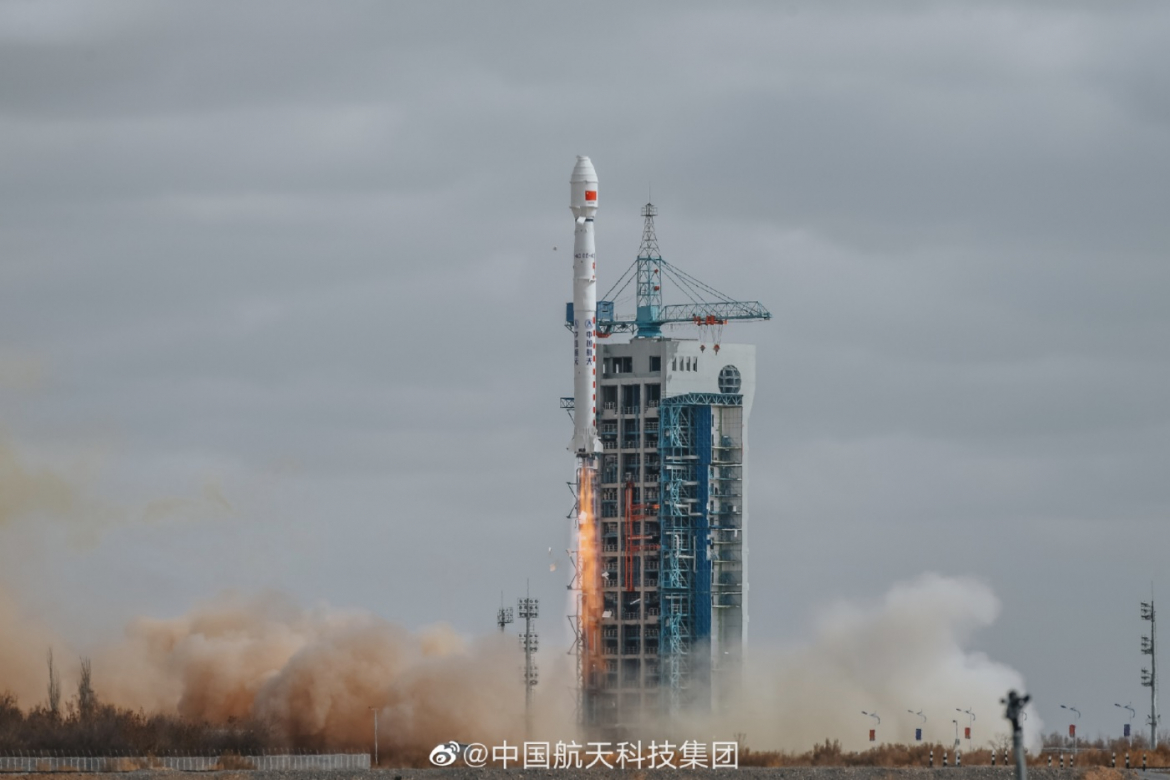 China has launched the Yaogan 34-02 satellite on a Chang Zheng 4C rocket today at 07:09 UTC. The military remote sensing satellite launch was confirmed to be successful and went to a 1,097 km low Earth orbit (LEO) with 63.4° inclination.

The launch was conducted from the Jiuquan Satellite Launch Center (JSLC) and used Launch Area 4 and the SLS-2 launch pad. This launch also featured a test payload for future payload hosting on the Chang Zheng 4C third stage. This seems to be comparable to the photon stage built by the American company Rocket Lab, in which the stage would conduct a second mission after the deployment of the primary payload.

The Yaogan military Earth-observation satellites are reconnaissance satellites with a variety of uses. These range from scientific experiments to surveying land and crops to disaster and environmental monitoring. Beyond that, these satellites most likely also fulfill military services, but that is never communicated publicly by the Chinese operators.

As usual, the exact usage of this satellite was not disclosed. Neither was the mass of the primary payload. There is also no detail about the secondary test payload, including whether it serves a purpose or was more a mass simulator to demonstrate future capabilities.

The first Yaogan mission launched in April 2006, and since then, over 30 launches were conducted that were either dedicated Yaogan launches or included a Yaogan spacecraft as a rideshare payload. They are launched on various combinations of the Chang Zheng rockets, mainly CZ-2 and CZ-4 family members. Yaogan Weixing translates to remote sensing satellite.

The latest Yaogan launch happened in November 2021, launching three payloads to orbit on a CZ-2. So far, only one mission of the program has failed during the launch, with the Yaogan 33 mission in May 2019. That launch was conducted on the same kind of rocket as today’s mission, the CZ-4C. During the mission, the third stage of the launcher failed, and the payload was lost.

For this mission, the Chang Zheng 4C (Long March 4C is used as the international name) was used. It is a 45.8 meter high and 3.35-meter wide three-stage rocket with a liftoff mass of approximately 250,000 kg. 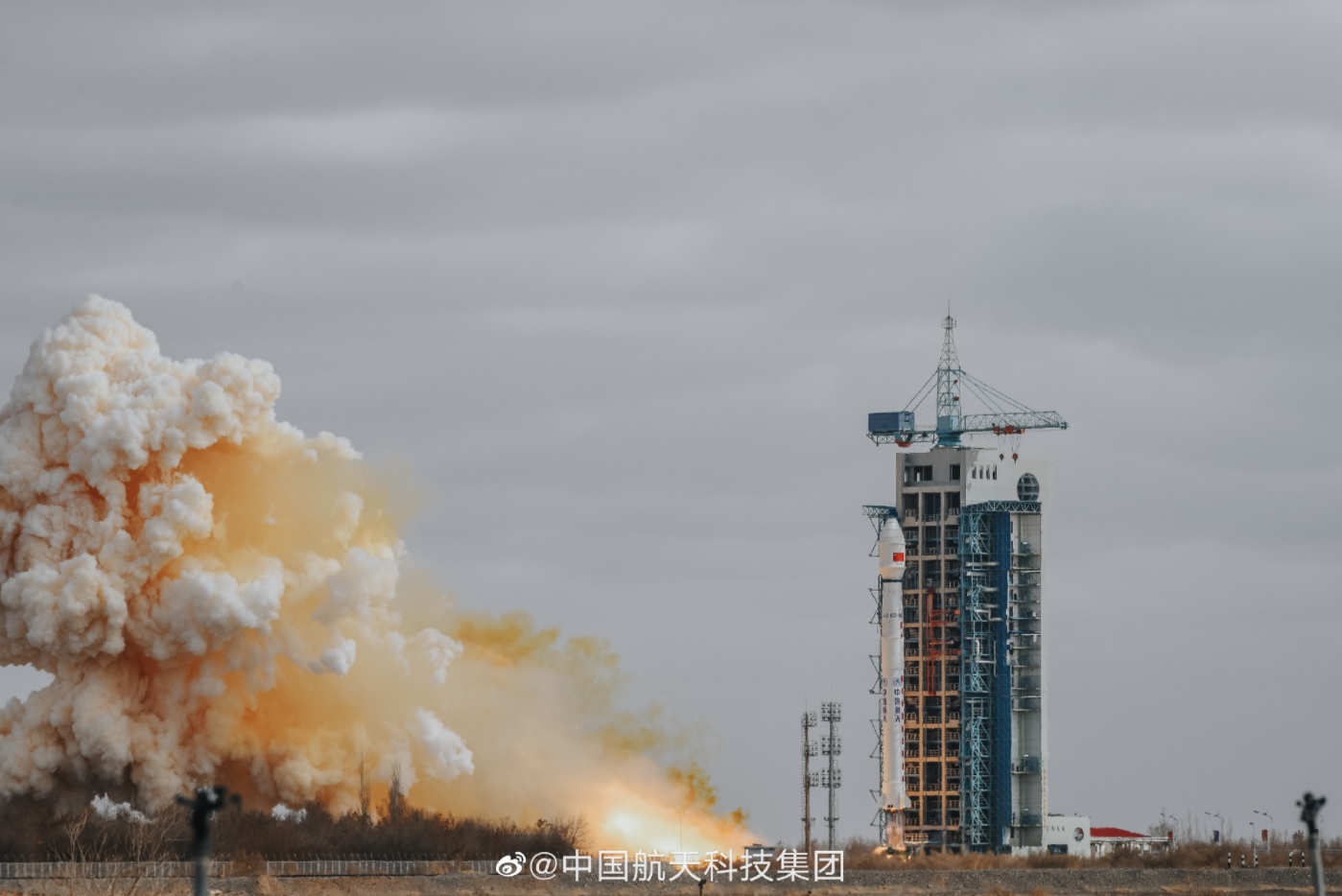 All three stages are powered by the same fuel, which is different from other early CZ-rockets that sometimes use hydrogen as an upper stage. CZ-4C uses Dinitrogen tetroxide as the oxidizer and Unsymmetrical dimethylhydrazine as the fuel of the three stages. This hypergolic combination is fueled ahead of launch, a possibility due to the propellants remaining stable at ambient temperature. The origin of this fuel combination is the Dongfeng 5 missile, which is the heritage from which the CZ-4C was developed.

The rocket is mainly used for LEO and Sun-synchronous (SSO) operations and has a payload capacity of 4,200 kg to the former and 2,800 kg to the later orbit. So far the rocket has launched 41 times, including this launch, of which two failed. This brings the rocket configuration to a current reliability rate of about 95%.

Its first stage stands 27.91 meters tall with a 3.35-meter diameter. It contains most of the liftoff mass with 182,000 kg and is powered by four of the YF-21C engines. This particular engine is used a lot in the early generation of the CZ-vehicles, while the later rockets often use the YF-100 engine powered by RP-1 kerosene and LOX. The engines provide a thrust of 2,961.6 kN at liftoff with a specific impulse of about 260 seconds.

After the rocket reaches the vacuum of space, the payload fairing separates from the third stage, exposing the satellite. During ascent, the fairing is needed to shield the satellite from aerodynamic forces and heat that the rocket experiences. To save weight, it is then disposed of after serving its purpose. 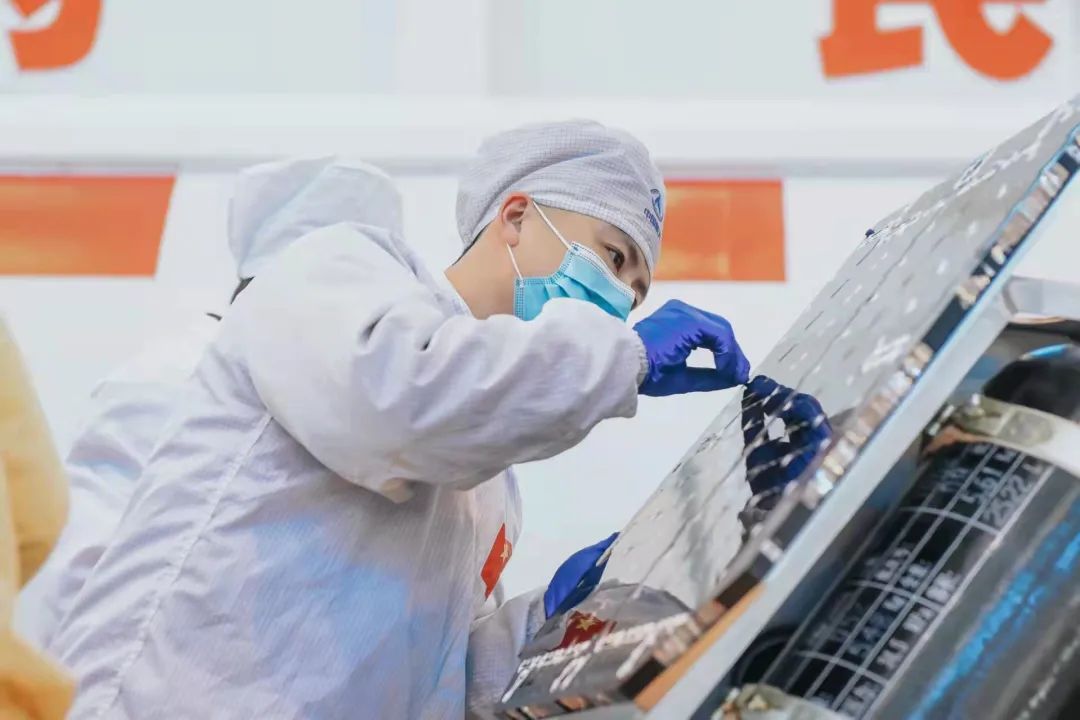 At last, the third stage ignites after separating from the second stage. It has a smaller diameter of only 2.9 meters and has a length of 14.79 meters. The single YF-40 gas generator engine provides a thrust of 100 kN with a high specific impulse of 412 seconds. It is used for the final orbital burn to bring the payload to its desired orbit. For this mission, it seems China demonstrated the capability to release the main payload, and then reignite the third stage again to deploy a secondary payload to another orbit.

This technology was developed by the Eight Academy. It is called a final “sub-stage verification test,” and was not yet confirmed to be a success. A modification to the third stage that was visible was the attachment of solar panels.

The Jiuquan Satellite Launch Center that was used for today’s mission was first opened over 60 years ago near the city of Jiuquan in the Gansu province. It is one of the major Chinese spaceports with six pads for all kinds of Chang Zheng family members. With its inland location, it regularly endangers Chinese citizens as rocket stages are dropped on villages and populated areas after separating from the second stage.

Jiuquan is not only an area of governmental spaceflight but also the region that might host the launch of the first methane-based rocket to space which could be the privately operated Zhuque-2 rocket.

Overall, this was the 411th launch of the Chang Zheng series of rockets. This is the sixth flight of this year and already the third flight of CZ-4C.

(Lead photo: Chang Zheng 4C lifts off from Jiuquan with the Yaogan-34-02 mission.)