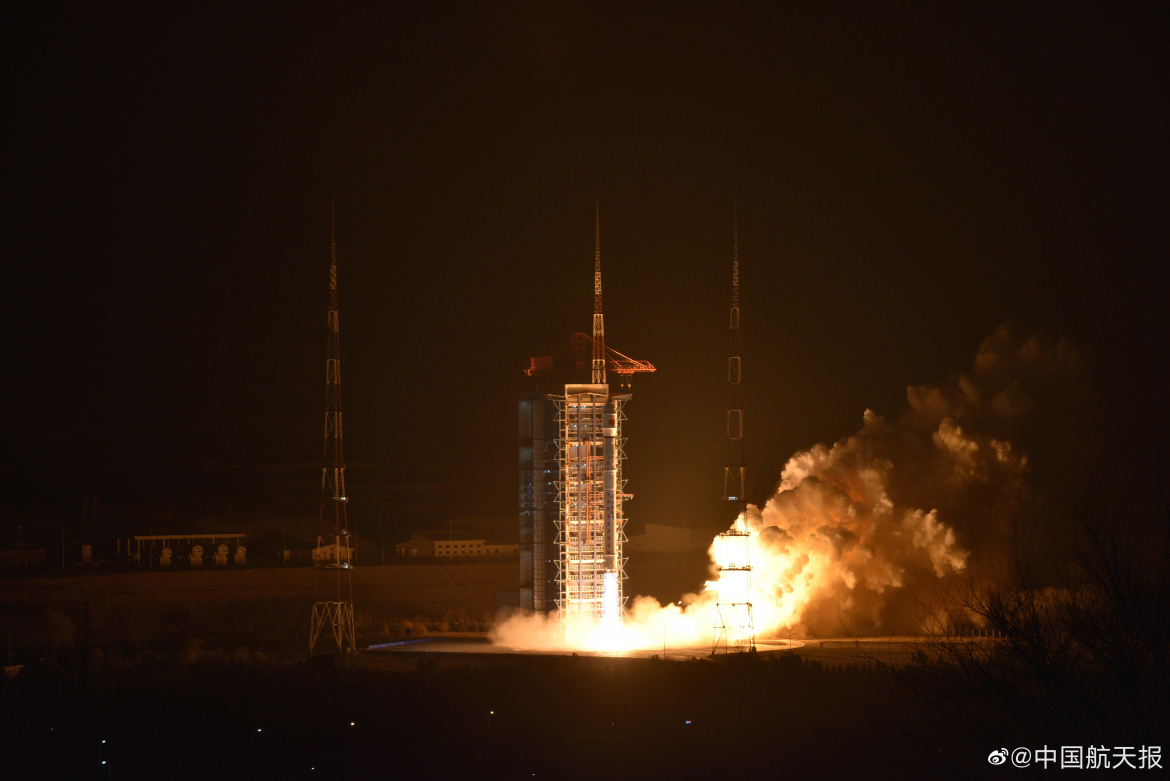 A Chang Zheng 4C has launched from Launch Complex 9 (LC-9) at the Taiyuan Satellite Launch Center in China at 2:16 AM local time on April 16 (18:16 UTC on April 15) with the Daqi-1 environmental monitoring satellite.

The Chang Zheng 4C (also known as Long March 4C) is a small to medium-sized satellite launch vehicle which the Chinese program has frequently used to fly Earth observation satellites. The CZ-4C has been in service since 2006 with 41 successes (including today) out of 43 attempts.

The Daqi-1 mission, like many other CZ-4C launches, flew from the Taiyuan launch center in north-central China, located in Shanxi province, which is well inland like the Jiuquan site where China launched its first satellite back in 1970. Today’s flight took a path southward, with the first stage impacting on land.

The CZ-4C is a three-stage launch vehicle that uses storable hypergolic dinitrogen tetroxide and unsymmetrical dimethylhydrazine as its oxidizer and fuel, respectively, in all stages. It is roughly comparable to some variants of the American Delta II or Indian PSLV vehicles with regard to lifting capacity to various orbits.

The CZ-4C and other CZ-2/3/4 series boosters trace their ancestry to the Dong Feng-5 ICBM, first tested in the early 1970s. As an ICBM, the DF-5, like the US Air Force’s Titan 2, needed to use storable hypergolic propellants to “launch on warning,” which accounts for the early Chang Zheng boosters’ use of N2O4/UDMH.

However, due to the propellant’s toxic nature, these rockets will be phased out in the future, with successor vehicles already flying. A seaside launch site on Hainan Island, the Wenchang Space Launch Site, has also been developed for these successor vehicles, while the CZ-4B at least has experimented with the use of grid fins to control first stage flight paths so they do not drop on populated areas. 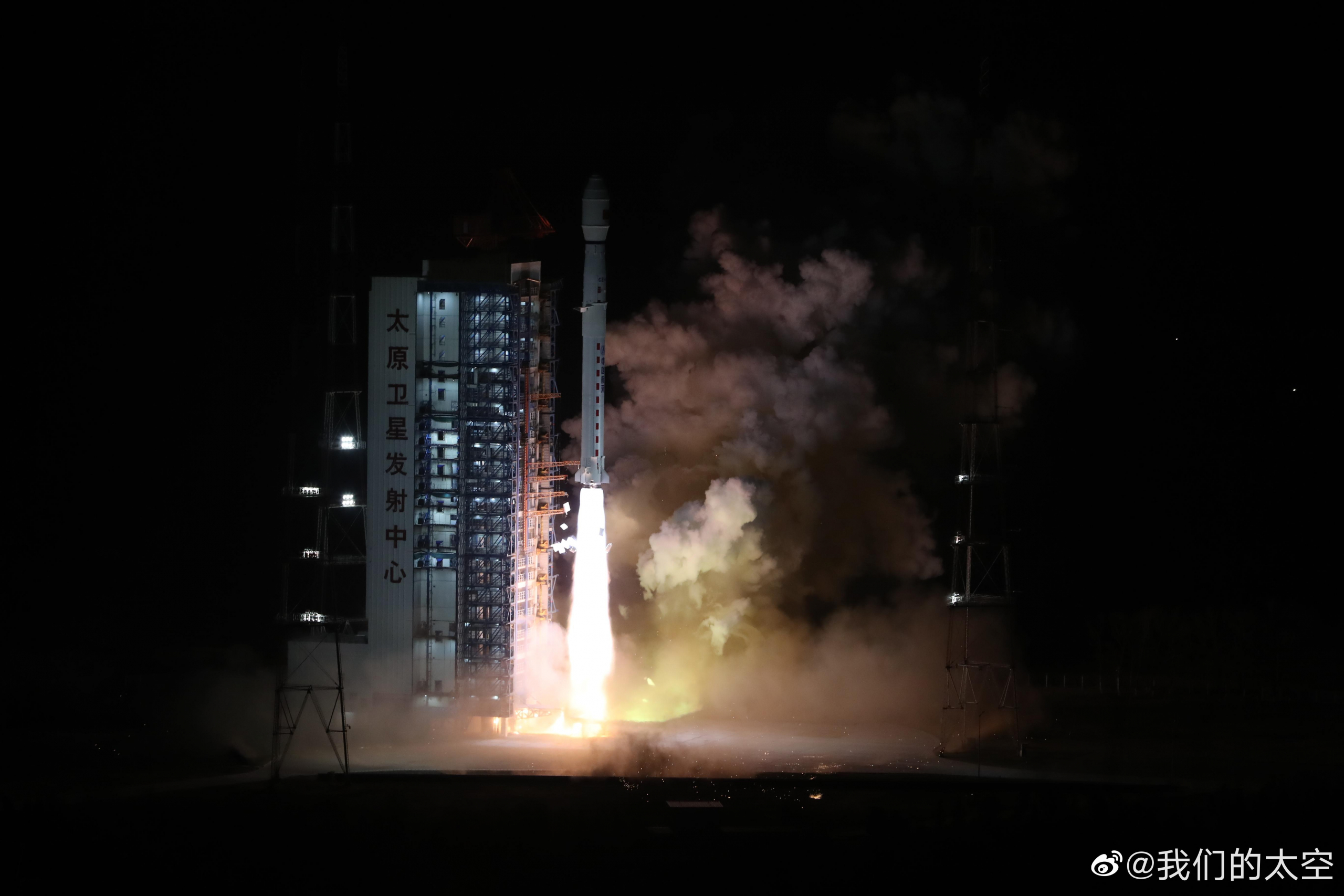 Chang Zheng 4C lifts off from Taiyuan with Daqi-1

The restartable third stage uses two YF-40A engines totaling 22,670 lbf of thrust. The third stage’s restart capability and larger fairing are the main points of difference between the CZ-4C and the earlier CZ-4B model first flown in 1999.

The CZ-4C on today’s flight launched Daqi-1 into a sun-synchronous polar orbit, which means that the satellite passes over any given point on the Earth’s surface at the same local mean solar time each day. This allows for consistent lighting angles for each observation.

The Daqi-1 satellite, also known as the Atmospheric Environment Monitoring Satellite, is developed by the Shanghai Academy of Spaceflight Technology (SAST) and is the first of a new series of Chinese satellites designed to monitor atmospheric gases and pollution.

This is especially important for China’s efforts to combat its well-known air pollution issues and to regulate its carbon dioxide emissions, as well as to monitor global climate change. 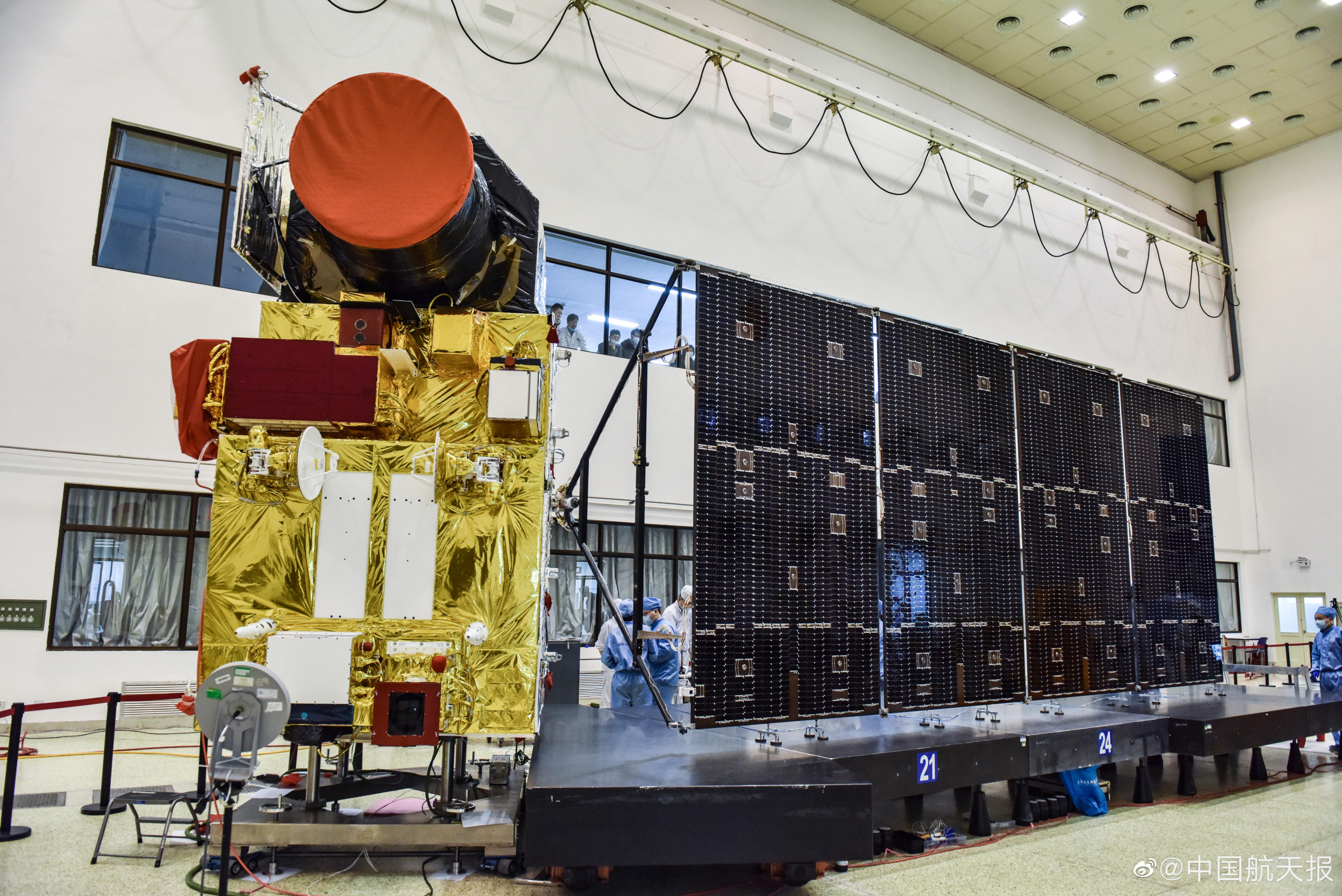 The Daqi-1 satellite before encapsulation and launch

Daqi-1 is also equipped to communicate with later Daqi-series satellites to coordinate observations. The next satellite in the series, Daqi-2, is planned to conduct high precision greenhouse gas monitoring, and other Daqi satellites will follow.

Today’s launch is the 416th Chang Zheng series launch and the 11th Chinese launch of 2022. This year will be significant for the Chinese space program on several fronts, with today’s launch of Daqi-1 being a key event for China’s atmospheric pollution monitoring capability.