Spacewalks, crewed missions, and science: March in orbit aboard the ISS 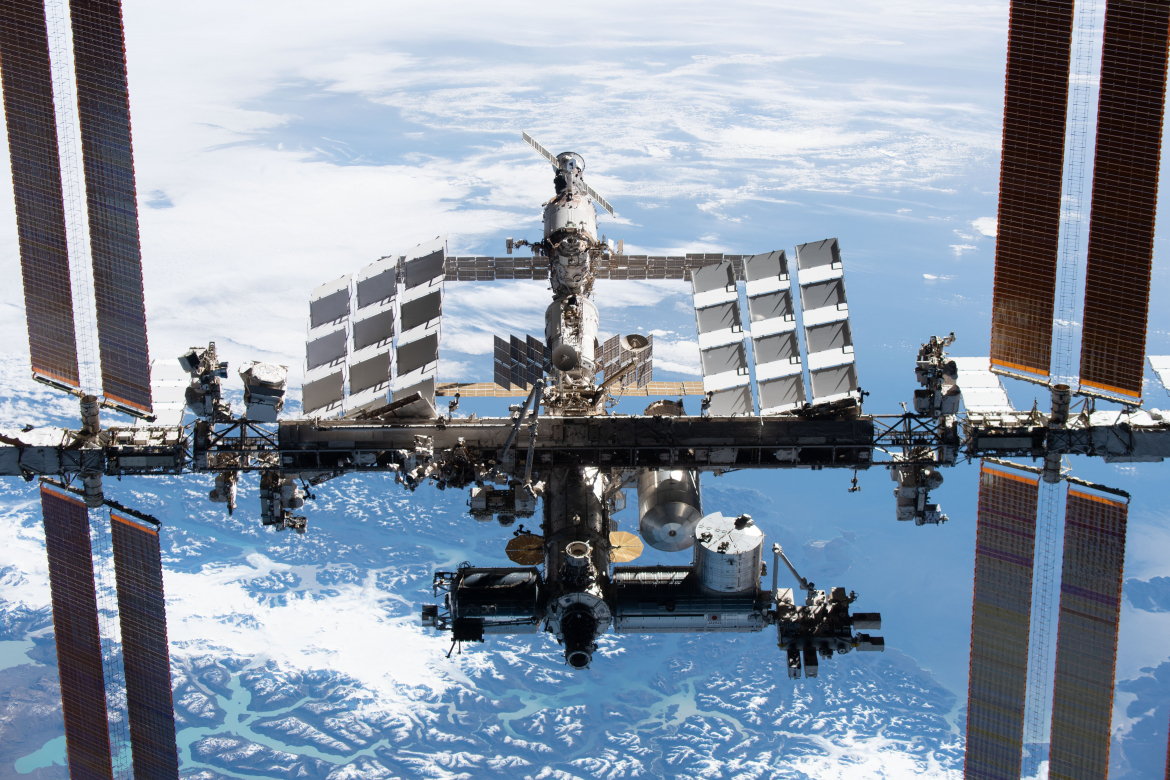 The International Space Station (ISS) and its astronauts had a busy March as teams performed spacewalks, welcomed new crewmembers, said goodbye to those returning to Earth, and prepared for the arrival of the first private mission to the iconic orbital outpost. All the while, groundbreaking science research was being performed using the space station’s many labs and instruments. 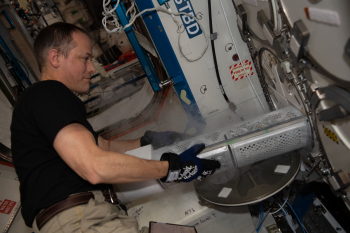 As these experiments were being done, Russian cosmonauts worked to prepare the Soyuz MS-19 spacecraft for its return to Earth, planned towards the end of the month, and replaced life support components in the station’s Russian modules.

On March 7, Vande Hei configured components inside the ISS’s Combustion Integrated Rack for the Solid Fuel Ignition and Extinction Study (SoFIE): a study investigating ways to improve fire suppression techniques and spacecraft safety while in space. Fire in microgravity does not behave the same way that it does on Earth. Materials burn differently and for longer periods of time, so scientists are planning to use the data from SoFIE and other experiments to improve fire safety in Earth orbit and, eventually, on missions to the Moon and Mars.

Early March also saw the Expedition 66 crew begin preparing for two spacewalks. On March 1, Chari worked on scrubbing cooling loops in two US Extravehicular Mobility Unit (EMU) spacesuits that were set to be used in the EVAs. Other astronauts reviewed various tools and procedures that would be used during the spacewalk. On March 3, Barron and Chari started assembling kits and equipment that would be used during the spacewalk.

On March 15, NASA astronauts Raja Chari and Kayla Barron exited the ISS and began a six-hour 54 minute spacewalk. The primary objective of the spacewalk was to prepare the ISS for the installation of two more ISS Roll-Out Solar Arrays (iROSA), which are set to be delivered to the station by an upcoming SpaceX Cargo Dragon mission.

On Mar. 15, @NASA astronauts Kayla Barron and @Astro_Raja performed a 6-hour and 54-minute spacewalk to build a support bracket onto which a future ISS roll out solar array (iROSA) will be mounted. https://t.co/UrTZQGt9OI pic.twitter.com/4LyFjuqTOw

During the spacewalk, Barron and Chari assembled and installed modification kits to the ISS truss structure where the solar arrays will be attached. Additionally, the astronauts constructed the support bracket where the arrays will be placed. The iROSA arrays will help increase the power available to the space station from 160 kilowatts to 215 kilowatts once all six arrays have been installed.

The work for Expedition 66 didn’t stop after the March 15 spacewalk, as the crew needed to prepare for the arrival of Soyuz MS-21.

Soyuz lifted off from the Baikonur Cosmodrome at 15:55 UTC (11:55 AM EDT) on March 18, carrying the first all-Roscosmos cosmonaut crew to the ISS in the program’s history, comprised of Oleg Artemyev, Denis Matveev, and Sergey Korsakov.

Following its successful launch and arrival in orbit, Soyuz MS-21 safely docked to the Russian Prichal module at 19:12 UTC (3:12pm EDT) the same day. The Expedition 66 crew then welcomed the MS-21 cosmonauts aboard after the Soyuz’s hatch was opened, temporarily bringing the size of the space station’s crew up to ten.

As the MS-21 crew adjusted to life on the station, Expedition 66 began preparing for the second of the month’s two planned spacewalks. The crew members also continued science experiments, research, and housekeeping aboard the ISS. 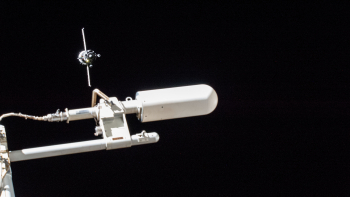 Each spacewalk that is performed on the ISS is typically performed to support maintenance, upgrades, and assembly of the orbital outpost. March’s spacewalks were the 247th and 248th spacewalks to be made at the ISS.

Once again, the work didn’t stop for the space station’s crew following the March 23 spacewalk. Next up on the agenda was the departure of the Soyuz MS-19 mission, as well as preparations for the arrival of the Axiom-1 mission aboard a SpaceX Crew Dragon vehicle. Axiom-1 is planned to be the first fully-commercial crewed mission to the ISS.

On March 24, the NASA Crew-3 astronauts called down to ISS mission controllers in Houston to discuss the arrival of Axiom-1 and the mission’s Flight Readiness Review, which began on March 25. As the four astronauts were talking with Houston, NASA astronaut Mark Vande Hei and his Soyuz MS-19 crewmates began preparing for their departure from the ISS, with the cosmonauts working to pack the spacecraft with items to be returned to Earth.

In between preparations for crew arrivals and departures, some members of the Expedition 66 crew worked on science experiments and research while others carried out housekeeping functions, including cleaning some of the modules following the March 15 and March 23 spacewalks. On March 29, a day before the planned departure of Soyuz MS-19, NASA astronaut Thomas Marshburn assumed command of the ISS from Anton Shkaplerov.

On March 30, the Soyuz MS-19 spacecraft undocked from the ISS, departing at 07:21 UTC (3:21 AM EDT) to carry Mark Vande Hei, Anton Shkaplerov, and Pyotr Dubrov home. A little over four hours after undocking, Soyuz reentered Earth’s atmosphere and its descent module made a successful parachute-assisted landing on the steppe of Kazakhstan at 11:28 UTC (7:28 AM EDT). Following their successful landing, Vande Hei flew back to Houston while Shkaplerov and Dubrov returned to Star City in Moscow.

The handover of command to Marshburn and subsequent departure of Soyuz MS-19 brought Expedition 66 to a close, with the remaining crewmembers transferring to Expedition 67.

Mark Vande Hei’s return to Earth ended the single longest continuous space mission for an astronaut in NASA history, clocking 355 total days in space before his landing in Kazakhstan. NASA’s record previously stood at 340 days, set by astronaut Scott Kelly between 2015 and 2016. The all-time record is still held by Russian cosmonaut Valeri Polyakov, who spent 438 days in orbit during a mission to the Mir space station from January 1994 to March 1995.