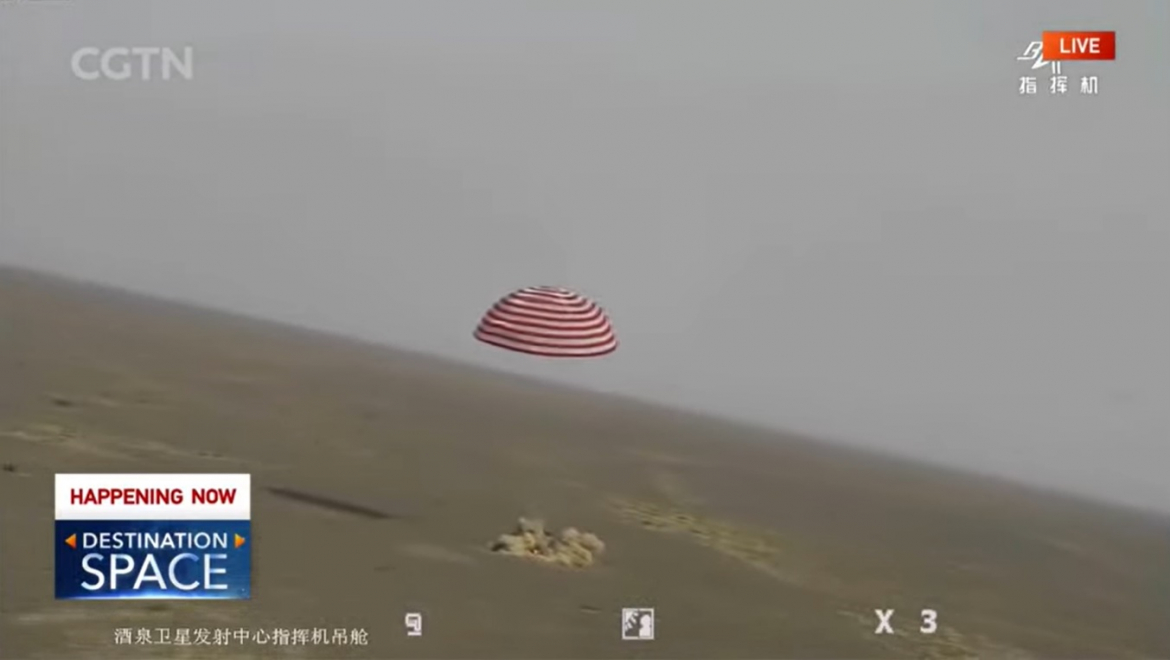 The Chinese Shenzhou-13 spacecraft and its crew of three taikonauts ended their six-month mission with a return to Earth on Saturday, 16 April after completing the first long-duration stay aboard the Chinese Space Station.

The spacecraft undocked and began the trip home on Friday, 15 April, ahead of reentry into Earth’s atmosphere. Touchdown occurred at the Dongfeng Landing Site in China’s Inner Mongolia region, located only a handful of kilometers away from the Jiuquan Satellite Launch Complex.

Shenzhou-13 was the eighth crewed mission for the Chinese human spaceflight program, which started with the successful flight of Yang Liwei aboard Shenzhou-5 in October 2003. This gave China the distinction of becoming only the third nation capable of launching crewed missions, behind the United States and Russia.

Since then, a total of 12 taikonauts – the unofficial designation for Chinese astronauts – have flown to space, including the Shenzhou-13 crew. 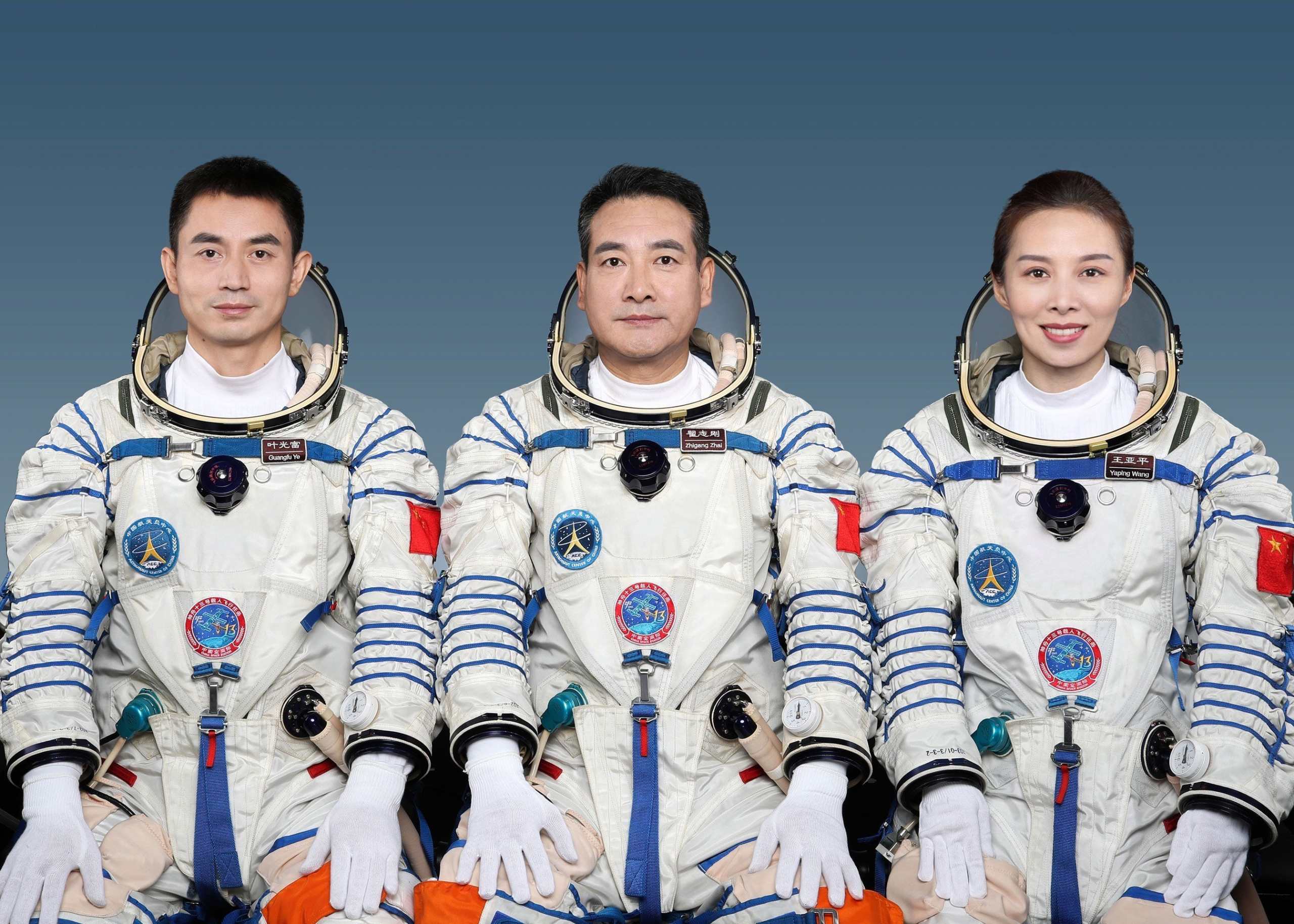 Leading China’s most recent human spaceflight was Zhai Zhigang, a major general in the People’s Liberation Army and an experienced taikonaut, having joined the Chinese human spaceflight program in 1998 and becoming the first Chinese person to conduct a spacewalk during the Shenzhou-7 mission in September 2008.

Female taikonaut and People’s Liberation Army Air Force colonel Wang Yaping also has experience within the Shenzhou program. She became the second Chinese woman to fly to space when she flew on Shenzhou-10 in June 2013, and now holds the distinction of being the first woman to reside aboard the newly-constructed Chinese Space Station.

Ye Guangfu, a PLAAF pilot, was the only Shenzhou-13 crew member who was a first-time flier. He was selected to join the taikonaut corps alongside Wang Yaping in 2010, serving as a backup crew member for the Shenzhou-12 mission that launched in June 2021. 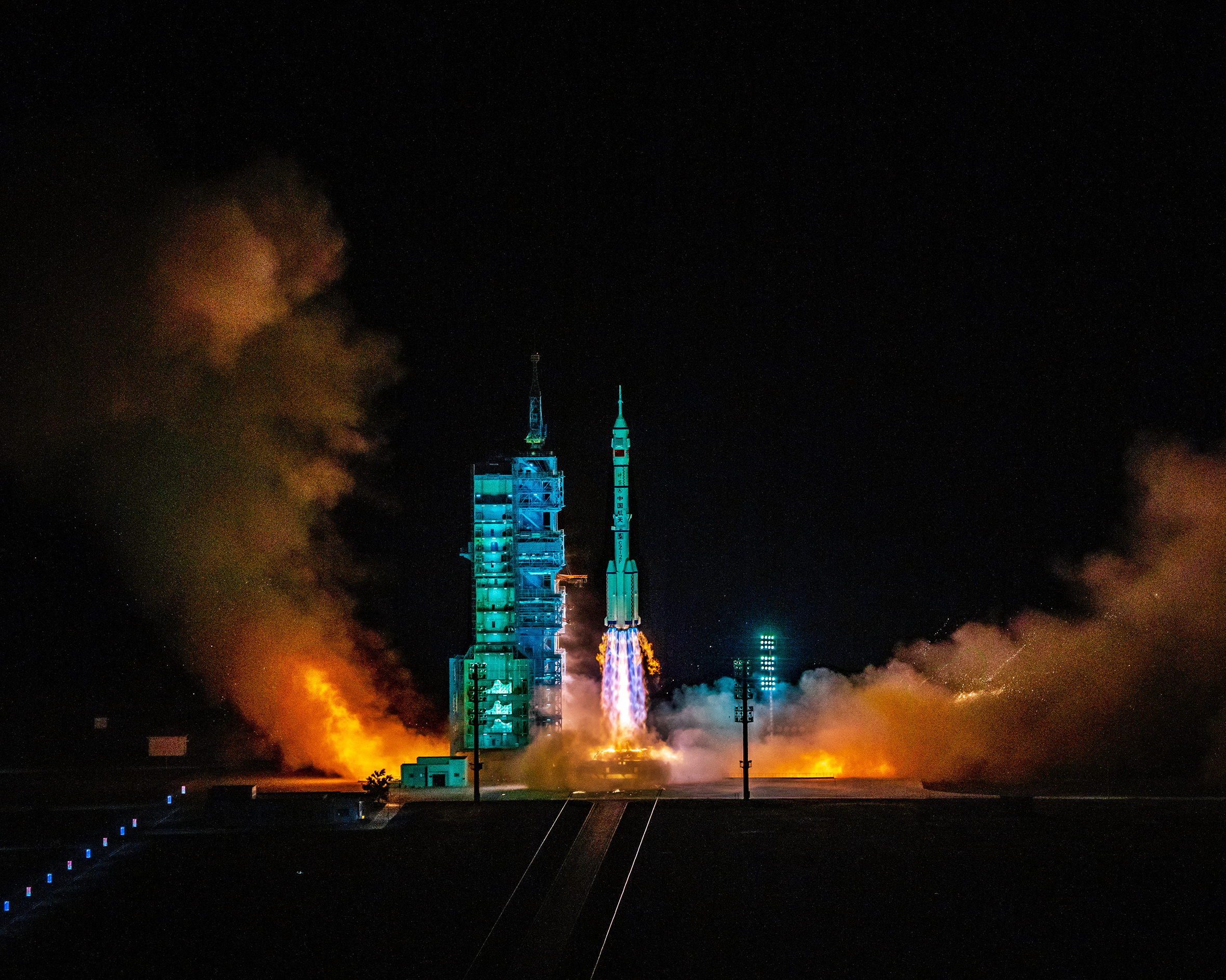 Once onboard, Zhai, Wang, and Ye got to work conducting scientific experiments in microgravity, similar to those performed aboard the International Space Station. These included cytological experiments, tests on objects in motion, and the study of surface tension of liquids.

Three EVAs or “spacewalks” were planned to be performed during the Shenzhou-13 mission to complete the construction of the Chinese Space Station. However, only two ventures outside the station were necessary.

The first planned EVA was carried out on 7 November, 2021, with Zhai Zhigang and Wang Yaping egressing the Tianhe core module to conduct equipment tests and install a robotic arm suspension device and a combination adapter. The spacewalk lasted for 6 hours and 25 minutes in total.

During this, Wang Yaping became the first Chinese woman to conduct an EVA, following in the footsteps of cosmonaut Svetlana Savitskaya and astronaut Kathryn Sullivan as the first women of their respective countries to “walk” in space. 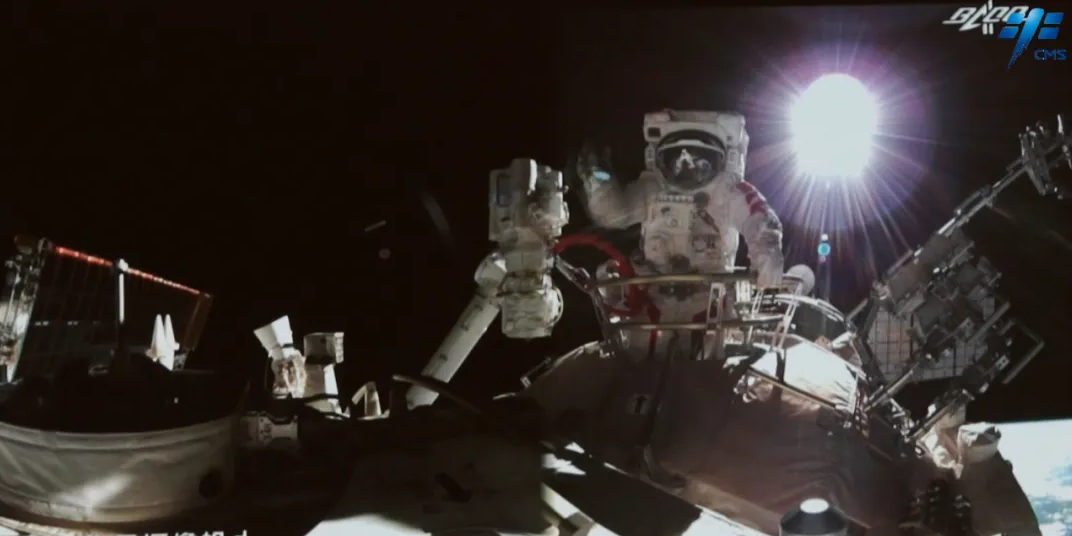 A second EVA took place a month later on 26 December, with Ye Guangfu embarking on his first-ever spacewalk alongside mission commander Zhai Zhigang. Together, they worked to deploy an external camera known as “panoramic camera C,” along with a foot restraint platform.

Zhai and Ye also tested differing methods of translation, or movement, of objects outside the station. All in all, the second spacewalk lasted 6 hours and 11 minutes.

During their time living and working aboard the Chinese Space Station, Zhai, Wang, and Ye hosted lectures from space to educate younger Chinese students, in order to motivate them to use science and technology to promote the long-term development of the nation. Classes were mainly held in the China Science and Technology Center in Beijing, with other “branch classrooms” supporting lessons in other regions of China.

One lecture took place on 9 December, 2021, along with a second session on 23 March, 2022. During these lectures, the crew taught science lessons and showcased experiments to the students while also taking the opportunity to answer questions from the classrooms.

Elon Musk @elonmusk of SpaceX gave a quick intro for the Tiangong (CSS) Q&A session with the US young generation. Credits: @SegerYu pic.twitter.com/25Dh8xZY1m

On Sunday, 10 April 2022, a Q&A session was held between the three Shenzhou-13 taikonauts and American students at the Chinese Embassy in Washington, D.C., officially hosted by the Chinese Ambassador to the United States. SpaceX CEO and founder Elon Musk also featured in the event, offering a pre-recorded statement on his wishes for continued cooperation in space.

With their mission coming to a close, Zhai, Wang, and Ye began preparing for their return to Earth in mid-April. Hatch closure between the Shenzhou-13 spacecraft and the Chinese Space Station took place on Friday, with undocking occurring soon after. 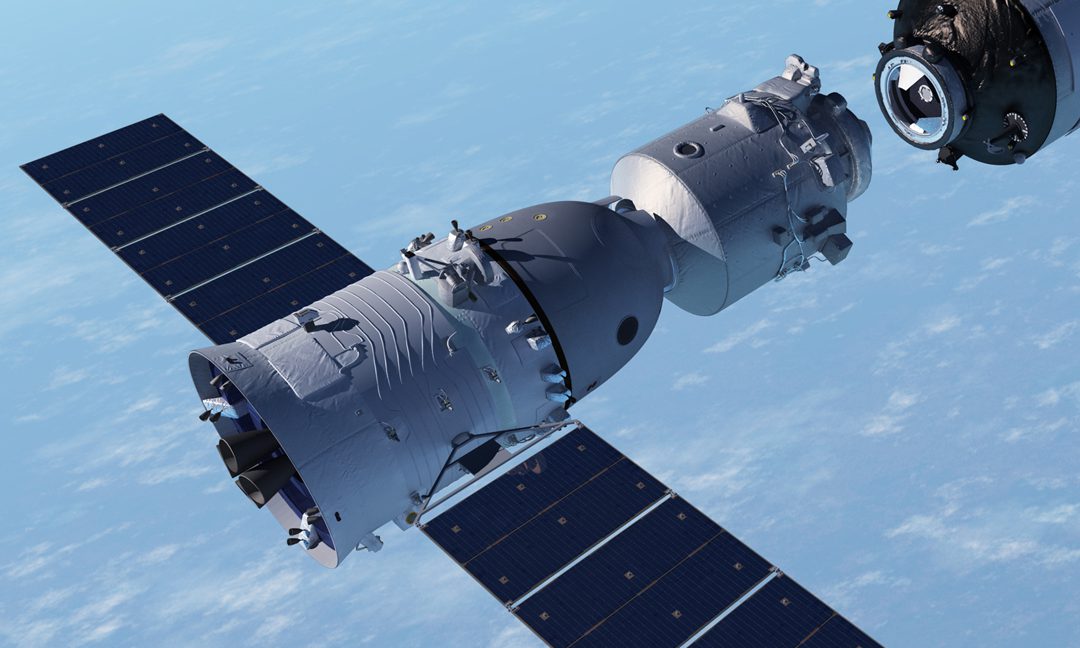 Artistic render of a Shenzhou spacecraft about to dock to the Chinese Space Station. (Credit: CMSA)

The crew took residence within the Shenzhou Reentry Module after their departure from the Chinese Space Station. Once the uppermost Orbital Module was jettisoned, the deorbit burn was performed. After the burn was finished, the lower Service Module were jettisoned, clearing the way for the plunge into Earth’s atmosphere.

During reentry, Zhai, Wang, and Ye were protected thanks to a 450 kilogram heat shield that is present on the Shenzhou Reentry Module. Chinese state media coverage of the crew’s return showed what appeared to be a nominal entry profile, followed by parachute deployment to further slow the spacecraft’s descent.

A soft touchdown at the Dongfeng Landing Site in Inner Mongolia occurred at 01:56 UTC on Saturday. Extraction of the taikonauts by recovery crews followed shortly afterward.

The second phase of the Third Step will feature the addition of new modules to the Chinese outpost, such as the Wentian and Mengtian Laboratory Cabin Modules. These are expected to be launched and installed throughout 2022, while the Shenzhou-14 crewed mission is ongoing.

China plans to use the station to foster its own permanent human presence in space, along with the United States and Russia. Future missions are expected to feature the inclusion of international crew members, as crewed flights to low Earth orbit continue to increase in frequency.