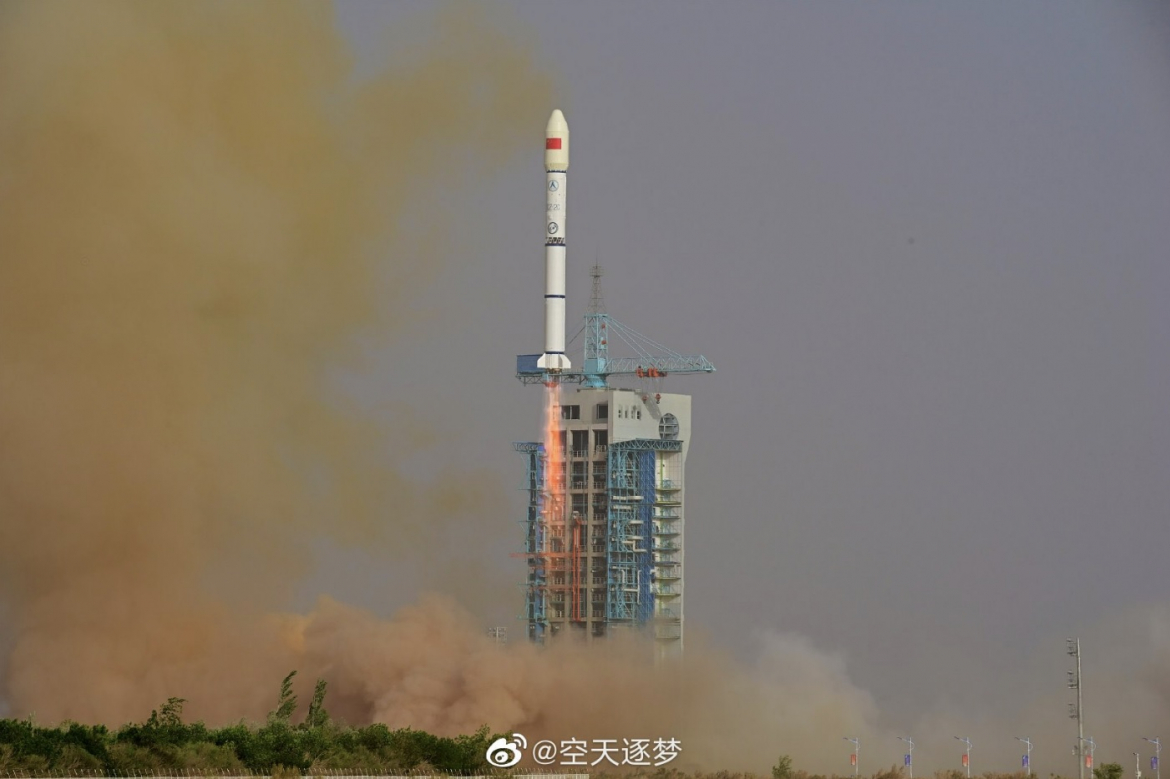 China launched three payloads onboard a Chang Zheng 2C rocket today at 10:30 UTC and confirmed the success of the launch an hour later. For this flight, the additional Yuanzheng-1S third stage was used. The launch was conducted from the Jiuquan Satellite Launch Center (JSLC) and the rocket flew to a low Earth orbit (LEO).

So far no details were released about the payloads, and only minimal information is out regarding the purpose of the three payloads.

Two of the satellites are developed by Chang Guang Satellite Technology Co. Ltd. The main operational area of this company is remote sensing satellites, however, these satellites today are confirmed to be for LEO communication as the company might expand its business envelope.

The third payload was also referred to as a technology verification test. It was built by the China Association for Science and Technology (CAST). No further details were given for this payload either.

After initial suspicion that they might be related to an August 2021 launch that showed very similar conditions, this was ruled out as more information about this launch arrived.

Together with this launch, it was announced that more Chinese CZ-2C will fly again this year. One more is being prepared right now in Xichang ahead of its launch. It is not clear what payloads will fly on these flights. One more CZ-2 is getting prepared for launch in Jiuquan as well, for a launch in the near future.

Chang Zheng 2C was used for today’s launch. It is a two-stage vehicle, developed and build by the China Academy of Launch Vehicle Technology (CALT) and has been active for almost 40 years. This launch included, it has launched 62 times so far, with only one failure on the Shijian 11-04 mission.

The rocket stands 42 meters tall with a diameter of 3.35 meters. At liftoff, it masses 233,0000 kg with the majority of the weight being the first stage.

It can lift up to 3,850 kg to Low Earth Orbit (LEO), and 1,400 kg to a Sun-synchronous orbit (SSO). Most of its launches are in these two orbits, as it lifted a lot of optical and Earth observation satellites in the past.

In today’s launch, the optional Yuanzheng-1S was used. This upper stage can be used to help the capabilities of the rocket in higher energy orbits. It was last used on the Yaogan 32-02 A/B mission in November 2021.

The first stage is 42 meters tall, masses 162,706 kg and at liftoff and uses unsymmetrical dimethylhydrazine (UDMH) as a propellant, and dinitrogen tetroxide (N2O4) as an oxidizer to power its four YF-21C engines.

The YF-21C engine is part of the YF-20 family that is used in a lot of early Chinese rockets. All of them are powered by the same hypergolic combination that is used in today’s flight as well. The YF-21C is a Gas Generator engine with a specific impulse of 260.69 seconds and a gimbal range of 10 degrees. It masses 700 kg and, combined, the four engines produce a liftoff thrust of 2,961.6 kN.

It is used on CZ-2C and CZ-2D, as well as the CZ-3 and CZ-4 families. It was also used on the Feng Bao 1 first stage, which was a Chinese launch rocket in the 1970s, which was later phased out and replaced by the Chang Zheng 2, which shared many parts of the design.

The second stage is 7.757 meters tall with the same diameter as the first stage. It masses 54.667 kg at liftoff and is powered by an engine module called YF-24E. This module consists of a single YF-22E upper stage engine and four YF-23 vernier engines for flight maneuvering. 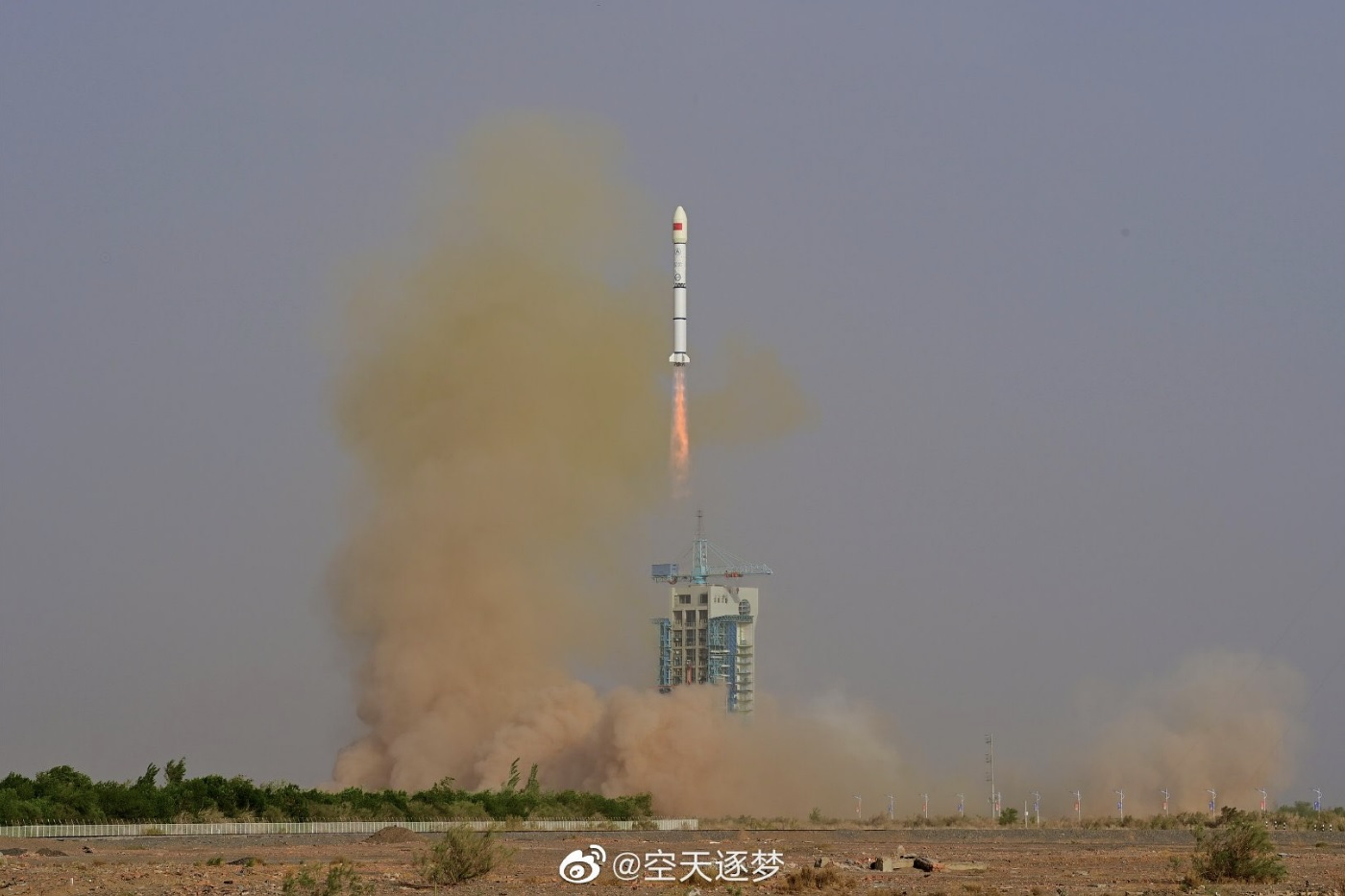 It has a specific impulse of 289 seconds with 741.1 kN of thrust on the main engine. The four vernier engines produce 47.1 kN. This upper stage does not feature relight capabilities.

What can relight is the single YZ-1S upper stage that was used on this flight. The kick stage is an improved version of the initially used Yuanzheng-1 that was developed for CZ-3. It features the same propellant mix, and a single YF-50D engine to power the final phase of ascent.

YF-50D features a very low thrust of only 6.5 kN with a specific impulse of 315.5 seconds. It can do multiple burns over a lifetime of six and a half hours. A variation of this space tug is used on many Chinese Launchers, including CZ-5, CZ-2D, and CZ-7.

Today’s launch was conducted from the Jiuquan Satellite Launch Center (JSLC). It is located in the Gobi Desert in China and was founded over 60 years ago in 1958. In the past it not only was the home of many Chang Zheng family rockets, but also saw the launch of Hyperbola-1 rockets.

Jiuquan also has the chance to be the launch site of the first methane based rocket in orbit, as the LandSpace Zhuque-2 rocket gets closer to its debut. LandSpace recently published pictures of a fully assembled flight prototype that will attempt to launch to orbit no earlier than this summer.