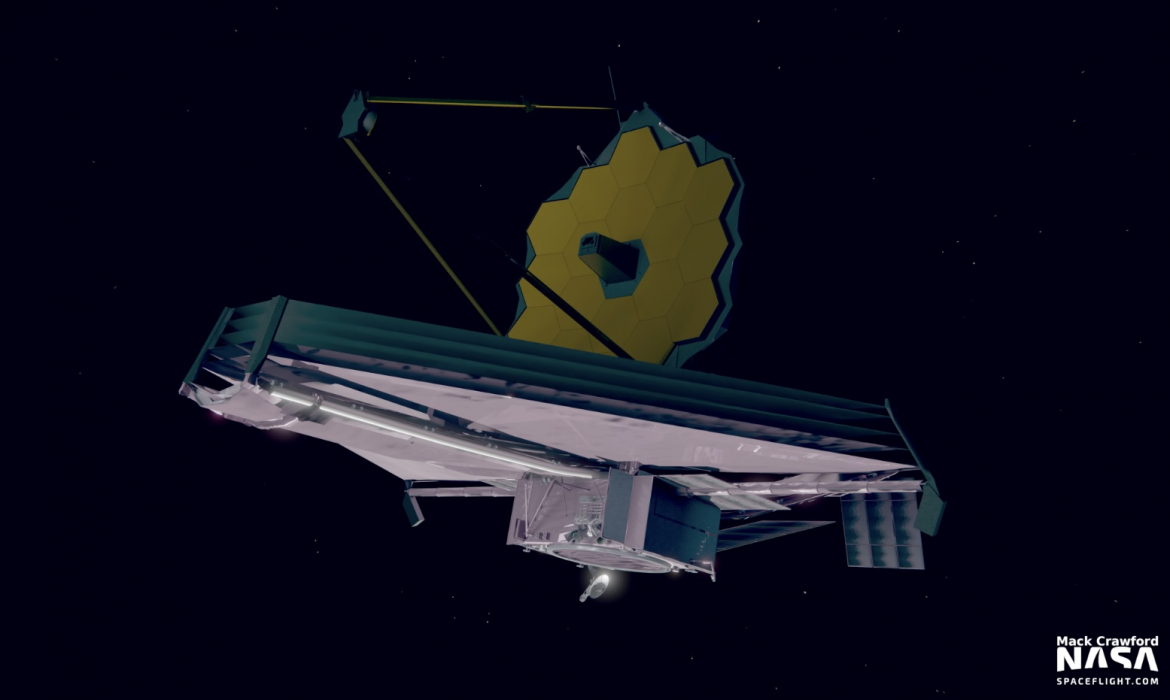 Over the past five months, the James Webb Space Telescope and the joint NASA, European Space Agency, and Canadian Space Agency teams behind the project have been working towards the completion of the observatory’s six-month-long commissioning phase at the Sun-Earth Lagrange point 2 (L2). With the observatory’s mirrors recently completing alignment, Webb and its teams are preparing for the all-important and historic first image from the observatory.

As teams continue to work towards completing commissioning, some of the first scientific research targets of Webb’s operational phase have been announced, including two strange and intriguing exoplanets that exhibit unique characteristics.

After launching in December 2021, the James Webb Space Telescope (JWST) successfully deployed its mirror assemblies and arrived on station at L2. It has since been undergoing checkout and commissioning operations ahead of beginning its science mission.

Once Webb is finally ready for operations, it will release its first images which will be focused on bright stars. While Webb’s first images will undoubtedly contain some data of scientific interest, their goal is not to investigate or research these stars. Instead, they will be used to confirm that Webb as a whole is performing as expected at L2 and that there are no issues with the observatory’s complex optical systems.

After confirming that all of the optical and structural systems are operating as planned, James Webb’s commissioning phase will be complete and the observatory will assume operational status. Webb and its science teams have already lined up a plethora of research targets for the first few weeks of the observatory’s operational phase, some of which may produce images as we’ve never seen before from other telescopes.

Among the many research targets outlined for Webb’s first few weeks of operation are two exoplanets that exhibit unique characteristics: 55 Cancri e and LHS 3844 b. 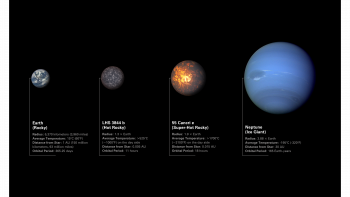 55 Cancri e is an extremely hot super-Earth exoplanet located 41 light-years away in the constellation Cancer, where it orbits its Sun-like parent star 55 Cancri A. The exoplanet is around double the diameter of Earth and is around 8.63 Earth masses. At the time of its discovery in August 2004, it was the first super-Earth to be found.

Orbiting just 1.5 million miles from 55 Cancri A, the exoplanet completes one orbit around its parent star in just 18 hours and is thought to feature oceans of lava on its dayside due to its extremely hot surface temperatures.

What’s more, 55 Cancri e is likely tidally locked due to its close proximity to 55 Cancri A. This would be expected to ensure that the parts of the surface facing the star most directly would be the hottest region of the planet. Telescope data from NASA’s Spitzer Space Telescope, however, suggests otherwise – showing that the exoplanet’s hottest region is offset from this position. Spitzer data also indicates that the total amount of heat on the dayside of the planet varies.

So why is this? Why wouldn’t the hottest region of 55 Cancri e be the region facing its parent star most directly?

One of the leading theories behind the Spitzer observations is that 55 Cancri e may have a thick and dynamic atmosphere that moves heat around the planet from various regions. Another theory behind the occurrence could be that 55 Cancri e isn’t actually tidally locked, and is instead more like Mercury: orbiting on its axis three times for every two orbits it completes around 55 Cancri A in what is called a 3:2 resonance.

“That could explain why the hottest part of the planet is shifted,” explained Alexis Brandeker of Stockholm University when discussing the 3:2 resonance theory. “Just like on Earth, it would take time for the surface to heat up. The hottest time of the day would be in the afternoon, not right at noon.”

Furthermore, the 3:2 resonance scenario would cause 55 Cancri e’s surface to heat up, melt, and vaporize into the exoplanet’s atmosphere. When the vapor eventually cools in the evening, it could condense and form droplets of lava that would subsequently rain onto the exoplanet’s surface.

To truly determine the cause of 55 Cancri e’s heat distribution, Webb teams will use the observatory’s Near-Infrared Camera (NIRCam) and Mid-Infrared Instrument (MIRI) in different ways to test each theory. When testing the first theory involving a thick atmosphere, teams will use NIRCam and MIRI to view the thermal emission spectrum from the dayside. To test the second theory wherein the exoplanet isn’t tidally locked, teams will use NIRCam to observe and measure the heat emitted from the dayside over four orbits, allowing teams to measure each hemisphere of the exoplanet twice if the exoplanet truly has a 3:2 resonance. This allows teams to observe whether there are any differences between the planet’s two hemispheres.

“55 Cancri e could have a thick atmosphere dominated by oxygen or nitrogen. If it has an atmosphere, [Webb] has the sensitivity and wavelength range to detect it and determine what it is made of,” explained Renyu Hu of NASA’s Jet Propulsion Laboratory.

Another research target for Webb is another extremely hot super-Earth exoplanet named LHS 3844 b. Located 49 light-years away orbiting red dwarf LHS 3488, LHS 3488 b – like 55 Cancri e – orbits extremely close to its parent star, completing one orbit around it in just 11 hours.

LHS 3488 b’s parent star is a red dwarf, meaning it is much cooler and smaller than Sun-like stars such as 55 Cancri A. Due to its parent star’s small size,  LHS 3488 b is not hot enough to have a molten surface like 55 Cancri e and Spitzer data suggests it likely does not have an atmosphere surrounding it. 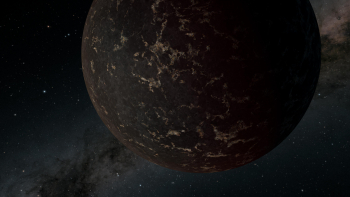 The lack of an atmosphere around LHS 3488 b gives scientists the chance to carry out a thorough examination of possible rock formations and other surface characteristics using telescopes. Although Webb is not capable of imaging the exoplanet’s surface directly, teams can use spectroscopy to study it.

The team of scientists, led by Laura Kriedberg of the Max Planck Institute for Astronomy, will use MIRI to observe and measure the thermal emission spectrum of the dayside of LHS 3488 b. Once the team has captured the emission spectrum from the planet, they will compare it to the spectra of rocks such as basalt and granite to determine the composition of the exoplanet’s surface.

“It turns out that different types of rock have different spectra. You can see with your eyes that granite is lighter in color than basalt. There are similar differences in the infrared light that rocks give off,” Kreidberg explained.

“They (the exoplanets) will give us fantastic new perspectives on Earth-like planets in general, helping us learn what the early Earth might have been like when it was hot like these planets are today.”

Webb’s observations of 55 Cancri e and LHS 3488 b are part of the observatory’s Cycle 1 General Observer program. Under the General Observers program, scientists can submit research targets for Webb to observe for their research. This same process is also used with the Hubble telescope to allocate time for scientists.