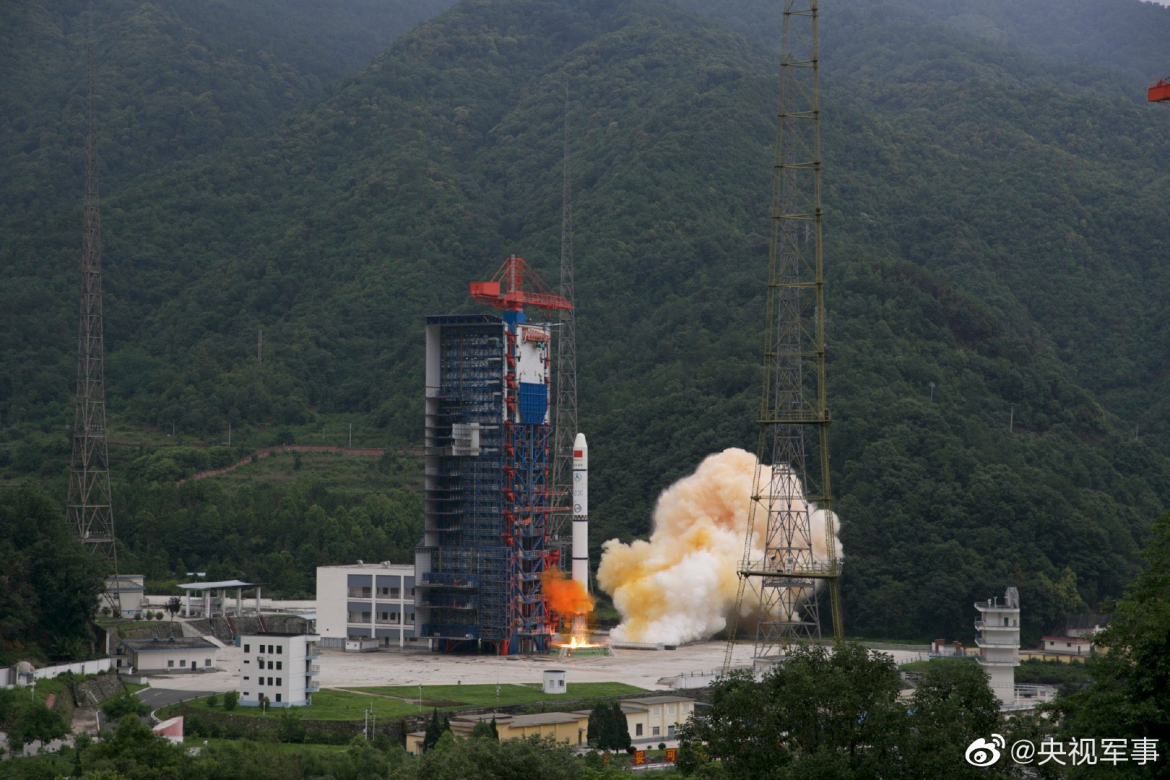 The GeeSAT-1 satellites were developed by Chinese commercial company Geespace, which describes them as the “first modular, high-resilience, high-performance, mass-produced low-orbit satellites in China”. The satellites are designed to provide centimeter-accurate positioning and connectivity for autonomous road vehicles.

Geespace is a subsidiary of Geely Technology Group, which also owns Geely Automobile, the Chinese automotive company, as well as stakes in other vehicle manufacturers around the world.

Thursday’s launch was the company’s second attempt to get its satellites into orbit, after losing a pair of prototype spacecraft in the failure of Kuaizhou-1A last December. This time, with the aid of a different launch vehicle, the mission was successful and all nine satellites were placed into low Earth orbit at an altitude of approximately 620 kilometers. 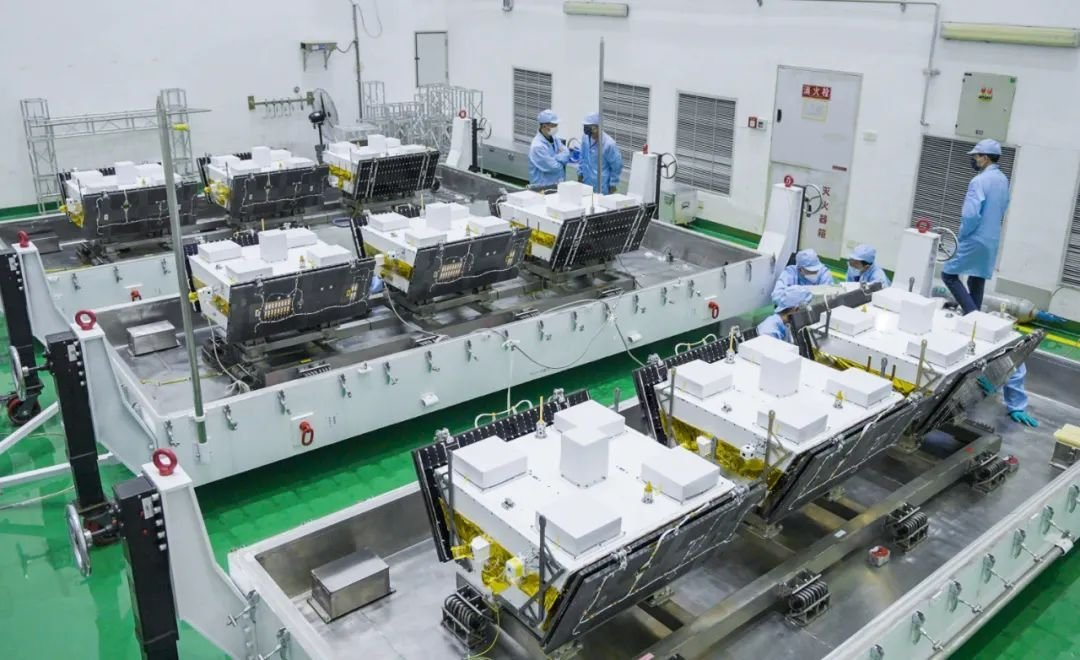 The successful launch of these satellites marks the beginning of deployment for the Geely Future Mobility Constellation (Jili-01), a planned network of 240 GeeSATs providing navigation data for Geely’s autonomous vehicles. Geely aims to use the system to become one of the world’s first providers of commercial Precise Point Positioning and Real-Time Kinematic Services (PPP-RTK).

In the more immediate future, the GeeSATs will also play an important role in environmental monitoring as a part of Geely’s Blue Guardian program. This will use the satellites to monitor maritime water quality and track debris. The company also noted the customizable nature of GeeSATs to “meet the growing global demand for commercial satellites” implying that these spacecraft can be adapted to various roles, with satellite platforms ranging from 10 kg to 3,000 kg to meet requirements. Geespace has refined its manufacturing capability, allowing it to produce up to 500 units per year to meet this demand.

The first, 72-satellite-strong, phase of the constellation is expected to be complete by 2025 and will provide full coverage of China and the Asia-Pacific region. The remaining 168 spacecraft will follow in due course, expanding the constellation to allow for global coverage.

Based on the GeeSAT100 platform, each of the initial GeeSAT-1 satellites has a mass of approximately 100 kg and an operational lifespan of five years. At the end of their service, the satellites will utilize their onboard propulsion systems to lower their orbits, ensuring they promptly re-enter the Earth’s atmosphere and do not contribute to the growing issue of space debris.

In addition to the nine now on-orbit and the two lost in December’s launch failure, Geespace have already manufactured another three GeeSAT-1 spacecraft as they look to continue populating their upcoming constellation.

For Thursday’s mission, the GeeSAT spacecraft flew aboard a Chang Zheng 2C (CZ-2C) launch vehicle. Also known as the Long March 2C, this is a two-stage, liquid-fuelled rocket that is one of the smallest members of the Chang Zheng family of rockets operational today. It is manufactured by the China Academy of Launch Vehicle Technology (CALT) and measures 42 meters in length and 3.35 meters in diameter, with a payload capacity of 3,850 kg to low Earth orbit in its standard configuration.

A rare video that included sequences of the Long March 2C launch. GeeSat is a constellation for vehicular communication & navigation, while it also carries remote sensing payloads. The first 2 GeeSats were lost in the Kuaizhou-1A failure last year#CZ2Chttps://t.co/XWPVgyvnh1 pic.twitter.com/1c7C9tGYL6

The CZ-2C can trace its lineage back to the Dongfeng-5 intercontinental ballistic missile (ICBM) developed for the Chinese military, however for its operations as a launch vehicle, the Chang Zheng has undergone significant modifications to better adapt it for this very different role.

Thursday’s launch flew out of the Xichang Satellite Launch Center (XSLC), which is situated in southwestern China. The launch facility has been operational since 1984 and has two operational launch complexes for the Chang Zheng family of rockets. Launches of the CZ-2C take place from Launch Complex 3 (LC-3).

The rocket’s first stage was powered by four YF-21C engines, burning unsymmetrical dimethylhydrazine (UDMH) and dinitrogen tetroxide (N2O4): easily-combustible but toxic hypergolic propellants. Lifting off under nearly 3,000 kN of thrust, the first stage depleted its propellant around two minutes into the flight.

After separating from the rocket the spent stage re-entered and crashed back to Earth, with the second stage taking over to continue boosting the satellites into orbit. Due to the toxic nature of its hypergolic propellants and China’s use of inland launch sites, much controversy has been drawn from spent stages landing near populated areas in recent years. While this issue is not exclusive to the Chang Zheng 2C, it has been particularly noted on launches out of Xichang. 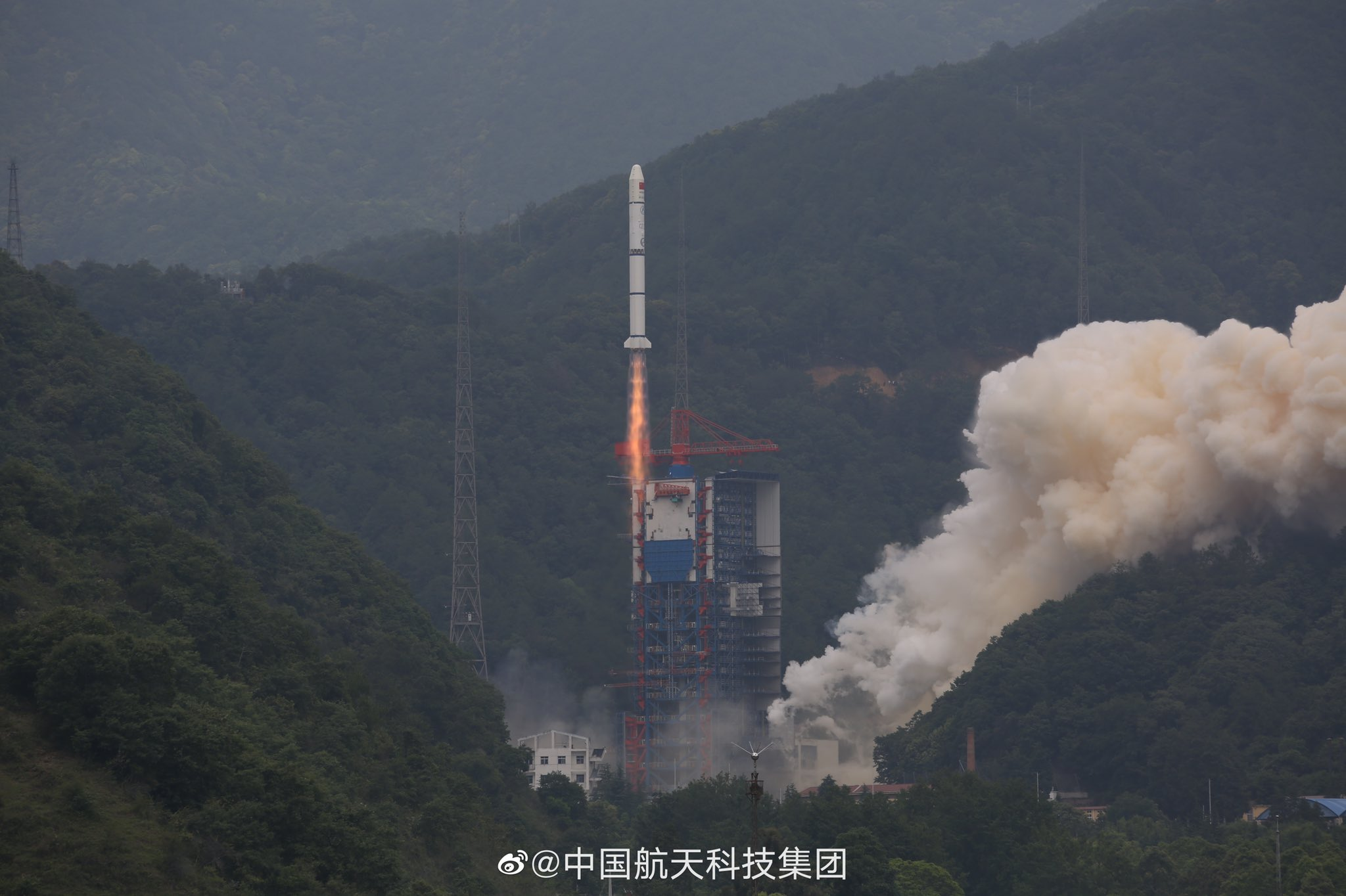 Chang Zheng 2C climbs away from Xichang with the GeeSAT spacecraft

Since 2019, China has experimented with adding four grid fins to the interstage at the top of the first stage for aerodynamic guidance during descent. This allows the descent trajectory to be controlled, guiding the stage away from populated areas in a bid to mitigate impacts.

The Chang Zheng 2C’s second stage has a single YF-22E engine, producing 741 kN of thrust. The YF-22E is not equipped with thrust vector control (TVC), so four YF-23C vernier thrusters surround the main engine to provide attitude control. This combined propulsion unit is designated the YF-24E. Like the rocket’s first stage, the second stage also uses UDMH and N2O4 as its propellant and oxidizer.

Depending on mission requirements, the Chang Zheng 2C’s second stage can either insert a payload into its final deployment orbit or hand over to an optional third stage that can boost satellites into a higher orbit. A number of upper stages have been used in conjunction with the CZ-2C on past launches, however, for Thursday’s mission, the rocket flew in its two-stage configuration.

Thursday’s successful launch marks the 422nd flight of the Chang Zheng family of launch vehicles. It is expected to be China’s last launch before the Shenzhou 14 mission lifts off on Sunday with a crew of three bound for China’s space station.

How Lockheed Martin, NASA will send a rocket to Mars to launch samples off the planet to a waiting European Orbiter