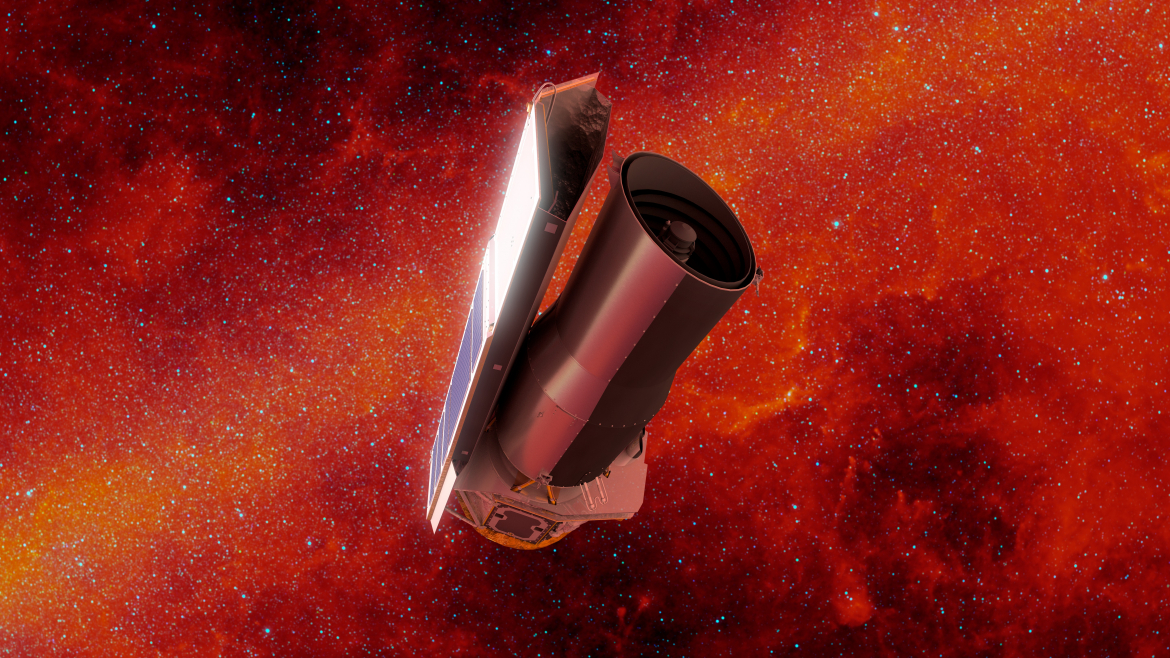 In a new study from a group of researchers in Canada, data from NASA’s now-retired Spitzer Space Telescope was used to determine the conditions under which silicate clouds form on distant exoplanets outside of our solar system — giving scientists insight into what’s inside the atmospheres of exoplanets similar in size, temperature, and composition to Earth.

The study, led by Genaro Suárez of Western University in London, Ontario, was released just weeks before the now-operational James Webb Space Telescope’s first images were released on July 12. One of Webb’s first images is spectral data of exoplanet WASP-96b, which, to the surprise of Webb teams, revealed clouds and haze inside the exoplanet’s atmosphere and gave scientists a small glimpse into what Webb can do when observing exoplanets.

On Earth, we’re used to seeing clouds made of water molecules. However, on other planets and moons inside and outside our solar system, clouds come in many different chemical makeups.

On large gas giants, like Jupiter or Saturn, many clouds are made of ammonia and ammonium hydrosulfide, giving them (and their planets) a yellowish hue. On planets similar to Mars, clouds can be made of both water vapor and carbon dioxide depending on atmospheric conditions. However, some exoplanets, or planets located outside of our solar system, have clouds composed of silicates, which are rock-forming minerals that comprise a large portion of Earth’s crust.

Up until the release of the Suárez et al. study, scientists had little information on the conditions in which these silicate clouds form. However, using data from Spitzer, the researchers may now have an idea.

For the study, Suárez et al. used observational data of brown dwarfs collected by Spitzer. Brown dwarfs are celestial bodies that are stuck in a state between a planet and a star, and though they form like stars, are not large enough to kick-start fusion within them. This gives brown dwarfs atmospheres that are extremely similar to gas giants, so these odd celestial bodies can be used as a sort-of proxy for exoplanets with clouds.

“Understanding the atmospheres of brown dwarfs and planets where silicate clouds can form can also help us understand what we would see in the atmosphere of a planet that’s closer in size and temperature to Earth,” said co-author Stanimir Metchev, a professor of exoplanet studies at Western University in London, Ontario.

But first, how do rock-based silicate clouds form on exoplanets?

The cloud-forming process on exoplanets is actually very similar to how clouds form on Earth and other terrestrial planets like Mars. The process starts with a key element or compound, such as water or ammonium, being heated until it becomes a vapor. Then, after being trapped and cooled to a certain temperature, that element or compound will turn into a cloud.

On planets with silicate clouds, the planet’s surface or atmosphere would need to be extremely hot, as rock typically needs to be at a much higher temperature than other elements and compounds to vaporize into a gas. This means that these silicate clouds are only able to form on exoplanets that are extremely hot. Thankfully, brown dwarfs are failed stars and are extremely hot, which made them a great candidate for the Suárez et al. study.

Spitzer data had already suggested the presence of silicate clouds in a few brown dwarf atmospheres years before the Suárez et al. study began, back when Spitzer still operated with cryogenically cooled instruments during the first six years of its mission. However, the brown dwarf data that suggested the silicate clouds was extremely weak and wouldn’t be able to confirm anything on the exoplanets confidently.

“We had to dig through the Spitzer data to find these brown dwarfs where there was some indication of silicate clouds, and we really didn’t know what we would find. We were very surprised at how strong the conclusion was once we had the right data to analyze,” said Suárez. 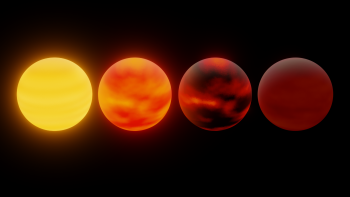 In this illustration, each of the four brown dwarfs shown represents a different temperature. The far-left brown dwarf is the warmest, with the far-right being the coldest, with the two in the middle being inside the temperature range for silicate cloud formation. (Credit: NASA/JPL-Caltech)

As exoplanet-finding technology continues to advance, scientists are finding more and more unique exoplanet environments in our solar system. Many recently discovered exoplanets are exhibiting strange and unique characteristics, like being tidally locked to their parent stars (which can cause various types of clouds to form depending on what side of the planet clouds are located). In order to understand why these distant worlds are exhibiting these strange characteristics, scientists first need to understand the basic geologic and physical functions that make them.

One major way scientists are planning to further their knowledge of exoplanets is by using the new NASA/ESA/CSA James Webb Space Telescope, which recently just had its first images and data released. As aforementioned, one of these first images was of WASP-96b, an exoplanet located around star WASP-96 approximately 1.150 light-years from Earth. The spectral data captured by Webb gives scientists a glimpse into the true power of Webb and what it can do when it comes to investigating and characterizing exoplanets. Webb’s data on WASP-96b revealed clouds, haze, and a signature of water in its atmosphere — all characteristics that were previously thought to not exist on WASP-96b. Unlike Spitzer, Webb has the power to image and determine elements in the atmospheres of exoplanets, allowing scientists to investigate these alien worlds in incredible detail that has never been possible.

Suárez et al.’s study was published in the Monthly Notices of the Royal Astronomical Society.