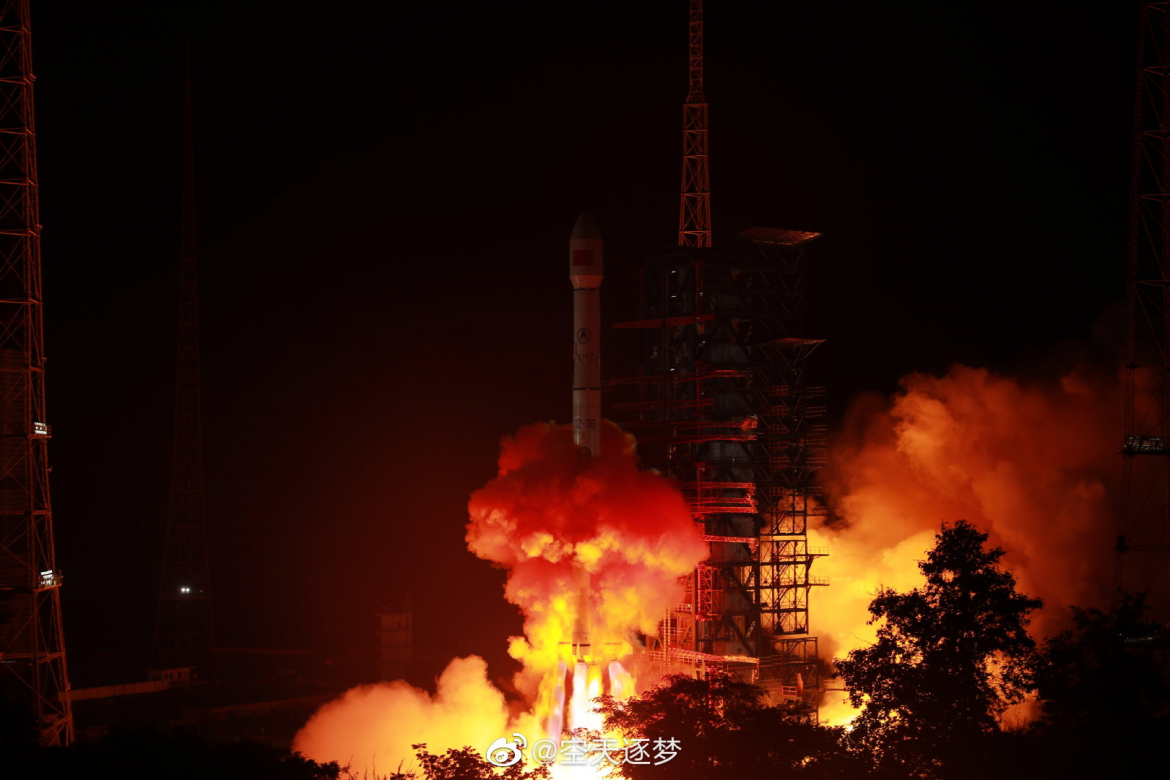 China has successfully launched the third satellite of their Tianlian 2 series of data and relay satellites.

Overall, the Tianlian network consists of seven total satellites from both the first and second generations.

The first generation of satellites, five total, all of which are still active, were built around the DFH-3 satellite bus and were launched between April 25, 2008, and July 6, 2021, using Chang Zheng 3C rockets lifting off from Launch Complex 2 at the Xichang Satellite Launch Center.

Conversely, the second generation of Tianlian satellites are built around the DFH-4 satellite bus and have switched to the more powerful Chang Zheng 3B rockets launching from Launch Complex 3 at Xichang.

The second generation of the satellites introduced multi-targeting ability and improved data transmission rates into the overall network.

Today’s launch marked the third flight of the second generation, with the first lifting off on March 31, 2019, and the second following on December 13, 2021.

These enhancements include stretched boosters and first-stage components that allow the launcher to bring up to 5,500 kg to geostationary transfer orbit (GTO).

In addition to its three main stages and boosters, the CZ-3B/E can make use of an optional upper stage called YZ-1, though this was not employed on the Tianlian-2 03 mission.

Its first stage is powered by a single core that stands 24.76 m tall and 3.35 m in diameter. The first stage uses four YF-21C engines to produce a maximum combined thrust of 2,961.6 kN. 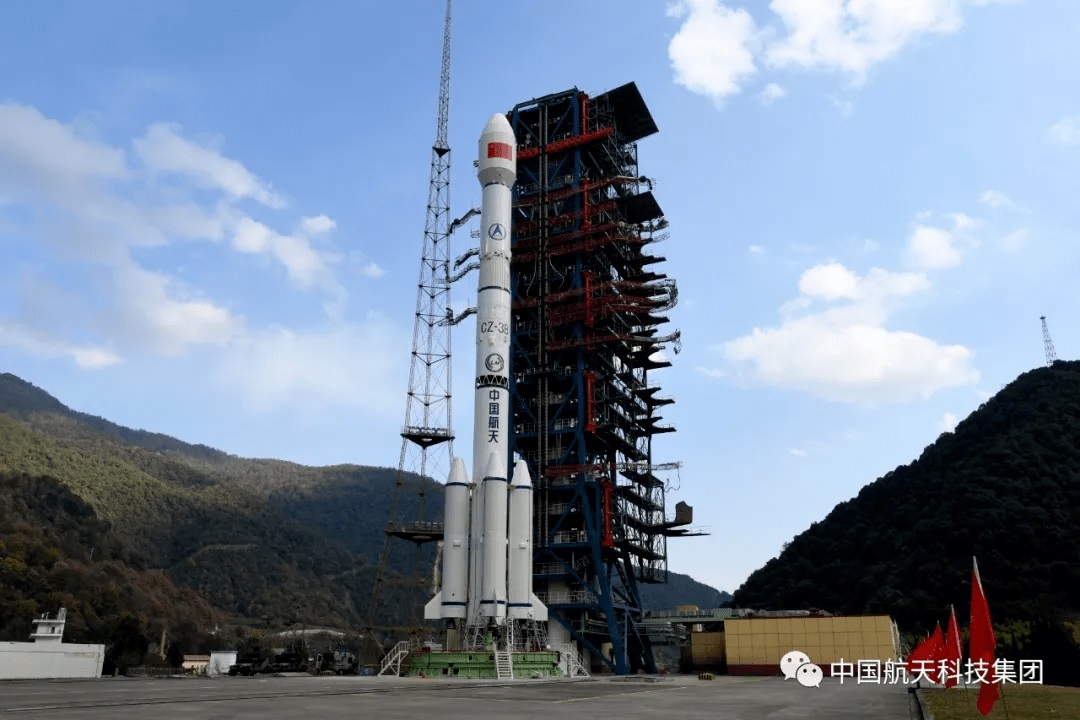 Chang Zheng 3B on the launch pad prior to the TJSW-9 launch in December 2021. (Credit: CASC)

The first stage is augmented by four side-mounted boosters, each standing 16.1 m tall and 2.25 m in diameter. Each booster utilizes a single YF-25 engine for an individual thrust at liftoff of 740.4 kg.

Both the first stage and boosters burn a highly toxic mixture of nitrogen tetroxide and unsymmetrical dimethylhydrazine.

After the boosters and first stage are jettisoned, the second stage takes over powered ascent via its single YF-24E engine, which itself consists of a YF-22E main engine and YF-23F vernier engines for steering and attitude control.

The YF-24E main engine produces 742 kN of thrust, augmented by 47.1 kN of thrust from each of the verniers.

The third and final stage of the rocket, however, burns a very different type of propellant in liquid hydrogen and liquid oxygen. 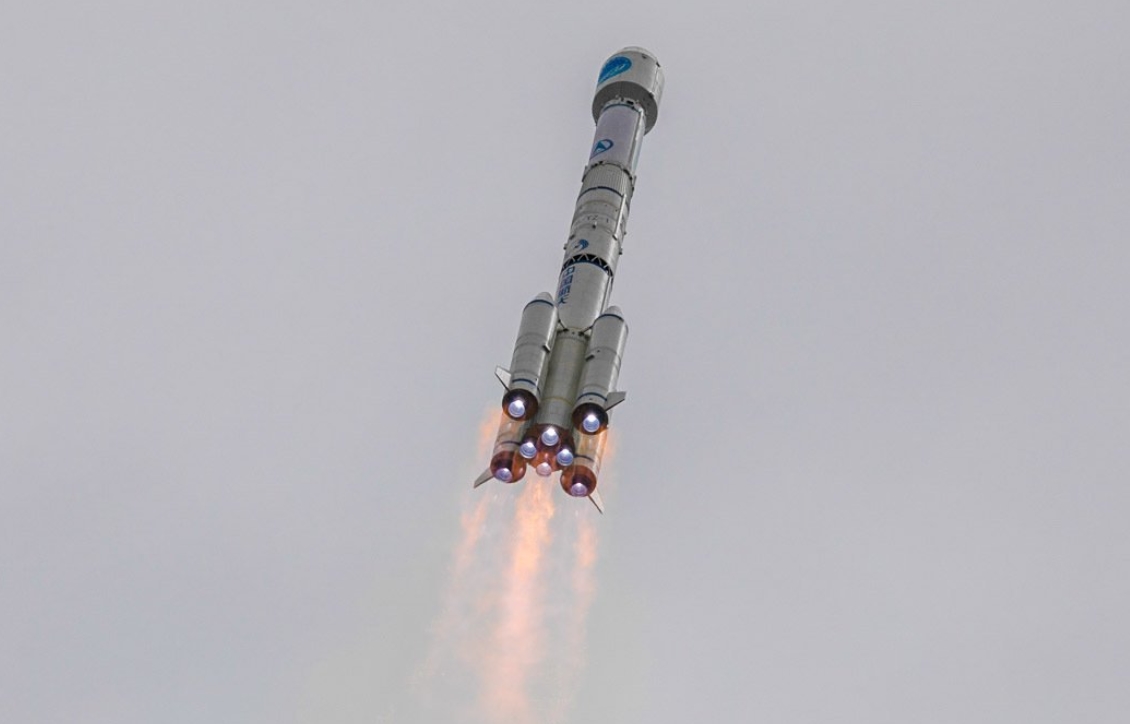 A Chang Zheng 3B in flight.

This third stage is 12.38 m tall and 3.0 m in diameter and uses two YF-75 engines burning the cryogenic propellants for a maximum thrust of 167.17 kN across the maximum potential burn time of 478 seconds.

While destined for geostationary orbit 35,786 km above average Earth sea level, the Tianlian-2-03 satellite was dropped off in a standard geostationary transfer orbit.

This means that while the orbit’s apoapsis, or farthest point from Earth, is at roughly geostationary orbit altitude, the orbit’s periapsis, or closest point to Earth, is much closer to the planet.

It is then up to the satellite’s onboard engines and thrusters to finish raising its orbit, a process that also allows the craft to phase, or drift, itself into the correct geostationary orbital location.