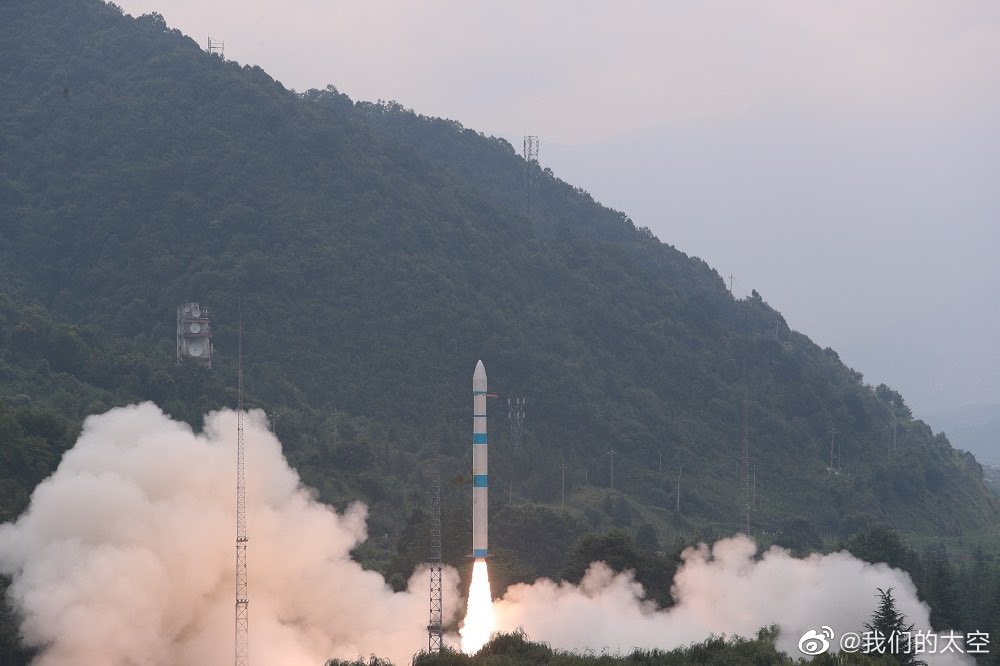 The Chinese space sector has been very busy this year, averaging approximately one orbital launch attempt per week. This week was no exception, with two successful launches taking place from different parts of China.

The Kuaizhou-1A (KZ-1A) and Chang Zheng 2D rockets carried out one mission each, with KZ-1A lofting the Chuangzin-16 payload to orbit while CA-2D took the Beijing 3D satellite to space.

China’s first orbital launch of the week was with the Kuaizhou-1A. The Chuangxin-16 payload onboard, developed by the Chinese Academy of Sciences (CAS), will reportedly be used for the verification of new technologies.

The KZ-1A launched on Tuesday, August 23 at 0236 UTC from the Xichang Satellite Launch Center in southwest China. The launcher is capable of flying payloads up to 300 kilograms into low Earth orbit. The launch delivered its the final stage of the rocket into a 29.01-degree inclination orbit at an altitude of 590 x 596 kilometers.

After launch, one object was tracked in this orbit, the second stage, confirming the rocket successfully reached orbit.

CelesTrak has GP data for 1 object from the launch (2022-102) of Chuangxin-16 atop a Kuaizhou-1A rocket from Xichang Satellite Launch Center on Aug 23 at 0236 UTC: https://t.co/hdqiPUVJ9B. pic.twitter.com/YnPollzwD2

Reports indicate that the Chuangxin-16 payload is actually two satellites, named A and B. Because only one object has been tracked so far in orbit, the two satellites may separate in the future, have failed to separate as designed, are not meant to separate, or that the on satellite will separate soon and will be followed by the its “twin” in a separate launch — as CAS describes this payload as “an assembly of two satellites” and this, in the past, has been used to indicate individual launches.

Given that the Chuangxin (translated as “innovation”) payload is meant for technology research, one possible demonstration would be for an automated undocking, rendezvous, and re-docking of these two satellites. However, it remains to be seen what the ultimate mission plan will be for the payload.

The rocket for this mission, the KZ-1A, was equipped with three solid-fueled stages and a fourth liquid-fueled stage for payload insertion. The rocket was operated by a subsidiary of the China Aerospace Science and Industry Corporation (CASIC) known as ExPace — a state-owned CASIC’s arm for commercial space launch operations.

Tuesday’s flight marked the 16th launch of the Kuaizhou-1A series, with 14 of these launches being successful. This launch was also the first ExPace launch from Xichang, with most of its previous launches being from Jiuquan and others being from Taiyuan.

The second launch from China of the week followed on August 24 at 0301 UTC when a Chang Zheng-2D launched from Taiyuan, around 1,400 kilometers northeast of Xichang. The CZ-2D (known as the Long March-2D outside of China) successfully launched the Beijing-3B Earth observation satellite into a Sun-synchronous polar orbit at 596 x 615 km altitude. 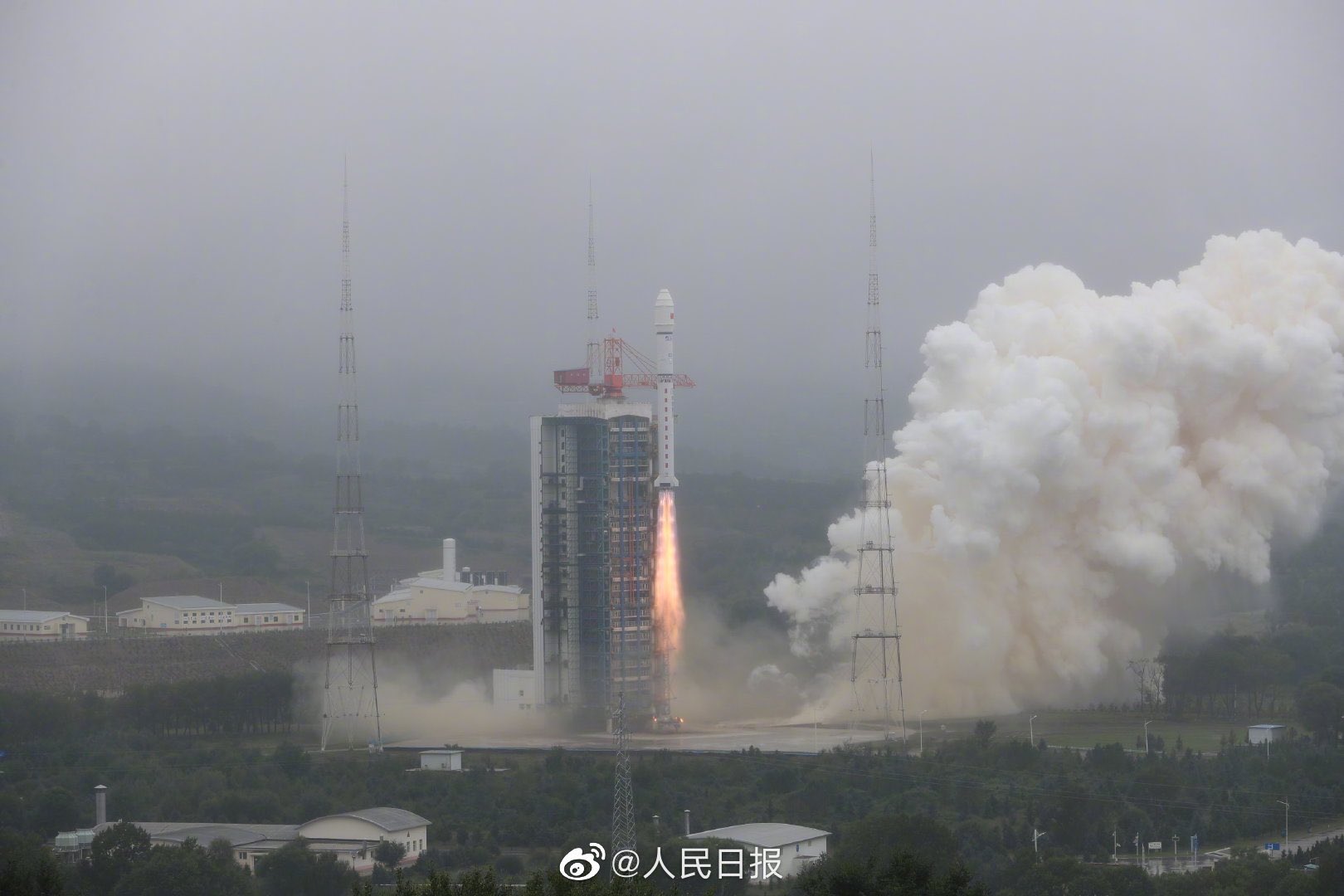 A Chang Zheng 2D launches the Beijing 3B satellite.

The satellite uses the CAST3000E bus, intended to provide high-accuracy pointing and stability, along with autonomous mission planning and in-orbit image processing. The optical system is capable of 0.5-meter resolution.

The Beijing-3 series of satellites is reportedly capable of monitoring 500 areas of interest around the globe, with up to 100 revisits per day. An artificial intelligence system is reported to enable this capability. The satellite reportedly also can take images while rotating at 10 degrees per second.

Wednesday’s launch was the 63rd flight of the CZ-2D and the 62nd fully successful flight of the liquid-fueled vehicle. The CZ-2D, normally equipped with two stages, is capable of launching up to 1,300 kilograms to a Sun-synchronous polar orbit.

Like other Chang Zheng-series launch vehicles, it is operated by the state-owned China Aerospace Science and Technology Corporation (CASC).

From closer to the pad: pic.twitter.com/6gqC7TPHYN

The launch of Beijing-3B followed the Beijing-3A satellite that was successfully launched on June 11, 2021, also using a CZ-2D from Taiyuan. The Taiyuan center is used for Sun-synchronous polar orbit launches as well as military missile tests.

The two launches this week bring the total number of orbital launches for China to seven this month and 34 for the year. The Chinese space sector has a busy fall ahead, with additional launches planned for ExPace and other Chinese companies, along with high-profile launches related to the now permanently occupied Tiangong Space Station project.

Following in the footsteps of Saturn, SLS prepares for test flight