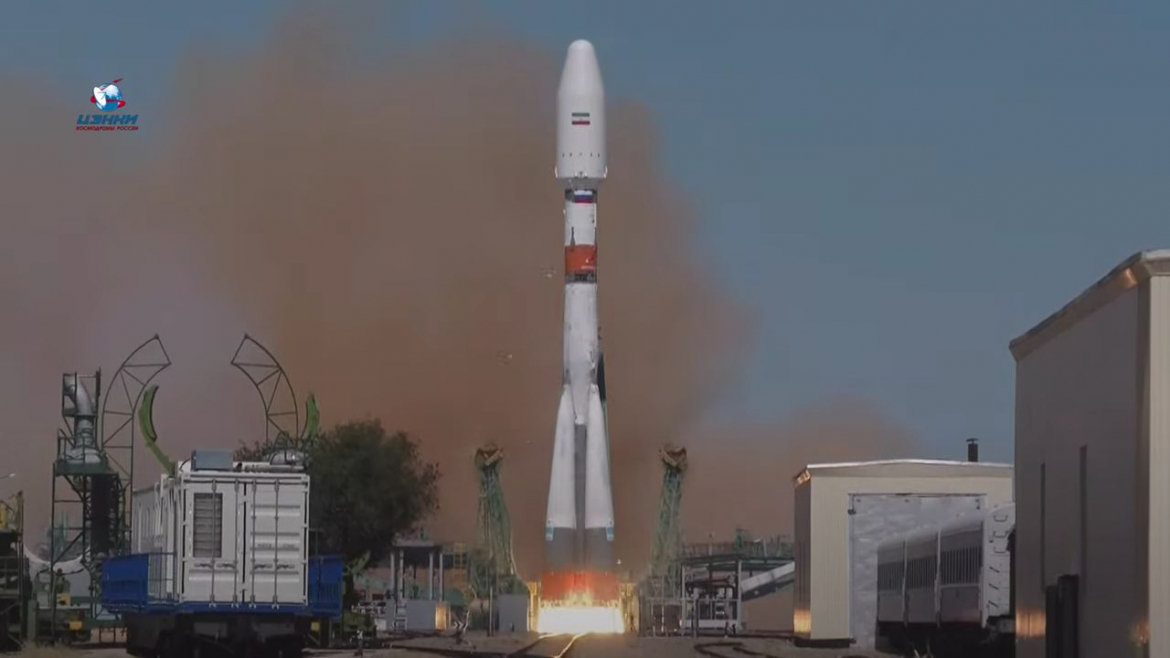 At 05:52 UTC on August 9, a Soyuz 2.1b/Fregat-M rocket launched from Site 31/6 at the Baikonur Cosmodrome carrying the Khayyam satellite for Iran and 16 CubeSats for various institutions and universities.

The launch was originally scheduled for as early as the summer of 2021 but was delayed multiple times.

The satellite, named “Khayyam” after a 12th-century Persian mathematician, is potentially based on the NPK Barl-designed Alpha-ES satellite.

Alpha-ES boasts an image resolution of 0.7 m and can take panchromatic images as well as near-infrared images.

The project, sometimes referred to as Project 505, has been in the works since 2015 when Russia and Iran publicly disclosed their intentions at the bi-annual MAKS aerospace show in Russia.

While the project occasionally appeared in both Russian and Iranian news reports over the following three years, the contract had not yet been signed in May of 2018, when NPK Barl was placed on the US State Department’s sanctions list. It appears that most of the delays to the project were due to negotiations over the price of the satellite, called Iran’s National Remote Sensing Satellite by Iran’s Minister for Telecommunications and Information Technology Mahmoud Vaezi.

No news was published about the contract after the sanctions were imposed, leading to speculation as to whether the contract had been signed, but the status of the project became clear in February of 2021 during a discussion on the future of Russia’s commercial space industry.

Valeriy Labutin, introduced as the “general designer” of NPK Barl, revealed that the company would conduct the first launch of a Russian commercial remote sensing satellite “for a foreign customer” in the second quarter of the year. “All the infrastructure has been deployed, all tests completed, and we’re ready to launch the satellite this year.” He did not disclose the identity of the customer.

The satellite appears to be a modified version of the NPK Barl-built Alpha-ES satellite. The satellite has a mass of 650 kg and a linear resolution of 0.73 meters. Designed to have an active life of five years, the satellite is equipped with four solar panels deviating from the design of the Alpha-ES.

The Soyuz launch vehicle can be traced back to the R-7 Semyorka ICBM, first introduced by the Soviet Union in 1957. While Soyuz now flies with three stages, the heritage can still clearly be seen, with the overall design of the first and second stages being similar to their original design. 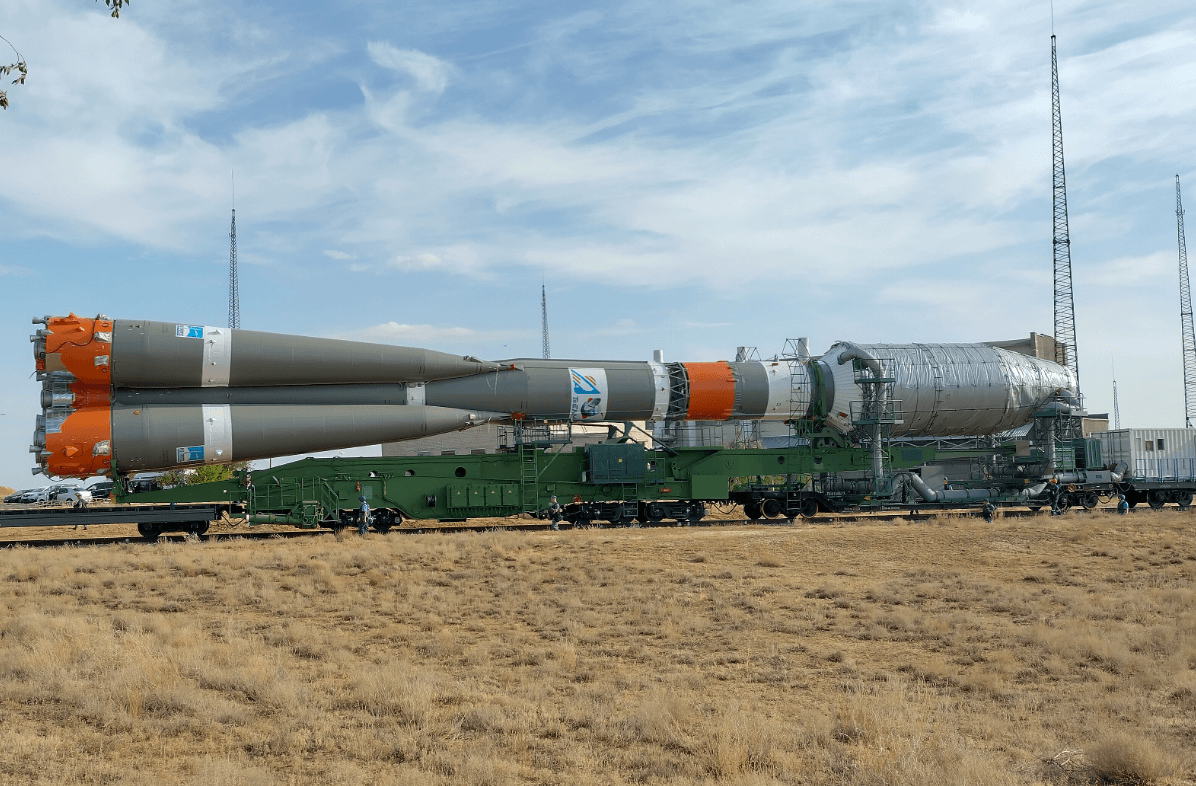 The Soyuz 2.1b rocket is rolled out at Baikonur before launch. (Credit: KazTAG)

The Soyuz 2.1b variant flown today features the standard four side boosters surrounding the Blok-A second stage with an upgraded third stage powered by an RD-0124, an upgrade over the traditional RD-0110. Also on board is the Fregat-M fourth stage used to inject payloads into their final orbits, typically only used when the three stages of Soyuz cannot directly inject large payloads into the desired orbit.

Established in June of 1955, Baikonur Cosmodrome was built as a base of operations for the Soviet Union’s space program as well as a test range for ICBMs.

The first artificial satellite, Sputnik 1, was launched to orbit from Site 1/5, also known as Gagarin’s Start, on board a rocket of the same name in 1957. The first human in orbit, Yuri Gagarin, was launched from the same pad on board Vostok 1 four years later.

Another major launch complex at Baikonur is Site 110, which boasts two pads, 110/37 and 110/38. All our launches of the N1 moon rocket were launched from the complex, with each pad launching two N1s.

The Soviet Space Shuttle Buran would later go on to launch from Site 110/37. While there was only one launch of Buran, 110/37 would be considered as a launch site for the Russian Angara rocket, but the other launch site of Energia, Site 250, would be chosen.

(Lead photo: Soyuz 2.1b lifts off with Khayyam and 16 CubeSats. Credit: Roscosmos)