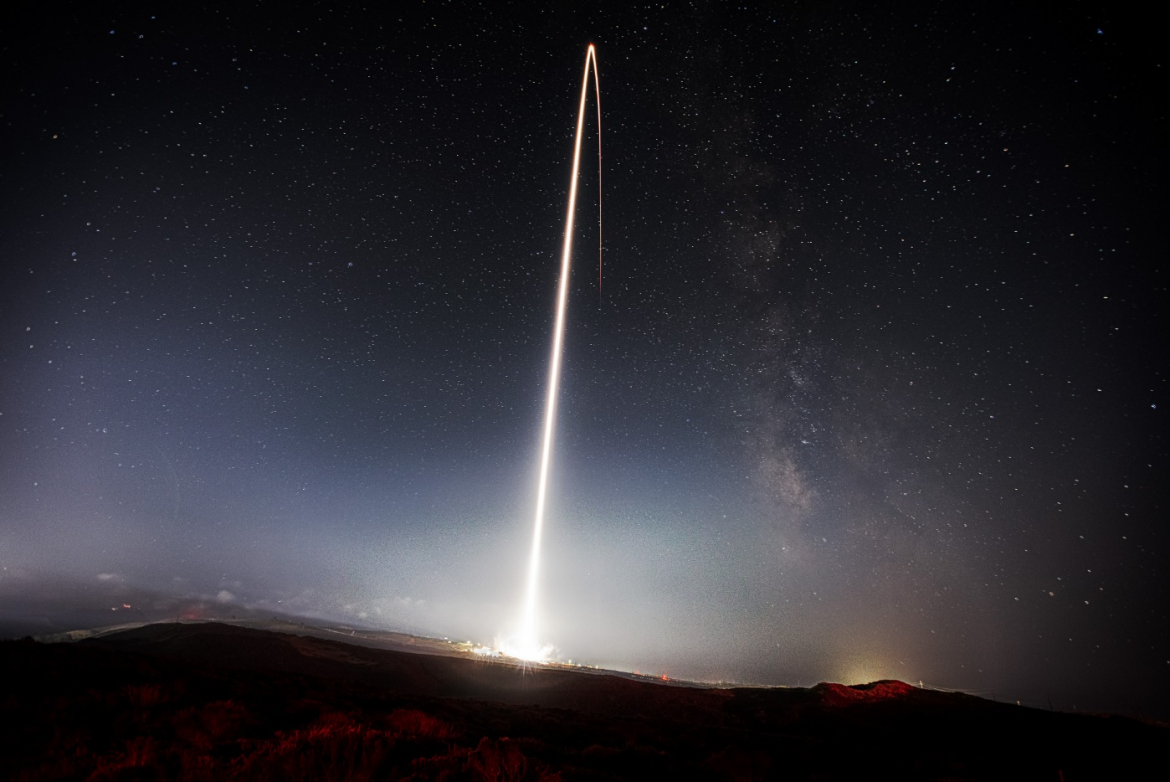 SpaceX has launched another batch of Starlink satellites into orbit on their Starlink Group 3-4 mission. Launching from Space Launch Complex 4 East (SLC-4E) at the Vandenberg Space Force Base in California, the Falcon 9 Block 5 lifted off at 10:40 PM PDT on Tuesday, August 30 (05:40 UTC on Wednesday, August 31). This mission marked SpaceX’s 39th mission of 2022–a mission every 6.13 days.

Starlink Group 3-4 marks the 110th orbital launch of 2022, making SpaceX account for over a third of all orbital launches this year. Overall, this was Falcon 9’s 174th mission (173rd launch) and 111th launch with a flight-proven booster.

The Starlink Group 3-4 mission utilized SpaceX’s booster B1063-7. The -7 signifies that this is the seventh flight of this specific booster, having previously supported Sentinel-6A, the Double Asteroid Redirection Test (DART), and four Starlink missions. The booster last supported the Starlink Group 3-1 mission, which flew just 51 days ago.

This shell consists of six orbital planes with 58 satellites in each plane, for a total of 348 satellites. Because of the small size of this shell, it is expected that it will be filled in fewer than 10 Falcon 9 launches, and could be completed by the end of 2022.

The Starlink v1.5 satellites have a compact flat-panel design, allowing for SpaceX to launch many at once. Each satellite has a mass of ~305 kg and is equipped with an inter-satellite laser communication system, allowing for the satellites to communicate directly with one another, rather than going through ground stations. This is required for the satellites in the polar shells due to the inability to build ground stations in those regions. The also allows for Starlink Maritime — which is essentially Starlink for boats.

On August 25, 2022, SpaceX CEO Elon Musk and T-Mobile CEO Mike Sievert announced that the next generation Starlink satellites (called Starlink v2, and will launch on SpaceX’s Starship launch vehicle) will be able to act as cell towers and communicate directly with most modern cellular devices.

Musk noted that each satellite will have 2-4 megabits per second of throughput per region, allowing each satellite to handle 1,000-2,000 calls at any one time, or send millions of SMS text messages per second. While this will not enable global data connection on phones, it will allow communication with emergency services and family members from anywhere in the world.

During this same press conference, Musk also noted that due to delays in the Starship program, SpaceX is looking into making “mini Starlink v2” satellites that would launch on the Falcon 9. It is unknown if the aforementioned cell phone connectivity would also be on the mini version of these satellites, but it is unlikely due to the large antennas needed for a satellite to “hear” the low-power signals from cell phones. 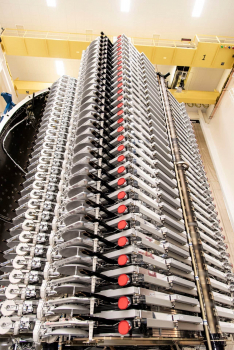 Falcon 9’s launch sequence starts at T-38 minutes when the launch director verifies that teams are go for propellant loading. Three minutes later, both stages begin to be filled with chilled RP-1 (a refined form of kerosene) and the first stage begins being filled with super chilled Liquid Oxygen (LOX).

Fueling on the second stage is wrapped up at T-20 minutes when SpaceX then purges the Transporter/Erector (T/E) lines to prepare for second stage LOX filling. This starts at T-16 minutes.

At T- seven minutes, the first stage flows a small amount of LOx through the turbo pump of the Merlin 1D engines to cool it ahead of full propellant flow at engine ignition.

At T- one minute, the vehicle enters “startup,” which means that the automated launch sequence is handed over from the ground computers to the vehicle’s onboard computer.

Three seconds before liftoff, the vehicle commands ignition of all nine Merlin 1D engines at the base of the first stage. By T-0.2 seconds the engines are at full power, and the vehicle checks the health of all of the engines. Once all engines and the vehicle are confirmed to be nominal, it commands the hydraulic launch clamps to release, allowing the vehicle to lift off from the pad.

The first stage burned for approximately two and a half minutes before separating from the second stage. At this point, the first stage performed two burns to land on OCISLY (the entry burn and landing burn). Shortly after stage separation, the fairings were deployed from the Falcon 9 second stage. The fairings will later be recovered downrange by SpaceX’s West coast recovery ship NRC Quest after re-entering Earth’s atmosphere.

Stage two burned for just under six minutes before cutting off. At this point, the stage coasted for ~45 minutes, before igniting again for less than two seconds. After engine cutoff, the stage began to rotate end-over-end.

At T+ one hour, two minutes, and 57 seconds, the tension rods deployed from the Starlink stack. Due to the stage’s rotation, the satellites slowly drift away from the vehicle and spread out. The satellites will spend the following hours deploying their solar arrays and communication dishes.