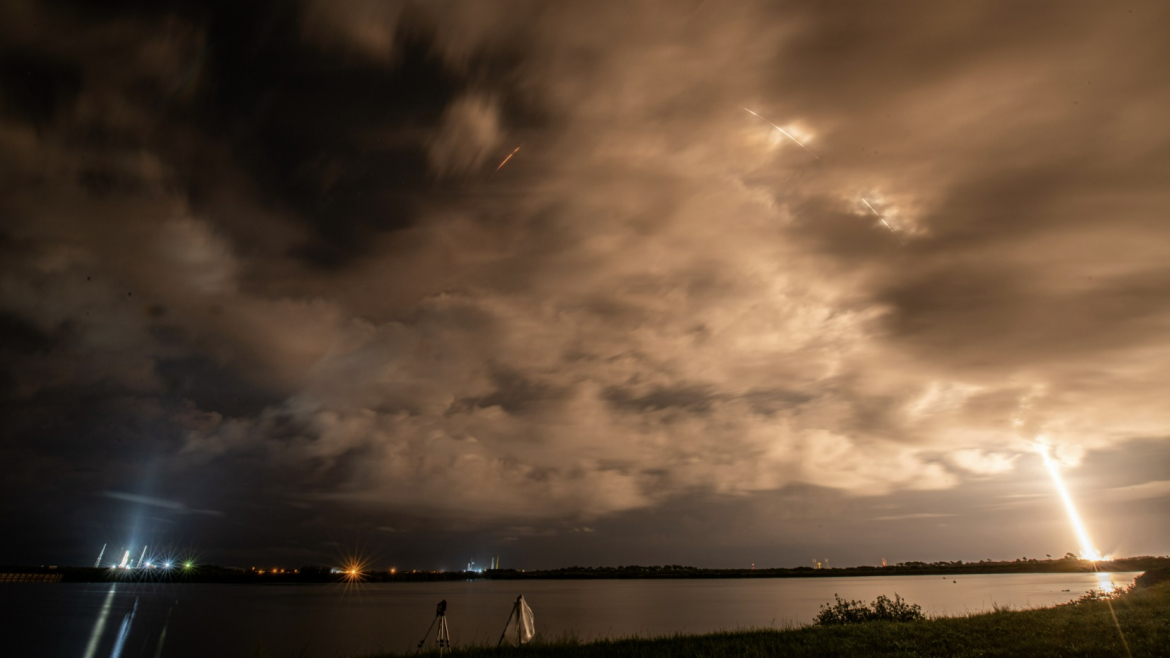 SpaceX has launched its 56th Starlink mission, Group 4-23, taking flight aboard a flight-proven Falcon 9 from Space Launch Complex 40 (SLC-40) at the Cape Canaveral Space Force Station. After a weather delay, liftoff occurred at 11:41 PM EDT on Saturday (03:41 UTC on Sunday).

With SpaceX maintaining an average rate of one launch every 6.28 days, the company continues to break its cadence and reuse records. This year, 36 out of 38 Falcon 9 flights have used a flight-proven first stage, or booster.

The Group 4-23 mission reintroduced booster B1069-2, which made its second flight having supported one previous mission — CRS-24 — in December 2021. During that mission, the booster performed flawlessly during ascent and completed a successful landing on SpaceX’s Autonomous Spaceport Drone Ship (ASDS) Just Read the Instructions (JRTI) after separating from the second stage.

While the landing was successful, an issue subsequently occurred while securing the booster. Possibly due to bad weather or sea conditions, the Octagrabber – used to secure the booster to the deck – was unable to secure B1069 in place on the deck.

A week after the CRS-24 launch, JRTI returned to Port Canaveral. By this point, B1069 had taken on a significant lean, with the booster itself, JRTI and Octagrabber having all taken damage as the booster was free to move around the deck during its return to port. Once B1069 was lifted off of JRTI’s deck, damage to its legs and multiple Merlin engine nozzles became visible.

The four legs were removed from B1069 and transported away for repairs. JRTI was out of commission until March 2022, when it supported the Starlink Group 4-9 mission. In the first half of 2022, B1069 underwent multiple inspections and repairs to return it to flight status.

In June, B1069 was spotted moving to Hangar X to begin preparation for its next mission — then expected to be Starlink Group 4-26. Changes to flight assignments subsequently saw it scheduled to fly with Group 4-20, and finally Group 4-23.

A brief twirl by B1069 as it was lifted just now, highlighting the full extent of the damage. @NASASpaceflight

Starlink Group 4-23 was to have launched from Launch Complex 39A (LC-39A); however, to deconflict with the Artemis I launch that is currently scheduled for Monday from LC-39B, the mission was moved to Space Launch Complex 40 (SLC-40). After undergoing final repairs and preparations, SpaceX moved B1069 to the launch complex’s Horizontal Integration Facility (HIF) for integration.

In the HIF, final preparations were carried out, and B1069, the second stage, and the payload fairing containing the 54 encapsulated Starlink satellites were installed onto the Strongback Transporter Erector (T/E). The entire stack was rolled out to the pad on August 25 and raised to the vertical. A static fire test was conducted the same day to ensure the repaired booster’s systems were ready for flight.

Group 4-23’s launch targeted the fourth orbital shell of the Starlink constellation. Shell 4 uses a 540 km orbit with an inclination of 53.2 degrees. The first Shell 4 launch, Group 4-1, occurred in November 2021, with Saturday’s mission marking the 24th launch to this shell. 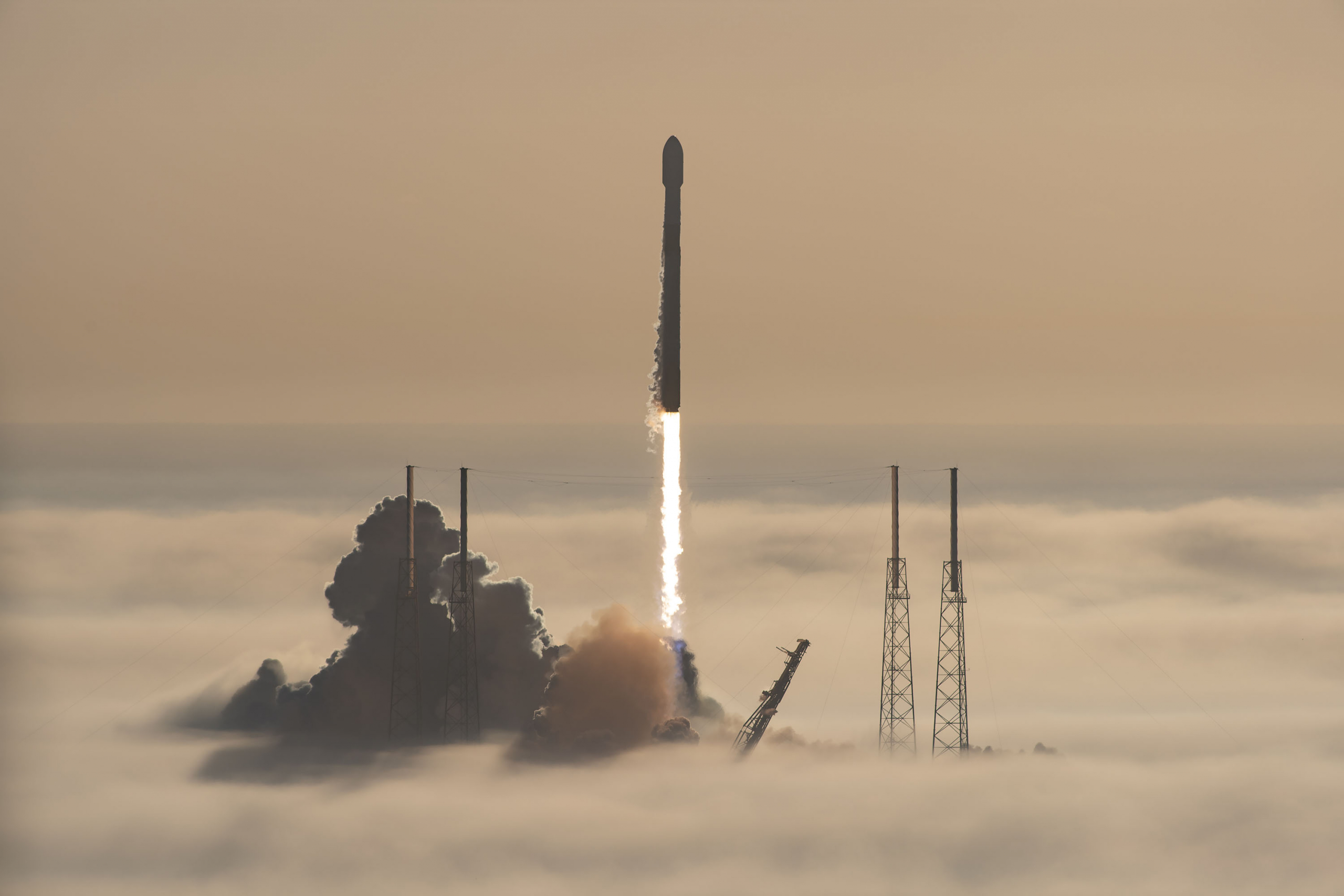 Like other Starlink launches, SpaceX recovered the first stage with a drone ship landing. Saturday’s mission used A Shortfall of Gravitas (ASOG). ASOG left its dock at Port Canaveral on August 23, nine hours after returning with B1062-9 from the Starlink Group 4-27 mission. The multipurpose recovery ship Doug was tasked with supporting ASOG and recovering the rocket’s payload fairing.

The final countdown for Saturday’s mission began at T-38 minutes, with the Launch Director (LD) starting an electronic Go/No-Go poll. With the launch team a Go for launch, the LD gives Launch Control (LC) permission to begin propellant loading. The LC started the automated launch sequence at T-35 minutes, with fueling also commencing at this time. RP-1 kerosene fuel was loaded into both stages of the rocket, while liquid oxygen (LOX) began to be loaded into the first stage only.

At the T-20 minute mark in the countdown, second stage RP-1 loading was completed. Four minutes later, LOX began to be loaded into this stage.

Seven minutes before launch, the first stage begins engine chill on its nine Merlin-1D engines. Engine chill is the process of flowing LOX into the engines to reduce their temperature, which helps to ensure there are no thermal shocks during ignition. At T-4 minutes and 30 seconds, the T/E retracts to its pre-launch position at an angle of 88.2 degrees to the ground. Propellant loading finishes two minutes before launch.

With a minute left in the count, two significant events take place. First, the flight computers enter startup, taking over the countdown. Second, Falcon 9’s tanks begin to pressurize to flight levels. The LD gives the final “Go” for launch at T-45 seconds.

The nine first-stage engines are commanded to ignite three seconds before launch. A second later, the engines light and begin a final health check. Once they have been verified to be healthy and producing full thrust, the hydraulic hold-down clamps retract, allowing Falcon 9 to lift off, and the T/E falls back to its launch position. 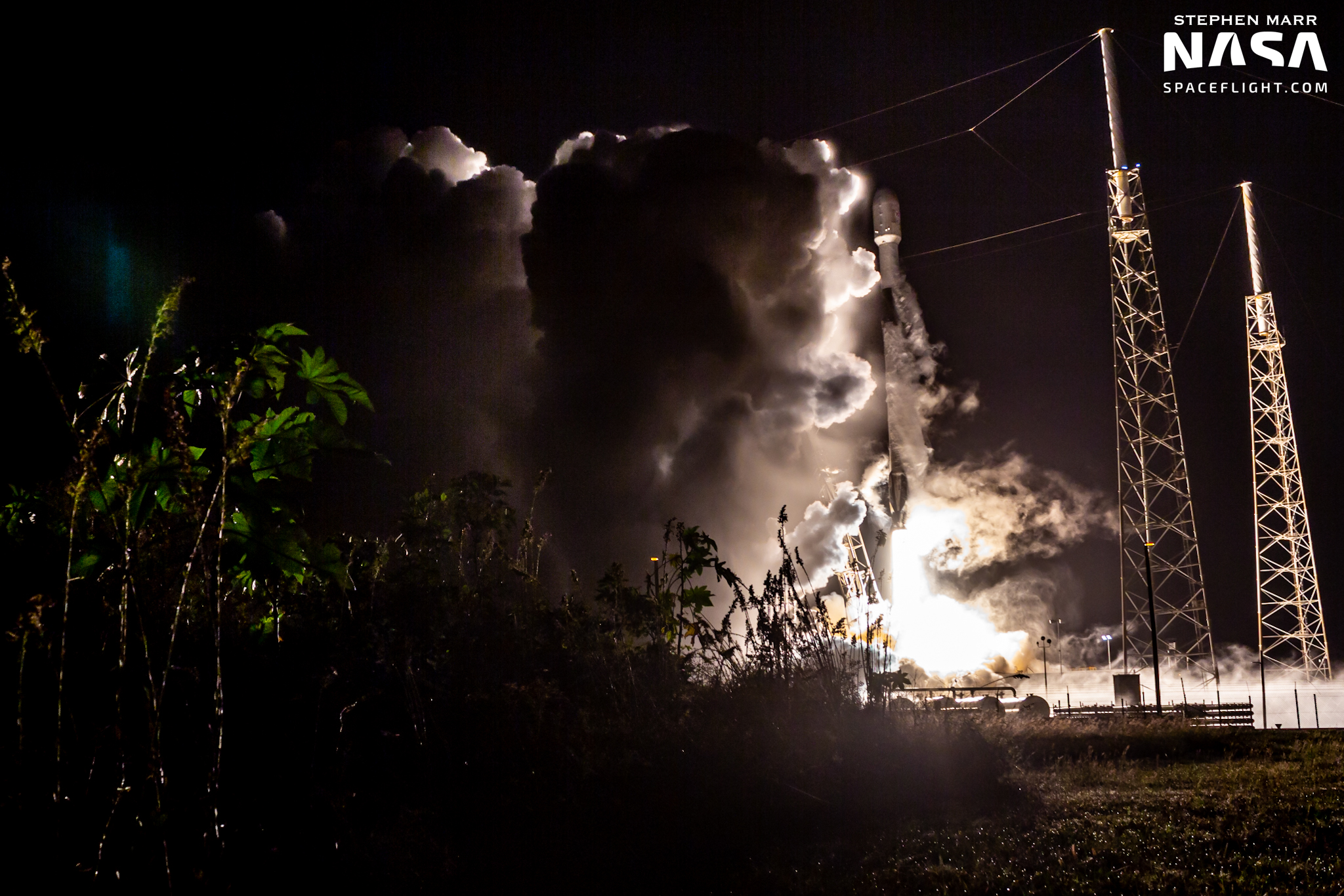 Shortly after lifting off, Falcon 9 began a pitch maneuver and established itself on the proper azimuth to reach its 53.2-degree target orbit. A minute and 12 seconds into the flight, the vehicle reached the region of maximum aerodynamic pressure (Max-Q).

Around one minute and 40 seconds into the flight, the second stage’s single Merlin Vacuum (MVac) engine began chilldown in preparation for its ignition.

With stage separation complete, the first stage prepares for reentry and landing as it returns to Earth, while the second stage carries on towards orbit with the satellites. Just after stage separation, the first stage deployed its four titanium grid fins. After a four-minute coast, the first stage conducted a reentry burn. This approximately 15-second burn uses three engines, slowing the stage down and helping to protect it from the aerodynamic forces it experiences during reentry.

About nine minutes after liftoff, B1069 fired up a single Merlin engine for its third and final burn. This landing burn slowed the first stage down to allow a gentle touchdown on the deck of ASOG. This was the 139th overall and 65th consecutive landing of a Falcon first stage. After landing, the stage was redesignated B1069-3. ASOG will return the booster to Port Canaveral to be refurbished for a future mission.

Falcon 9 B1069 lands on drone ship "Just Read The Instructions".

While the first stage carried out its entry and landing operations, the second stage performed a six-minute burn to reach its deployment orbit. After reaching orbit, the second stage coasted for about seven minutes, during which time it began to spin up in preparation for spacecraft deployment.

At the end of the coast, the Starlink satellites separated from the second stage. The satellites will carry out their on-orbit checkouts before raising themselves into their 540 km operational orbits.

Starlink Group 4-23 is SpaceX’s fifth launch in August, with one more expected at the end of the month. Starlink Group 3-4 will launch from California using B1063-7 with another batch of Starlink satellites bound for Shell 3. If this launches as planned, then SpaceX will have achieved six launches in a month for two months in a row.

September is already shaping up to be another busy month for the company with multiple flights already planned. These include the Starlink Group 4-2 and 4-20 missions early in the month, both also carrying rideshare payloads. Later in the month, several more Starlink flights are expected, as well as the SDA Tranche 0 Flight 1 mission, currently targeting late September.

Aiming for the Moon: Artemis I countdown begins for historic flight