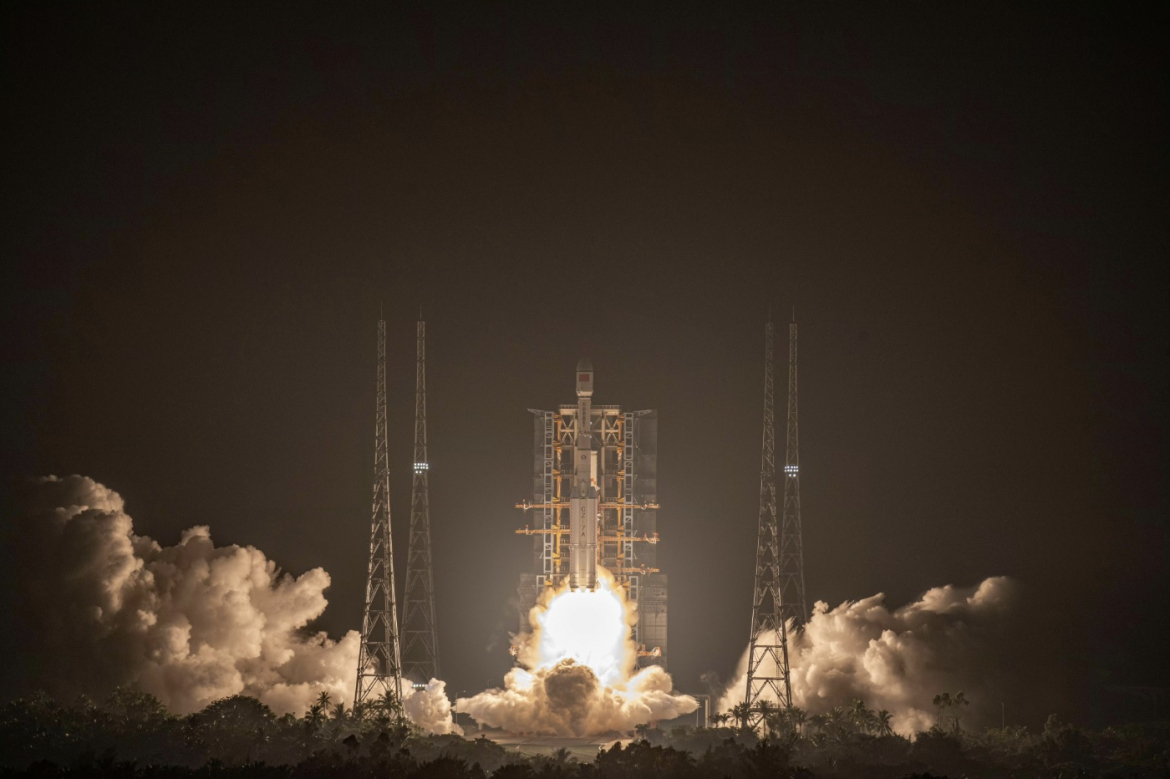 China has successfully launched a Chang Zheng 7A (CZ-7A), internationally known as the Long March 7A (LM-7A), from the Wenchang Satellite Launch Center on Hainan Island. The launch of the Zhongxing-1E series communications satellite to geostationary transfer orbit (GTO) took place at 13:18 UTC on Sept. 13 from Launch Complex-201 (LC-201).

The Zhongxing-1E series data relay and communications satellite for the Chinese armed forces, also known as ChinaSat-1E, masses 5,320 kilograms. The satellite is capable of providing C-band and UHF communications and data relay services. It was manufactured by the China Aerospace Science and Technology Corporation (CAST) and is based on the DFH-4 satellite bus.

The DFH-4 satellite bus is China’s main geosynchronous communications satellite platform and has been used since 2006 by Chinese and overseas customers. It is a large three-axis stabilized satellite capable of hosting C-band, Ku-band, Ka-band, and L-band transponders, and has a design service life of 15 years.

The Chang Zheng 7A used for today’s launch is one of several new launch vehicles China has introduced in the last few years to replace older rockets based on ICBM technology. The CZ-7A is a variant of the Chang Zheng 7 rocket first flown in 2016 and uses four liquid-fueled boosters attached to the core vehicle along with a cryogenic upper stage. 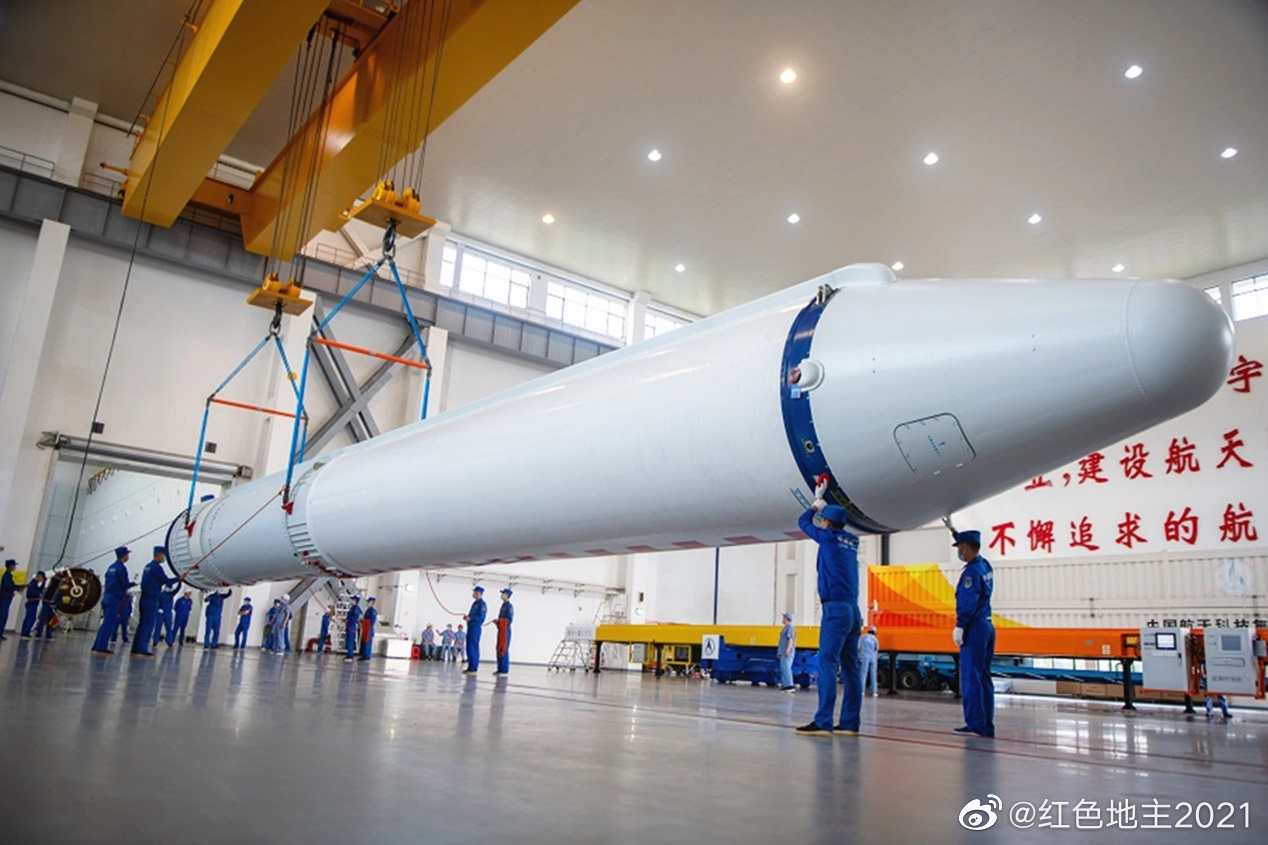 The CZ-7A is capable of carrying up to 13,500 kilograms to low Earth orbit (LEO), 7,000 kilograms to GTO, or 5,000 kilograms to a trans-lunar trajectory. This capability is roughly equal to some variants of the Atlas V, H-IIA, or Ariane 5. It is also roughly comparable to the capability of a Falcon 9 when utilizing a drone ship recovery.

The Chang Zheng 7 family uses liquid oxygen and kerosene for its first and second stages. These fuels are commonly used on many newer launch vehicles and are far less toxic than the toxic hypergolic fuels used in the Chang Zheng 2, 3, and 4 series that were the mainstays of the Chinese program for many years. They are also problematic for the personnel processing these rockets for flight, as well as the environment near the rockets’ impact sites.

The Chang Zheng 7A measures over 60 meters in height, 3.35 meters in diameter, and is powered by two YF-100 engines in the core and one in each of the four boosters. The rocket has a total thrust of 7,200 kN at liftoff, including the first stage and boosters. The third stage is a liquid oxygen and liquid hydrogen-fueled stage based on the upper stage used for the Chang Zheng 3 series.

The first stage and the boosters separate as a unit because the CZ-7A was originally designed to launch from an inland site like Xichang. Separating these as a unit would prevent multiple impact points over possibly populated areas underneath the flight path. After first stage separation, the second and third stages completed the work of sending Zhongxing-1E to its geostationary transfer orbit. 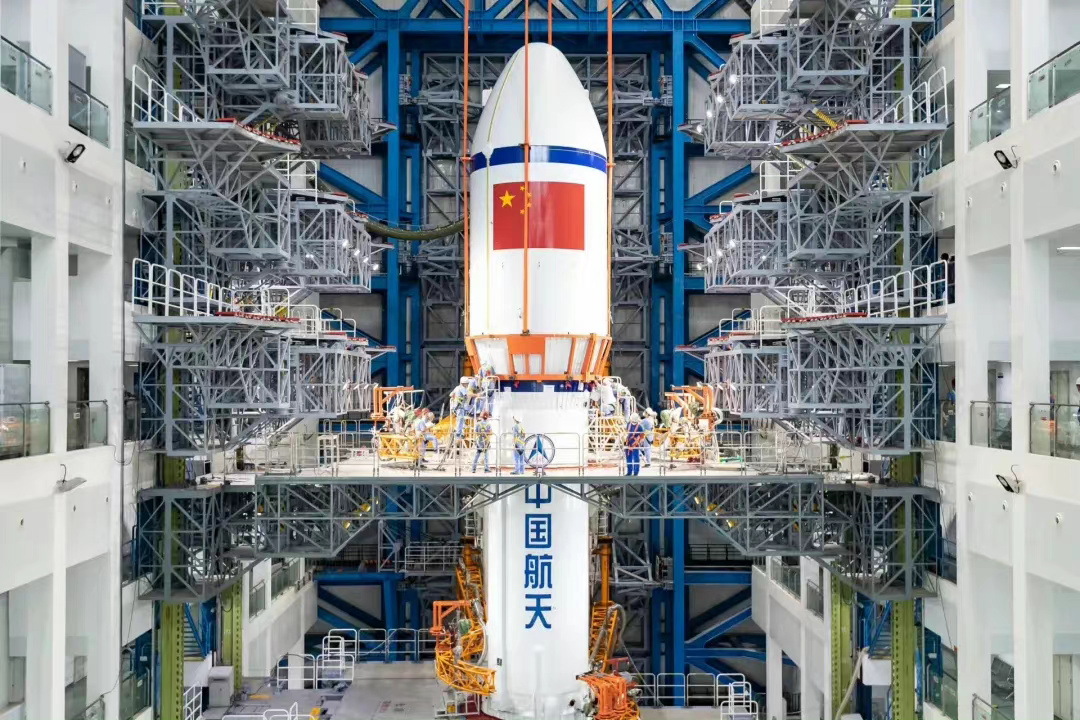 For this flight, the CZ-7A used a short 4.2-meter diameter fairing, although a 5.2-meter fairing is reportedly in work for the vehicle. This suggests that the CZ-7 family is being planned to carry satellites that require a larger fairing volume in the future.

Today’s flight is the second Chang Zheng 7 mission of 2022, the 38th Chinese orbital launch attempt of the year, and the 437th overall mission flown by the Chang Zheng family. It is also the fourth flight of the CZ-7A variant, with the others being flown by the two-stage CZ-7, and the ninth flight overall of the CZ-7 family.  The CZ-7 family has had eight successes, with the first CZ-7A launch in 2020 being the only failure.

The Chang Zheng 7 family is used to launch the Tianzhou series of robotic cargo spacecraft to the Tiangong space station and has been used to launch a scale model of China’s next-generation crew capsule along with a few geostationary orbit satellites. Its next launch is the Tianzhou 5 cargo supply mission to Tiangong, scheduled for November 6.