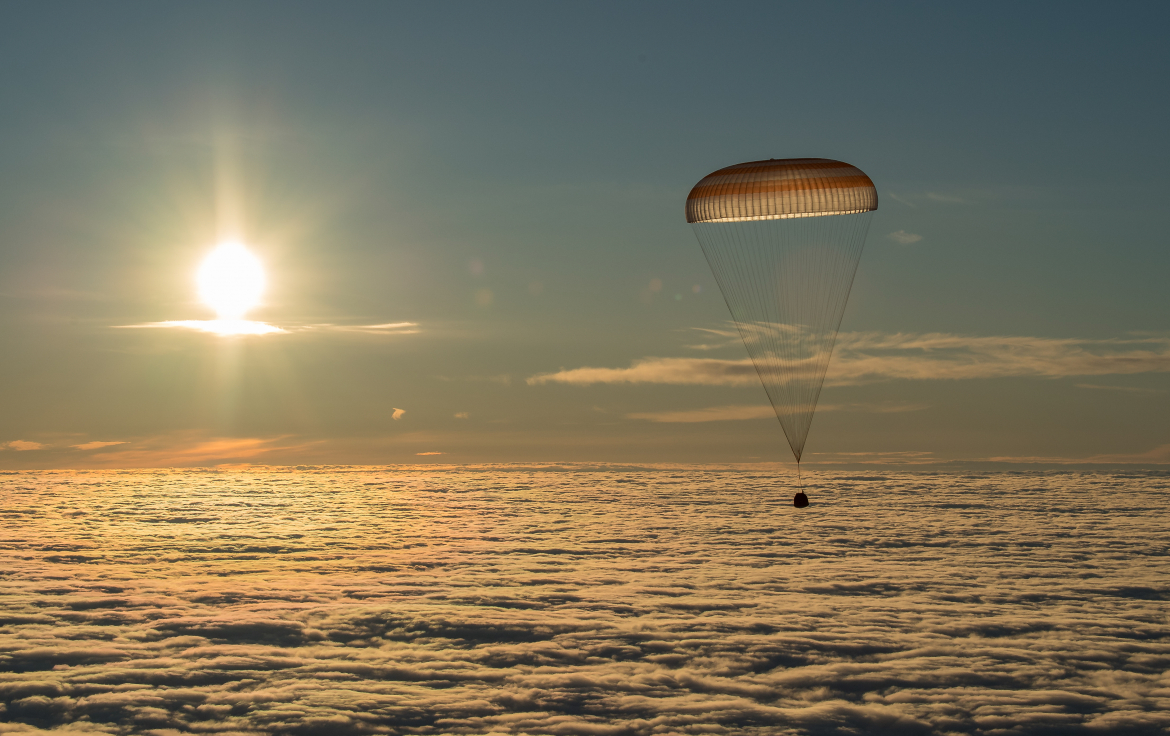 The Soyuz MS-21 spacecraft, which launched three Russian cosmonauts to the International Space Station on March 18 of this year, touched down in the Kazakh steppe. MS-21 landed outside of Dzhezkazgan on Thursday, Sept. 29, completing a 195-day mission in low Earth orbit.

Soyuz MS-21 and Expedition 67 commander Oleg Artemyev, Flight Engineer 1 Denis Matveev, and Flight Engineer 2 Sergey Korsakov said their farewells to their Expedition 66/67 crew mates and boarded their spacecraft for the trip home during the early hours of Sept. 29.

The undocking of MS-21 occurred at 07:34 UTC Thursday morning. The cosmonauts spent their last hours in space preparing for deorbit and landing before the spacecraft’s scheduled touchdown at 10:57 UTC in the semi-arid steppe where most Soyuz spacecraft missions have concluded. 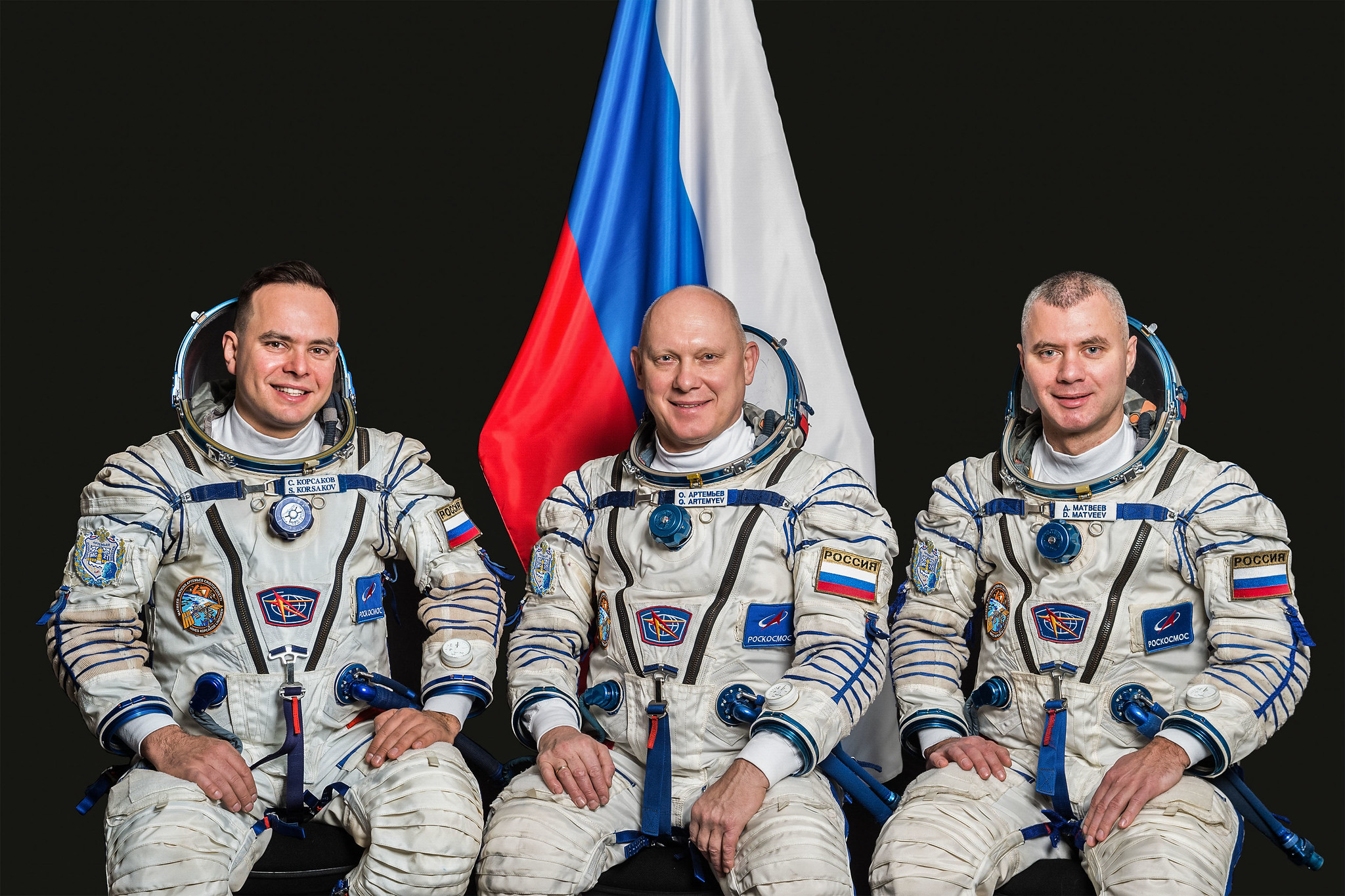 The MS-21 spacecraft, S.P. Korolev, undocked from Prichal’s nadir port where it has remained for the last six months. This spacecraft was the first to dock with Prichal after it became operational earlier this year and was also the first to undock from the ball-shaped module mounted at the nadir docking port of the Nauka module.

The undocking process started three hours and 23 minutes before the scheduled landing, with a command to begin opening hooks and latches. Three minutes later, the physical separation of the spacecraft began. Six minutes after the first undock command was given, S.P. Korolev conducted a 15-second separation burn to quicken its departure from the ISS.

Fifty-four minutes before the scheduled landing, the spacecraft conducted its deorbit burn using the engines mounted on the service module. Shortly before the atmospheric entry interface, the service module—containing the propulsion system and solar panels—and the orbital module—containing the docking apparatus—will both separate from the descent module, where the cosmonauts reside. 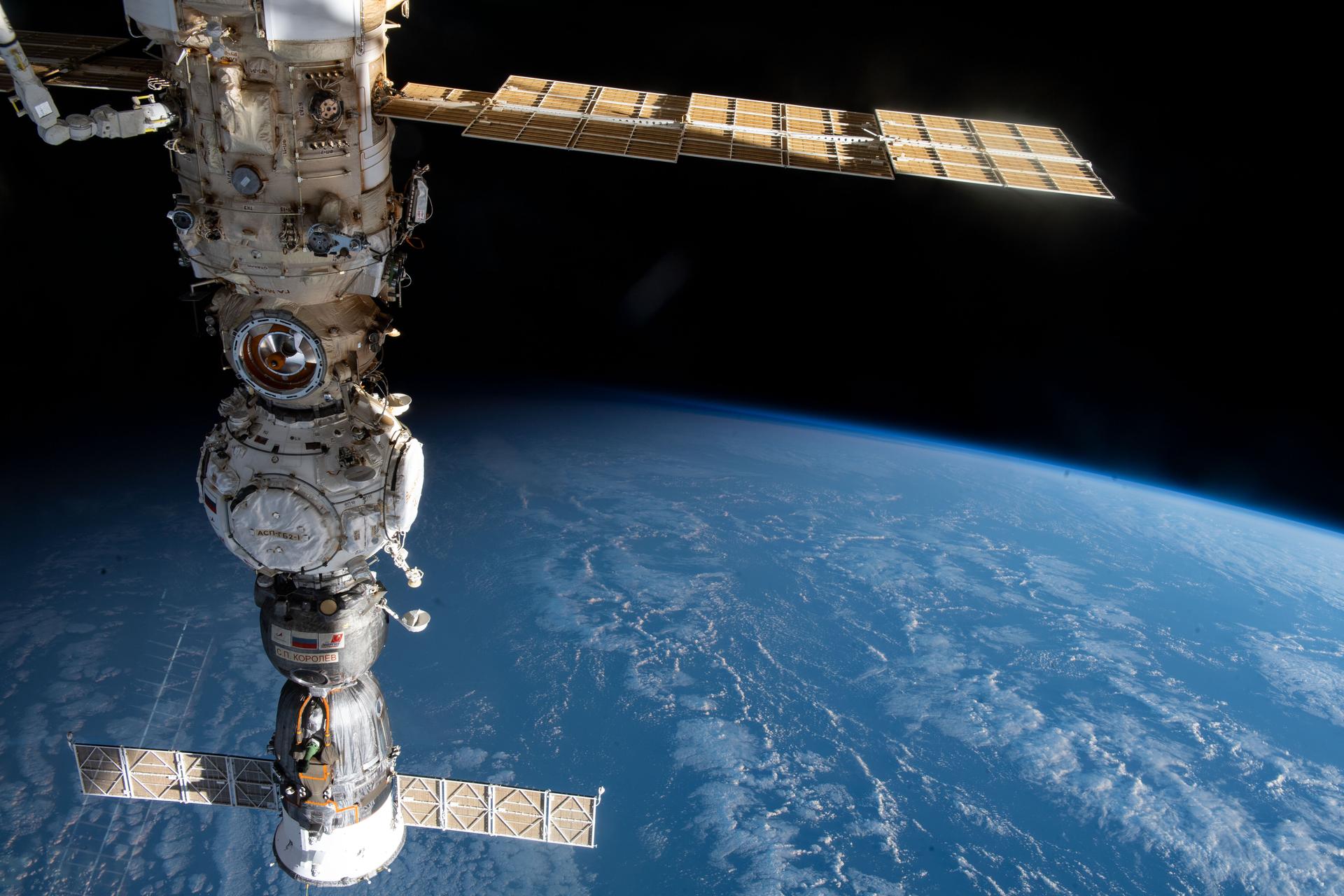 Soyuz MS-21 reentered the atmosphere at around 121 kilometers in altitude—31 minutes after the deorbit burn and 23 minutes before landing. The parachute deployment process started 15 minutes prior to touchdown, with pilot chutes extracting the drogue chute. The main parachute was then deployed, and small solid rocket motors at the bottom of the descent module fired just before touchdown to ensure a soft landing.

Once the spacecraft touches down on the steppe, the crew members are extracted one at a time and checked over by Roscosmos personnel before being taken back to Star City near Moscow. Oleg Artemyev, completing his third flight, spent a total of 560 days in orbit at the end of MS-21’s mission. Cosmonauts Matveev and Korsakov were both on their first spaceflight, and they each have 195 days of space experience.

During the MS-21 crew’s 195-day stay in orbit, the cosmonauts conducted spacewalks to set up the European Robotic Arm (ERA) and conduct other tasks. Oleg Artemyev performed five spacewalks—four with Denis Matveev and one with ESA Astronaut Samantha Cristoforetti. Sergey Korsakov was the intravehicular crew member who assisted the spacewalking cosmonauts from inside the Station.

The Soyuz MS-21 flight was the first flight with three Roscosmos cosmonauts aboard, as NASA decided to postpone a seat swap until MS-22 and SpaceX Crew-5 were ready. Astronaut Loral O’Hara was preparing to replace Sergey Korsakov if the crew swap were to go ahead for MS-21 and Crew-4, but will instead fly on Soyuz MS-23. 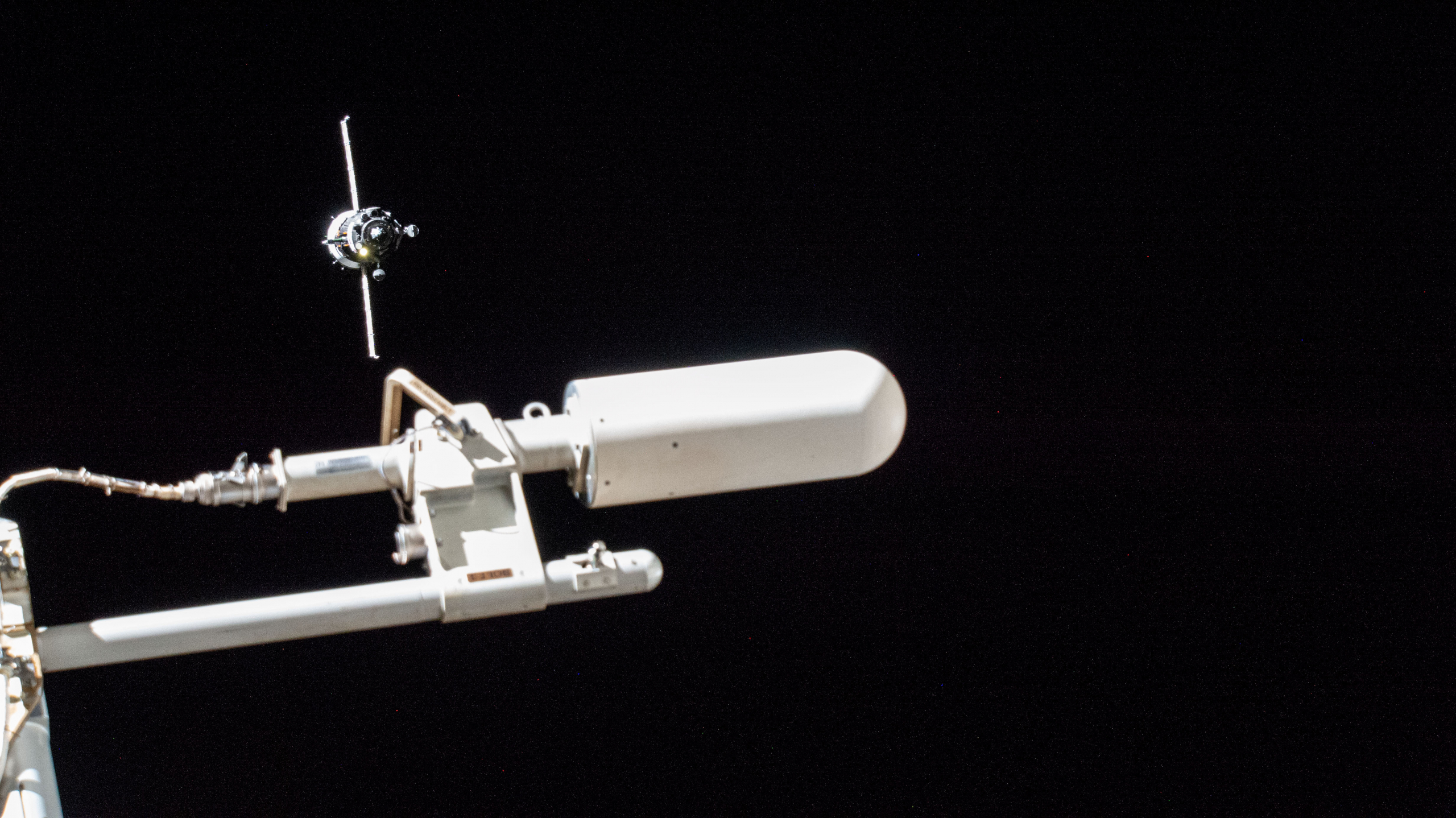 Soyuz MS-21 was also the first crewed spaceflight from Baikonur since the Russian invasion of Ukraine on Feb. 24. The international geopolitical situation has cast doubt on the future of US-Russian space cooperation on the ISS program going forward, though joint ISS operations and crew swaps are continuing as usual at the present time.

Oleg Artemyev is succeeded by Samantha Cristoforetti as the commander of ISS, and the Soyuz MS-21 crew has handed over the Russian presence at the station to the crew of Soyuz MS-22. Cosmonauts Sergey Prokopyev and Dmitry Petelin—both backup crewmembers for MS-21—are staying aboard ISS for the next six months.

NASA Astronaut Frank Rubio, who launched to the ISS with Prokopyev and Petelin aboard MS-22, is also on a six-month rotation to the Station. The crew swaps are designed to ensure that both the US and Russia always have a presence onboard and to allow for flights of their personnel to continue if Soyuz or the US commercial vehicles are grounded for any reason.

Another Soyuz MS-21 backup crewmember, Anna Kikina, is scheduled to fly aboard the SpaceX Crew-5 mission in October, alongside astronauts Nicole Mann, Josh Cassada, and Koichi Wakata of Japan.