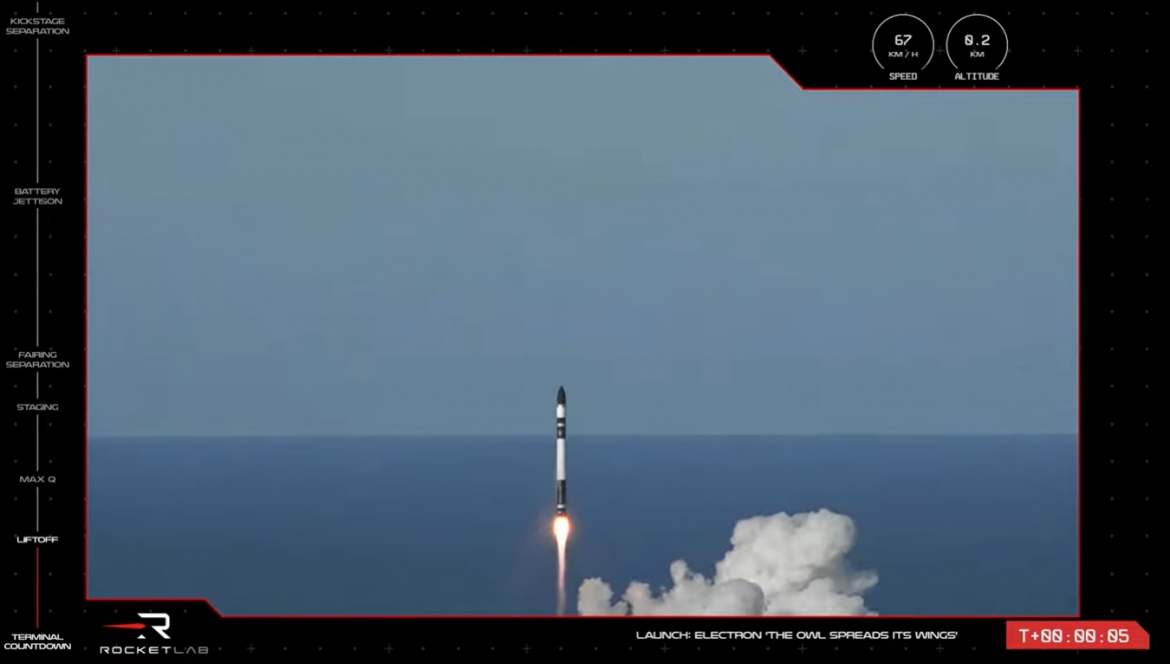 Rocket Lab has made the company and the Electron rocket’s 30th flight. “The Owl Spreads Its Wings,” the company’s third dedicated flight for Japanese company Synspective, launched to Sun-synchronous orbit (SSO) on Thursday, Sept. 15, lifting off at 20:38 UTC.

LC-1B is the second launch pad to be built at Mahia, with the first, LC-1A, located just a couple hundred feet away from LC-1B. The pad made its launch debut earlier this year with “The Owl’s Night Continues,” also for Synspective, on Feb. 28, 2022. Rocket Lab is planning to use both pads at Mahia alongside their new launch site at Wallops Island, Virginia in the United States for future Electron operations. 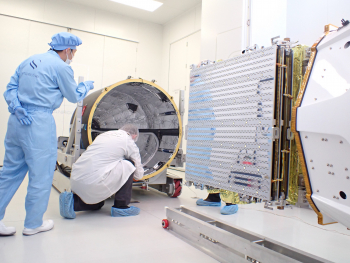 The StriX-1 satellite, massing approximately 100 kilograms, is a satellite capable of observing Earth through clouds or under conditions of darkness thanks to its X-band SAR capability. StriX-1’s resolution is three meters in “stripmap” mode with a 30-kilometer swath or one meter in “sliding spotlight” mode with a 10-kilometer swath.

Synspective plans to offer services related to disaster monitoring, hazard mitigation, forestry, urban infrastructure, and many other customer needs. Japanese company Tokyo Keiki Inc is planning to head the construction of the satellites used in the constellation. Tokyo Keiki, already a supplier of Synspective’s microwave power amplifier modules on its satellites, will build a new factory and clean room for satellite assembly in the coming years.

The 18-meter high and 1.2-meter wide Electron rocket uses liquid kerosene (RP-1) and liquid oxygen (LOX) propellants, with propellant loading starting several hours before launch. A pre-launch poll is conducted at T-12 minutes, and if the poll is “go,” terminal count starts at T-10 minutes. Electron then launches at T0 with the power of its nine sea-level optimized Rutherford engines on its first stage.

After Electron reaches maximum aerodynamic pressure (Max Q) at approximately T+1:20, the next major ascent milestone is main engine cutoff (MECO) and stage separation at around T+2:30. The fairing, which was custom-built to accommodate Synspective’s satellites, separated around the T+3:00 mark. A single vacuum-optimized Rutherford engine powered the second stage, the kick stage, and the satellite to a parking orbit.

The kick stage placed the StriX-1 satellite into a 563-kilometer high orbit inclined 97 degrees to the equator. This orbit will enable StriX-1 to pass over any given point on the globe at the same local mean solar time, ensuring consistent lighting conditions on the surface. The satellite will deploy its five-meter-long antenna once in orbit, which contains solar panels on the two “wings” of the antenna. 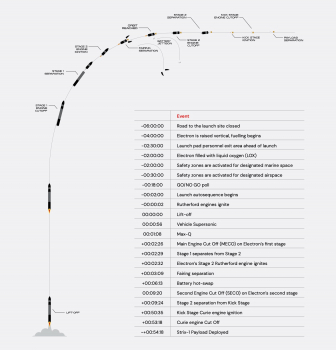 The Electron for “The Owl Spreads Its Wings” was not recovered. The next Electron recovery attempt is planned for later this year, as part of Rocket Lab’s plan to reuse Electron’s first stages to reduce the price of its launches. A recovered Electron from a previous flight was recently successfully test-fired — a step forward in Rocket Lab’s Electron reuse plans.

“The Owl Spreads Its Wings” is the second in a series of three dedicated missions bought by Synspective following the StriX-α launch in 2020. The next dedicated Synspective flight is scheduled for sometime in 2023. Synspective chose to purchase dedicated flights so that it could enable specific LTANs (Local Time of the Ascending Node) that would not be available with rideshare missions.

The launch of “The Owl Spreads Its Wings” marks Rocket Lab’s seventh launch in 2022. The next flight after “The Owl Spreads Its Wings” is currently planned to be the launch of the HawkEye 360 Flight 1 payload, set to be launched from the new Wallops Launch Complex-2, which is preparing to become an operational launch site after an extended period of work to confirm Electron’s AFTS (automated flight termination system) capabilities from the site. The launch of the HawkEye 360 Flight 1 payload is scheduled for no earlier than December 2022.