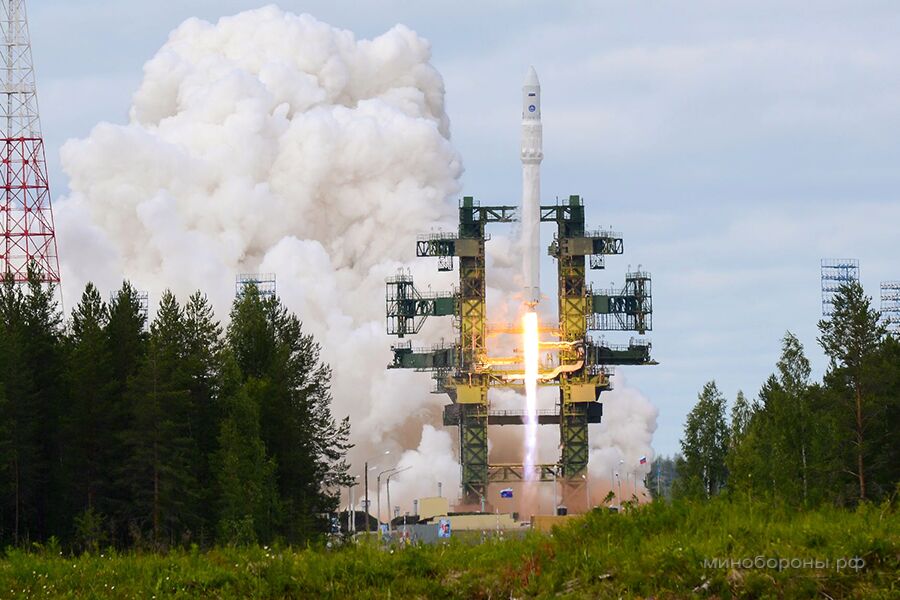 At 19:55 UTC on Oct. 15, an Angara 1.2 rocket launched from Site 35/1 at the Plesetsk Cosmodrome carrying a payload for the Russian military to a Sun-synchronous Orbit (SSO).

The exact identity of the payload is not known, other than it received the Kosmos-2560 designation upon reaching orbit. While initially suspected to be a small military optical reconnaissance satellite designated EMKA-3, new reports offer the payload is part of a different series of satellites and is designated EO MKA No. 3.

The Kosmos-2560 mission was launched from the Plesetsk Cosmodrome. The cosmodrome was officially founded on Jan. 11, 1957, when the Soviet Union passed a resolution for the founding of a special military site designed to test the R-7 intercontinental ballistic missile, which would later evolve into the iconic Soyuz rocket. Since its inception, the cosmodrome has gone on to launch the Russian Soyuz, Cosmos-3M, Rokot, Tsyklon, and Angara rockets, with Angara being the most recent addition to Plesetsk’s launch manifest. 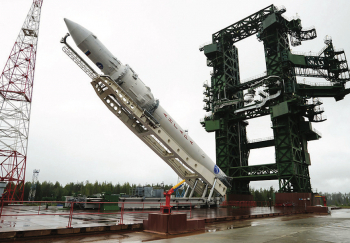 Angara 1.2 rocket being raised vertical at Site 35/1 at the Plesetsk Cosmodrome before a previous launch. (Credit: International Launch Services)

The first orbital launch from Plesetsk occurred on March 17, 1966, when a Vostok-2 rocket lofted the Kosmos 112, a first-generation Soviet optical reconnaissance satellite, into low Earth orbit (LEO). The satellite was similar to the United States’ Corona satellites, as it took photographs on film and returned them to Earth in reentry capsules.

By 1997, 33 years after the cosmodrome’s first launch, Plesetsk had seen over 1,500 launches, making it the most active cosmodrome in Russia at the time.

The launch site was first discovered by British physics teacher Geoffrey Perry and his students, who carefully analyzed the orbit of Kosmos 112 and were able to deduce that the satellite had not been launched from the Baikonur Cosmodrome. The first publicly observed launch from the cosmodrome was in 1969 when bystanders in Finland were able to observe and capture pictures of the launch of the Meteor 1-2 satellite.

Before the fall of the Soviet Union in 1991, Plesetsk was mainly used for launching classified military payloads, most often the Zenit photo-reconnaissance satellites, which were first launched in the 1970s and into the 1980s. Due to the classified nature of Plesetsk at the time, the Soviet Union did not officially acknowledge the existence of the cosmodrome until 1983.

The Cosmodrome has only become busier in recent years, as Kazakhstan, now an independent country, has started charging Russia $115 million dollars annually for the use of the land, as there are security concerns about launching classified missions from complexes not owned by Russia.

The launch of Kosmos-2560 is just the second time that Angara 1.2 rocket has launched operationally, and it was the second launch using the 1.2 variant, designed specifically for payloads launching to LEO.

While the Angara 1.2 can only launch 3,800 kg to LEO, the more capable version — the Angara A5 — has flown a majority of Angara missions to date. Angara A5 uses four strap-on URM-1s, a larger second stage, and can opt for the use of a third stage based on the nature and requirements of a mission. 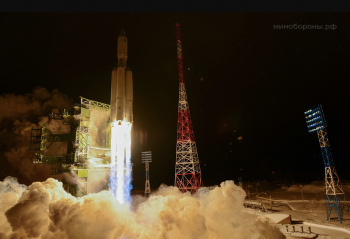 Maiden launch of the Angara A5 rocket in Dec. 2014. (Credit: Roscosmos/Ministry of Defence of the Russian Federation)

This launch is the second of four planned Angara launches in 2022, with one government launch planned for Roscosmos, the Russian state space agency, and one commercial launch for South Korea. The remaining two launches are both currently scheduled for no earlier than Dec. 2022, and no specific indications have been given as to which payload will be launched first.

For the commercial South Korean launch, Angara 1.2 will launch the Korean Multi-Purpose Satellite-6, or KOMPSAT-6, for the Korean Aerospace Research Institute. KOMPSAT-6 is a synthetic aperture radar satellite and is planned to deliver images that feature 0.5-meter ground resolution. The satellite bus is built by the Korean Aerospace Research Institute (KARI) with Airbus Defense and Space providing the sensors for the satellite.

The second of the two remaining Angara launches is the launch of the Ekspress-AMU communications satellite atop an Angara-A5 to a geostationary orbit (GEO). Ekspress satellites have been launching since October 1994 and are operated by the Russian State Company for Satellite Communications.

(Lead image: Launch of the Angara 1.2PP rocket from the Plesetsk Cosmodrome in 2014. Credit: Ministry of Defence of the Russian Federation)