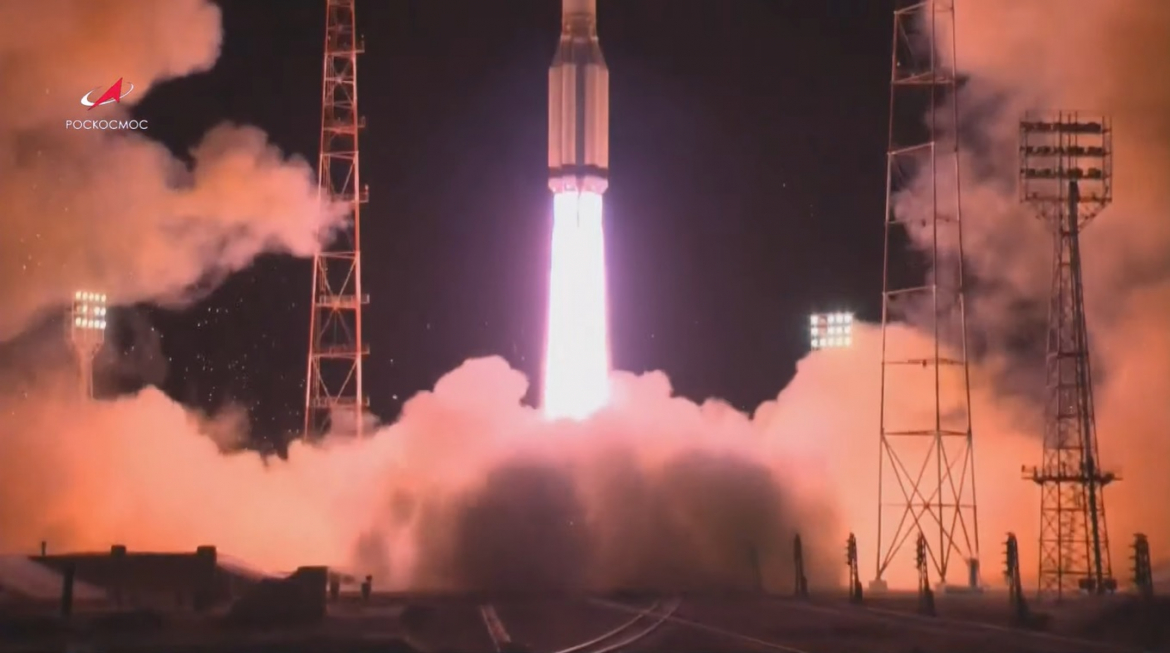 Russia launched Angosat-2 atop a Proton-M rocket from the Baikonur Cosmodrome in Kazakhstan at 15:00 UTC on Oct. 12. The 118th launch of Proton-M took place from Site 81/24 in Baikonur, and marks the first launch for the Proton-M rocket for 2022.

The payload for the mission is the Angosat-2 telecommunications satellite for the African country of Angola. Angosat-2 is a replacement for Angosat-1, which was Angola’s first satellite and was launched on a Zenit rocket from the Baikonur Cosmodrome in December 2017.

The construction of Angosat-2 did not add any new costs to Angola, which was in part due to Angosat-1’s insurance package, which consisted of a $300 million contract.

Angola-2 will serve as a geostationary communications satellite, serving areas across the African continent and more specifically focusing on southern Africa. Massing in at roughly two tons, the payload is a high-throughput satellite (or HTS) that will provide 13 gigabytes of total bandwidth to areas on Earth that will be in range. 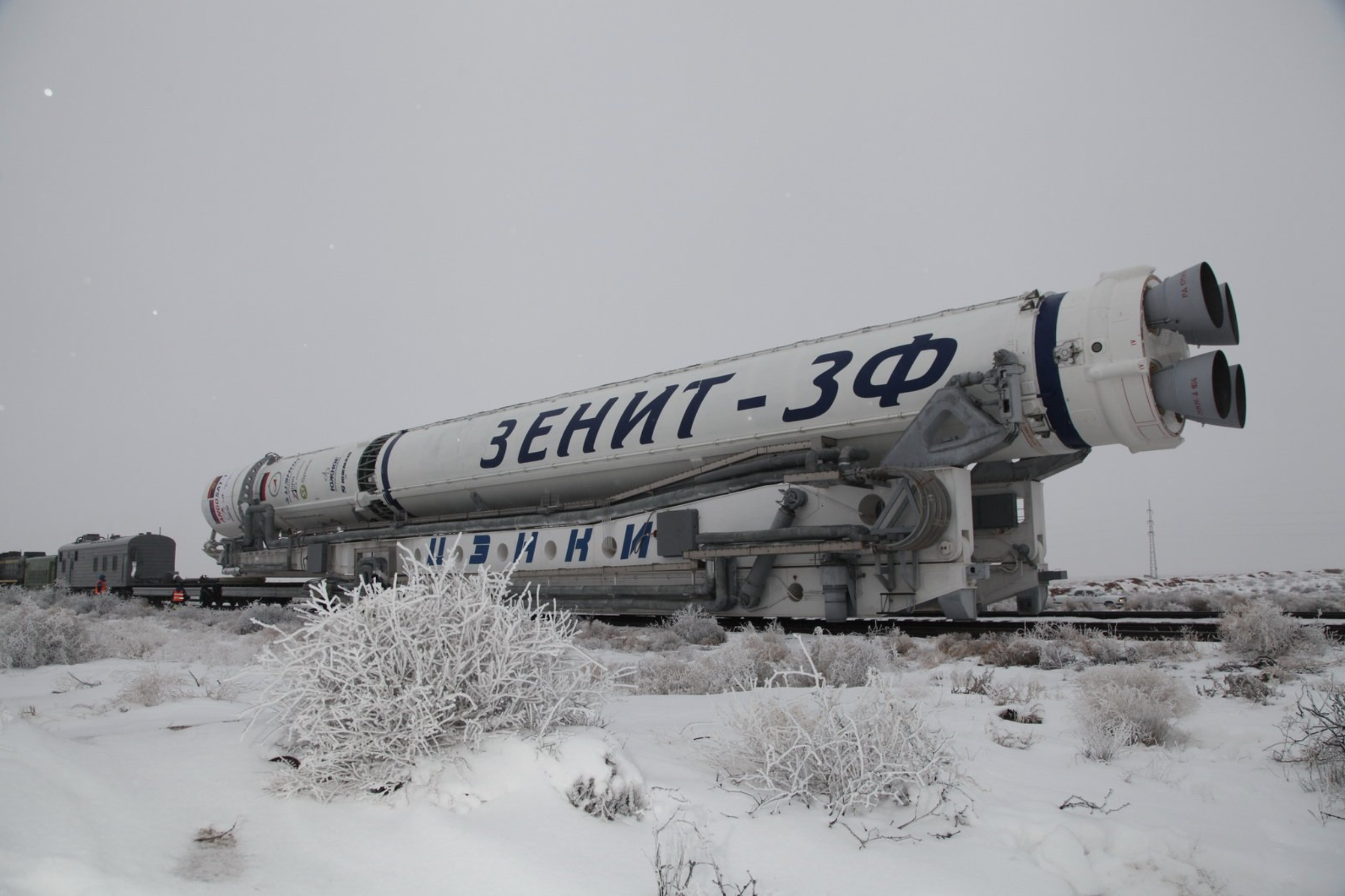 Angosat-1 as seen being rolled out in 2017 on a Zenit rocket in Baikonur. (Credit: Roscosmos)

The Proton-M rocket was integrated and assembled horizontally at the assembly and test building at Site 94 in Baikonur. The vehicle was designed and manufactured by the Khrunichev State Research and Production Space Center — the same manufacturer as its successor: the Angara rocket. The Proton launch vehicle only has a few remaining flights left as it is being phased out in favor of Angara.

Angara is Russia’s new heavy-lift launch vehicle, utilizing the launch site at the Plesetsk Cosmodrome, and will also launch from the Vostochny Cosmodrome.

Proton was designed during the Cold War, first flying on July 16, 1965. The vehicle was derived from the proposed UR-500 Intercontinental Ballistic Missile (ICBM). Later variants were then developed, making Proton a heavy-lift launch vehicle.

The design of the vehicle was led by Vladimir Chelomei, who was a rival to Sergei Korolev during the space race. Korolev was against the use of Proton as a crewed launch vehicle due to its use of hypergolic propellants.

The Proton rocket has been an instrumental rocket for the Soviet and subsequently Russian space station programs. Different variants of the design lofted notable space stations, including the Mir Core Module and other modules for the Mir Space Station and the Zarya, Zvezda, and Nauka modules on the International Space Station (ISS). The vehicle was also used to launch the uncrewed Zond spacecraft around the moon.

Proton-M was also scheduled to launch the joint Russian-European ExoMars mission. However, with the Russian invasion of Ukraine, the mission has been suspended.

The Proton-M rocket with the Angosat-2 payload atop it rolled out by train from the building to the launch pad at Site 81/24 at the Baikonur Cosmodrome. Once at the launch site, the Proton rocket was rotated vertically on the pad. This was done using a strongback.

Unlike some rockets, including Falcon 9 and SLS — which use a strongback or umbilical tower to fuel the launch vehicle alongside the rocket — Proton is fueled using umbilicals at the bottom of the first stage, between the engines.

At launch on Oct. 12, the six Energomash RD-275M engines ignited, allowing the large vehicle to lift off from the pad at Site 81/24. The RD-275M engine runs on dinitrogen tetroxide (N2O4) and unsymmetrical dimethylhydrazine (UDMH) and operates in the staged combustion cycle.

The Proton rocket has been criticized by some in Kazakhstan due to its use of hypergolic fuels such as N2O4 and UDMH, which are bad for the environment.

As the Proton-M continues the uphill climb to orbit, the vehicle pitches downrange of the launch site and rolls to the proper launch azimuth.

Prior to shutdown on the first stage, a sequence called hot-staging occurs. The engines on the second stage of the Proton-M ignite while the stage is still attached to the first stage.

The second stage then separates and continue to loft the Angosat-2 payload toward orbit. Next, the RD-0212 engine on the third stage ignites, and the stage separates from the second stage. The RD-0212 comprises a single RD-0213 engine and an RD-0214 vernier engine.