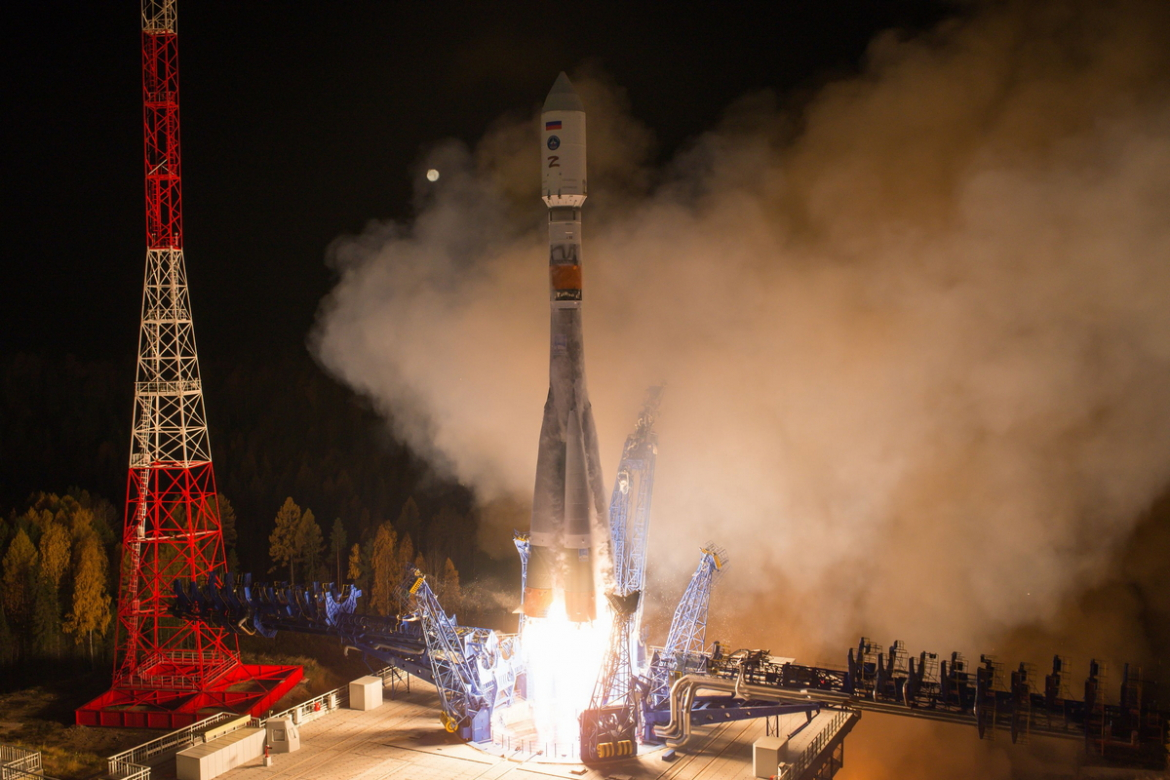 Russia has added another satellite to its current satellite navigation network with the successful launch of a Soyuz-2.1b/Fregat rocket. Liftoff occurred at 5:52 AM Moscow Time (02:52 UTC) on Oct. 10 from the Plesetsk Cosmodrome in the northwestern part of Russia carrying GLONASS-K1 No. 17.

The GLONASS constellation of satellites is very similar to the US Global Positioning System (GPS) and European Galileo satellites. GLONASS uses satellites in medium Earth orbit broadcasting highly accurate timing signals which receivers can use to triangulate their locations. GLONASS satellites broadcast four navigation signals in the L-band: unrestricted L1 and L2 signals for civilian use, and equivalent restricted signals for the Russian military.

The GLONASS satellites are positioned in three different planes 120 degrees apart from each other with eight satellites in each plane. This particular satellite will function in medium Earth orbit at an altitude of 19,100 km (11,900 mi) and a 64.8° inclination. This plane allows for coverage to higher latitudes, which can be difficult to reach with traditional GPS networks operating at a 55° inclination. 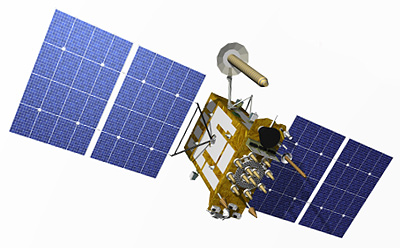 The first satellite in the GLONASS network was launched in 1982, eventually reaching full capacity in 1996. Previous satellites in the GLONASS constellation had short lifetimes, resulting in 140 different satellite launches as old ones failed and needed replacing. In 2001, the switch was made to the Uragan-M model, which offers a fivefold increase in accuracy as well as an improved on-orbit lifespan. The current generation of GLONASS-K1 satellites, including No. 17, is expected to continue working for 10 years.

These satellites can be launched aboard a Proton rocket, or in the case of Sunday’s launch, aboard a Soyuz. The K series of satellites has a major improvement over older versions. It includes the first unpressurized GLONASS satellites, allowing them to work solely in the vacuum of space. In addition, it has a reduced mass of only 750 kg (1,650 lb) compared to the older M series which has a mass of 1,450 kg (3,200 lb).

The three-stage Soyuz-2.1b vehicle was topped with a Fregat upper stage for the GLONASS launch. The Fregat, when used in conjunction with Soyuz, allows satellites to be placed into higher or more complex orbits than could be achieved using just the core vehicle. In the case of GLONASS missions, it allows for direct insertion into medium Earth orbit.

The Soyuz-2.1b is a modernized version of the Soyuz family of rockets, which trace their history back to Sergei Korolev’s R-7, the world’s first intercontinental ballistic missile. The R-7, which first flew in 1957, was also used to launch the world’s first satellite, Sputnik, and formed the basis of the rockets that carried Yuri Gagarin’s Vostok 1 mission into orbit. It also deployed the Soviet Union’s earliest probes to the Moon and other planets.

The Soyuz-2 series was engineered to improve performance and reliability. Digital flight control systems replace the analog equipment used on earlier versions of the Soyuz, while the first and second-stage engines have also been upgraded. In addition, the Soyuz-2.1b uses an RD-0124, a more powerful third-stage engine.

Soyuz launched from Site 43/4 at the Plesetsk Cosmodrome in Northwest Russia. Plesetsk is one of four Soyuz launch sites worldwide – alongside the Vostochny Cosmodrome in Eastern Russia, the Baikonur Cosmodrome in Kazakhstan, and the Centre Spatial Guyanais in Kourou, French Guiana, although launches from the latter have been placed on hold during the ongoing Russian conflict with Ukraine. 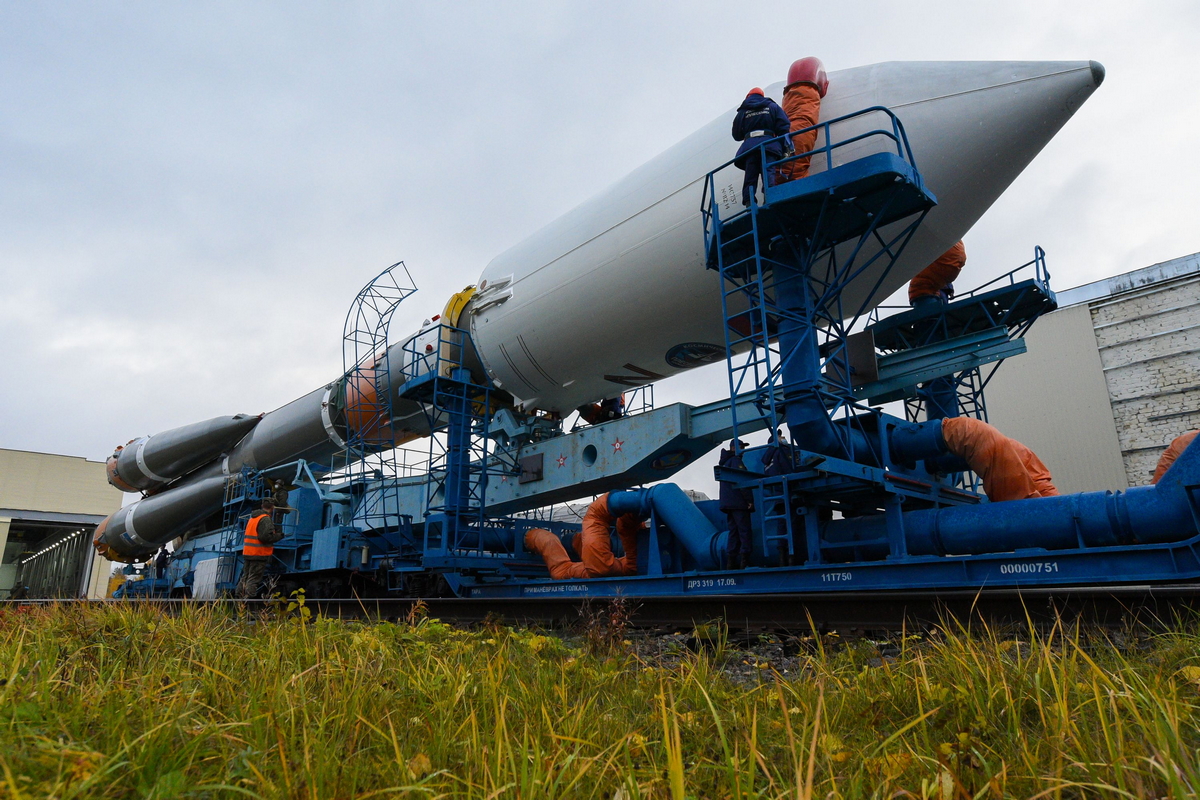 The ignition sequence for the Soyuz rocket began 16 seconds before liftoff. That includes the first stage, which consists of four boosters clustered around the second stage. Each one contains an RD-107A engine. At the same time, the second stage, also known as Blok-A ignites its RD-108A engine that includes additional vernier motors to help steer as the rocket ascends. All three stages burn RG-1, the Russian equivalent to the rocket grade kerosene known as RP-1 used in the US, and use liquid oxygen as an oxidizer.

After 118 seconds, the first-stage boosters are depleted and separated with the help of vented gases to push them away from the vehicle. This results in a pattern known as the “Korolev Cross,” named after the chief designer of the Soyuz.

At around three and a half minutes into the flight, the fairings protecting the GLONASS satellite separated as the rocket escaped the thicker portion of the Earth’s atmosphere.

Four minutes and 45 seconds into the flight, as Blok-A neared the end of its burn, the third stage, known as Blok-I, fired its engine while Blok-A is still lit. This process is known as hot staging. Many Russian rockets use this procedure to ensure Blok-I remains settled through separation and prevent the need for additional separation motors. A few seconds later, separation occurred. 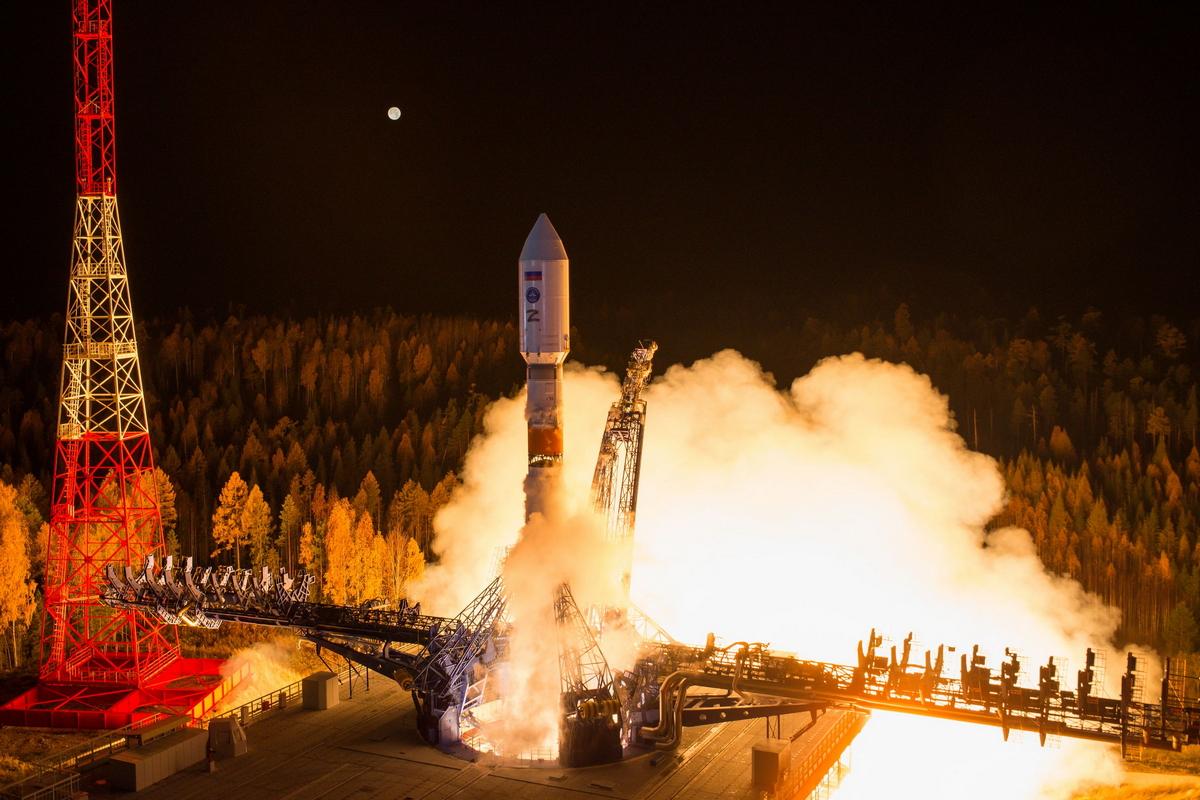 The first and second stages of Soyuz-2.1b ignite at Site 43/4 at Plesetsk. (Credit: Roscosmos)

Blok-I continued to burn for an additional five minutes before shutting down, placing the satellite into a parking orbit. At this point, the Fregat upper stage and GLONASS-K1 No. 17 were released from Blok-I and separated from the launch vehicle.

The Fregat used storable propellants, unsymmetrical dimethylhydrazine and dinitrogen tetroxide, and was fitted with an S5.98M engine which can be restarted multiple times. The engine performed three different burns over three and a half hours to place the spacecraft into its final orbit. At that point, GLONASS-K1 No. 17 separated from the Fregat.

Once in this final orbit, the satellite is expected to be designated Kosmos 2559. This marks the 13th Soyuz rocket so far this year and the fourth of the Soyuz-2.1b.