Rocket Lab launches “It Argos Up From Here” mission 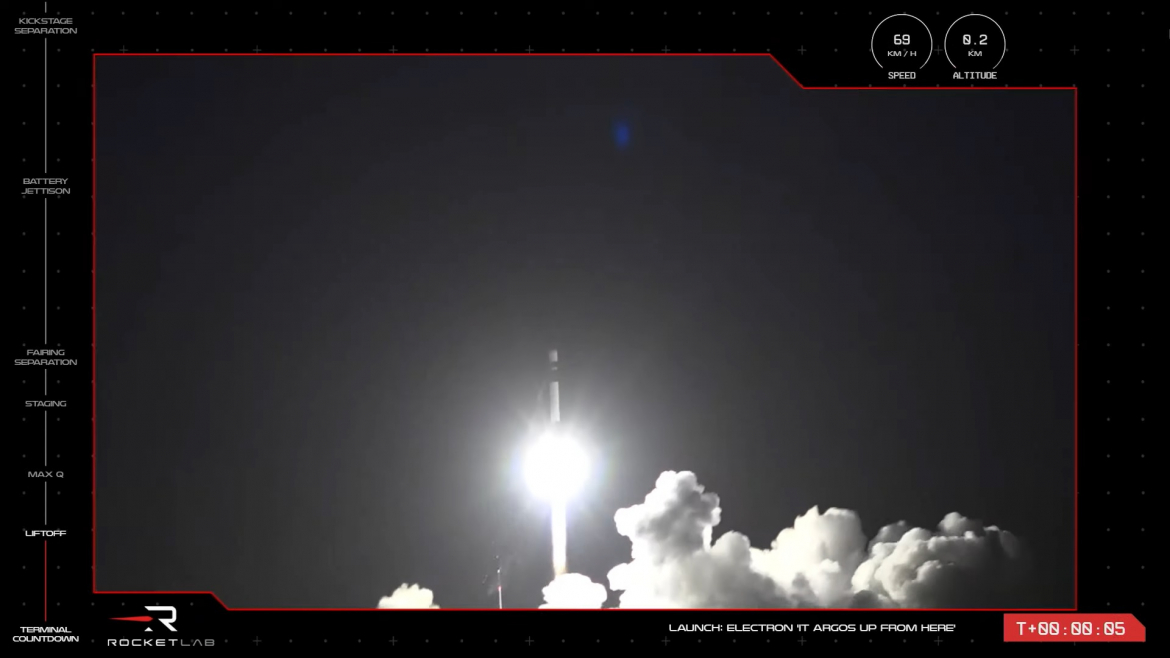 Rocket Lab has launched its 31st Electron rocket on the “It Argos Up From Here” mission from Rocket Lab’s private Launch Complex 1B (LC-1B), on the Mahia Peninsula in New Zealand. Liftoff occurred on Saturday, Oct. 8 at 6:09 AM NZT (17:09 UTC on Oct. 7).

This launch marks Rocket Lab’s eighth launch of 2022 and their fourth overall launch from LC-1B – one of Rocket Lab’s three launch pads, which include LC-1A and LC-1B at Mahia, and LC-2 at Wallops in the United States.

The mission name “It Argos Up From Here” is a play on words of the common colloquialism “it’s all downhill from here” and the payload name, Argos-4. The payload consists of a single General Atomics satellite based on their GAzelle satellite bus.

This bus will be used to host several experiments for a variety of customers as part of their Hosted Payload Solutions (HoPS) mission and will be part of the Argos worldwide Data Collection System (Argo DCS) – a constellation that collects, processes, and releases environmental data around the world.

Argos DCS is part of a joint agreement between the National Oceanic and Atmospheric Administration (NOAA) and the French Space Agency’s Centre National d’Etudes Spatiales (CNES). Established in 1978, the Argos satellite constellation currently consists of seven operational satellites, with the oldest having been launched in 1998.

All of these satellites were launched into Sun-synchronous orbits with an altitude of ~850 km. This allows each satellite to view ~5,000 square km at a time and have a period of ~100 minutes.

The largest and primary hosted payload is the Argos-4 Advanced Data Collection System, which will collect data from thousands of sensors from around the globe, and will then be used to monitor wildlife and fishing, maritime security, and non-environmental uses. Additionally, there will be several payloads onboard that will be used to monitor radiation in orbit. 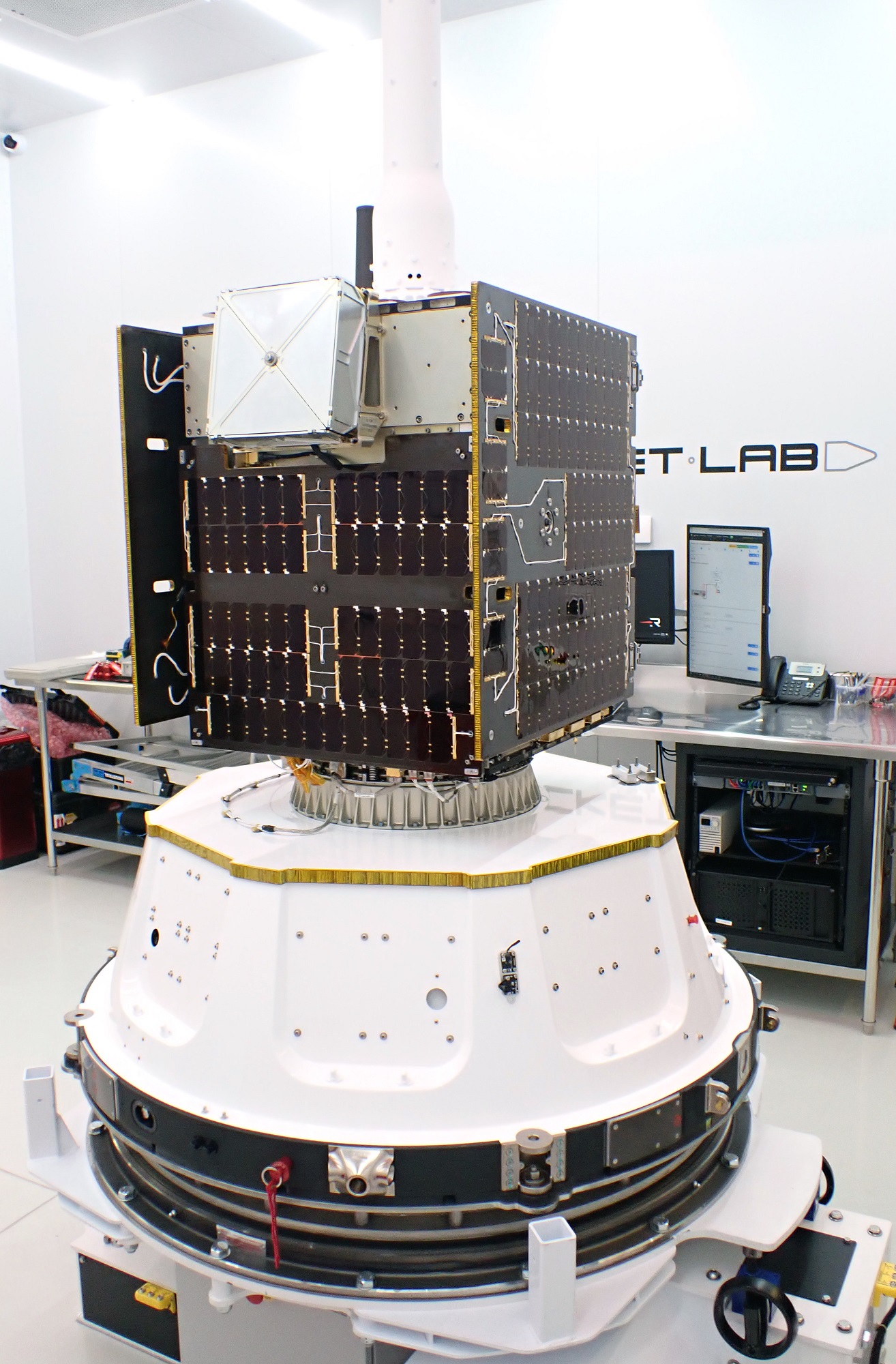 Rocket Lab’s countdown starts six hours before launch when the road to the launch site is closed, and two hours later, the rocket is raised vertically and the fueling of Electron’s RP-1 tanks begins. 90 minutes later, the launch pad personnel exit the area, clearing the pad so operations can continue without any risk to humans.

At T-2 hours, Electron begins to be filled with Liquid Oxygen (LOX) in both stages. Also at this time, the notice to mariners goes live, protecting boaters from the vehicle.

At T-30 minutes, the airspace around the vehicle and its ascent corridor is closed. 12 minutes later, the launch director performs a go/no-go poll wherein teams verify that the weather, rocket, ground service equipment, and range are ready to support the launch attempt.

Assuming all teams are go, the vehicle continues to count down until T-2 minutes, when launch auto-sequence begins.

All nine Rutherford engines ignited at T-2 seconds. Each 3D-printed Rutherford engine is electric pump-fed, meaning that instead of utilizing a gas generator or closed-cycle preburner to spin the turbopumps, an electric motor is used. This is possible due to the small size of Electron.

Each engine produces 25 kN of thrust at sea level and 26 kN in a vacuum. The engine’s impulse per unit mass (or Isp) in a vacuum is 343 seconds.

Once all engines are at full thrust and all systems have been checked out, the vehicle commands the launch clamps to release the vehicle, and Electron shoots off the pad and reaches supersonic speeds (Mach 1) at T+56 seconds. 12 seconds later, the vehicle reaches maximum aerodynamic pressure, or Max-Q, which is the point in the flight where aerodynamic loads are at their strongest on Electron. 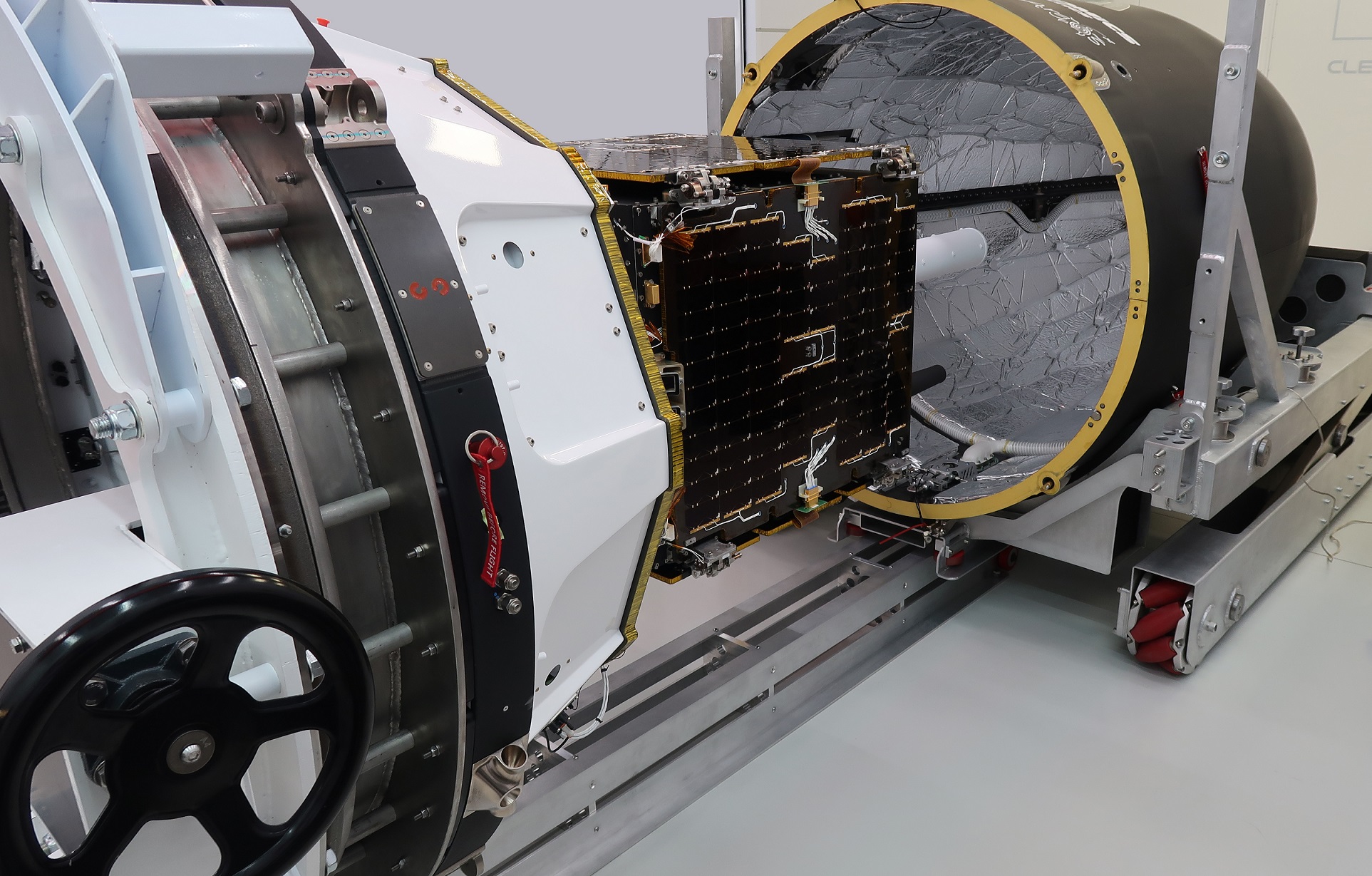 Payload integration of “It Argos Up From Here.” (Credit: Rocket Lab)

At T+2:57, the 1.2-meter diameter carbon fiber composite fairing halves separated from the vehicle, exposing the payload to the vacuum of space.

At T+6:11, an event unique to the Electron occurs: the second stage ditches half of its batteries in an event known as “battery hot-swap.” This simple hot-swap takes Electron from being able to put negligible mass into LEO to over 300 kg.

At T+51:26, the kick stage’s Curie engine ignited for two minutes and 32 seconds to circularize the orbit to the final 750 km Sun-synchronous orbit. Argos-4 was deployed at T+54:58, completing the mission.

“It Argos Up From Here” marks the 132nd orbital launch attempt of 2022–a significant increase in the number of orbital launches from previous years.

(Lead image: Electron lifts off from LC-1B on “It Argos Up From Here.” Credit: Rocket Lab)