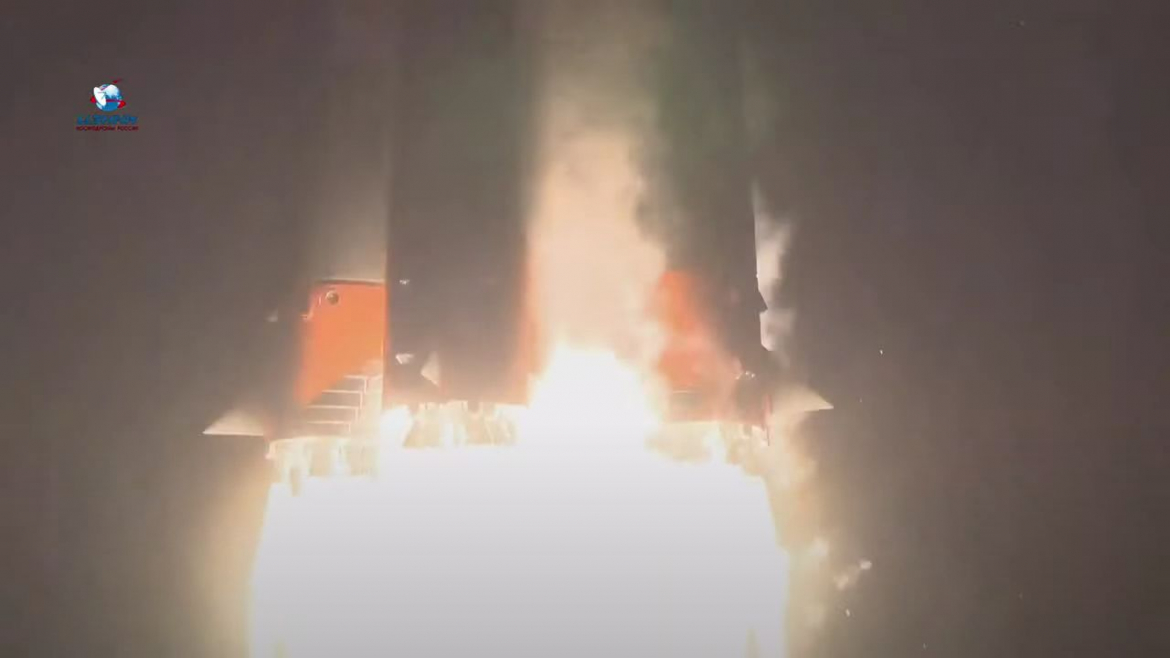 Roscosmos launched Progress MS-21 atop a Soyuz-2.1a rocket from the Baikonur Cosmodrome, in Kazakhstan, at 8:20 PM EDT on Oct. 25 (00:20 UTC on Oct. 26). After launching from Site 31/6 in Baikonur, the Progress MS-21 spacecraft conducted a standard two-day autonomous rendezvous with the International Space Station (ISS).

Now docked to the ISS, the spacecraft delivered more than 2.5 tonnes of supplies to the Expedition 68 crew aboard the Station. This includes 702 kilograms of fuel for the ISS, 420 kilograms of drinking water, fresh food, clothes, and hygiene equipment.

The launch comes after Progress MS-19 undocked from the Poisk Module on the ISS at 22:45 UTC on Oct. 23, and subsequently deorbited at 01:45 UTC on Oct. 24. The spacecraft then reentered over the southern Pacific Ocean, concluding a resupply mission that launched on Feb. 15.

The Progress MS-21 mission marks the 65th launch of a Soyuz-2.1a rocket and the eighth this year. It is also the 174th flight of a Progress spacecraft, which was originally developed and launched in 1978 to resupply the Soviet Salyut 6 space station; subsequent variants have been developed to modernize the design.

The mission comes as the ISS program is one of the few areas in which collaboration between the U.S. and Russia, along with other international partners, has continued amid the ongoing conflict in Ukraine.

Progress is the Russian counterpart to the American Cygnus spacecraft, developed by Northrop Grumman, and JAXA’s future HTV-X spacecraft. These spacecraft are designed to resupply the station and later are filled with trash and disposed of during reentry into the Earth’s atmosphere.

The Progress MS-21 spacecraft was manufactured at the RSC Energia plant in Russia. In 2021, the spacecraft was loaded onboard a train and was transported to the Baikonur Cosmodrome in Kazakhstan. 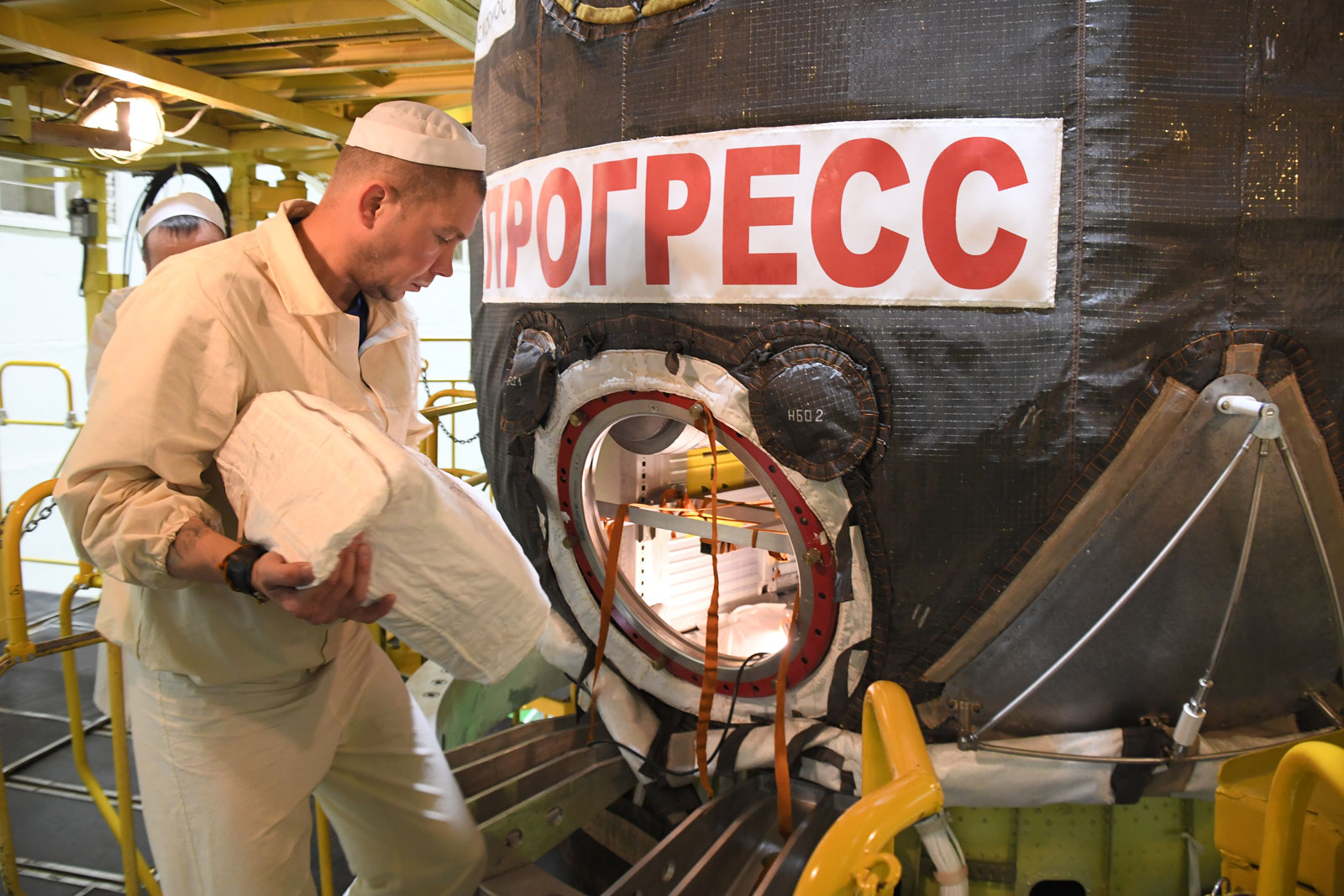 Upon arrival in Baikonur, the spacecraft was unloaded at Site 254. The complex was originally built as the orbiter processing facility for the Soviet Buran orbiter. In the post-Soviet era, Site 254 has been used to process Progress and Soyuz spacecraft as well as the Nauka module.

Progress MS-21 was then put into temporary storage until further pre-launch processing began.

On Sept. 12, 2022, engineers and personnel from RSC Energia and the Yuzhny Space Center began pneumatic vacuum tests on the spacecraft using a vacuum chamber at Site 254. The spacecraft later passed these tests without any issues.

The spacecraft was then loaded with its cargo destined for the crew aboard the ISS.

Progress MS-21 was then rotated horizontally and was encapsulated inside its fairing, which protects it from the atmosphere during launch. It was then moved to the Site 31 assembly building by rail on Oct. 20.

There, it was integrated with the third stage of the Soyuz-2.1a rocket. After this, the spacecraft was assembled with the rest of the launch vehicle inside the Site 31 assembly building.

The Soyuz-2.1a rocket was then rolled out from the Site 31 assembly building and was integrated with the launch pad at Site 31/6. Site 31/6 is the only active Soyuz launch pad at Baikonur following the last flight of the Soyuz-FG from Site 1/5 in 2019 for the Soyuz MS-15 mission.

Before launch, the Soyuz-2.1a rocket is loaded with RP-1 kerosene and the two large gantry towers are lowered to the launch position.

After engine ignition, the engines on the first and second stages spooled up to full thrust and the Soyuz-2.1a rocket lifted off from Site 31/6. The vehicle then rolled to the proper launch azimuth of 51.6 degrees and pitched downrange for a two-day trip to the ISS.

The third stage then separated and inserted the Progress MS-21 spacecraft into the desired orbit. From there, the spacecraft continued the journey to the ISS on its own.