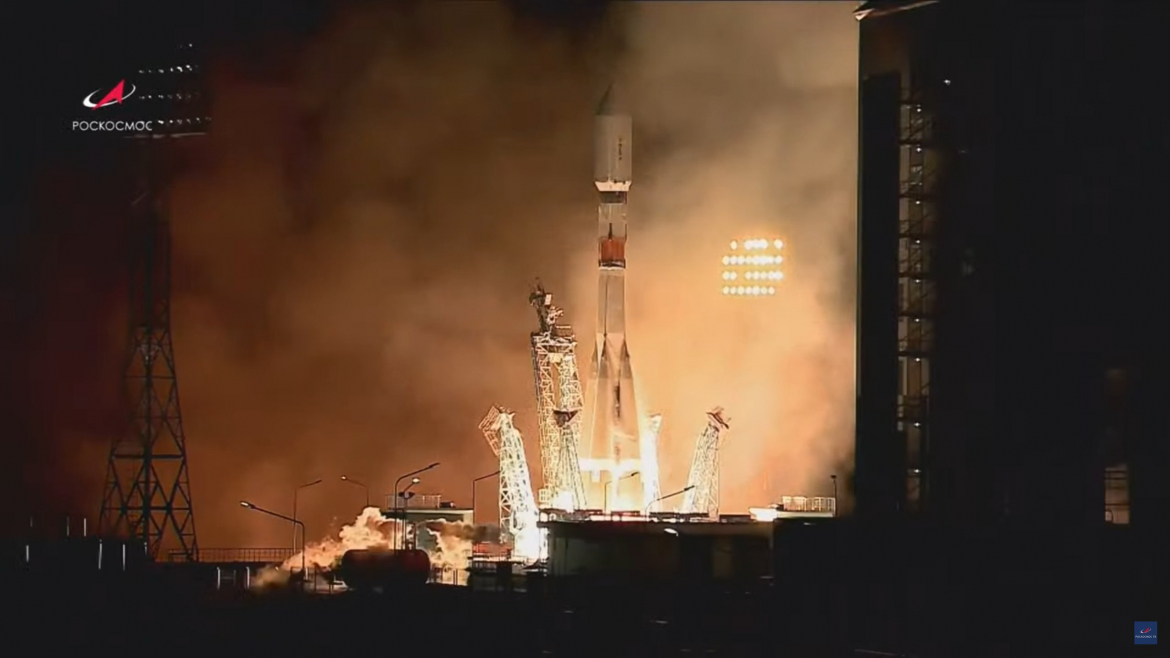 Four Russian satellites have made their way into orbit, including an experimental mission that could compete with SpaceX’s Starlink internet constellation.

The Soyuz-2.1b rocket lifted off from Site 1S at the Vostochny Cosmodrome in eastern Russia at 10:57 PM Moscow Time (19:57 UTC). Onboard were the Gonets-M No. 33, 34, and 35 satellites as well as an experimental satellite called Skif-D, the first vehicle in the new federal Sphere project.

Soyuz 2.1b launches from Vostochny with Gonets satellites.

The program is operated by JSC Satellite System GONETS, a company in which the Russian Federal Space Agency, Roscosmos, owns 51%. The current generation of satellites is called Gonets-M, an improvement over the original Gonets network. Gonets-M satellites share a common design with the military Rodnik communications satellites.

Unlike traditional communication satellites, the Gonets-M satellites use a system known as “store-and-dump.” This means the satellites will collect data as it flies over a transmitter site. It will then store that data until it is in range of a receiving station. This system is designed for use in more rural areas and includes civilian applications such as transmitting medical data.

The “M” series is an upgrade from the original Gonets satellites, which were derived from a military satellite known as Strela-3. Nine of the original production satellites were launched aboard Tsyklon-3 rockets from the Plesetsk Cosmodrome between 1996 and 2001. Each satellite had a lifespan of only one and a half years. The Gonets-M satellites launched on this mission are expected to stay operational for five to seven years. 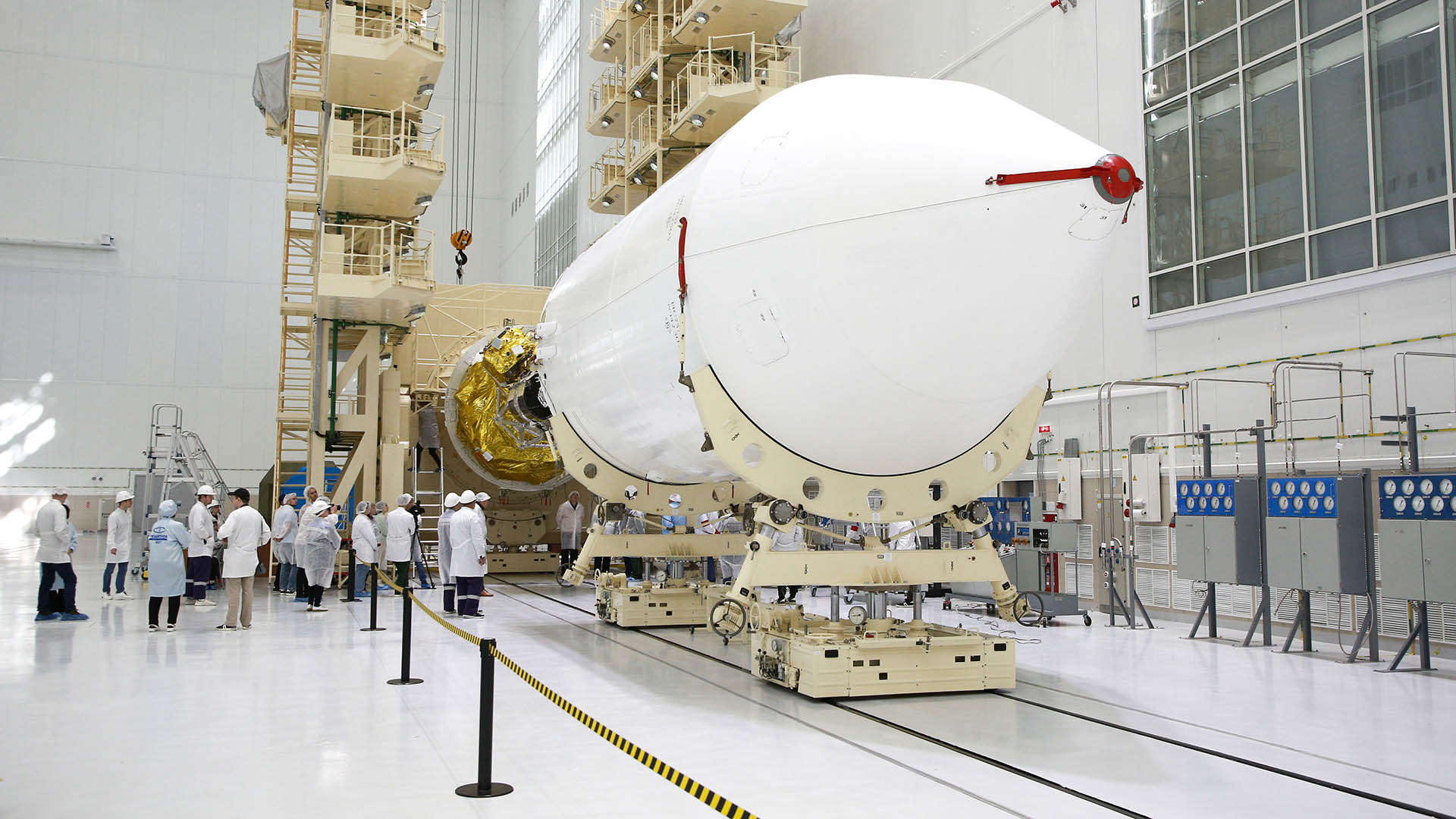 The Gonets-M and Skif-D payloads are encapsulated in the Soyuz-2.1b payload fairing. (Credit: Roscosmos)

The Sphere network will include groups of Yamal and Express communication satellites in geostationary orbit, Express-RV satellites in highly elliptical orbits, Marathon satellites in low Earth orbit, and Skif broadband internet access devices in medium orbits. The Skif network is planned to have 264 satellites in 12 different orbital planes at an altitude of 750 km.

However, Skif-D was placed in an orbit approximately 8,070 km above the Earth. In total, the Skif system should have 12 satellites deployed in two stages. That includes the first batch deployed by 2027 and the rest deployed by 2029.

In addition, this is the first launch of a Soyuz-2 carrier of any variant to entirely use a new and supposedly environmentally friendly fuel called Naphtyl. Previously this fuel was only used in the third stage of Soyuz-2.1b and 2.1v rockets, while the first and second stages used a refined form of kerosene.

This new propellant is a hydrocarbon fuel using polymeric additives. Its advantages, according to Roscosmos, are the reduction of harmful emissions and a noticeable increase in payloads that can be launched into orbit. One of the main reasons for switching from kerosene to naphthyl was the depletion of the Anastasievsko-Troitskoye field in the Krasnodar Territory.

The mission also includes a Fregat-M upper stage, which delivered the three Gonets satellites to LEO and Skif-D to MEO.

This marks the only launch so far this year from the Vostochny Cosmodrome with no other missions scheduled to take off from there until 2023. It marks the fifth launch of a Soyuz-2.1b this year and the 77th ever of this variant.

(Lead image: Soyuz-2.1b lifts off from Vostochny with Gonets-M and Skif-D. Credit: Roscosmos)