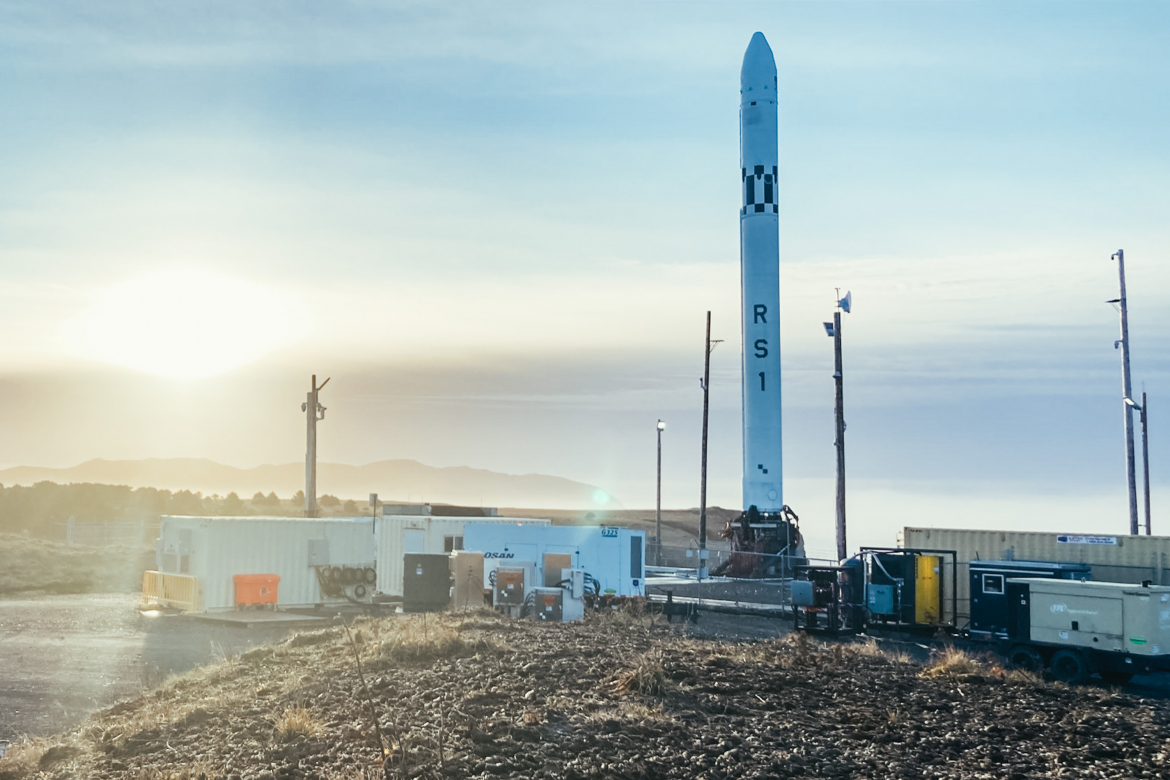 ABL Space Systems (ABL) is preparing to launch the debut flight of the RS1 launch vehicle, with the next attempt to be made on no earlier than Dec. 7, 2022. The daily three-hour launch window opens at 1:00 PM AKST (22:00 UTC). Onboard are two CubeSats built by OmniTeq, previously L2 Aerospace. RS1 will attempt to place its payload into low Earth orbit nearly nine minutes after lift-off from Launch Pad 3C at the Pacific Spaceport Complex in Kodiak, Alaska. 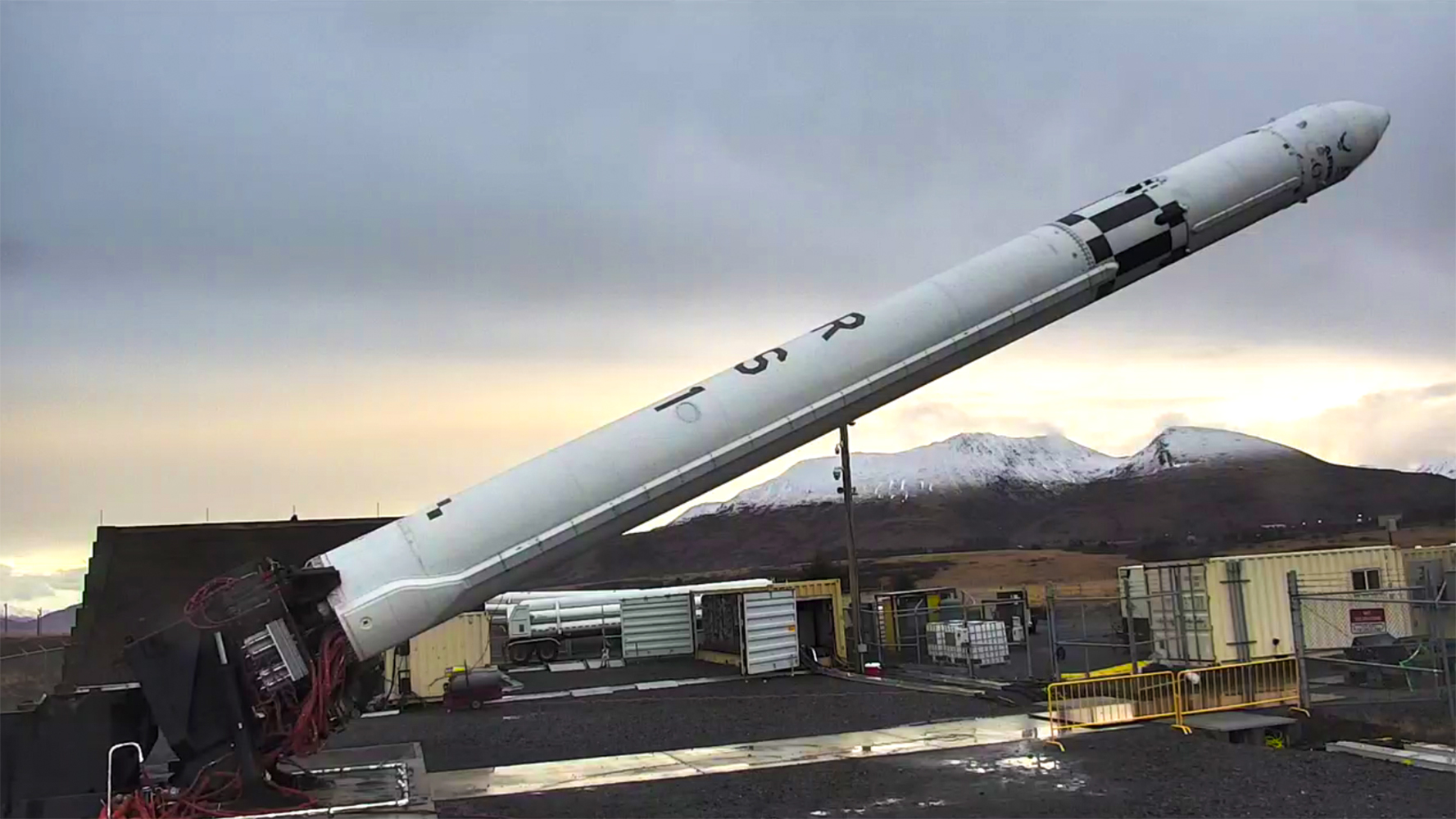 The launch auto sequence starts at T- 10 minutes following a go/no-go poll. The vehicle switches to internal power at T- 1 minute and 30 seconds.

Two seconds before launch, the nine E2 engines on the first stage ignite. At T0, the rocket lifts off, flying south from Kodiak toward an 87.3-degree inclination orbit at an altitude of 250 km by 360 km.

The two fairing halves, which protect the payload during launch, will then separate at T+ 3 minutes and 14 seconds, exposing the payload to the vacuum of space for the first time.

The second stage will burn for seven minutes until second engine cutoff (SECO), at T+ 9 minutes and 46 seconds. The first payload will nominally deploy into orbit at T+ 12 minutes and 31 seconds, followed by the second deployment at T= 14 minutes and 10 seconds.

The RS1 launch vehicle is a two-stage rocket, with the first stage powered by nine E2 sea-level engines, and the second stage powered by a vacuum-optimized E2 engine. With a core diameter of six feet (1.8 m) and 88 feet tall when fully integrated, it stands just seven feet (2.2 m) shorter than Firefly Aerospace’s Alpha launch vehicle. 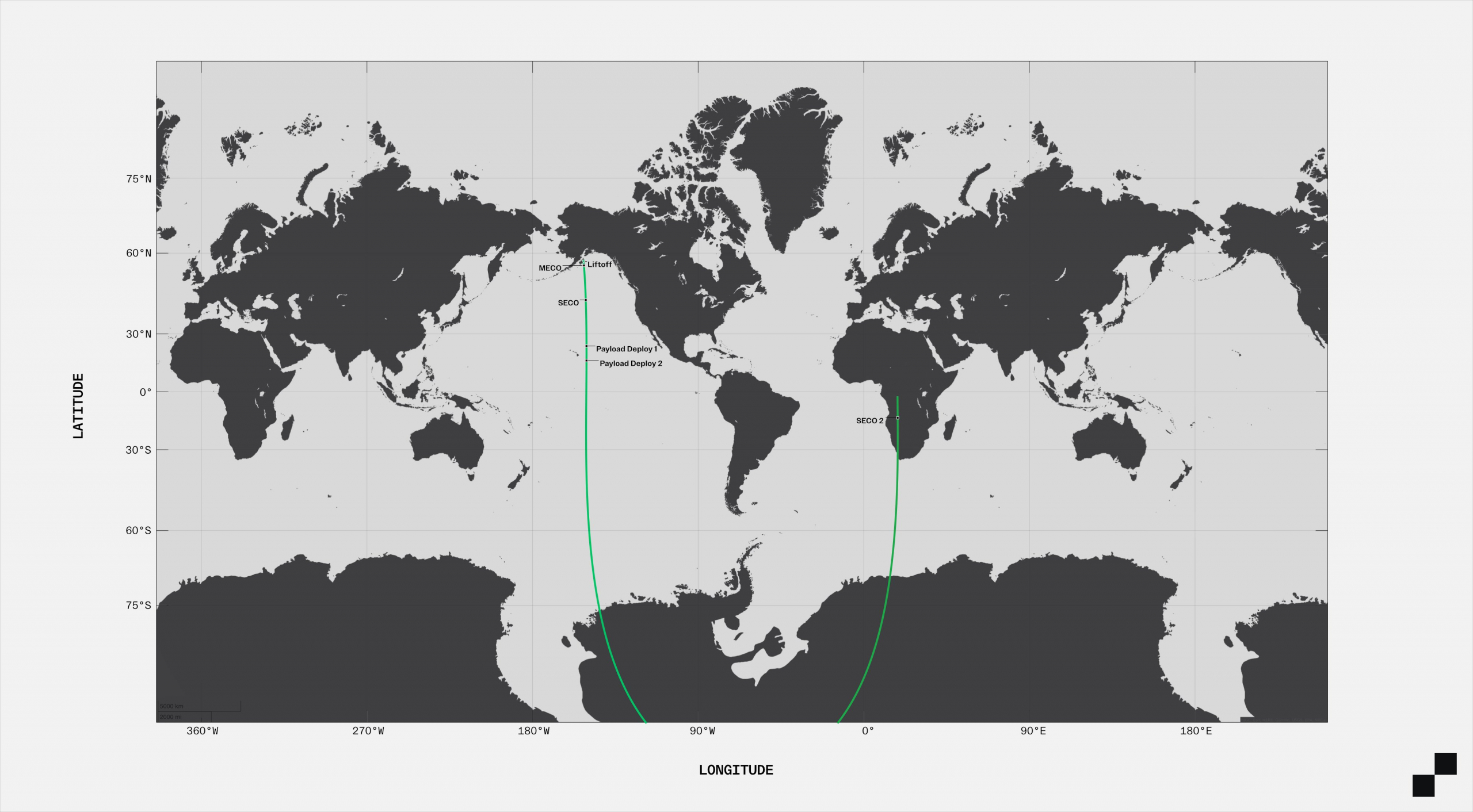 GS0, ABL’s ground system, was built to adapt to the flexibility that comes with being able to launch from anywhere in the world, just requiring a 150-foot by 50-foot pad. Also built into shipping containers, ABL could support a launch from LP-3C in Kodiak, Alaska, and then pack up the containers and ship them to Cape Canaveral to support another launch, removing the need for any fixed infrastructure at a launch pad.

RS1 can use multiple fuels for its E2 engine, namely both RP-1 and Jet-A Kerosene, of which the latter is widely available at airfields worldwide, and a single oxidizer, liquid oxygen (LOX).

ABL was founded in 2017 and is now based in El Segundo, California, with four major facilities spread along the West Coast.

The campus in El Segundo hosts design and manufacturing facilities, as well as assembly areas for both RS1 and GS0. The facilities are highly verticalized, with in-house fabrication of everything from panels to turbomachinery allowing for tight control over schedules and costs. 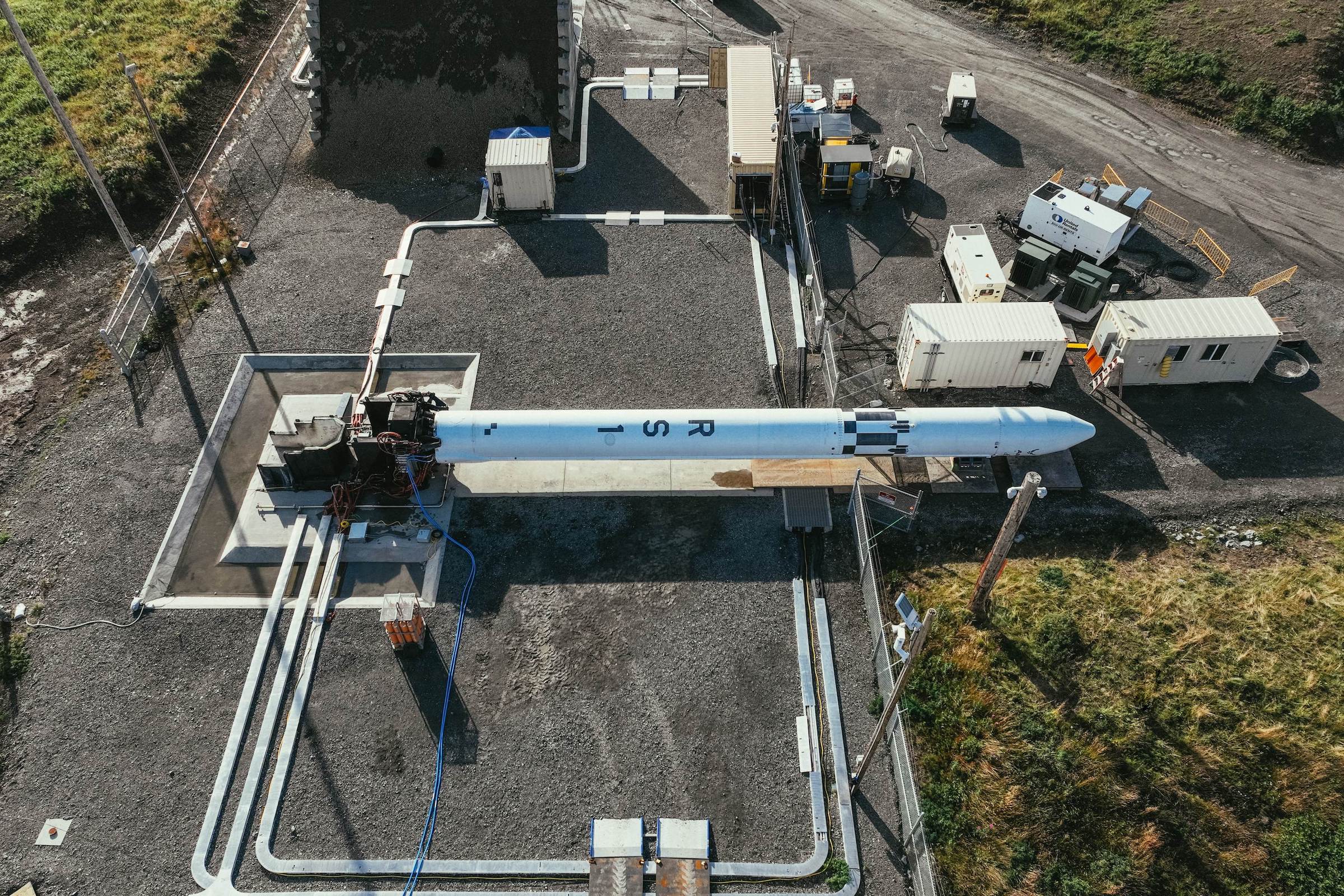 ABL’s largest facility is at the Port of Long Beach, covering eight acres of land and 1.31 acres of submerged land at the Navy Mole at Pier T. At the Port, ABL conducts a wide range of operations, namely vehicle processing, payload integration, and maritime operations to support the various global launch facilities that ABL can launch from.

The other major facilities that ABL operates are two test facilities in the Mojave Desert. Since 2019, the site at Edwards has focused on advanced R&D and operations that enable responsive launches. The test facilities can test E2 engines, launch equipment, and even integrated stages.

In April of 2021, Lockheed Martin and ABL announced that Lockheed purchased 26 launches on ABL’s RS1 through 2025, with the option for up to another 32 launches through 2029.

In a press release, Lockheed Martin Space executive vice president said “Having this assured access to space will accelerate our ability to demonstrate the spacecraft and associated payload technologies we are developing to meet future mission needs for our customers.”

While ABL didn’t comment on the financial terms of the contract, the $12 million price of an RS1 launch puts the deal at nearly $700 million over eight years, if Lockheed Martin decides to exercise the option for the 32 additional launches. 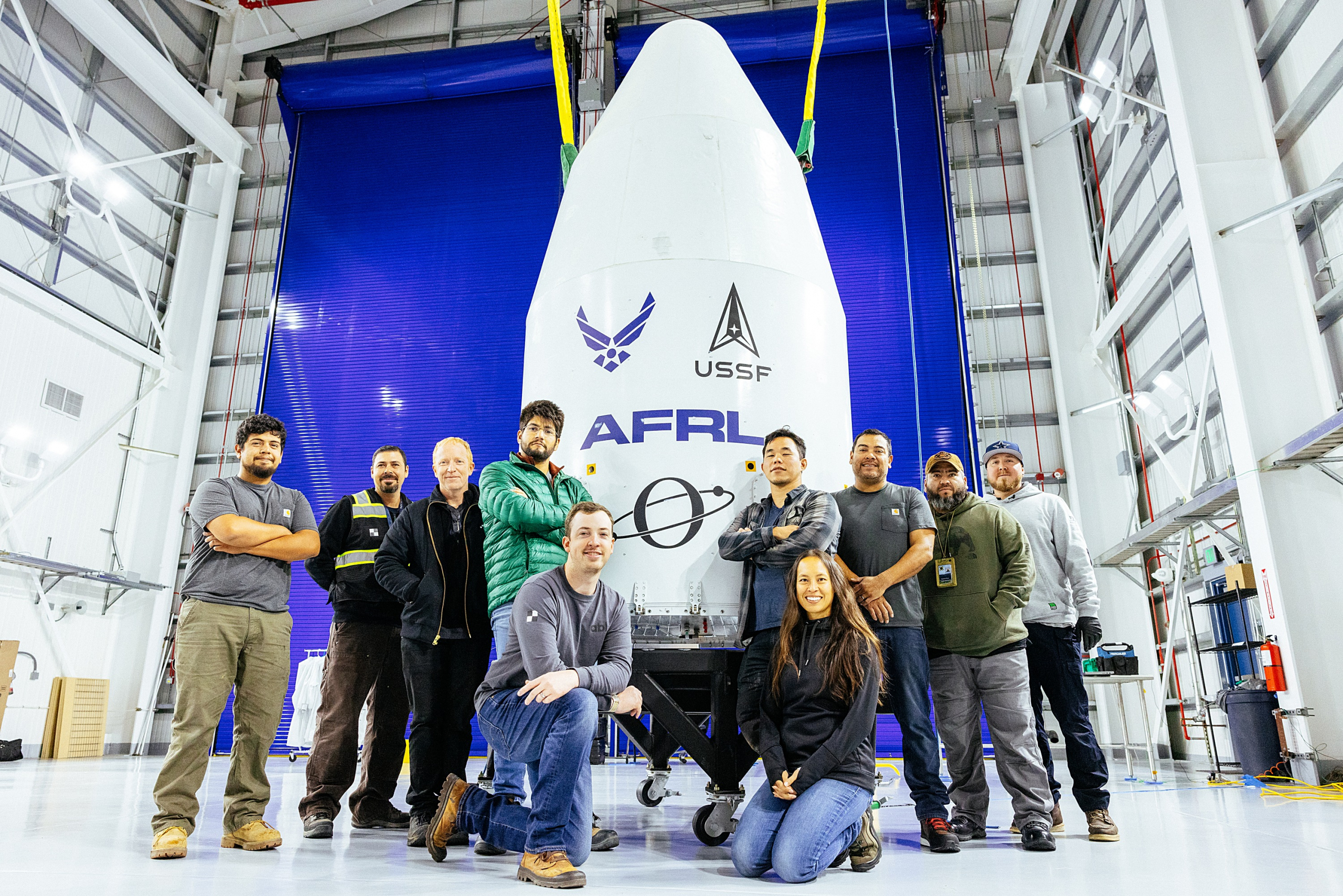 Another contract that ABL was awarded was a contract with the United States Space Force to demonstrate “responsive launching.” ABL’s CEO said the following about the contract, “We’ve got a contract with the Space Force to demonstrate some of these activities on the ground, where we’re working with them to bring a rocket vertical and see how quickly we can fill it and prepare for launch operations.”

“Short call time is a huge sublime business for what we’re doing, and we have a set of concepts for the Department of Defense where you can have RS1s stored on base ready to launch for this rapid call-up time.”

It appears to be a mission identical to DEMO-1, with the vehicle again going to a 200 km by 350 km orbit, before deploying two 6U CubeSats.

ABL also had a contract to launch two test satellites for Amazon’s Project Kuiper, but the test satellites have since been moved to the debut flight of United Launch Alliance’s Vulcan rocket. It’s unclear why the satellites were moved, but Amazon has said it still plans to retain two launches with ABL and RS1 for future missions.