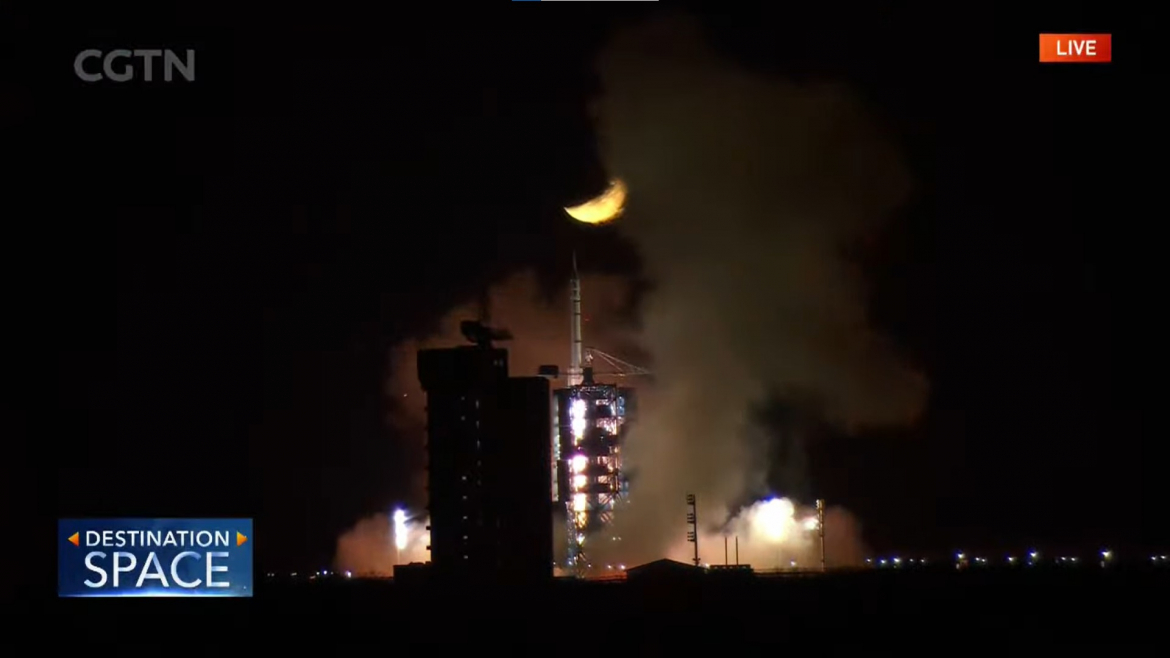 China has launched the Shenzhou-15 mission to the Tiangong space station on Tuesday, Nov. 29, during an instantaneous launch window at 15:08 UTC from the Jiuquan Satellite Launch Center (JSLC). It launched three taikonauts to the station to replace the current crew of the Shenzhou-14 mission, using a Chang Zheng 2F (CZ-2F) rocket and launching from Space Launch Site 1 (SLS-1), which is also known as Site 901.

The spacecraft successfully docked to Tiangong at 21:42 UTC.

The crew of the mission was announced at a press conference on Nov. 28, 2022. 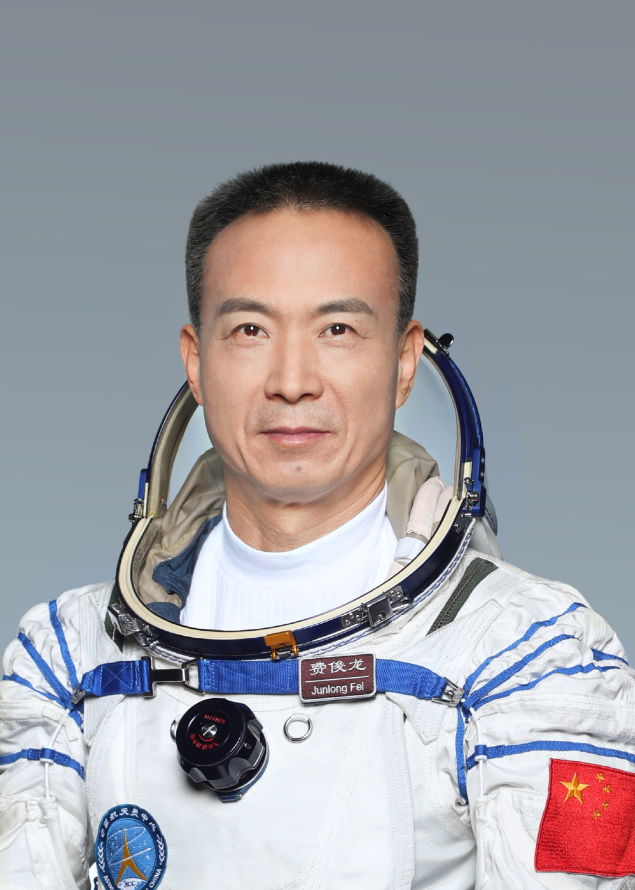 The commander of the mission is Fei Junlong, who was born in 1965 in Kunshan. At the age of 17, he joined the People’s Liberation Army Air Force (PLAAF), where he became a pilot and flight technology inspector. In 1998, Fei joined the CNSA astronaut program.

He previously flew on the Shenzhou-6 free-flight mission–the second crewed mission of the Chinese space program–in October 2005, which makes this his second spaceflight. He is the only taikonaut with flight experience on this mission.

He is married and has a son. 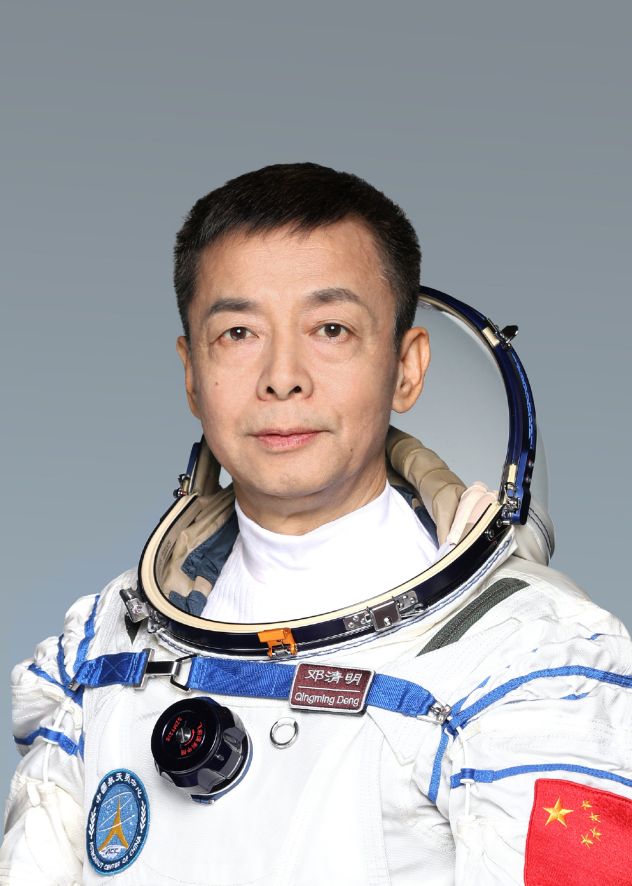 As the operator, Deng Qingming is flying on this mission. He was born in 1966 in Yuhuan County and was a fighter pilot for the PLAAF. He also joined the CNSA astronaut program in 1998, just like Fei Junlong. After being a backup crew member on three different Shenzhou missions, he is now flying for the first time. In fact, Deng is the only one of the original 14 taikonauts who has not flown on a mission so far.

The system operator for this mission is Zhang Lu, who was born in Hanshou County in 1976 and graduated from the PLA Air Force Aviation University in 2000. After that, he became a fighter pilot for the PLAAF, before being selected as an astronaut in May 2010, as part of the Group-02 astronauts. 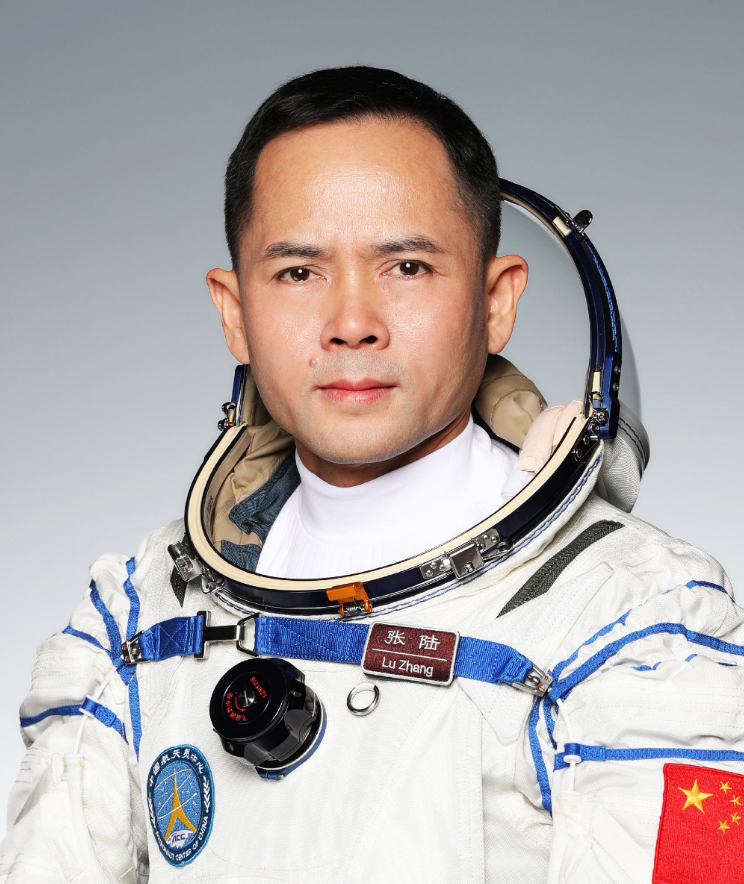 During this mission, it is expected that the Shenzhou-15 crew will conduct four spacewalks outside of the station. The assignment of these walks has not been announced yet.

After the handover to the Shenzhou-15 crew, the Shenzhou-14 team of Chen Dong, Liu Yang, and Cai Xuzhe will return to earth in early December.

With the Shenzhou-14 mission, permanent habitation on the Tiangong space station started. The plan is now to always perform direct hand-overs between crews, in contrast to leaving the station abandoned during crew rotations.

As a capsule for this mission, the Shenzhou spacecraft (also known as Divine Boat) is being used. This Soyuz-inspired capsule has been the crew launching asset for the Chinese crewed space program for many years, first flying in 1999.

The mass of Shenzhou is about 7,840 kg, depending on the mission profile and crew. It is 9.25 meters long and 2.8 meters wide, having an internal volume of 14 cubic meters. It can host up to three taikonauts and can stay in space for up to 183 days, docked at the Tiangong space station. 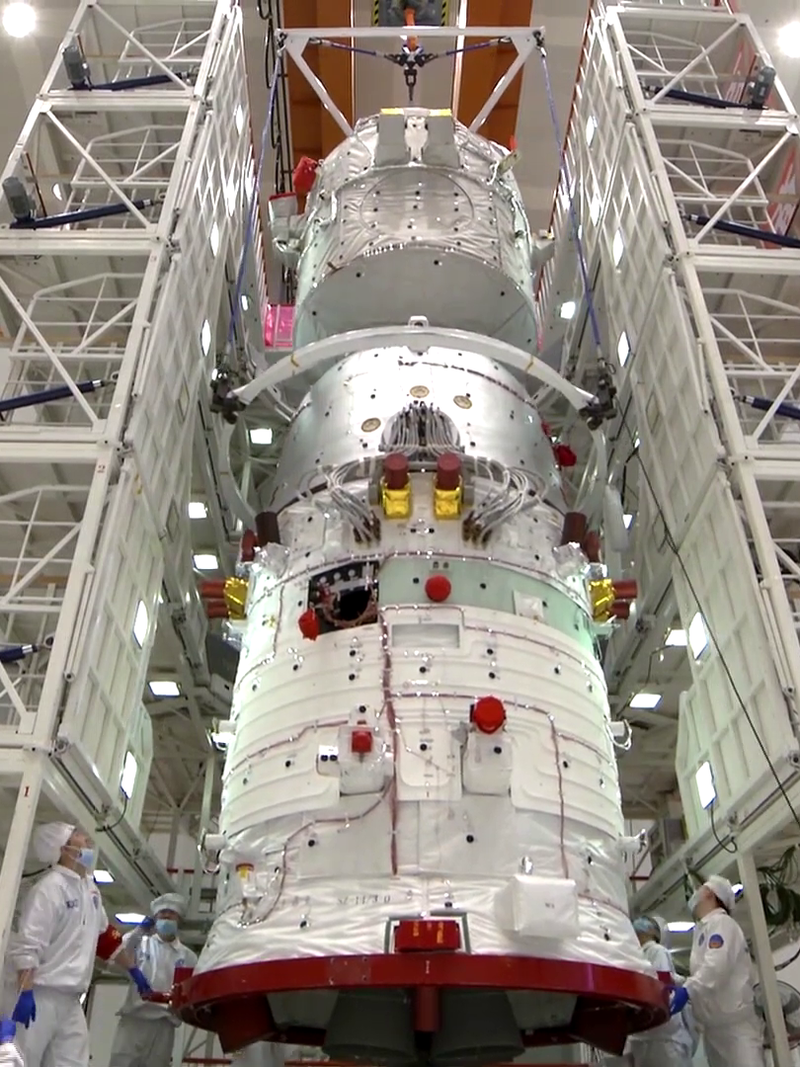 This is, as the number of the mission is indicating, the 15th flight of a Shenzhou spacecraft. Of these, five did not host crew. The first crewed launch was during the Shenzhou-5 mission in October 2003.

The spacecraft itself is composed of three modules. The first module is the orbital module, which is mainly used as a habitation space during free flight. It can also host scientific instruments, payloads, and other commodities needed for the life at the station.

The second module is the reentry module. It is in the middle of the complete spacecraft and hosts the heat shield for reentry. This part is the only thing that will return to earth at the end of the mission. The Shenzhou-15 mission is planned to stay in space until May 2023.

At the end of the spacecraft is the service module. It hosts necessary service parts such as solar panels, life support, propulsion, and more. It is mainly used during the free flight of the capsule to the station.

The Tiangong space station–known as Palace in the sky in English–is a space station built by China. Since the start of the Shenzhou-14 mission, two more modules joined the Tianhe core module, also known as the Harmony of the Heavens. 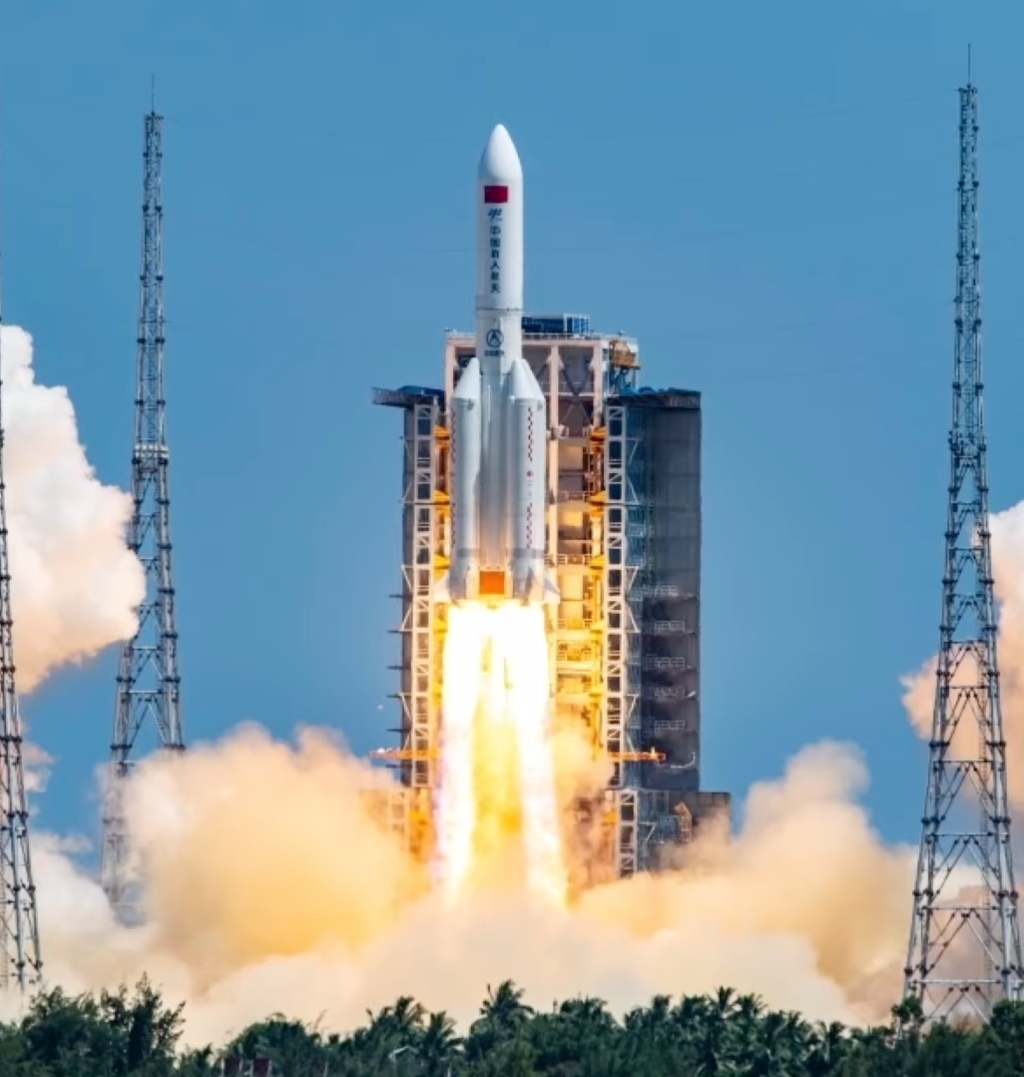 Launch of Wentian to the TSS. (Credit: CNS)

Down the line, the Xuntian space telescope will join the space station in orbit and occasionally dock at the station for maintenance work. The launch of Xuntian is currently planned for December 2023.

Fully built, Tiangong is now roughly one-fifth of the mass of the International Space Station. It has a mass of approximately 100 tons and is about the same size as the former Soviet space station, Mir. It is planned to be in operation for 10 to 15 years. It orbits the earth at around 389 km in altitude with an inclination of 41.58 degrees.

The rocket for this mission was the Chang Zheng 2F (also known as the Long March 2F). It is a two-stage launch vehicle that is used for China’s human space program and is part of the older Chang Zheng vehicles. 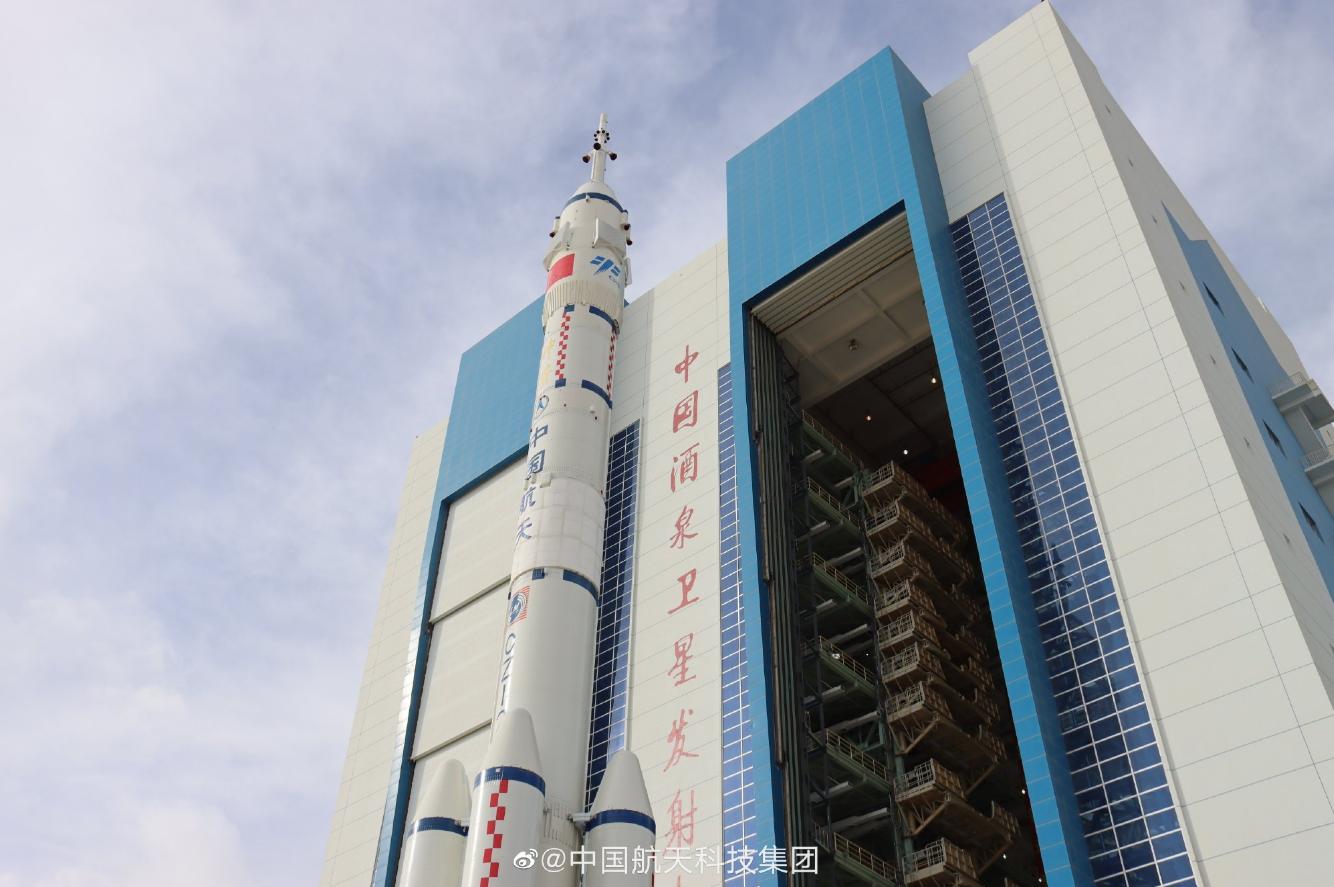 Its main core is powered by four YF-20B engines that can provide up to 3,256 kN of thrust at liftoff, with an efficiency of 259 seconds of specific impulse at sea level. The four liquid side boosters combined are contributing the same thrust as the core stage, bringing the total liftoff thrust to 6,512 kN.

The boosters are each 15.3 meters in length with a diameter of 2.3 meters. The core stage is 23.7 meters long and separate from the second stage after the boosters.

The second stage performs the final orbital insertion of the crewed vehicle which is 13.5 meters in length with a diameter of 3.4 meters. It can produce up to 831 kN of thrust with its single YF-24B engine and has a specific impulse of 289 seconds.

The spacecraft docked at the station using the Tianhe forward port. 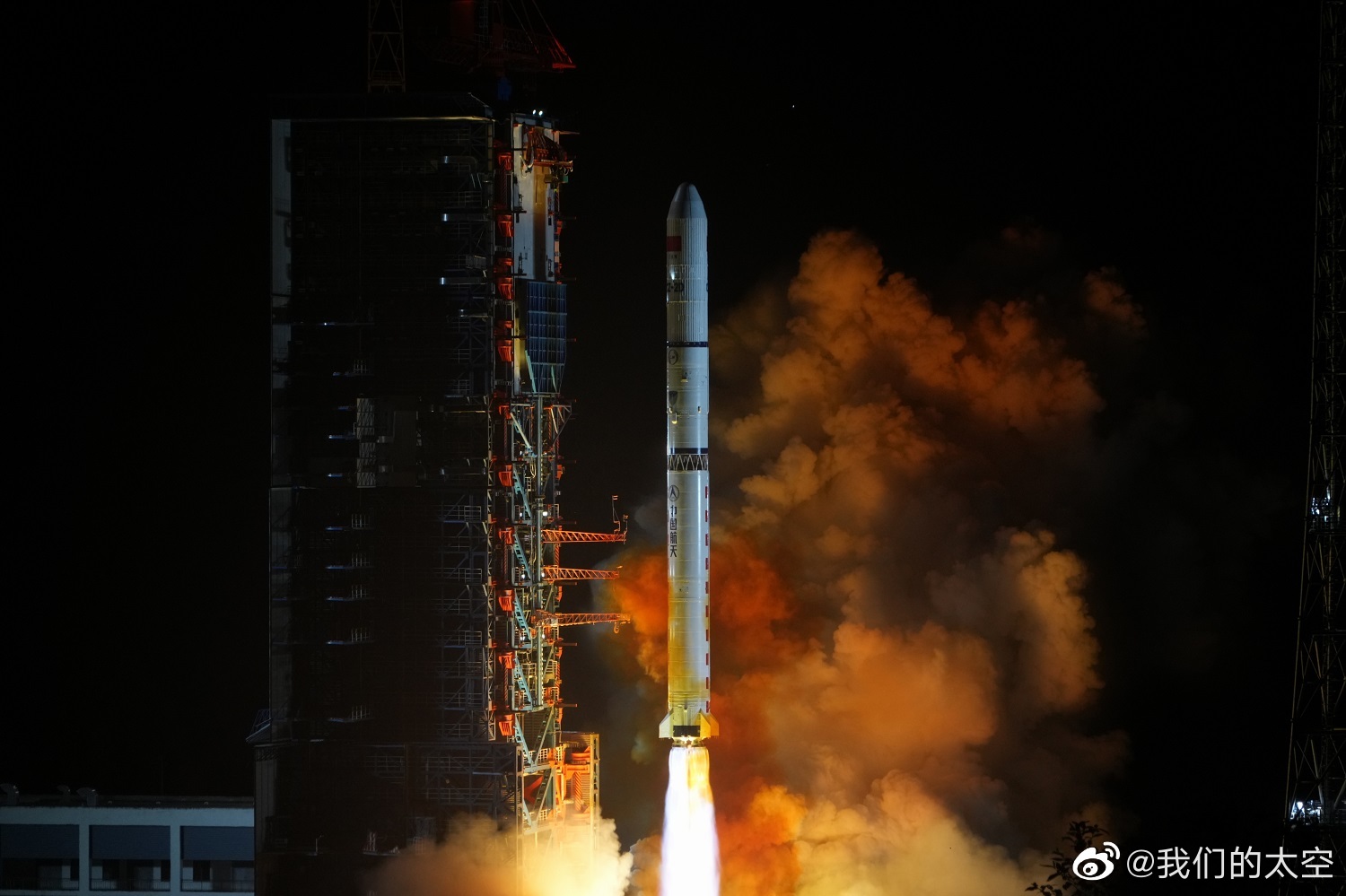 Yaogan Weixing are remote sensing satellites that are comparable to classified military satellites of the US’ USA program or the Russian’s Kosmos missions. They serve surveillance, spy, and national security purposes. No official usage of these payloads is given.

The launch vehicle for this mission was the Chang Zheng 2D which is further increasing its lead as the most-flown Chinese rocket of 2022.