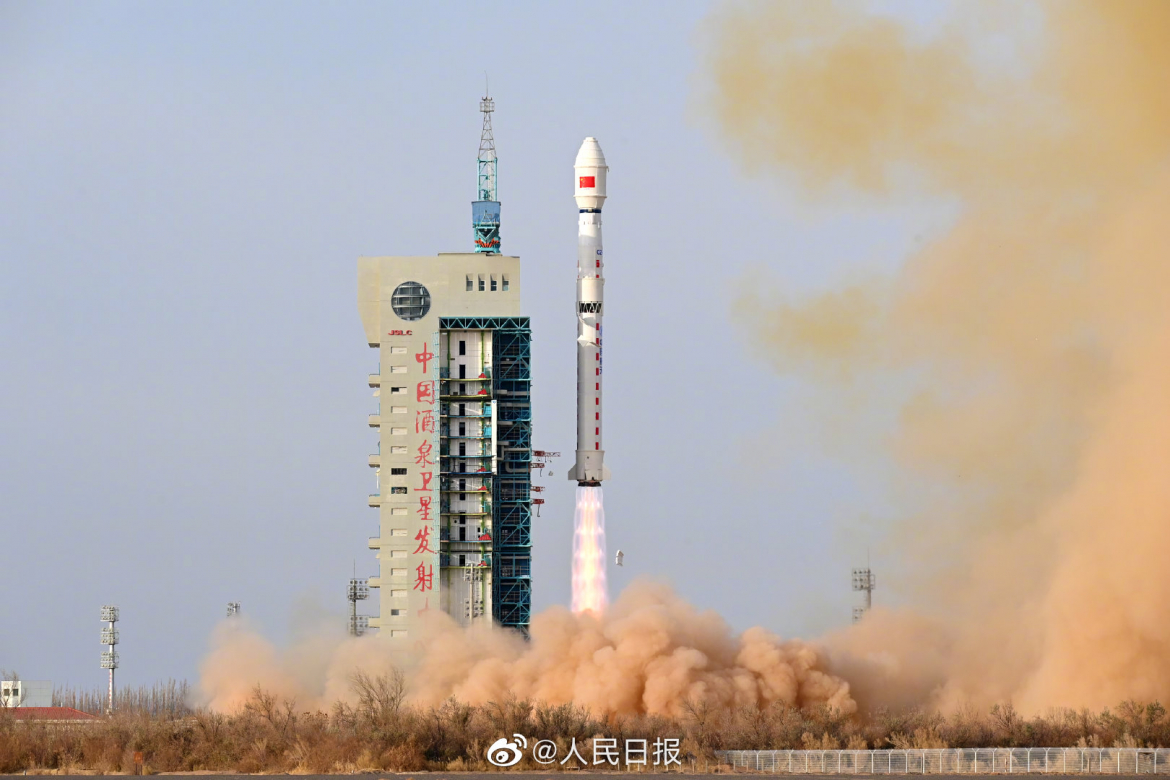 In just under 30 hours, China launched two rockets with six satellites to their respective orbits. The first launch was a Chang Zheng 4C (CZ-4C) with the Yaogan 34-03 (Yaogan-34C) government remote sensing satellite on Nov. 15 at 01:38 UTC from Jiuquan Satellite Launch Center (JSLC) at Site 43/94.

It was followed by the Ceres-1 with five Jilin-1 Gaefen-03D remote sensing satellites from JSLC at Site 95 on Nov. 16 at 06:20 UTC, dubbed the “Young For You” mission. These two launches by CZ-4C and Ceres-1 mark the 46th and fourth launches by each respective launch vehicle since their introductions.

CZ-4C is a three-stage liquid-fueled launch vehicle owned and operated by China Aerospace Science and Technology Corporation (CASC). The rocket is a part of the older generation of CZ rockets using N2O2 and UDMH hypergolic propellants. As the rocket has no side boosters, CZ-4C is a smaller rocket capable of lifting 4,200 kg to low Earth orbit (LEO) or 2,800 kg to Sun-synchronous orbit (SSO). 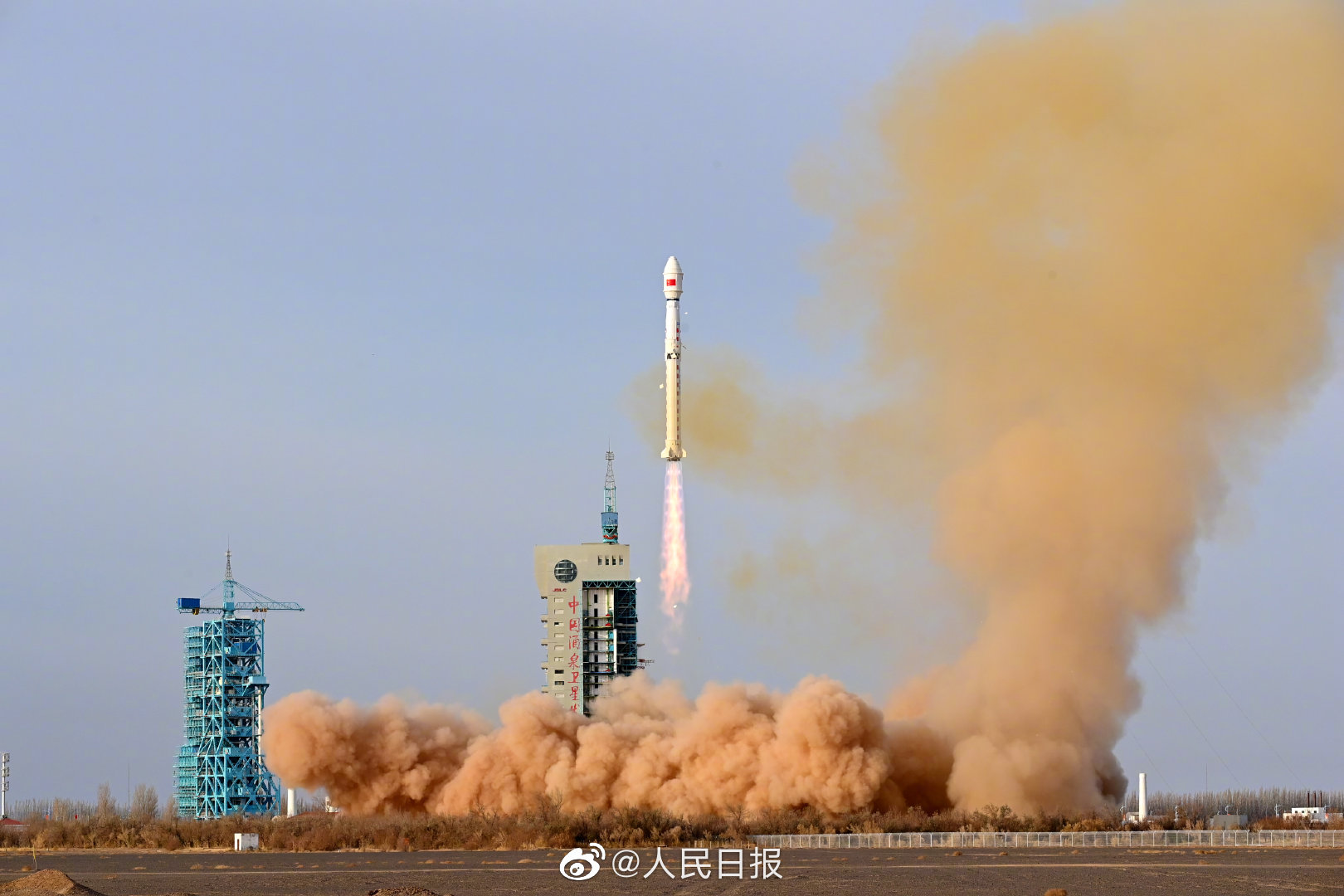 CZ-4C was introduced in 2006 on the Yaogan 1 mission. Since then, CZ-4C has flown 46 times with two failures. With the recent introductions of the CZ-6 and CZ-8, the CZ-4 rockets are beginning to be phased out by the new rockets.

The first stage is the most significant part of the rocket, with a length of 27.91 meters with a diameter of 3.35 meters. Like many earlier generation CZ-rockets, it is powered by a single YF-21C engine, using N202 and UDMH propellants. The YF-21C engine is comprised of four YF-20C engines. At liftoff, the YF-21C engine cluster generates ~2,950 kN of thrust with a specific impulse of ~260 seconds. YF-21’s roots date back to the 1970s, with the YF-20 engine used on China’s first orbital class rocket and ICBMs. Many of its variants are still operational on China’s older vehicles.

CZ-4C’s second stage is powered by a single YF-22C, a variant of the YF-20, along with four vernier engines. Its four vernier engines steer the vehicle, while the main YF-22C engine generates ~740 kN of thrust to place itself into its initial orbit. The stage keeps the same 3.35-meter diameter but is shorter at 10.9 meters.

On top of the second stage is the third and final stage for CZ-4C. The third stage is the smallest of the three, with a smaller diameter of 2.9 meters with a length of 14.79 meters. A single YF-40 engine with a thrust of 100 kN and a specific impulse of 412 seconds places the rocket and payload into its desired orbit. 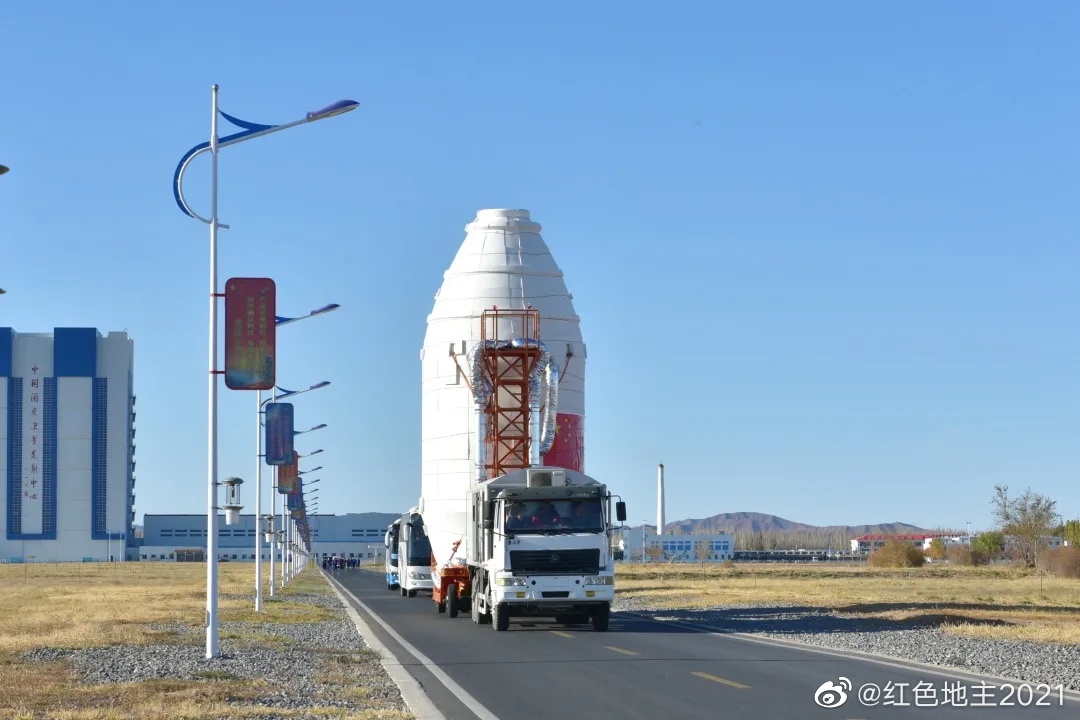 The payload fairing for CZ-4C is transported for launch.

For this mission, inside the payload fairing was the Yaogan-34C remote sensing satellite. Yaogan-34C is a part of the Yaogan family, a series of Chinese government Earth-observation satellites used for surveillance. The satellite family allows China to survey land and crops, disasters, and environmental monitoring. As a government satellite, Yaogan-34C has no details about itself released to the public, likely to be used to fulfill military services.

Ceres-1 is a four-stage launch vehicle owned and operated by Galactic Energy. The rocket’s first three stages use solid fuel, with the fourth using hydrazine. All four stages can lift 700 kg to LEO or ~270 kg to SSO, making the vehicle a small-satellite launcher. Since its introduction in November 2020, Ceres-1 has completed four missions with a 100% success record. The rocket gets its name from the dwarf planet Ceres, located in the Asteroid belt. 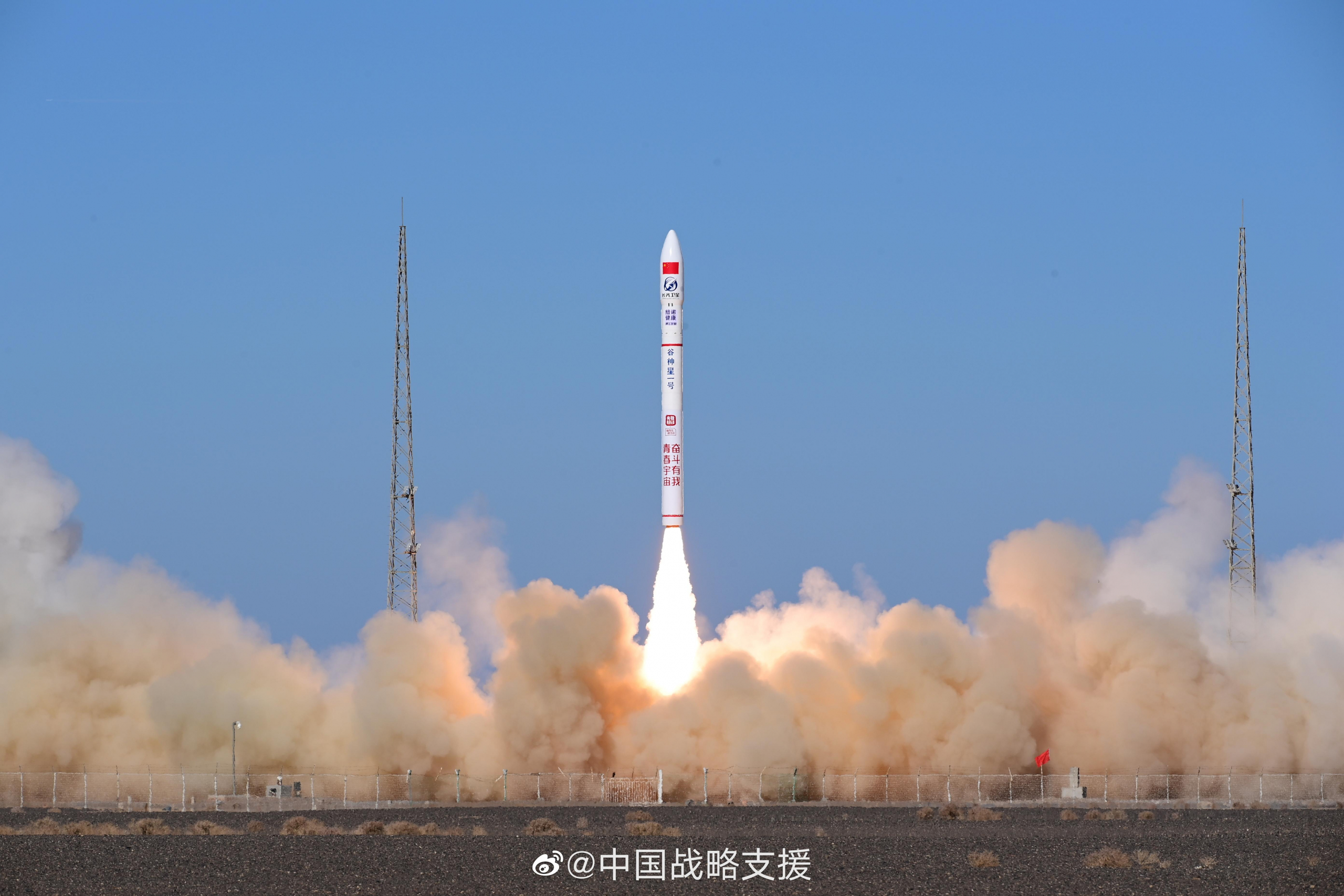 Ceres-1’s first stage is the largest and the first solid-propellant stage. Named Lightyear GS-1, the stage generates 534 kN of thrust with a burn time of 74 seconds. Galactic Energy manufactures GS-1 for Ceres-1. The second stage is GS-2 and generates 249 kN with a burn time of 70 seconds. On top of the second stage is the final solid motor, GS-3, which fires for 69 seconds with a thrust of 133 seconds.

The fourth and final stage for the Ceres-1 rocket is the liquid-fuel hydrazine upper stage. This stage allows the payload(s) to be placed into its intended orbit. A composite payload fairing 1.28 meters in diameter and 2.6 meters in height sits on top of the rocket. With the whole stack, the rocket stands 19 meters tall with a diameter of 1.4 meters.

This mission was the first time Ceres-1 launched using a Transporter Erector Launcher (TEL). A TEL allows a launcher to be raised vertically and launch right on the TEL.

Jilin-1 is a series of Earth observation satellites operated by Chang Guang Satellites Technologies Corporation. Since its first launch in 2015, Jilin has launched on multiple rockets, including CZ-6, Hyperbola-1, CZ-2D, CZ-11, CZ-8, Kuaizhou 1A, and more. 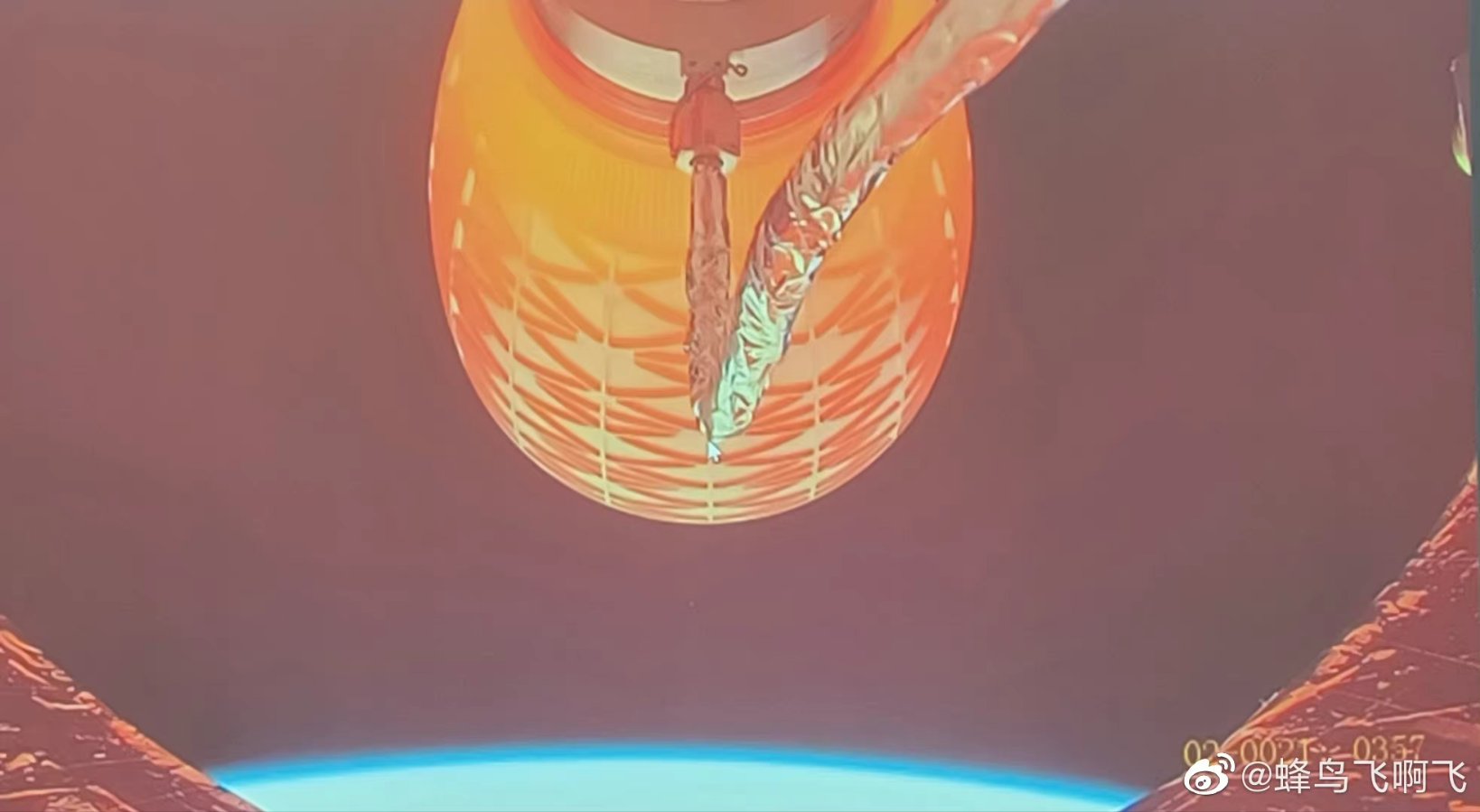 Onboard view from the fourth stage nozzle of Ceres-1.

Ceres-1 is just the first rocket for Galactic Energy. As early as next year, Galactic Energy will launch the liquid-fueled, partly reusable Pallas-1 rocket. Palla-1 will have a recoverable first stage to lift 5,000 kg to LEO or 3,000 kg to SSO.