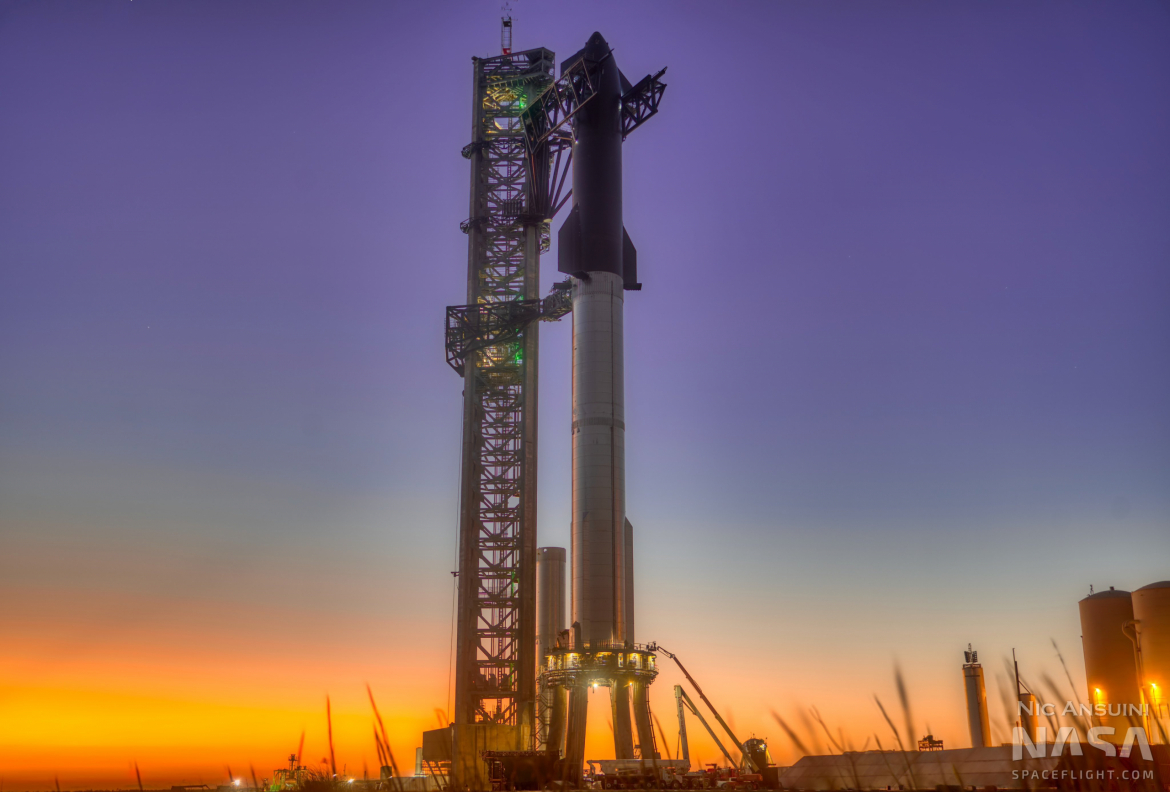 SpaceX has shattered the record for launches in a calendar year by a single rocket type while making large strides toward getting the successor vehicle off the ground, despite a few struggles with Falcon 9 launch delays and Starship testing mishaps.

The record launch cadence is planned to be broken again in 2023, with as many as 100 launches planned according to Elon Musk. Starship, the eventual successor to the Falcon 9, did not fly this year as had been planned but is currently on track for its first orbital test flight as early as the first quarter of 2023.

The Falcon 9 Block 5, the current operational workhorse of the SpaceX rocket fleet, launched 60 times in 2022, with all flights successfully completing their missions. This cadence has set an all-time US and worldwide record for flights by a single type in one calendar year. The previous record was set by the Soviet Soyuz-U launcher in 1979, with 45 successful launches out of 47 overall that year.

In addition, the Falcon Heavy launched for the first time since June 2019 on Nov. 1. The fourth flight of the Falcon Heavy flew the classified USSF-44 mission for the US Space Force, and successfully sent the payload directly to geostationary orbit six hours after launch. Payload delays had impacted the schedule for this flight and other Falcon Heavy missions.

This year’s record launch cadence for Falcon 9 was made possible by the availability of a number of used boosters and payload fairings. Other factors included the need to continue to fly out the Starlink broadband constellation and some new geostationary satellites replacing older ones due to a requirement to clear some parts of the C-band.

In addition, a number of customer payloads finally became ready after delays caused by factors like COVID-related supply chain disruptions and an industry-wide issue with Honeywell reaction wheels.

Satellites use reaction wheels – typically three or four – to point the spacecraft in any given direction without the use of propellant. Honeywell supplies roughly 90 percent of the satellite industry’s reaction wheels, and an issue was found with these that required many builders to send wheels back to the factory for rework.

The reworked reaction wheels have only recently become available. During an interview with NSF’s Chris Gebhardt, Intelsat revealed that the reaction wheels for their Galaxy 35 and 36 satellites (flown aboard an Ariane 5) became available just one month before their scheduled launch. Many providers were jostling for position to get their wheels delivered.

Intelsat’s Galaxy 31 and 32 satellites, as well as other geostationary communication satellites that SpaceX flew this year, were ordered by the US Federal Communications Commission (FCC) to clear the lower 280 megahertz range on the C-band by Dec. 5, 2023, for use by mobile networks.

Besides the Galaxy 31 and 32 satellites, SpaceX launched Nilesat-301, SES-22, Galaxy 33 and 34, Hotbird-13F and 13G, and Eutelsat-10B to geostationary orbit in 2022. The C-band clearance campaign by satellite operators will continue in 2023 with satellites like Galaxy 37, SES-18, and SES-19 on next year’s launch docket. Other geostationary launches will fly satellites serving Europe, the Middle East, Latin America, and the Asia-Pacific region.

The Starlink broadband constellation was further built out this year, with shell 4 being the focus of most launches. The first launches for Starlink shell 3 started in mid-year, and the first mission to the Gen 2 constellation took place on the early morning of Dec. 28. Starlink shells 1 and 4 have the lion’s share of Starlinks in orbit.

One notable incident affected this year’s Starlink build-out. Starlink 4-7 launched from Pad 39A at KSC in February, and the launch was a success as all 49 satellites were deployed. However, 38 of these satellites reentered the atmosphere and were lost before they could raise their orbits due to a geomagnetic storm from the Sun that happened around the same time as the launch.

This loss led to higher initial orbits being targeted for subsequent Starlink launches, which also reduced the number of satellites that could be carried on a given flight going forward. 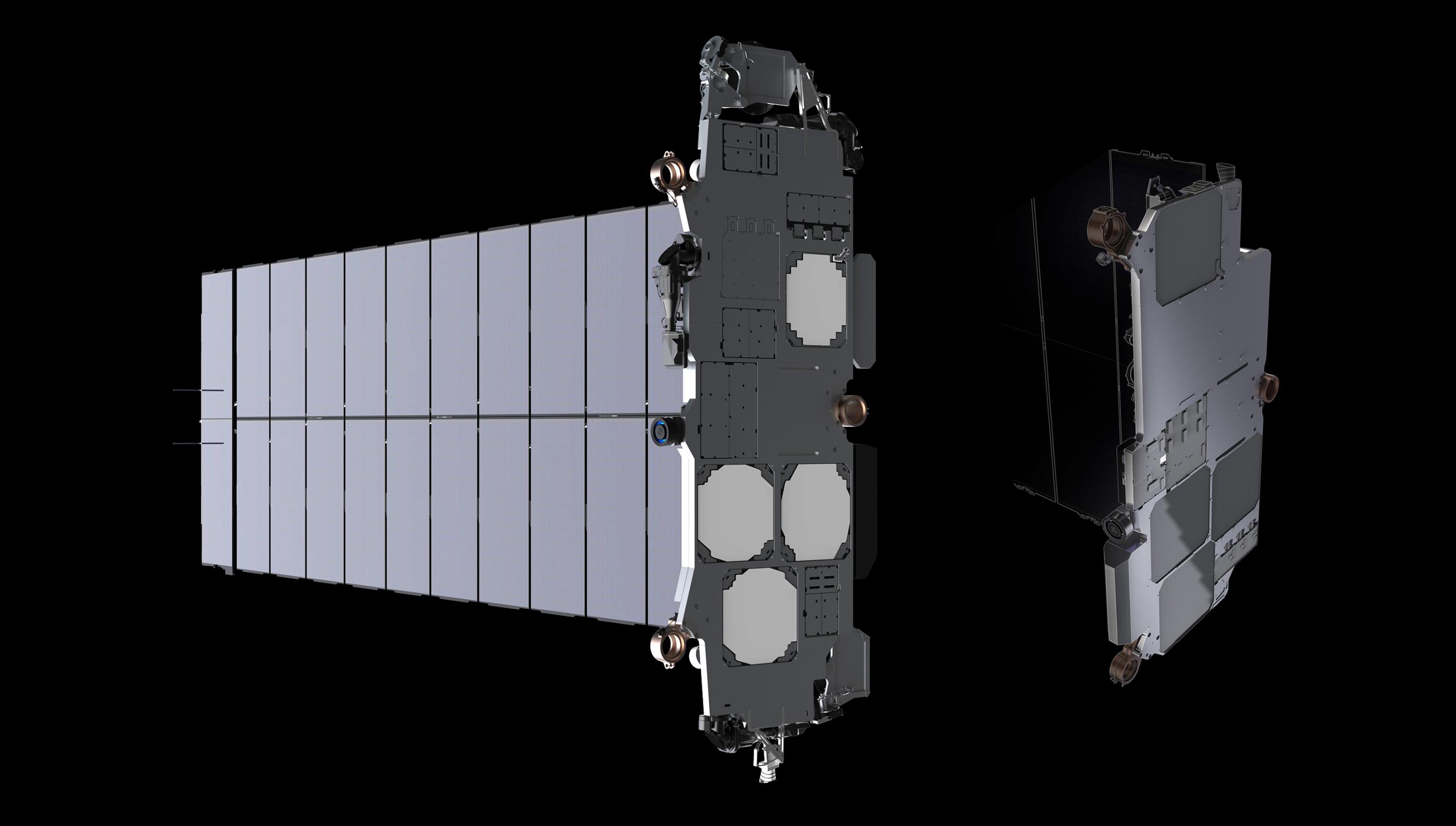 Second-generation Starlink satellites will soon be flying in large numbers in 2023 and beyond. According to the latest available information, there are three variants of the Starlink v2 satellites. One configuration is similar in size to the version 1.5 spacecraft that have been flown in the past year and is suspected to be the satellites launched on the Group 5-1 mission on Dec. 28.

Other Starlink v2 configurations include a larger one that can still fly on the Falcon 9 but with fewer satellites being flown on a given mission. A third configuration is meant exclusively for Starship flights, and these satellites are expected to start flying once a successful orbital test flight is achieved.

Starlink services have been expanded to the polar regions, including scientific bases in Antarctica, while cruise ships and airliners have also begun receiving this service. After the Russian invasion of Ukraine on Feb. 24, 2022, Starlink has been used by the Armed Forces of Ukraine, as well as civilians in occupied areas, to maintain key communications links. This service has continued despite controversy about the continued funding of the service.

The war in Ukraine has also negatively affected a key commercial launch competitor of SpaceX, namely the Russian Soyuz. OneWeb was forced to cancel planned launches of its satellite constellation aboard the Soyuz and booked flights aboard the Falcon 9. The first OneWeb flight took place in December, with more planned for 2023. 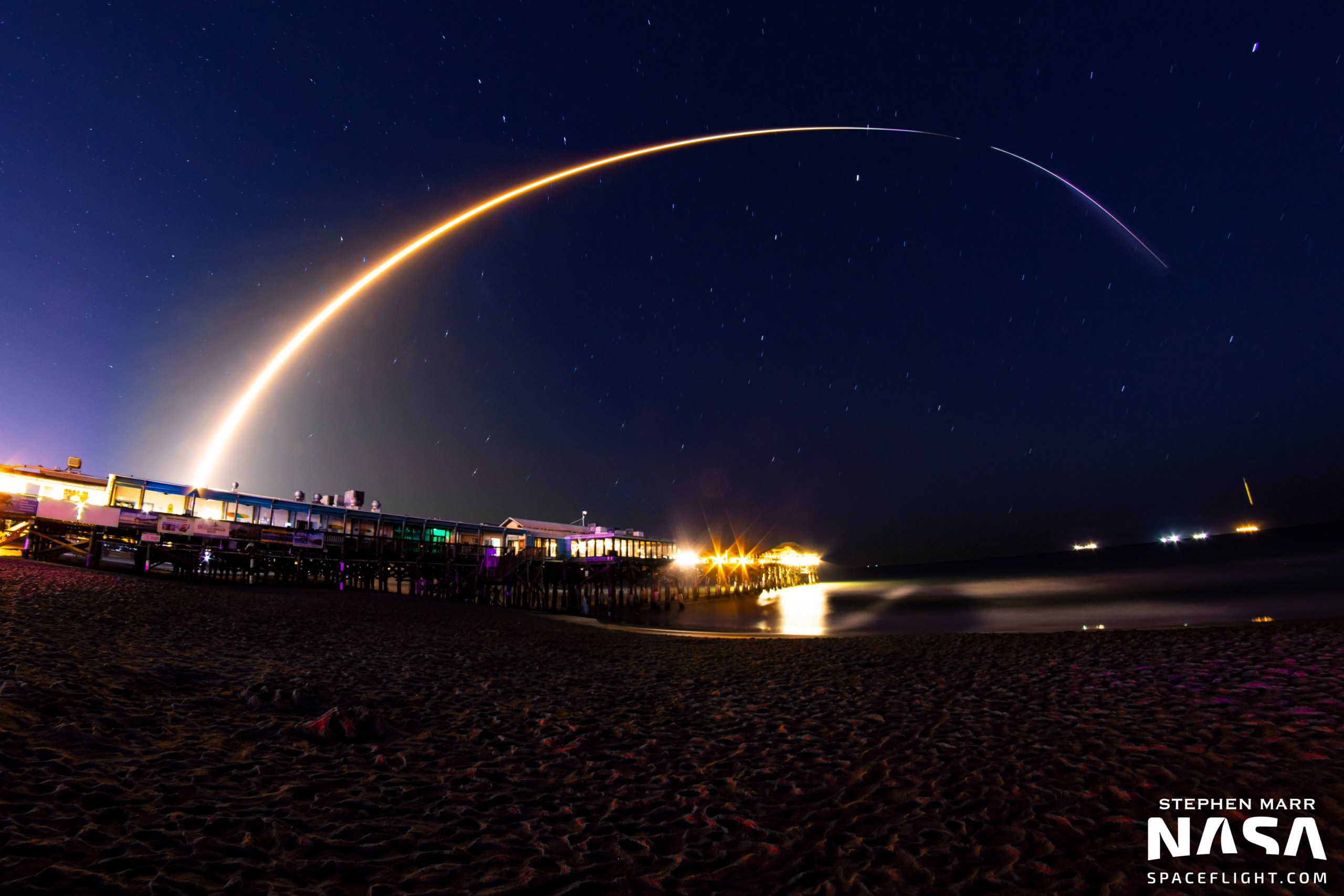 The O3b MPOWER and Globalstar communication satellite constellations are also flying on Falcon 9, as well as a number of Earth observation satellites. The US Space Force flew some payloads on Falcon 9 and Falcon Heavy this year and will be doing so again in 2023 as one of two contracted National Security Space Launch (NSSL) providers.

The Psyche mission to the metal asteroid of the same name was scheduled to fly in 2022 but had to be delayed to 2023 due to spacecraft readiness issues. Besides the Psyche mission, the ESA Euclid mission to measure the acceleration of the universe, which had originally been scheduled on a Soyuz flight, is set to be flown by SpaceX in 2023. 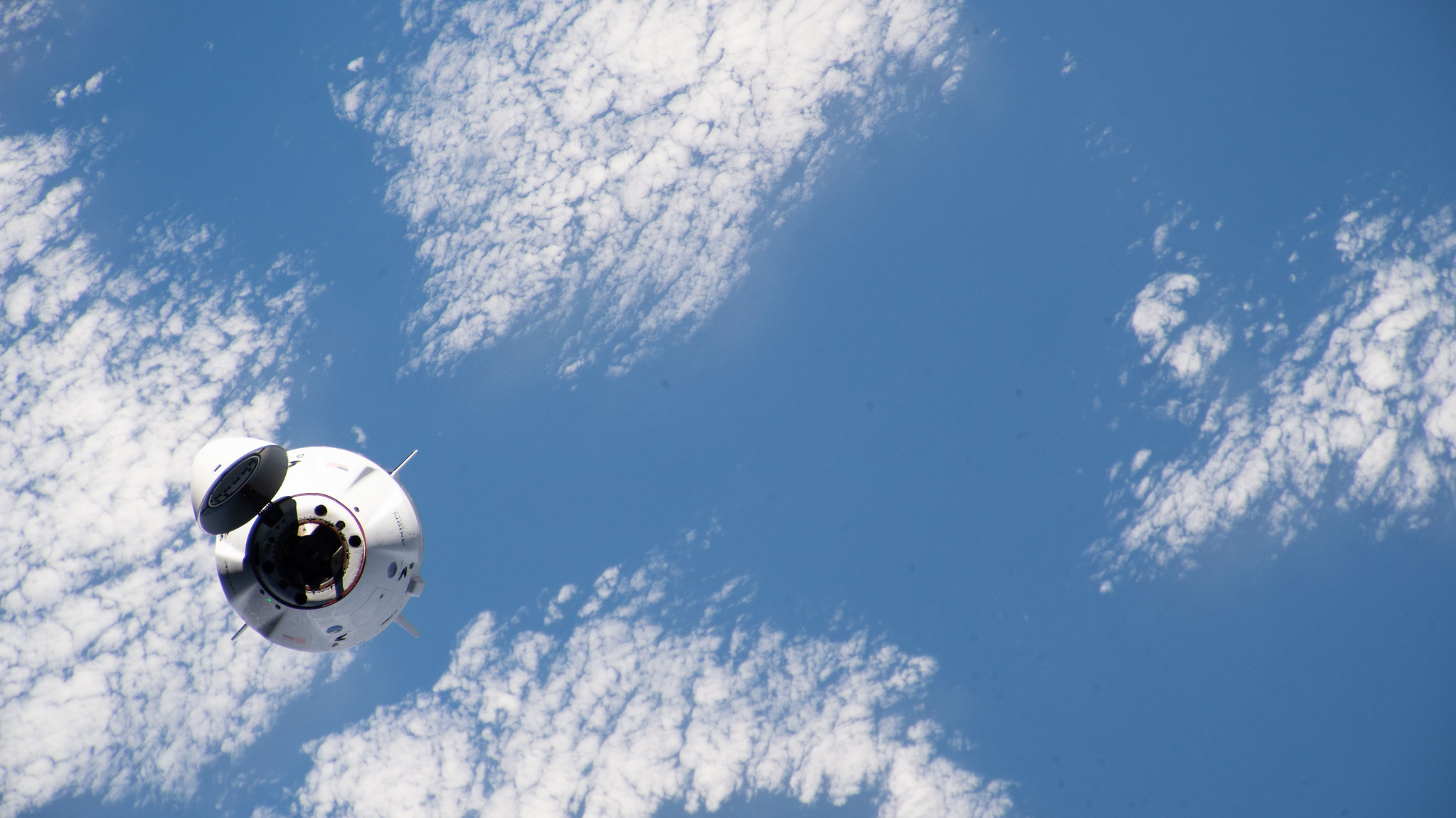 Crew Dragon Endeavour seen from the ISS during the Axiom-1 mission. (Credit: NASA)

2022’s first Crew Dragon mission, the Axiom-1 mission flying aboard C206 Endeavour, made history as the first-ever private crewed flight to the International Space Station. It launched on April 8 and splashed down on April 25, after a week of delays caused by bad weather in the Atlantic and the Gulf of Mexico.

Crew-4 launched to ISS two days after the Axiom-1 splashdown and marked the debut of C212 Freedom. The flight spent 170 days in space before returning to Earth on Oct. 14, while Crew-5 and C210 Endurance launched on Oct. 5 to relieve the Crew-4 mission. Crew-5 featured the first Russian cosmonaut to fly on the Crew Dragon.

The Axiom-2 and 3 missions are scheduled for May and October, respectively. These will be private missions to the ISS, while Crew-7, also to ISS, will round out the Crew Dragon’s 2023 flight manifest in December if all goes as planned. 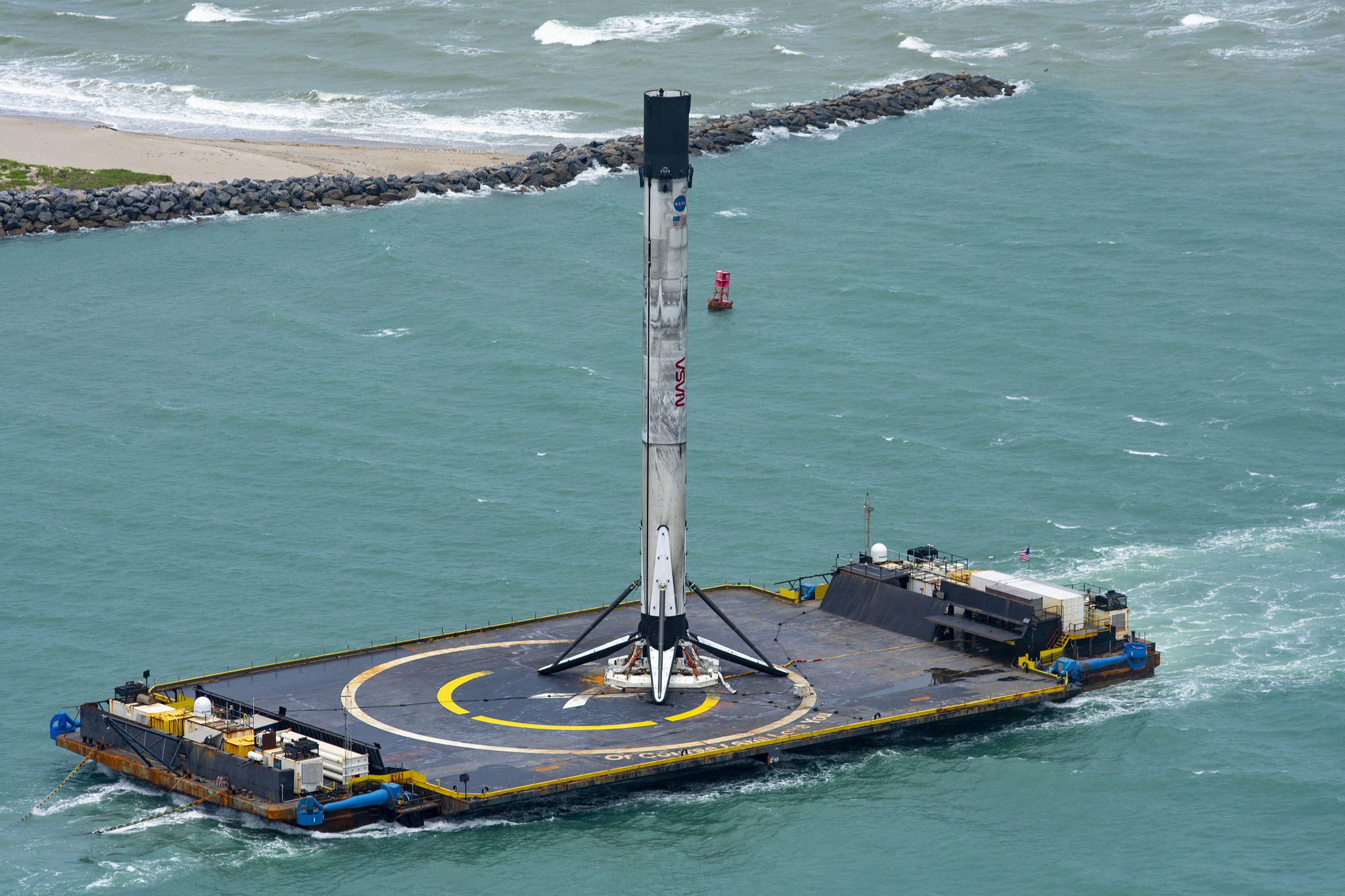 B1058 recovery following the DM-2 mission while operating out of Port Canaveral in 2020. (Credit: SpaceX)

Falcon 9 B1058 flew its 15th mission in December, setting a record for most missions flown by a booster and becoming the “fleet leader.” Several other boosters have made it to the double digits in flights, and others figure to join the “double-digit” club in 2023.

While B1049 and B1051 were deliberately expended for performance reasons, every recovery attempt in 2022, either on an ASDS or an RTLS, was successful. This success rate enabled SpaceX to keep up its record cadence, and a similar performance will be needed in 2023.

There were a record seven Falcon 9 launches in December, while April, July, August, and October featured six launches each. 2023 could see months with eight, nine, or even 10 launches if SpaceX comes anywhere near its 100-flight goal. 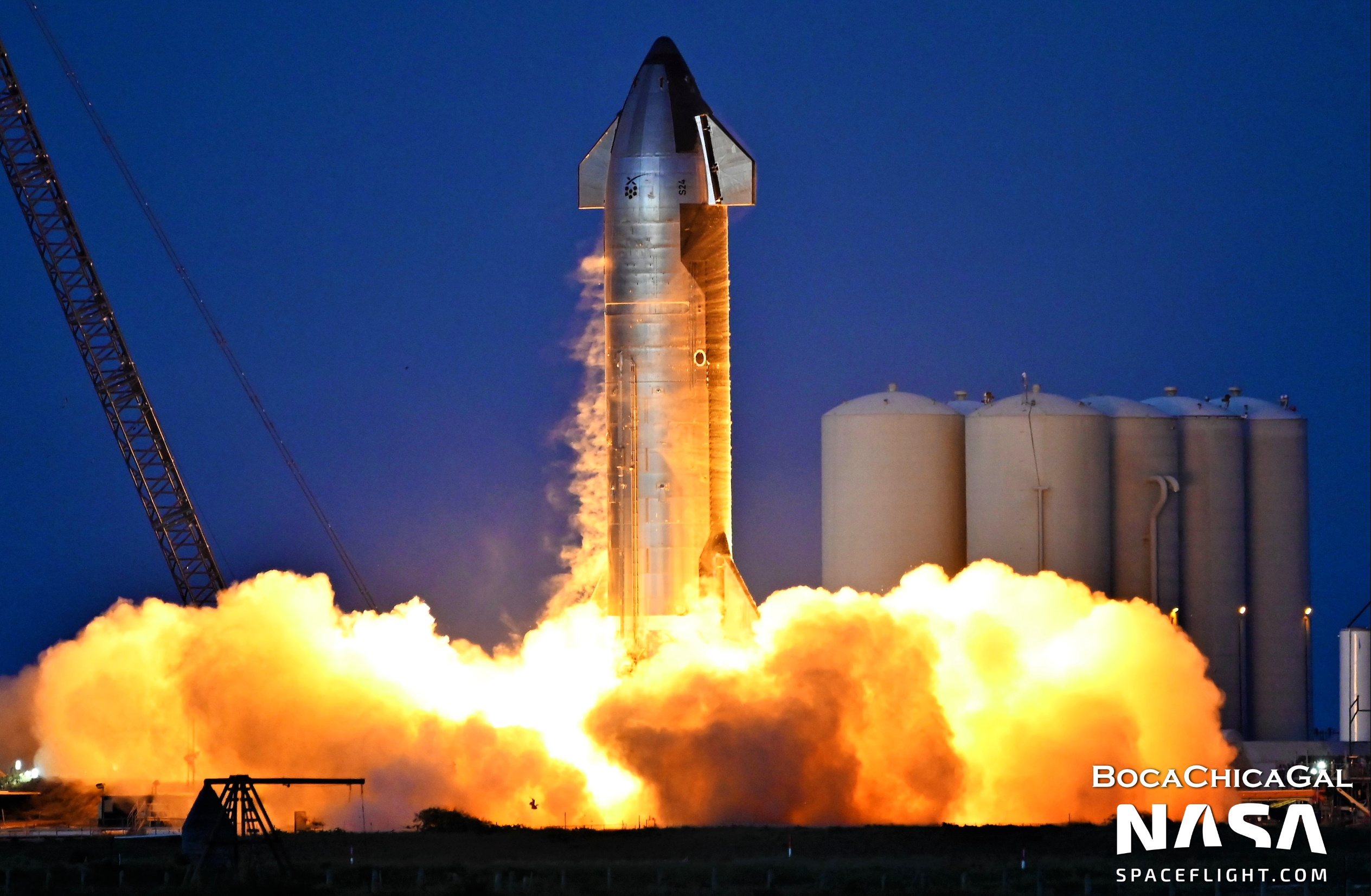 The Starship program started 2022 by needing to rework its ground support equipment at the orbital tank farm and launch pad. The liquid methane tanks were too close together and new ones needed to be installed. A berm to protect infrastructure from an on-pad explosion was also raised in height, and the GSE work took up much of the first half of the year.

On June 13, 2022, the FAA issued a mitigated finding of no significant impact (FONSI) for the Starbase launch site, clearing the way for preparations of the Starship orbital test flight. 75 mitigation activities are required to be conducted before a launch license can be granted.

SpaceX prepared for a 33-engine “spin prime” test as part of its launch preparations, after initially rolling out Booster 7, the expected booster to make the first orbital flight, in March. The booster needed to be fixed due to a flattened “downcomer” that occurred during a cryogenic proof test on the pad, and other preparations needed to be made before the test was ready.

On July 11, everything was finally ready for the spin prime test. This involves spinning up the liquid oxygen (LOX) turbopump but without actually going through with any fuel combustion. 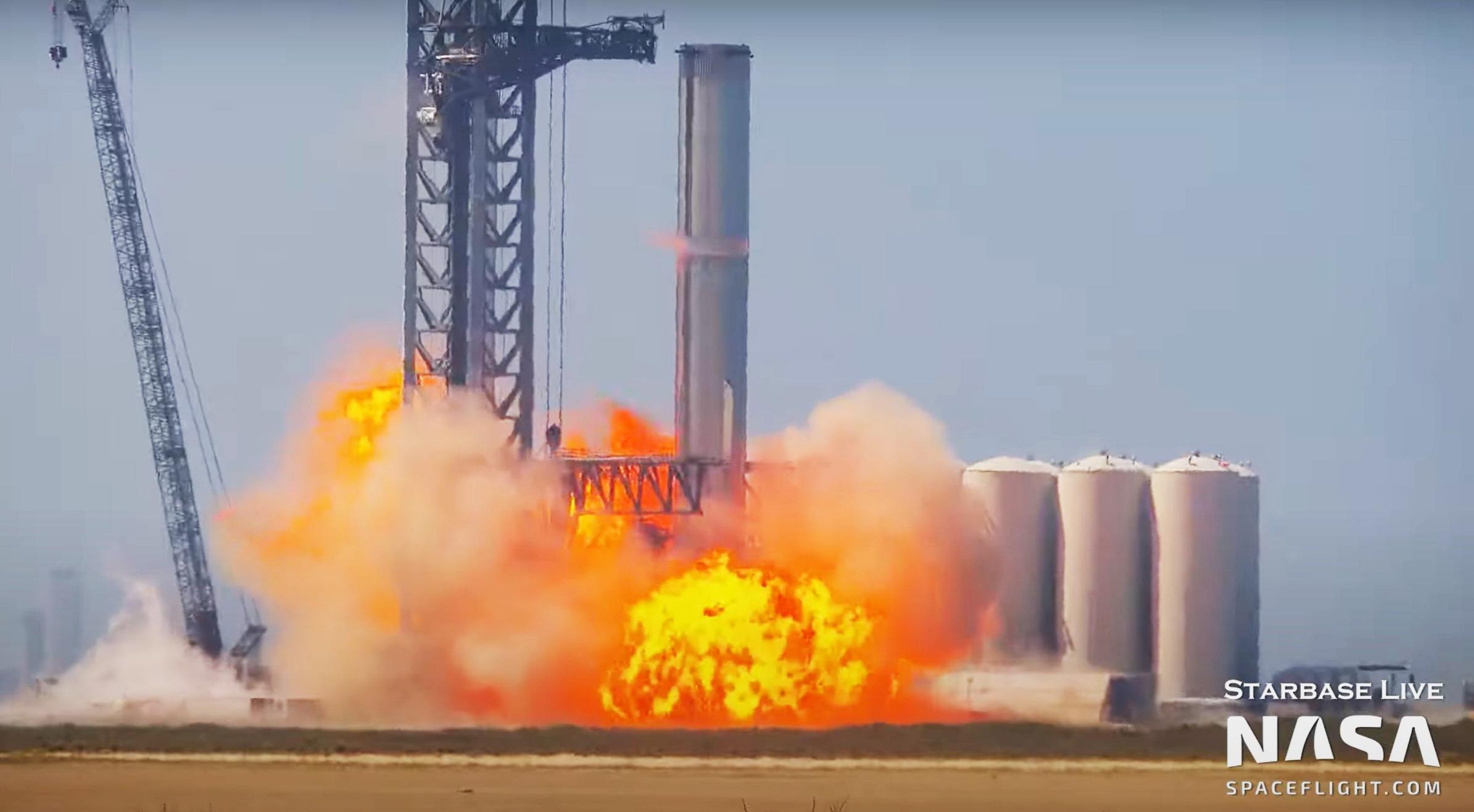 Booster 7 was rolled back to the production site for repairs, while the Mechazilla arms and the OLM also needed repairs. In August, the booster finally conducted its first engine test firing on the OLM, and SpaceX worked up to firing a larger number of engines, for a longer duration.

This year’s Booster 7 testing culminated with a 14-engine test firing on Nov. 14 as well as a long duration 11 engine test on Nov. 29. The 11-engine test lasted for 13 seconds and was the last test before the booster was rolled back to the production site for launch preparations.

Ship 24, the Starship now expected to make the first orbital flight, was also tested extensively this year, and not without issues. The ship first rolled out on May 26, with its first static test firing on Aug. 9. The six-engine test firing on Sept. 8 caused a large grass fire and also damage on the lower part of the ship.

The ship was repaired and conducted a successful single-engine static test fire on Dec. 15. In October, Ship 24 was stacked atop Booster 7 to test the full Starship system. This included several cryogenic proof tests, and the system’s alignment was tested and fixed.

Engine testing at the SpaceX facility in McGregor, Texas continues, along with the buildup of Starship launch and production facilities in Florida. The Starship launch tower at Pad 39A was built up, and work started on the OLM there as well. These facilities will be further built out over the course of 2023. 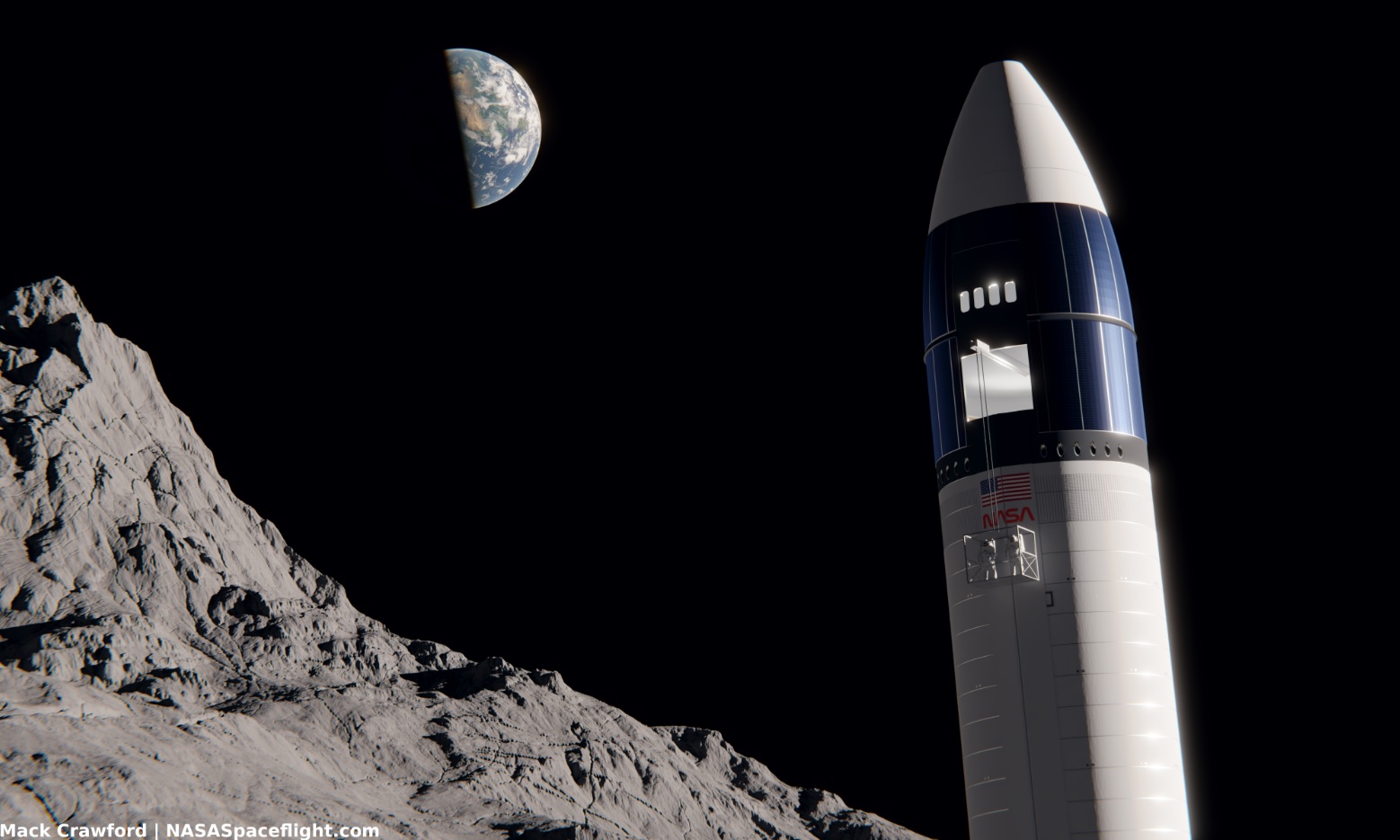 Render of a Starship HLS lander on the Moon. (Credit: Mack Crawford for NSF)