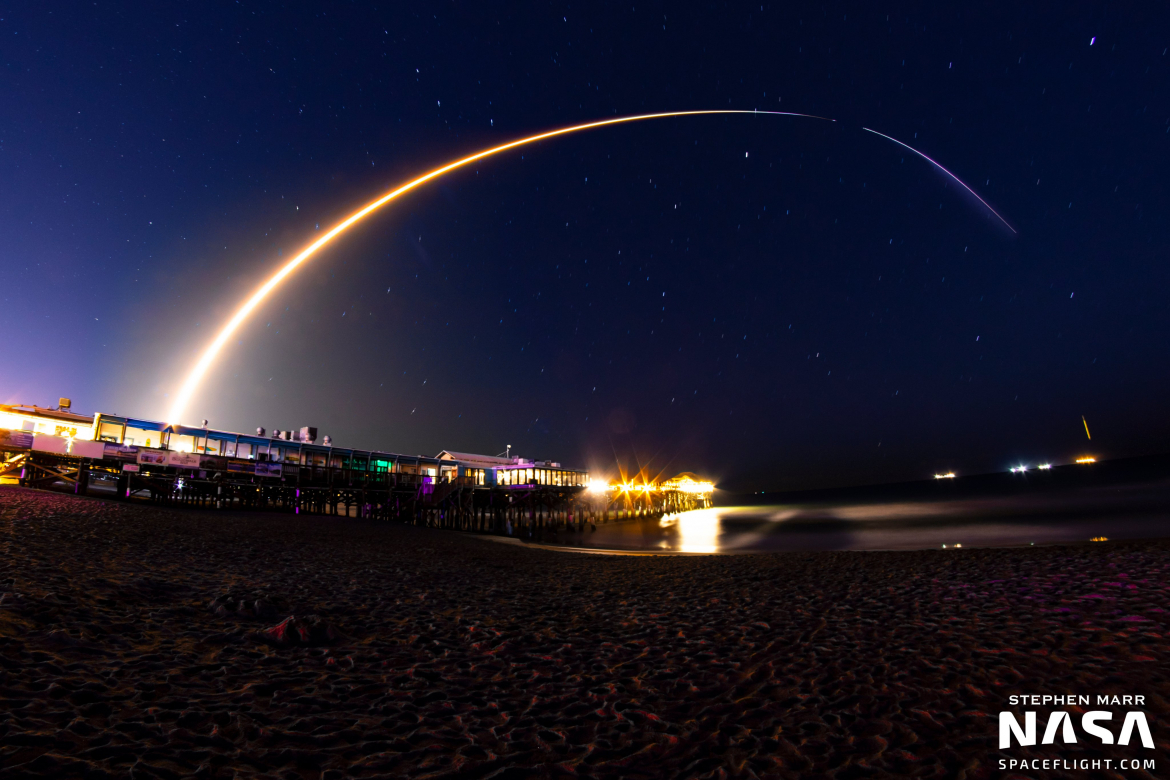 The Falcon 9 countdown for Wednesday’s launch followed the now traditional 35-minute-long automated propellant load sequence. At T-3 seconds the engine controller sent the ignition command to all nine Merlin 1D engines on the first stage which ramped up to full power in around 2.8 seconds.

The rocket was then released at T0 by the launch clamps and began its climb into orbit. The first stage for this mission, B1062, flew for the 11th time and was the fifth booster to reach this mark.

The booster fired its engines for the two-and-a-half minute ascent into near space, after which B1062 shut down its engines and separated from the second stage. After separation, it made a landing on SpaceX’s Autonomous Spaceport Drone Ship A Shortfall Of Gravitas which was located 660 km downrange east of The Bahamas.

For this mission, the Falcon 9 launch trajectory went southeast and performed a dogleg maneuver around The Bahamas. SpaceX used similar launch trajectories earlier this year during the winter months to avoid the harsher weather and sea state conditions off the mid-Atlantic coast and is returning to this launch profile for the current winter season.

After stage separation, the second stage ignited its single Merlin 1D Vacuum (MVacD) engine for approximately six minutes to inject the satellites into LEO. The fairing halves separated shortly after MVacD ignition and performed a parachute-assisted splashdown in the ocean. They will be retrieved from the water by SpaceX’s multi-purpose recovery vessel Doug.

The target insertion orbit for this mission was 212 by 338 km at 43 degrees inclination. The second stage used a single burn of its MVacD engine to put the satellites into the target orbit. Deployment occurred at around T+19 minutes and soon after the second stage performs another burn to deorbit and safely burn up over the southwest Indian Ocean.

This mission launched 54 Starlink satellites for the 530 km altitude, 43-degree inclination shell of Starlink’s Gen 2 constellation. This is the first time SpaceX launched to this new constellation and it did so using Falcon 9.

In August 2021, SpaceX presented plans to the Federal Communications Commission (FCC) to either use Falcon 9 or Starship to deploy satellites into Starlink Gen 2. But then, in January 2022, the company announced they would use only Starship as they thought it was going to be ready for launches as soon as March of this year.

However, technical delays in readying Starship for its first orbital flight meant that the company had to revisit its plans and in August 2022 it announced to the FCC that they would now launch into Starlink Gen 2 using both Starship and Falcon 9.

The document detailed that “while SpaceX will use technically identical satellites on both rockets, the physical structures will be tailored to meet the physical dimensions of the rockets on which they will be launched.”

This indicated that SpaceX intended to use downsized satellites that would be able to fit inside Falcon 9’s payload fairing. It was then confirmed by Elon Musk during an event with T-Mobile later that month. The CEO of the company referred to these as Starlink v2 “Mini” but unlike the document, where it doesn’t specify any conditions to launching Starlink v2 satellites on Falcon 9, he said this would only be in the event Starship were to be delayed even further. 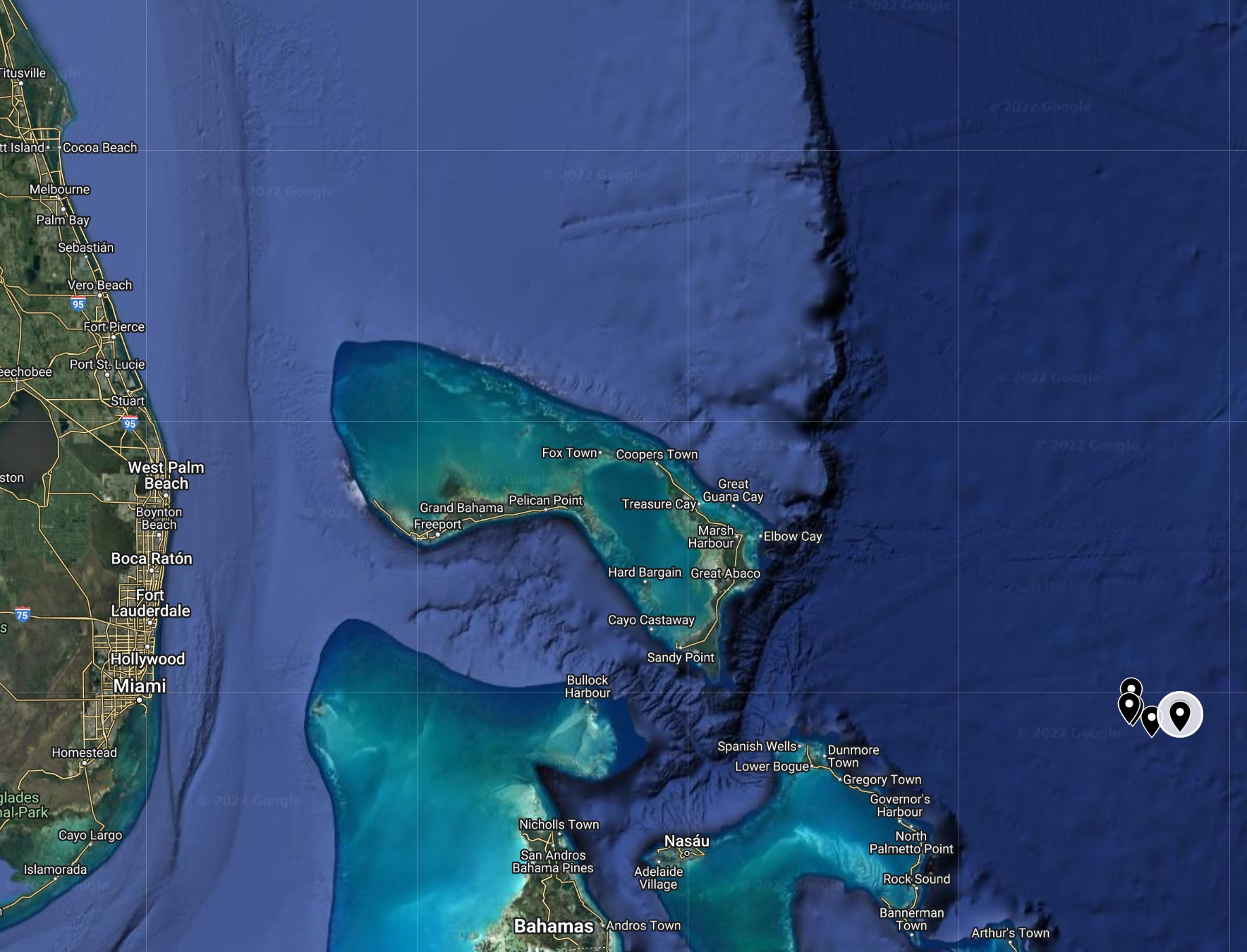 Indications that this launch in particular was related to Starlink Gen 2 came in late October 2022 when SpaceX filed a permit with the FCC requesting authorization to communicate with the Falcon 9 rocket during launch and landing for this mission. These permits normally include the landing location of the Falcon 9 booster, whether it is a drone ship or otherwise.

The landing coordinates on the permits for this and subsequent Group 5 missions indicated not only that they intended to use a southeast launch trajectory again just like they did earlier this year, but also that the Group 5 launches wouldn’t be to polar orbit as previously thought.

Starlink’s Gen 1 constellation consists of five orbital shells at four different inclinations. The initial Gen 1 launch campaign to fill the 53.2-degree shell used mission numbers of the form LNN, up to the L28 launch in May of 2021.

In September 2021, SpaceX started using the Group X-Y designation for their Starlink missions. It was understood at that time that the first number, X, would be the shell to which the satellites are being deployed while the second one, Y, indicated the mission number (but not necessarily the order of launch). So far SpaceX has launched missions to three of those shells using “Group X-Y” mission designations.

It was easy then to think that Group 5 launches would be going into the remaining orbital shell which is one with Sun-synchronous orbits – a type of polar orbit. However, based on the landing coordinates on the FCC permits, it was clear that the Group 5 missions wouldn’t be going into that orbital shell and therefore it had to be related to something new. In particular, these landing coordinates indicated that Group 5 launches were going into a mid-inclination orbit. 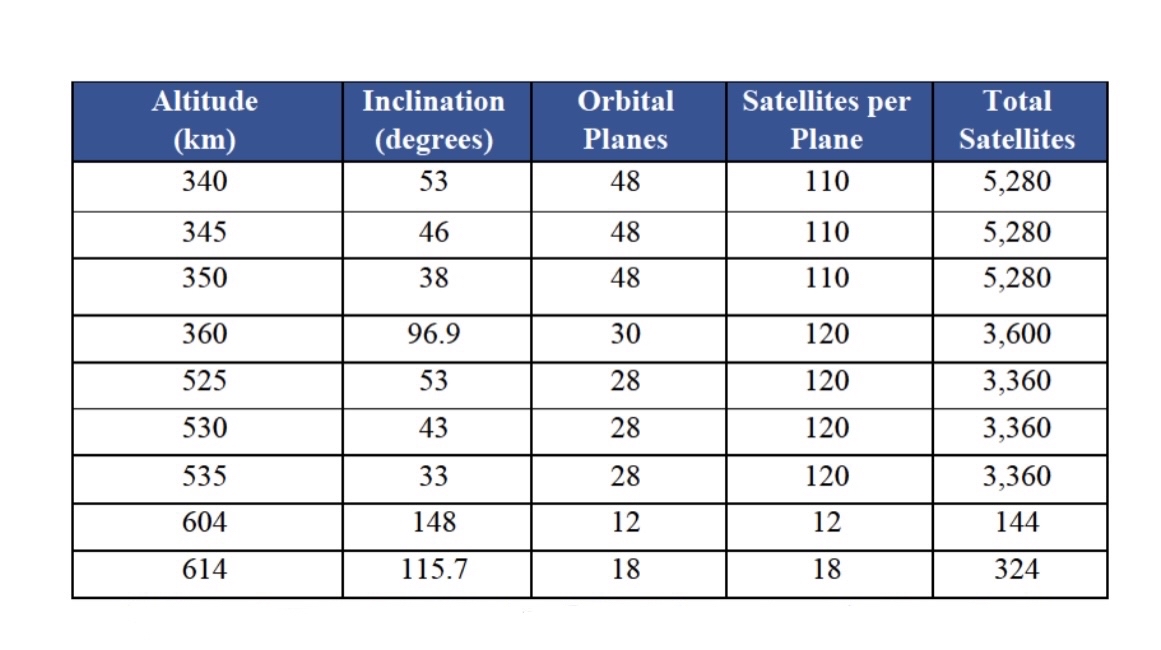 Just a few weeks later, SpaceX submitted a request for a Special Temporary Authority (STA) to the FCC to operate VHF telemetry, tracking, and command beacons on Starlink Gen 2 satellites. This STA confirmed SpaceX was tracking Wednesday’s launch as the first of the Starlink Gen 2 constellation.

However, questions remain as to what specific hardware is included in these satellites. Earlier documents by SpaceX to the FCC detailed up to three different configurations for Starlink Gen 2 satellites. One, dubbed F9-1, would be the same size and mass as Starlink v1.5 satellites that the company is already launching and would be launching on Falcon 9.

Another configuration that could launch on Falcon 9, dubbed F9-2, would be almost double the size, double the number of solar arrays, and nearly three times as massive as the F9-1 type of satellite. The document also included the dimensions for the third Starlink Gen 2 satellite configuration which SpaceX plans to launch on Starship. 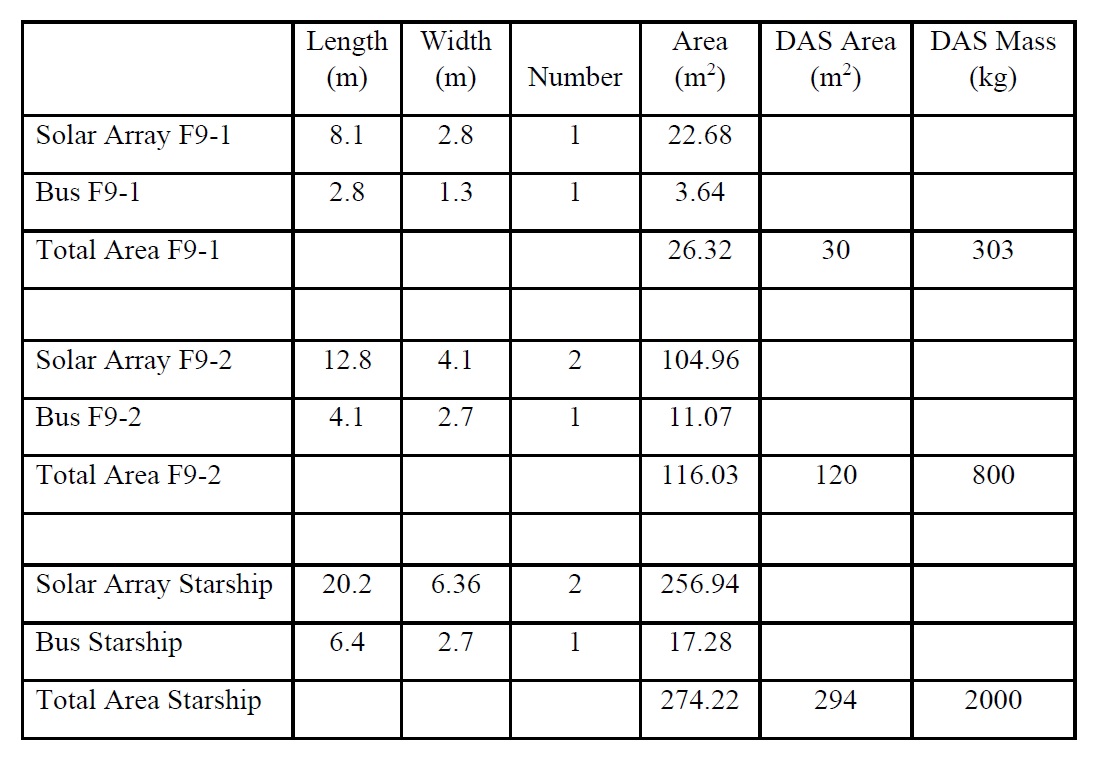 Table from an October 2022 document to the FCC where SpaceX details the different possible configurations of Starlink Gen 2 satellites the company was planning to use.

The number of satellites flying on Starlink Group 5-1 suggests this mission is flying the F9-1 satellite configuration which would allow them to use hardware and processes similar to launching Starlink v1.5 satellites under the Gen 1 constellation.

SpaceX has already applied for three more Group 5 launches in the next couple of months and sources indicate they’ll start launching Group 6 missions as early as February, also headed to Starlink’s Gen 2 constellation. It would seem like the Group X-Y mission designation is used for launches of both the Gen 1 and Gen 2 Starlink constellations.

Wednesday’s launch was SpaceX’s 60th launch of the year and the second-to-last mission for the company in 2022. This launch will be followed by another from Vandenberg later in the week lofting the first EROS-C3 satellite. If both launch before the end of the month, SpaceX would beat their target of 60 launches this year as they prepare for a busy 2023 where the company is targeting 100 launches.