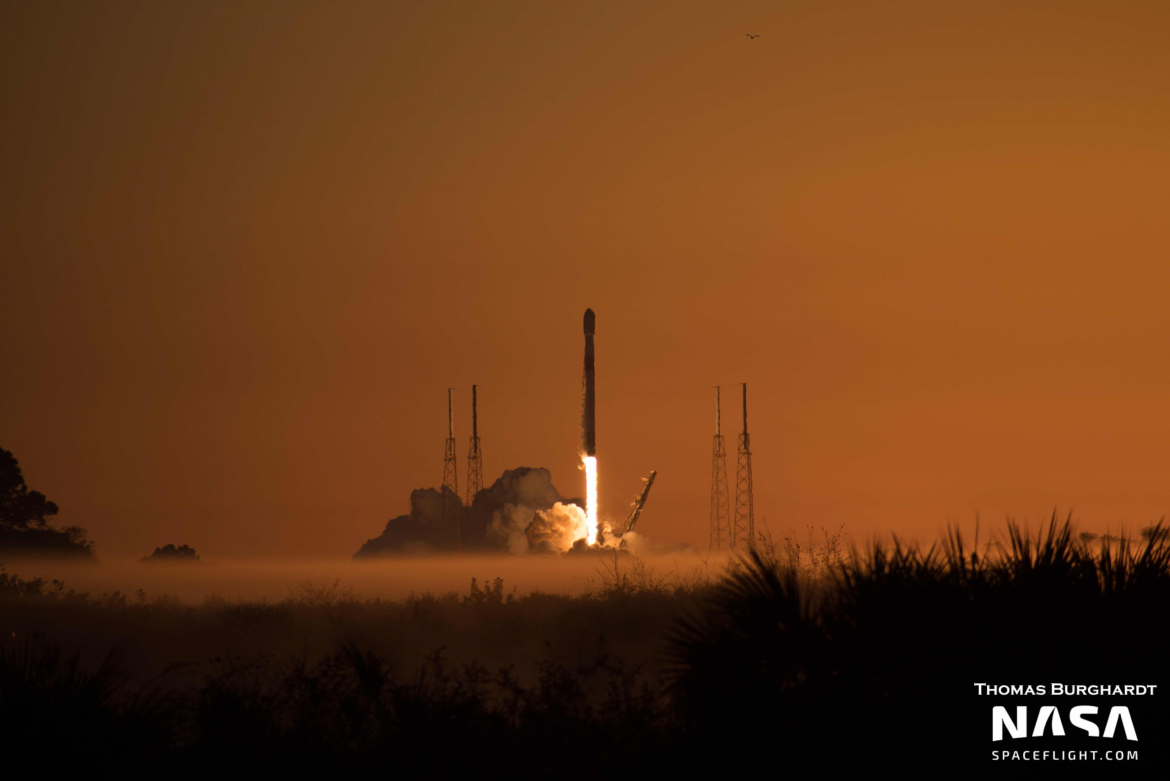 SpaceX launched its fourth mission of the year, a GPS-III satellite for the US Space Force, on Wednesday, Jan. 18. The launch saw a Falcon 9 rocket lift off from Space Launch Complex 40 (SLC-40) at Cape Canaveral Space Force Station at 7:24 EST (12:24 UTC).

The payload for this mission is Global Positioning System III Space Vehicle 06 (GPS-III-SV06). It was built in Littleton, Colorado, by Lockheed Martin and will be placed into a medium Earth orbit (MEO) with an operational circular orbit at 20,180 km and an inclination of 55 degrees.

GPS-III-SV06 had a launch mass of 4.352 kg and is named after Amelia Earhart, the famous aviator who became the first woman to cross the Atlantic Ocean solo in 1932. Earhart disappeared during a flight around the world in 1937.

The satellite arrived in Florida in October 2022 for final pre-launch processing.

Powering the first part of this mission was Falcon 9 booster B1077-2, making its second flight. The booster debuted on the Crew-5 mission to the International Space Station last year.

The mission followed the standard Falcon 9 propellant loading profile. Beginning at T-35 minutes and concluding shortly before liftoff, the rocket was filled with chilled RP-1, a rocket-grade kerosene, and densified liquid oxygen (LOX) as an oxidizer.

After lifting off and pitching and rolling onto the correct trajectory, Falcon 9 passed through maximum dynamic pressure approximately one minute 12 seconds into flight. After a planned burn of two minutes and 33 seconds, the first stage shut down and separated to prepare for its landing on the drone ship A Shortfall of Gravitas stationed 635 km northeast of the launch site.

GPS-III-SV06’s mass and orbital destination precluded a Return To Launch Site landing for the booster, which made the first autonomous spaceport drone ship landing of the year for SpaceX. The booster performed two burns for this operation, one as it reentered the atmosphere to slow itself down, and a second to actually land on the drone ship.

Meanwhile, the second stage continued accelerating the payload to orbital velocity, jettisoning the protective fairing halves as it climbed. SpaceX’s multipurpose recovery ship Doug will recover these fairings for reuse.

The GPSIII-6 satellite is KSC bound from Titusville. This is actually a normal scene on the roads of the Space Coast and I have to admit, I like this sort of normal.

Catch views as it passes by the @NASASpaceflight SCL cameras.https://t.co/lIR57w5ug9 pic.twitter.com/Yw8QhIOUq9

After placing itself and the payload into an initial low Earth parking orbit, the second stage reignited its engine one hour, three minutes, and 32 seconds after launch. This 44-second burn placed Falcon 9 into a MEO transfer orbit.

The spacecraft separated from the second stage just over one hour and 29 minutes after liftoff and will use its onboard thrusters to place itself into its final circular orbit.

Following this first batch, the US Space Force plans to launch up to 22 additional satellites known as GPS-IIIF (Follow-On). Also built by Lockheed Martin, these will feature more protections against hackers and foreign militaries, including anti-jamming capabilities up to 60 times greater than is currently available.

Overall, the current GPS network includes a mixture of different satellite generations, each one an improvement over the previous. According to Lockheed Martin, the GPS-III generation improves positioning accuracy by a factor of three over the previous Block-IIF variant.

While position information is largely how the network is used, one of the most important systems on GPS satellites is their atomic clocks — which are crucial to synchronizing cell phone base stations around the world.

A further improvement with the GPS III generation accounts for a concern of the United States Space Force (USSF) regarding signal jamming from foreign adversaries. The Block III variant’s anti-jamming capabilities are at least eight times more effective than the IIF generation.

While the GPS network hosts several military applications on M-code signals, four operational civilian signals exist. The oldest satellites use a signal called L1 C/A. While still in use, it is considered a legacy signal and is primarily used to boost accuracy on ground-based devices that utilize dual-band GPS.

All Block III satellites, including GPS-III-SV06, use three additional signals. L2C is more effective, powerful, and accurate compared to the previous legacy signals, according to the National Coordination Office for Space-Based Positioning, Navigation, and Timing. The L5 signal, nicknamed the “safety of life” frequency, is broadcast on a radio band reserved exclusively for aviation safety services.

The newest signal is L1C, and it is designed so that it can be shared between other participating GPS networks, including Galileo from Europe. The USSF indicates that Japan’s Quasi-Zenith Satellite System (QZSS) and China’s BeiDou system are in the process of adopting similar signals. 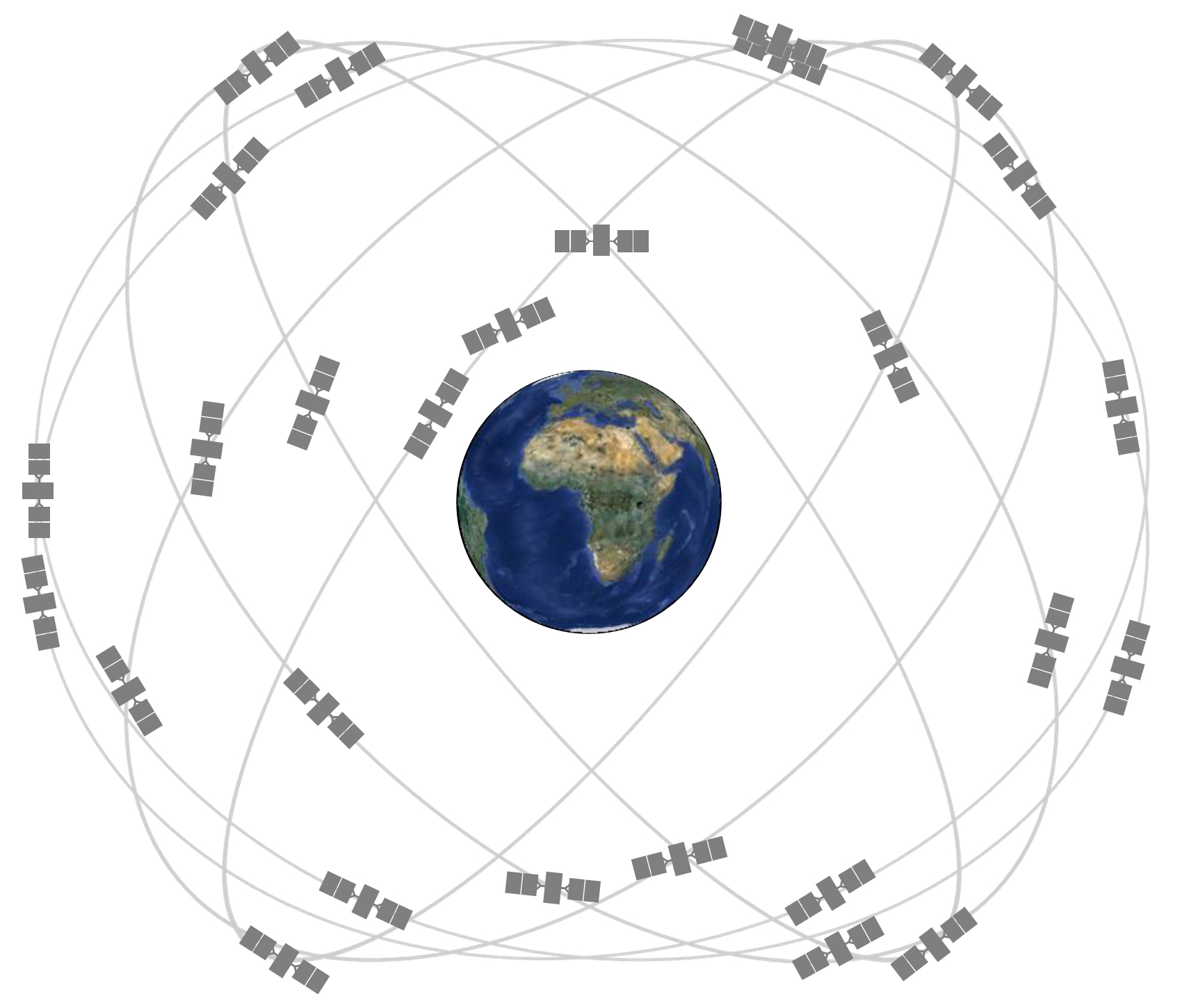 Graphic showing the orbits of 31 US GPS satellites before the GPS-III-SV06 launch. (Credit: National Coordination Office for Space-Based Positioning, Navigation, and Timing)

The Indian Regional Navigation Satellite System (IRNSS) serves a similar purpose with its seven operational satellites; however, the Indian network is not global and only serves India and surrounding regions.