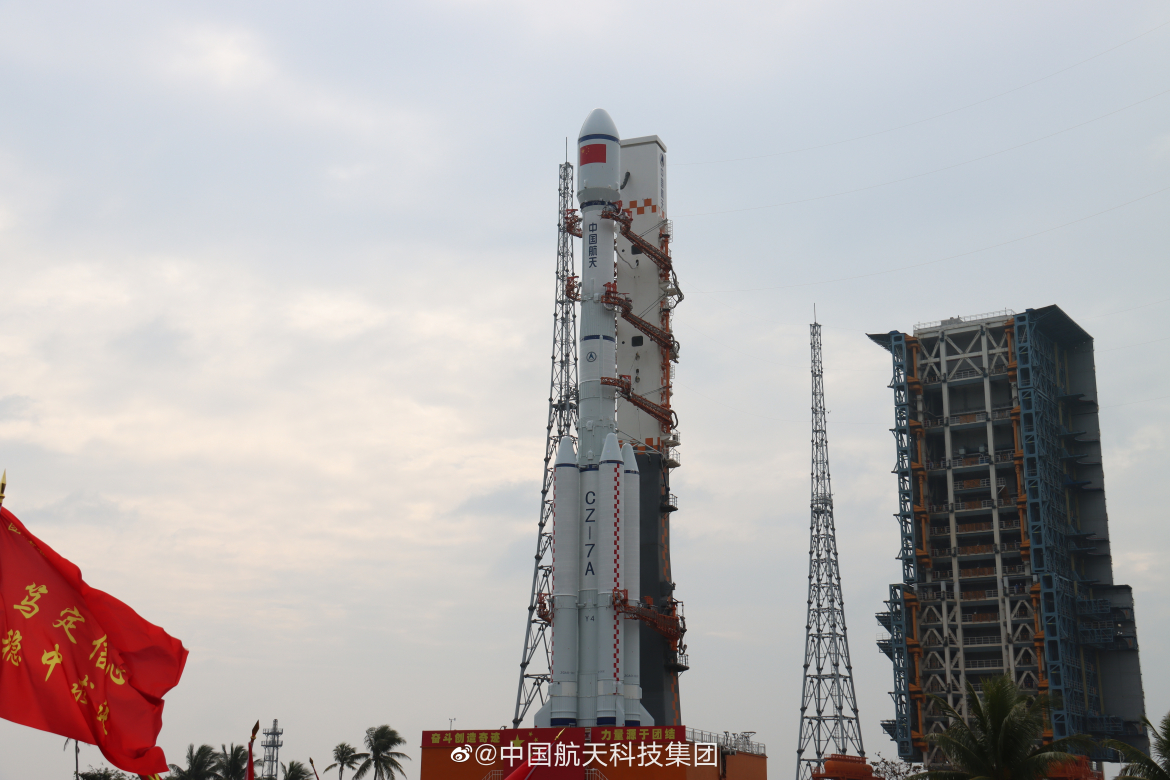 With two launches now under its belt, China joins the US as the second nation to have launched to orbit in 2023. First, the Shijian 23 payload lifted off at 22:00 UTC on Sunday onboard a Chang Zheng 7A from Wenchang. Just seven hours later, Gushenxing-1 carried the “Give Me Five” rideshare mission to orbit from Jiuquan.

UPDATE: Days after the publication of this article, Chinese state media corrected that the Shiyan 22A/B payloads were not launched on the CZ-7A mission on Jan. 8, but rather on a subsequent CZ-2D launch on Jan. 13.

The Shijian mission lifted off and was confirmed as a success after launch — a common occurrence for Chinese missions. Since the launch occurred from the Wenchang Satellite Launch Center (WSLC), live streams were available to watch this launch live as the launch area is visible from a public beach.

For this first mission out of China in the new year, the payload consisted of three satellites, one of which belongs to the Shijian series. The name “Shijian” translates to “Practice” and is a line of missions usually used to verify and demonstrate new space technologies before their use on operational tasks. These launches began starting with the Chang Zheng 1 rocket in March 1971.

The payload was inserted into a 209 x 35,793 km geostationary transfer orbit (GTO) with an inclination of 16.42 degrees and an orbital period of 631 minutes. Of course, this will change over time, as the satellite will use its onboard propulsion to get to a geostationary orbit (GEO).

Launch success has been confirmed for this 22:00 UTC launch, besides Shijian 23 as expected, there are also 2 “thingy” on board called Shiyan 22A/B. pic.twitter.com/fIP2BrKs0a

Shijian 23 will be used to carry out scientific experiments and technical verification. Its exact purpose and use have been kept a secret, as is often the case with Shijian payloads. It is most likely based on the DFH-4E satellite bus. The satellite bus masses about 2,700 kg and can operate for up to 15 years in orbit via its onboard propulsion system. This bus debuted on the NigComSat mission in May 2007.

The Shanghai Academy of Spaceflight Technology (SAST) built the payload. This payload was the heaviest that has ever been launched on a Chinese medium-lift launch vehicle, according to the China Aerospace Science and Technology Corporation (CASC), which may signify that the overall mass of the three payloads was over six tonnes to GTO. 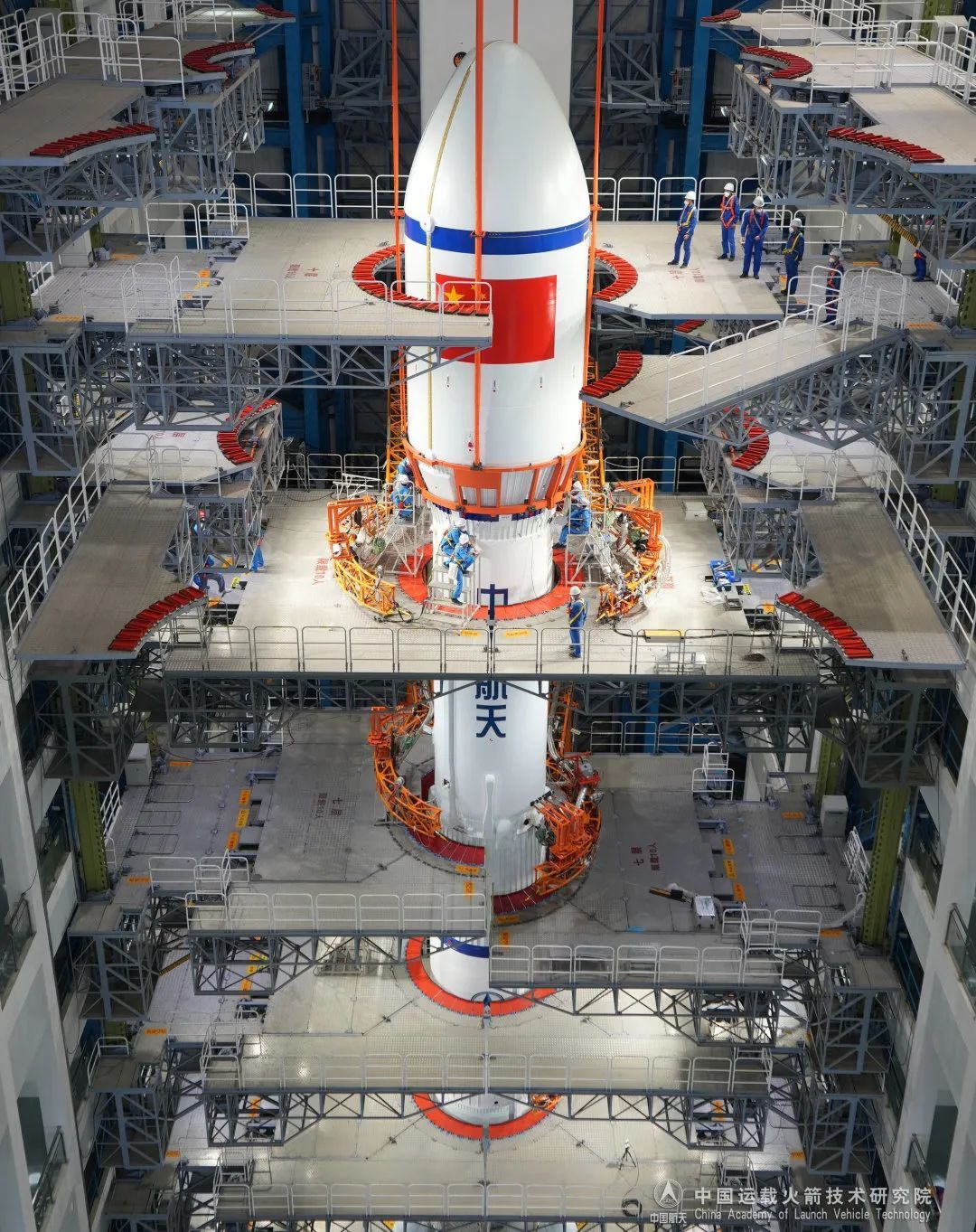 Chang Zheng 7A stands 60.13 meters tall with a core diameter of 3.35 meters and a liftoff mass of about 573,000 kg. The primary first-stage engine is the YF-100, an RP-1 engine that commonly appears on modern Chinese rockets, such as CZ-5, 6, and CZ-7. Each engine provides about 1,200 kN of thrust. The rocket’s central core features two such engines, while each of the four boosters is equipped with one — bringing the total number of engines on the first stage to six.

This rocket might get more work in the future, as it will be mainly used to help phase out the Chang Zheng 3 over a period of time. Currently, the China Academy of Launch Vehicle Technology (CALT) can produce up to six CZ-7A rockets a year and expects to about double the production over the next two-to-three years. In addition to the ramp-up, a new 5.2-diameter fairing is being developed for CZ-7A to enable bigger payloads in the future.

A few hours after the Shijiyan and Shiyan payloads lifted off, Gushenxing-1 — “Ceres-1” in English — launched from the Jiuquan Satellite Launch Center (JSLC) at 05:04 UTC on Monday. It carried five rideshare payloads. The payloads went to a Sun-synchronous orbit (SSO), and the mission was also confirmed as a success by CASC. 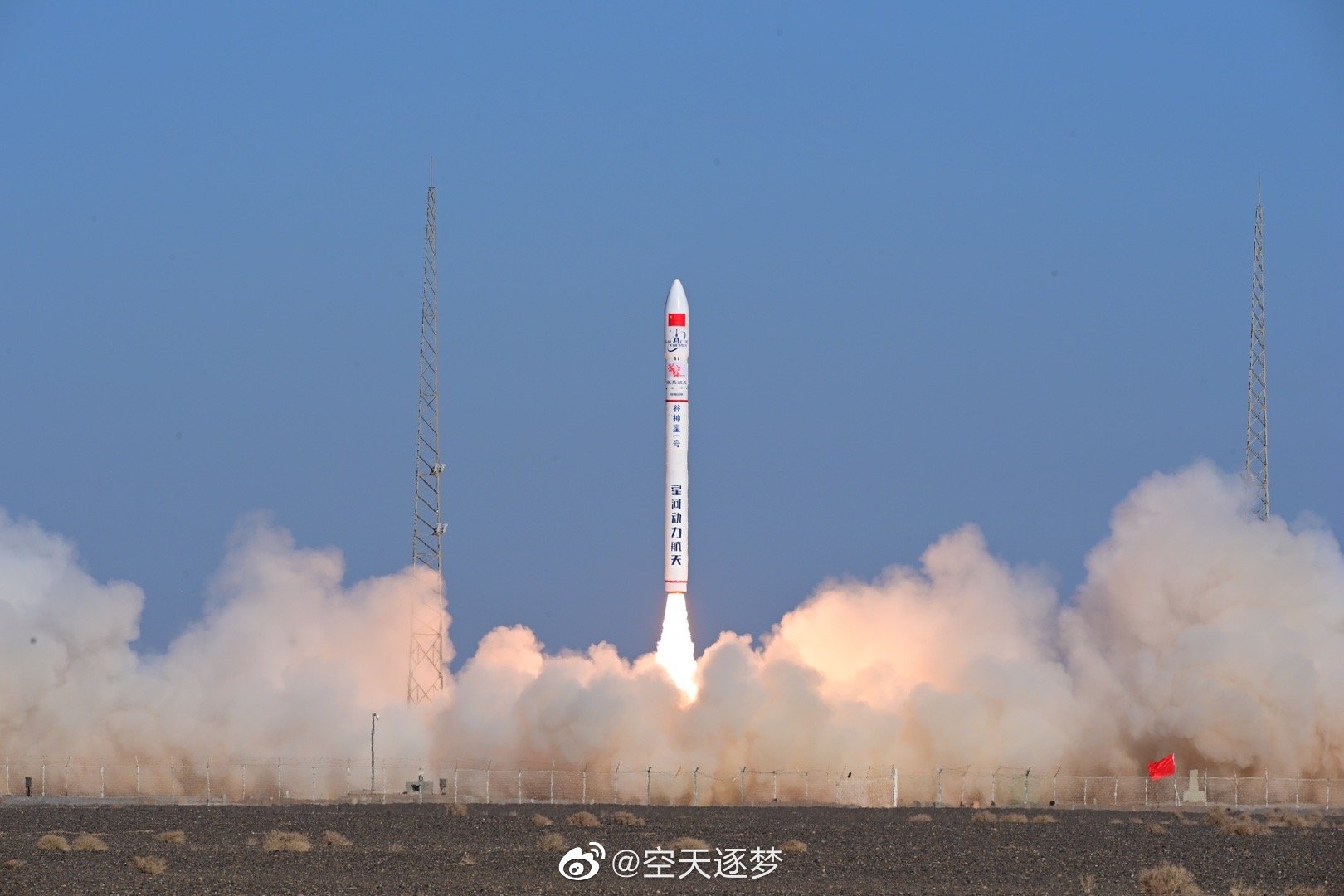 One of the five satellites was Tianqi-13, part of the Tianqi constellation started in 2018. Tianqi is a constellation of Chinese low Earth orbit (LEO) communication satellites that will provide internet services to Chinese commercial customers. The complete constellation is planned to feature 38 LEO satellites. The satellite launched on Ceres-1 is also referred to as Alashan-1.

Two other payloads on this rideshare are part of the Tianmu Meteorological Constellation, which did not release further details about their exact purpose and usage. One more payload was from the Nanton Middle School and is called “Nantong Zhongxue Satellite.” The final payload is the SciTech-1 satellite, with no further details released.

Gushenxing-1 is a launch vehicle made by the private spaceflight company Galactic Energy. It is based chiefly on three solid-fueled stages, with a fourth stage based on hydrazine for the final orbital adjustments. It can launch up to 400 kg into low Earth orbit. This mission was its fifth flight, with all previous flights also being successes.

The rocket is named after the dwarf planet Ceres and can launch from a barebones platform. It is designed to be available quickly, with as little required launch preparation as possible. After recent upgrades to the rocket, the total length is 20 meters in height with a mass of 33 tons at liftoff. The payload fairing is 5.2 meters long with a diameter of 1.6 meters. It is transported to the designated launch spots using a dedicated vehicle developed for this rocket. The vehicle transports the rocket horizontally to the launch spot before erecting it vertically.

This marks the beginning of a hectic period of launches out of China. Currently, at least three more launches are scheduled from the country in the next seven days, with more being a possibility.