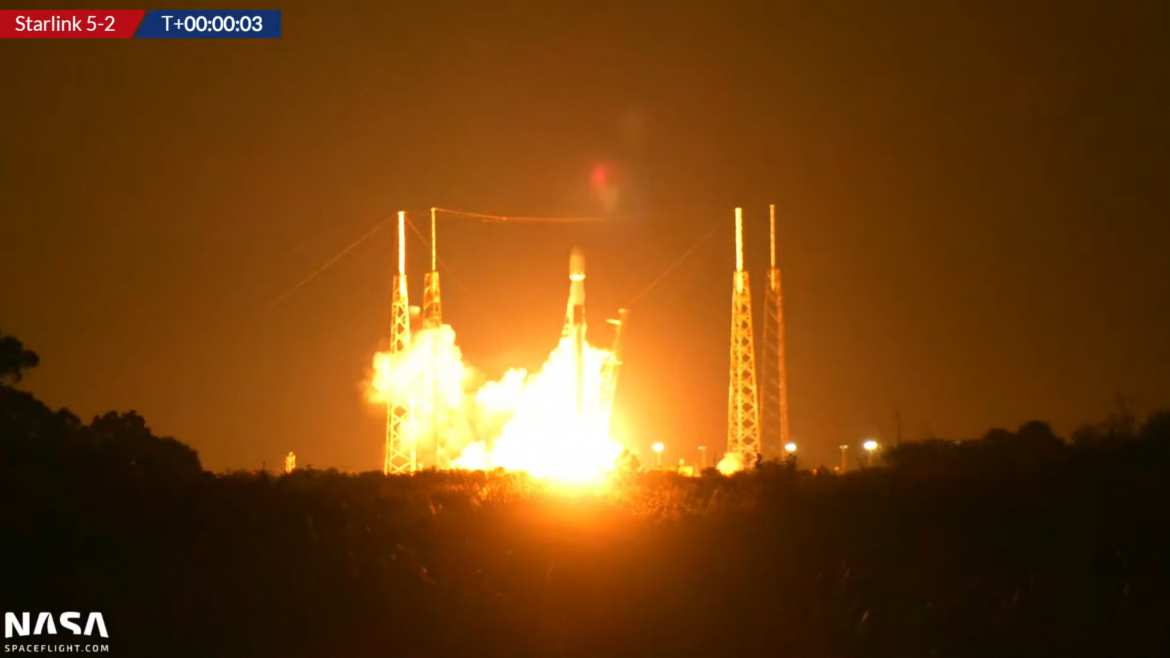 SpaceX’s busy 2023 continued with the launch of Starlink 5-2, a mission that plans to fill out new “shells” of Starlink satellites that link to the upcoming second-generation Starlink constellation. The Starlink 5-2 mission launched into the predawn darkness at 4:32 AM EST (09:32 UTC) on Thursday, Jan. 26, from Space Launch Complex 40 (SLC-40) at Cape Canaveral Space Force Station in Florida.

Starlink 5-2 is the fifth Falcon 9 launch of the year and the sixth overall launch for SpaceX in 2023. The mission used Falcon 9 booster B1067-9, which has previously flown two NASA crew missions and two cargo resupply missions to the International Space Station (ISS). B1067 has also flown two geostationary communication satellites, the O3b mPower mission, and the Starlink 4-34 missions.

Thursday’s launch saw 56 Starlink satellites lofted into an orbit inclined 43 degrees to the equator, and ultimately into a circular orbit at an altitude of 530 kilometers after on-orbit maneuvers. The initial parking orbit after launch will be 212 km by 338 km, with Falcon 9 flying a southeast trajectory out of Florida. This is usual practice during the winter months of the year, as the seas to the northeast tend to be rough.

The 530 km orbital altitude corresponds to one of the shells for the Generation 2 (Gen2) constellation, although the satellites for this launch are thought to be similar to the version 1.5  satellites that have been launched for the last few years.

Documents submitted by SpaceX to the FCC for Gen2 satellites indicate that the F9-1 configuration is similar to first-generation version 1.5 satellites. As such, it is likely that something similar to these satellites will be flying on Starlink 5-2. 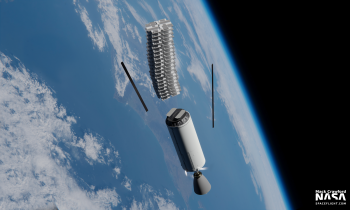 The Autonomous Spaceport Drone Ship (ASDS) Just Read the Instructions supported booster recovery operations for the mission, stationed approximately 660 km away from Florida in the Atlantic. SpaceX’s multi-purpose recovery ship Bob is expected to retrieve the fairing halves for later reuse. The booster recoveries and fairing retrievals are critical to lowering launch costs for SpaceX and supporting the ambitious goal to fly 100 missions this year.

With a successful launch, Starlink 5-2 is Falcon 9’s 198th orbital flight. The Starlink constellation, as of mid-Jan. 2023, consists of 3,425 satellites in orbit, with 3,389 appearing to perform nominally and 3,120 operational in their target orbits.

Assuming Starlink 5-2 is a success, the total number of Starlink satellites will increase to 3,771 satellites launched, with 3,479 in orbit. SpaceX has received a license to operate up to 7,500 Gen2 satellites in orbit, though the company had originally applied for 29,988 spacecraft.

What’s more, the Dish Network and the International Dark-Sky Association have sued to stop the deployment of Gen2 satellites, filing a lawsuit earlier this month. The lawsuit asks the FCC to rescind the license for the 7,500 Gen2 satellites due to concerns regarding interference with Dish Network systems and disrupting astronomical observations due to satellite brightness.

It remains to be seen how this lawsuit will affect the planned Gen2 deployments. Another item affecting Gen2 deployments is the readiness of Starship, which is expected to serve as the main launch vehicle of the Gen2 constellation. There are two different kinds of “mini v2” satellites that could fly aboard Falcon 9, but for the F9-2 satellites, the number of satellites Falcon 9 would be able to carry would be reduced due to their increased size and mass. 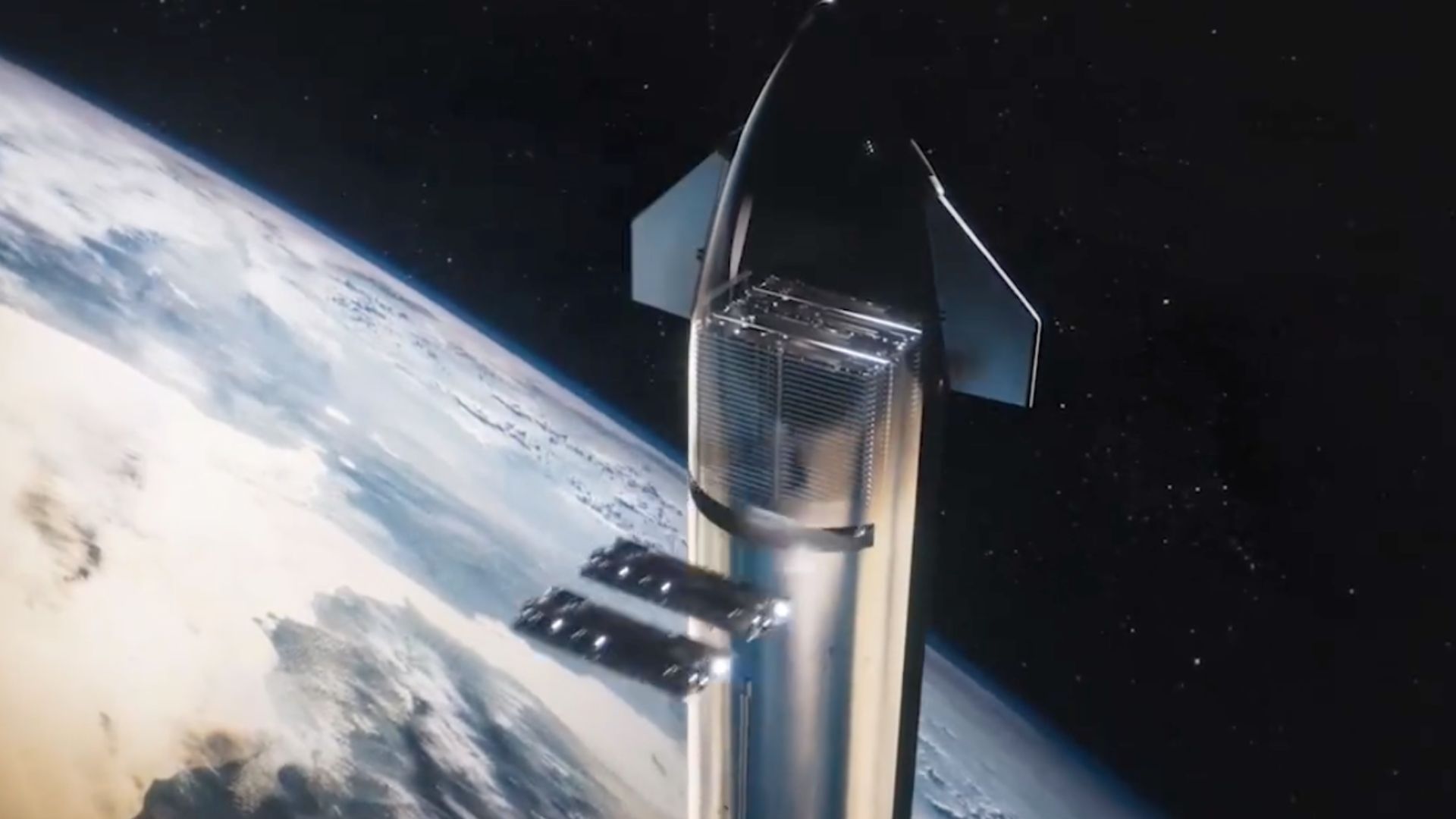 The full-sized Gen2 satellites can only be deployed in high amounts by Starship, which just completed its first wet dress rehearsal in Starbase, Texas.

While Starship prepares for its first orbital launch, Falcon 9 is expected to start the second-generation deployments of Starlink, while continuing to fill out the first-generation shells. By the end of the year, it is possible that Starlink Gen2 satellites could be launched atop Starship.

Arriving at Titan: How Dragonfly’s Entry, Descent, and Landing will differ from Mars missions