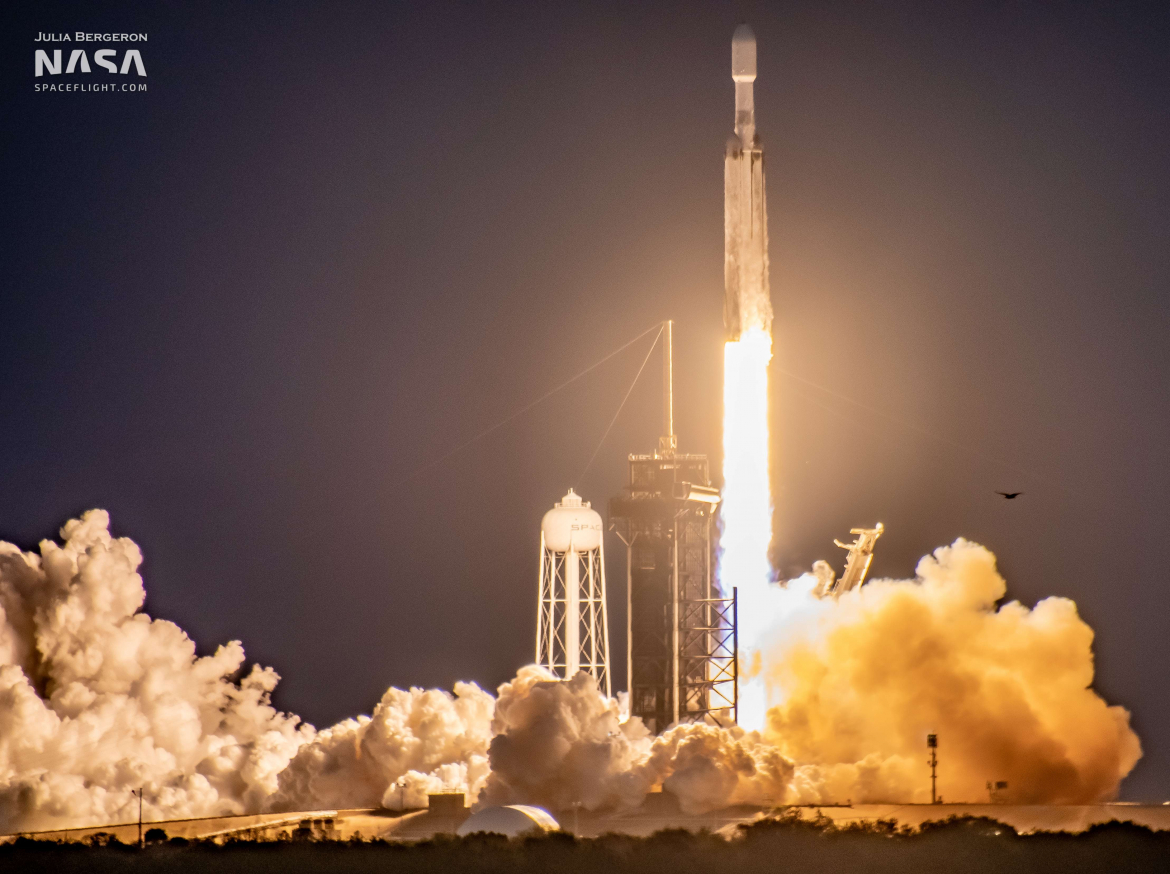 The latest Falcon Heavy mission launched Sunday, Jan. 15, at 5:56 PM EST (22:56 UTC) and was later declared a success by the US Space Force.

CBAS-2 was the second CBAS-series satellite for the US Space Force. The first was launched on a United Launch Alliance (ULA) Atlas V rocket on April 14, 2018, as part of the AFSPC-11 mission.

Originally under Air Force jurisdiction, CBAS is now part of the US Space Force following the branch’s formal addition to the US armed services in 2019. 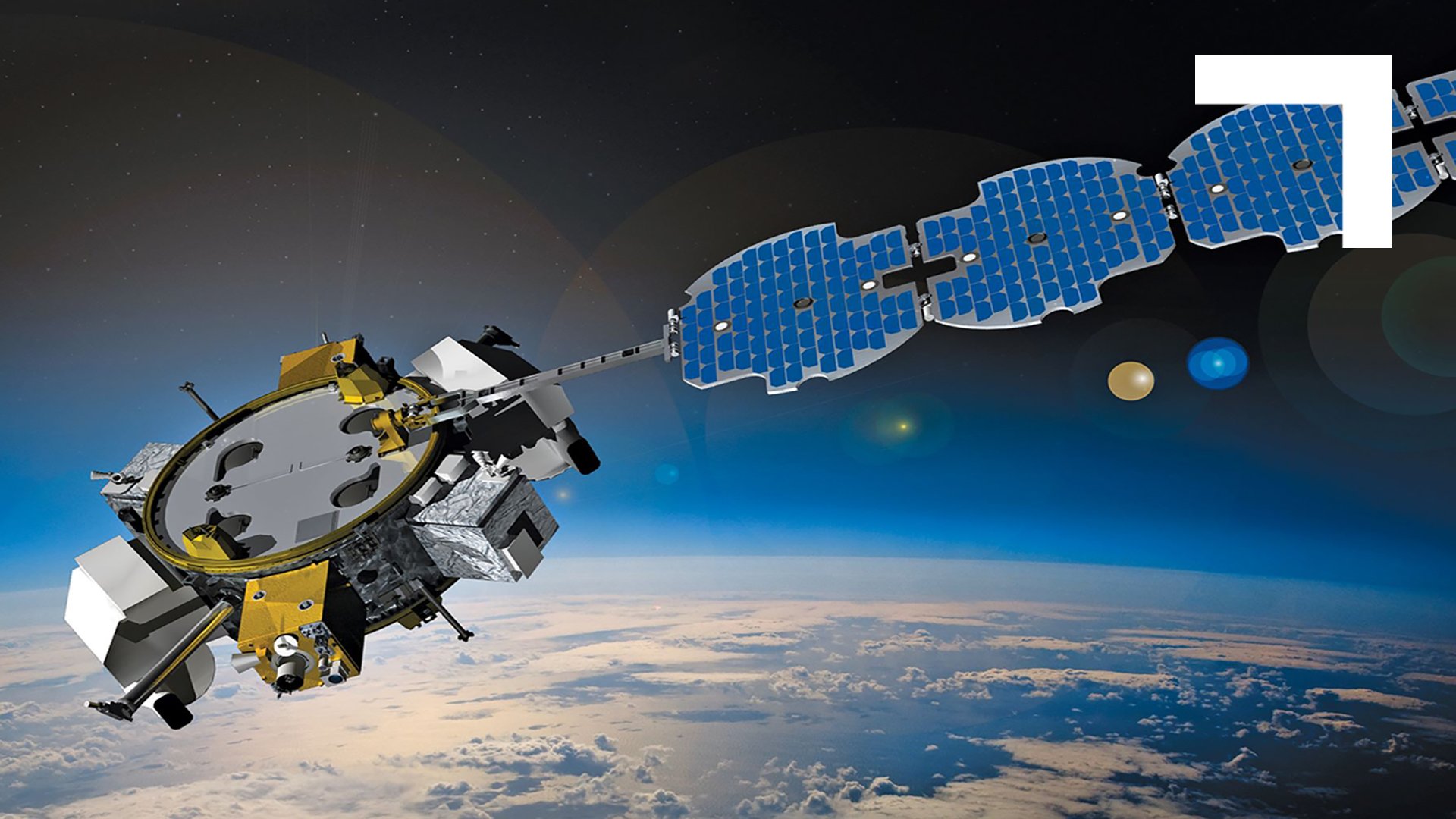 Meanwhile, LDPE-3A was the third and understood to be the last LDPE-style mission, with future flights of similar platforms taking the designation ROOSTER (Rapid On-Orbit Space Technology Evaluation Ring).

This technology demonstration will help test new ways of characterizing both the natural and human-made congested space environments.

Launch engineers are in final preps to raise Falcon Heavy vertical ahead of the USSF-67 mission. The weather looks good for a window open of 5:55 pm ET tonight.

Catcher is designed as a rapid response detection system that can keep up with the changing debris and environmental threat environment in space.

On this mission, catcher will test a laser sensor capable of counting laser pulse impingement from 532, 1064, and 1550 nm, a microwave sensor capable of counting microwave pulse impingement in the 5 – 18 GHz range, an impact sensor to monitor the acoustic environment created from debris impacts, and a radiation dosimeter to properly categorize radiation anomalies in orbit.

If successful, catcher-like devices could be deployed on numerous spacecraft in a variety of orbits to help create better situational awareness of the space environment around Earth.

Finally, WASSAT is a “prototype sensor for geosynchronous satellite belt stare collections,” according to a Sandia SSA R&D presentation available from the US Department of Energy.

While brief, the presentation notes that four COTS (commercial off-the-shelf) EO (electro-optical) cameras will provide 20 to 80 degrees of coverage.

USSF-67 was the fifth flight of SpaceX’s Falcon Heavy rocket, and the second in just over two months.

The rocket is capable of delivering 63.8 tonnes to low Earth orbit and 26.7 tonnes to geostationary transfer orbit.

Given the total satellite mass on this mission, the full capabilities of the Falcon Heavy to insert the payloads directly into geostationary orbit (GEO) was not needed.

This allows enough propellant to be reserved in the side boosters for them to make Return To Launch Site (RTLS) landings at Cape Canaveral. The brand-new center booster, B1070, was expended into the Atlantic.

The two side boosters on this mission, B1064 and B1065, both made their second flights after debuting on the USSF-44 Falcon Heavy mission in November 2022. Their landings marked the 174th and 175th Falcon recovery attempts. 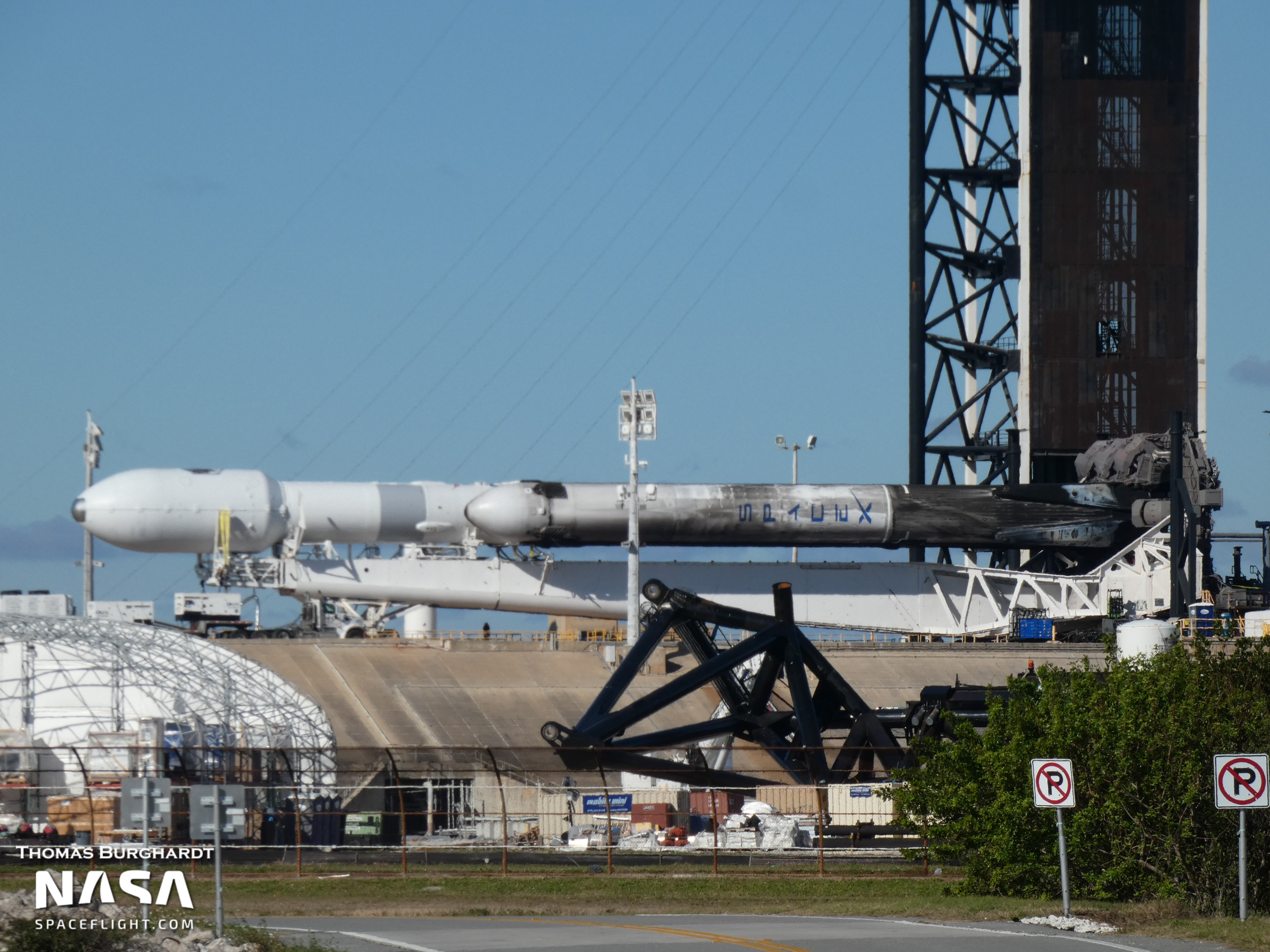 The gray stripe on the second stage helps the propellants remain at the correct temperatures during the multi-hour coast phase on direct GEO insertion missions. (Credit: Thomas Burghardt for NSF)

After the first stage separated, the second stage conducted a series of burns over the following six hours.

The first burn took the second stage and payloads into an initial low Earth parking orbit. A brief coast to equatorial latitudes took place, at which point the second stage fired its engine again, throwing the apogee of the orbit out to a near-geostationary orbital altitude of approximately 35,786 km while also starting to lower the orbital inclination down from 28.5 degrees.

An approximate five-and-a-half hour coast followed, at which point the second stage and payloads reached apogee and the second stage reignited its engine to circularize the orbit and finish lowering the orbital inclination to near zero.

Mission success with the launch was confirmed by the US Space Force shortly afterwards.

Falcon Heavy provides views no other rocket can. And tonight was especially awesome because of the timing with sunset.

“We had another fantastic launch today on a Falcon Heavy, just two months after our first National Security Space Launch mission using this launch system, and while the launch itself was impressive, I am most proud of the fact that we placed important capabilities into space that help our nation stay ahead of very real and growing threats,”  said Maj. Gen. Stephen Purdy, program executive officer for Assured Access to Space.

“We’re certainly on a roll with 96 consecutive successful national security space launches, and the takeaway is that we’ve really got a spectacular team working together on our most challenging launch profiles to ensure our mission partners get on orbit with confidence.”

Following payload deployment, SpaceX will perform a series of maneuvers with the second stage.

The first moves the stage into a slightly higher-than-geostationary orbit, known as the GEO graveyard. This is an area where upper stages can be placed safely as they usually do not have enough propellant remaining to perform a deorbit burn after a direct GEO insertion mission.

The second is a passivation maneuver on the second stage, opening up its various propellant valves without commanding engine ignition. This prevents any remaining propellant in the stage from creating increased pressure which could lead to the destruction of the stage.