Another busy week of rocket launches in China has come to a close. On Wednesday, the Yaogan 36 mission launched on a Chang Zheng 2D from Xichang, and on Friday, the launch of Shiyan 21 atop a Chang Zheng 11 rocket was conducted from the same spaceport.

In total, four launches were conducted from China this week. This includes the failed ZhuQue-2 methane rocket demo flight on Wednesday, and the launch of a Chang Zheng 4C out of Jiuquan on Monday, carrying the Shiyan 20A&B payload.

Liftoff of the Yaogan 36 Group 4 mission occurred on Wednesday at 18:25 UTC from LC-3 at the Xichang Satellite Launch Center (XSLC). The payloads went to a 490 x 502 km orbit with an inclination of 35° and an orbital period of 94.5 minutes. Besides minor information on the remote sensing capabilities of the payload, no official information on the payload was given in the statement that the launch was successful. 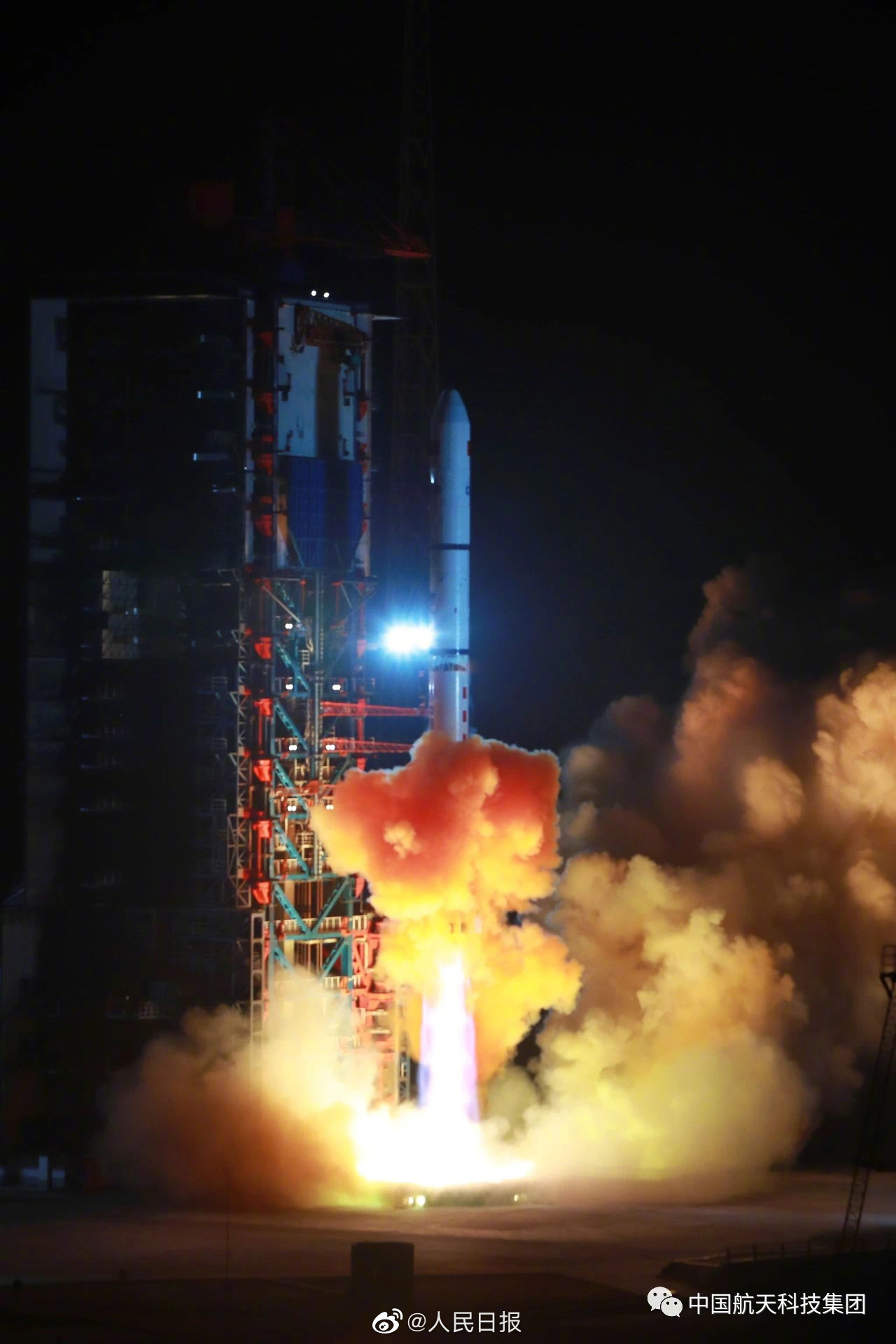 Yaogan Weixing payloads are classified military satellites that provide remote sensing and disaster protection capabilities to China. They are commonly referred to as just “Yaogan,” and are comparable to classified government satellites launched by the United States and Russia.

The Yaogan 35 & 36 satellites are special, as they are often triplets of payloads that are launched together. The purpose of these satellites is not known. The suspected usage of Yaogan includes a wide range of spy, national security, and surveillance purposes.

While no official statement has been given, the Yaogan mission patches from recent launches are forming a collage image of a sailboat. This might indicate some relation to ocean observation capabilities on the satellites.

For this mission, the Chang Zheng 2D (CZ-2D) rocket was used. The CZ-2D has been China’s workhorse rocket this year, with 15 launches under its belt in 2022. This makes it the second most flown rocket of the year, behind SpaceX’s Falcon 9 rocket, which has flown 56 times in 2022 thus far. All 15 CZ-2D flights this year have been successful.

The CZ-2D was developed by the Shanghai Academy of Spaceflight Technology (SAST). The rocket features two stages and is mainly used to loft payloads into low Earth orbit (LEO) and Sun-synchronous orbit (SSO).

The CZ-2D is essentially a two-stage version of the bigger Chang Zheng 4 rocket and has only experienced one partial failure in its career with the launch of the SuperView-1 mission in December 2016. Since then, it has launched successfully 41 times, bringing its total launch count to 73 launches.

I'm not sure if this is the correct way to make the collage of Yaogan-35 & 36 mission patches. At lease, it seems two more Yaogan-36 launches are needed to make a hexagon, together with the bottom four.
(And, the current collage looks like a sailboat⛵️) https://t.co/lglUflOuv3 pic.twitter.com/NViIVZ42w3

Shiyan-21 was developed by the China Aerospace Science and Technology Corporation (CASC) and is an test satellite of unknown purpose, with unclear details regarding its mission.

The name Shiyan means “experiment” and is used as a label for technology demonstration missions developed by China. 3D printing technology is being tested on this mission, with the satellite using a frame structure that was completely printed, shortening the delivery time of the satellite by 40%. It is unclear if this test of 3D printed technology is the primary purpose of the mission.

Another view of the “pop”: pic.twitter.com/F7yRAXUanD

It is the first and only solid-based rocket developed by China and was designed by the China Academy of Launch Vehicle Technology (CALT). Its goal is to offer a cheaper and faster way of launching payloads to space. Given that the rocket only uses solid propellant, it can be stored easily and deployed when needed. 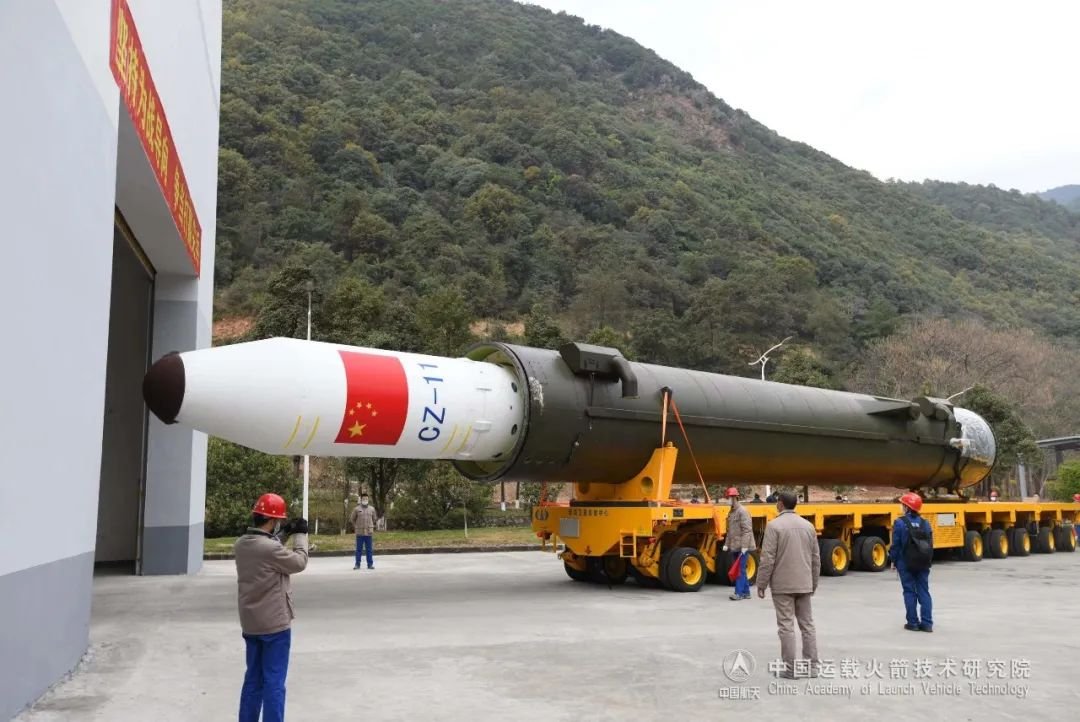 At liftoff, the CZ-11 generates 1,176 kN of thrust. Standing 20.8 meters tall with a diameter of 2.0 meters, the rocket can launch with a fairing that is either 1.6 meters or 2.0 meters in diameter. For this launch, the larger 2.0-meter fairing was used. Some of the preview pictures for this launch, published by CASC, show a different fairing diameter, which makes it likely that these are pictures from a previous launch.

Both Yaogan 36 Group 4 and Shiyan-21 launched out of the Xichang Satellite Launch Center (XSLC) in China. Located about 60 kilometers away from the city of Xichang, the site has been the site of many Chinese rocket launches since 1984. It is a spaceport that has faced harsh criticism in the past due to its inland location and close proximity to populated areas, which has unfortunately led to some expended rocket stages impacting nearby villages, injuring and killing residents.

With the launch of these two missions, a total of 62 launches have been conducted out of China this year. There is at least one more mission planned for the year, with the Beidou-3 mission possibly launching on Dec. 30.